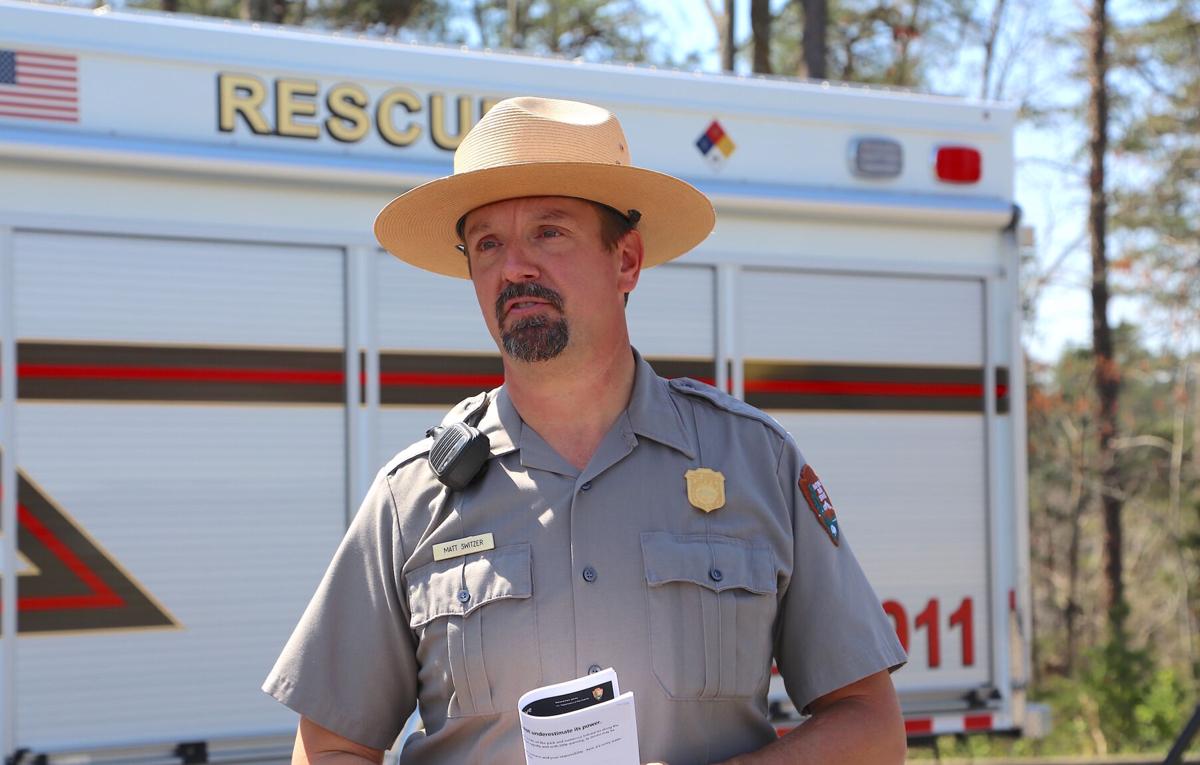 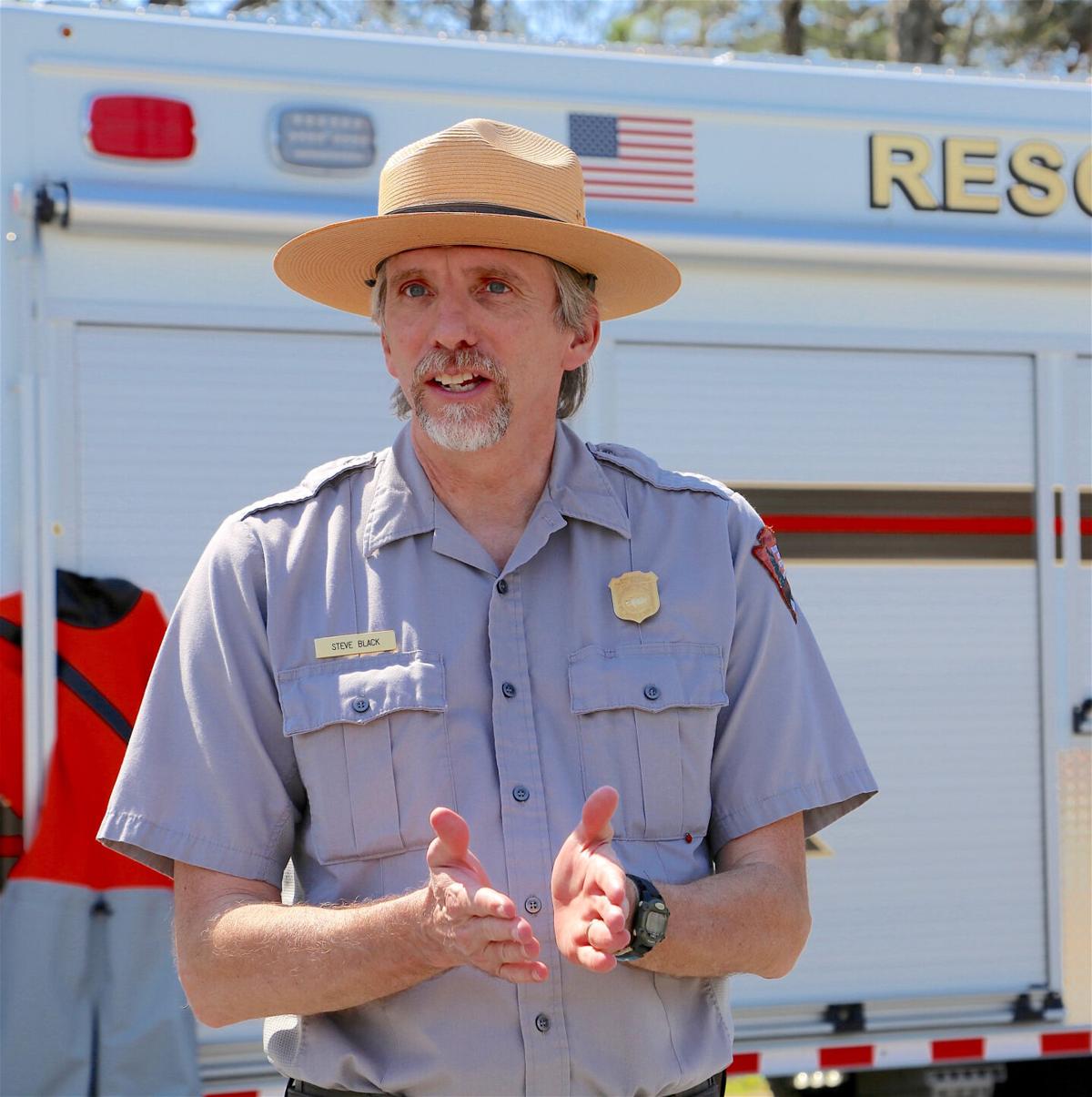 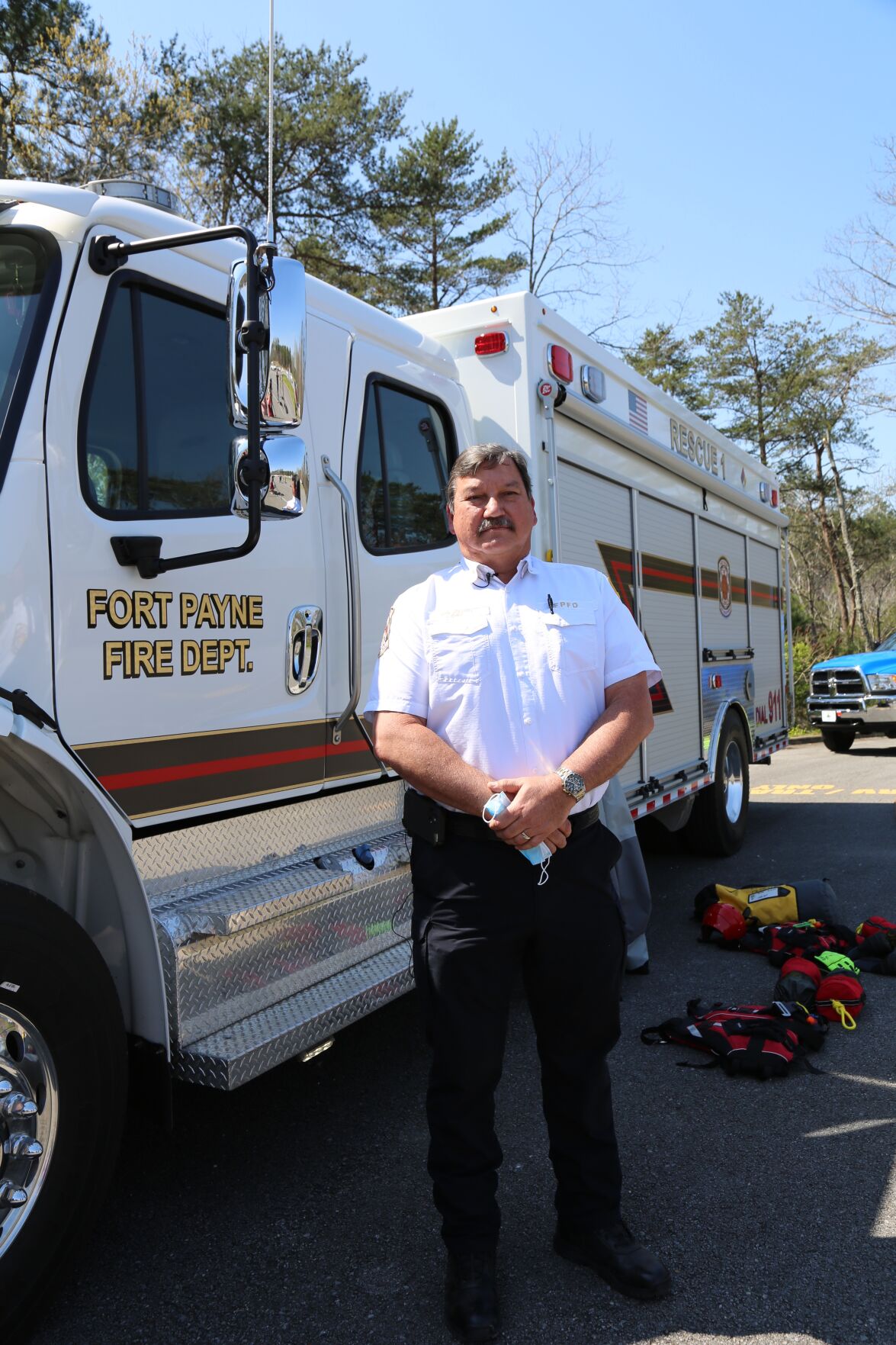 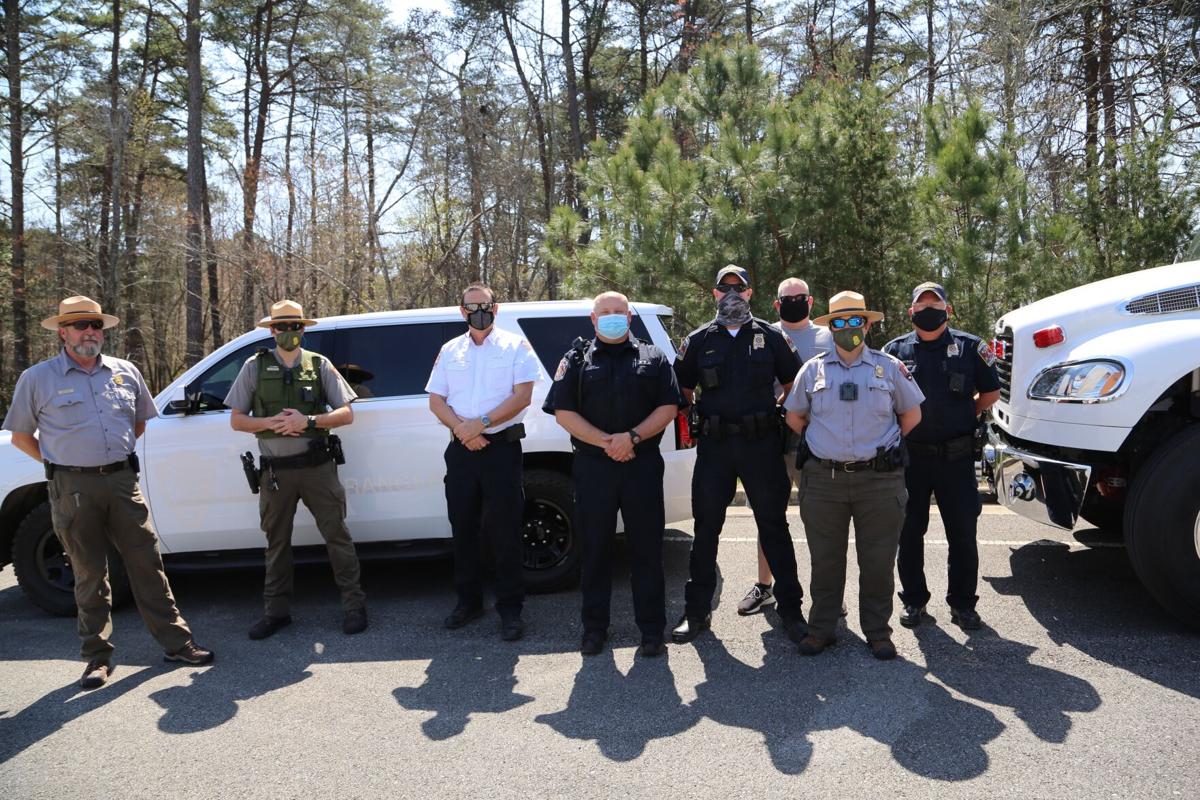 Alabama Law Enforcement Agency State Trooper Eric Watson, center, said it's important to "know your surroundings" and understand the conditions of the river before visiting. 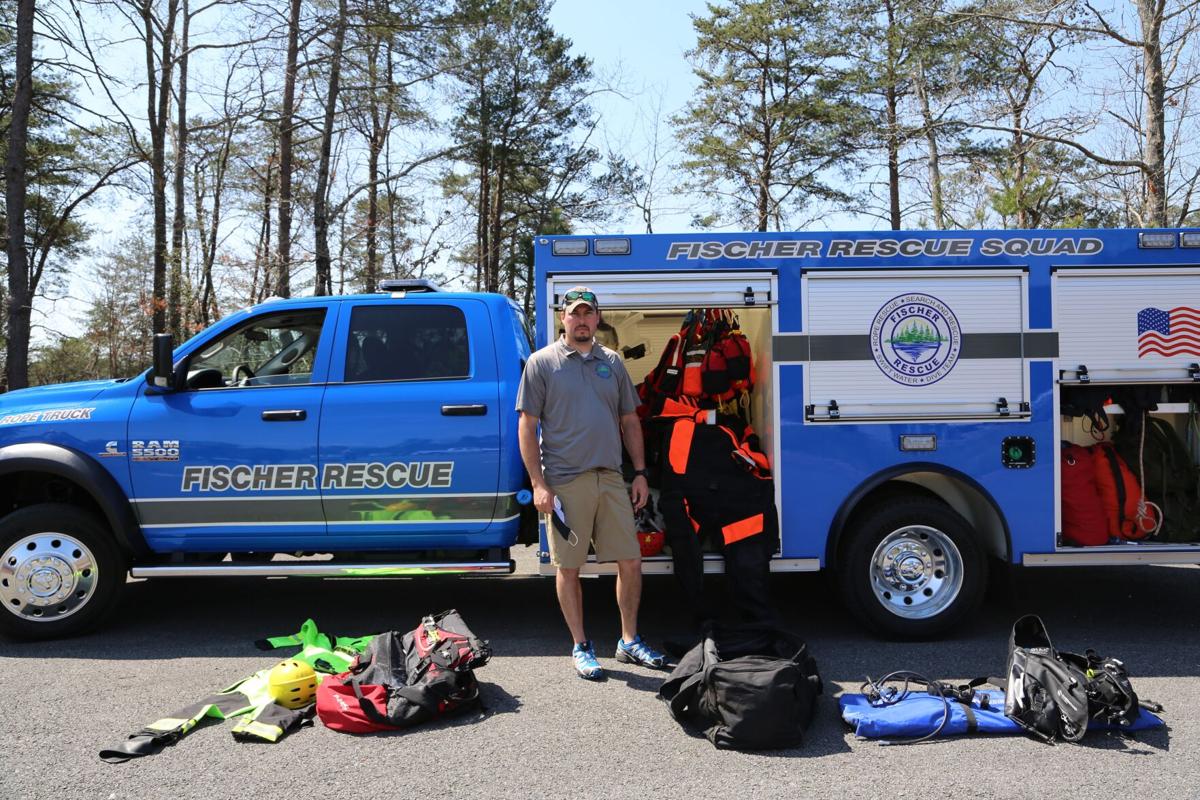 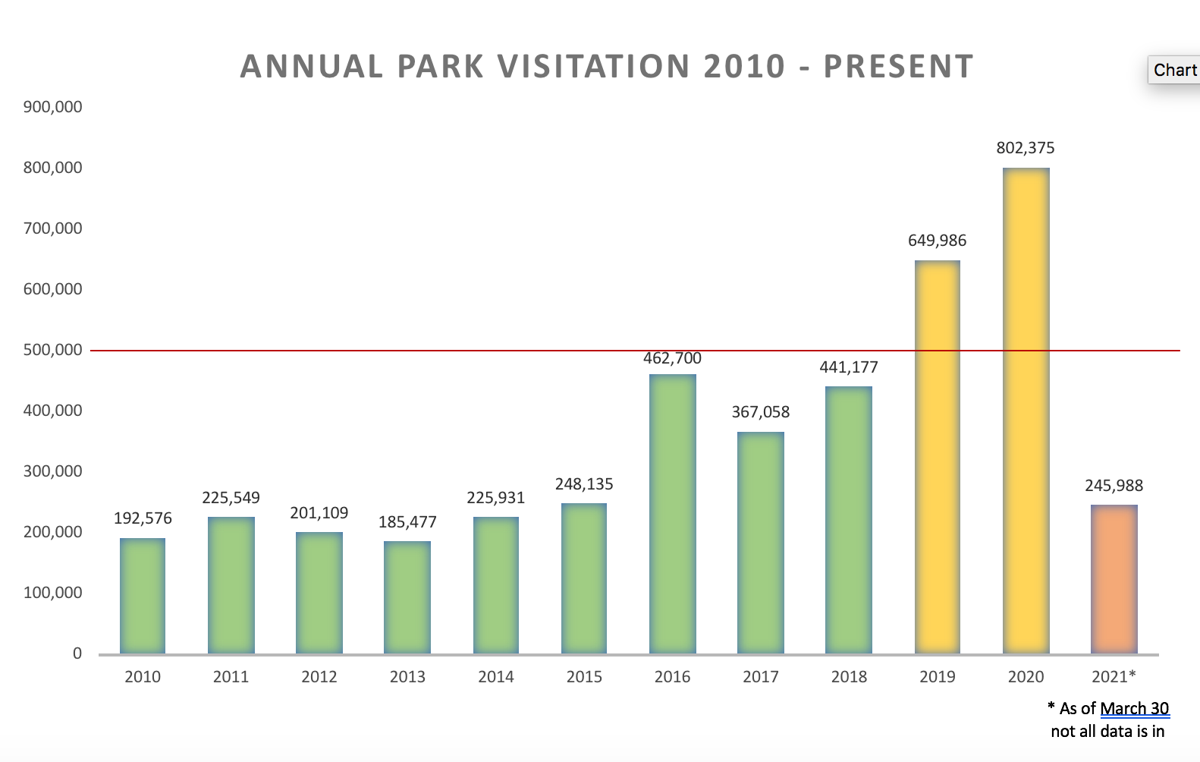 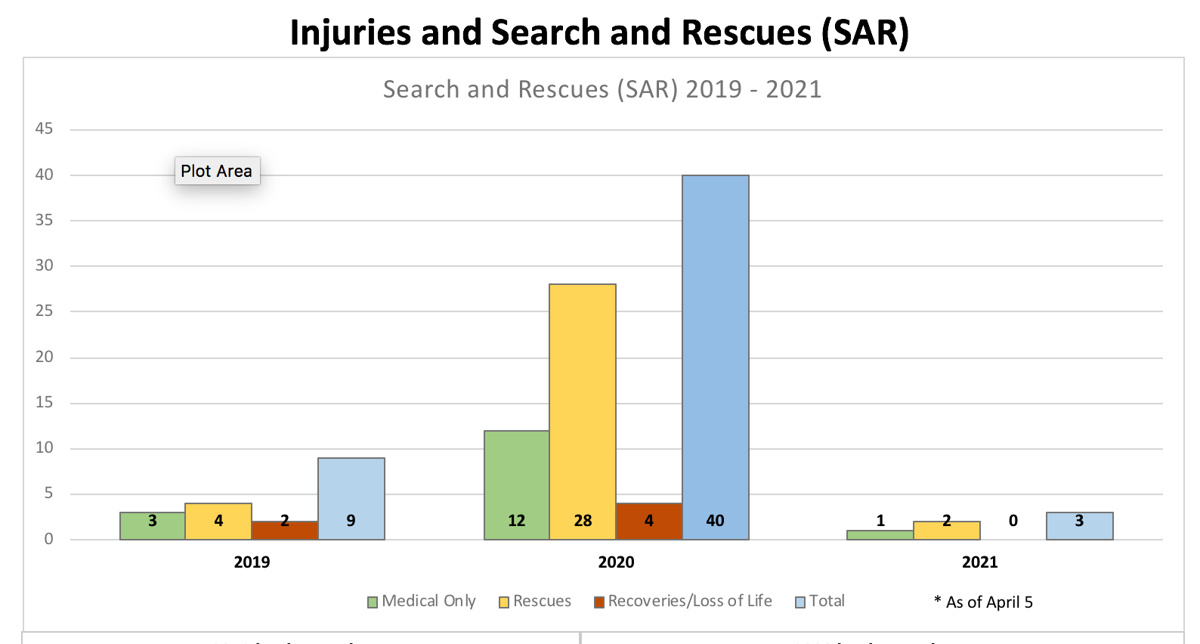 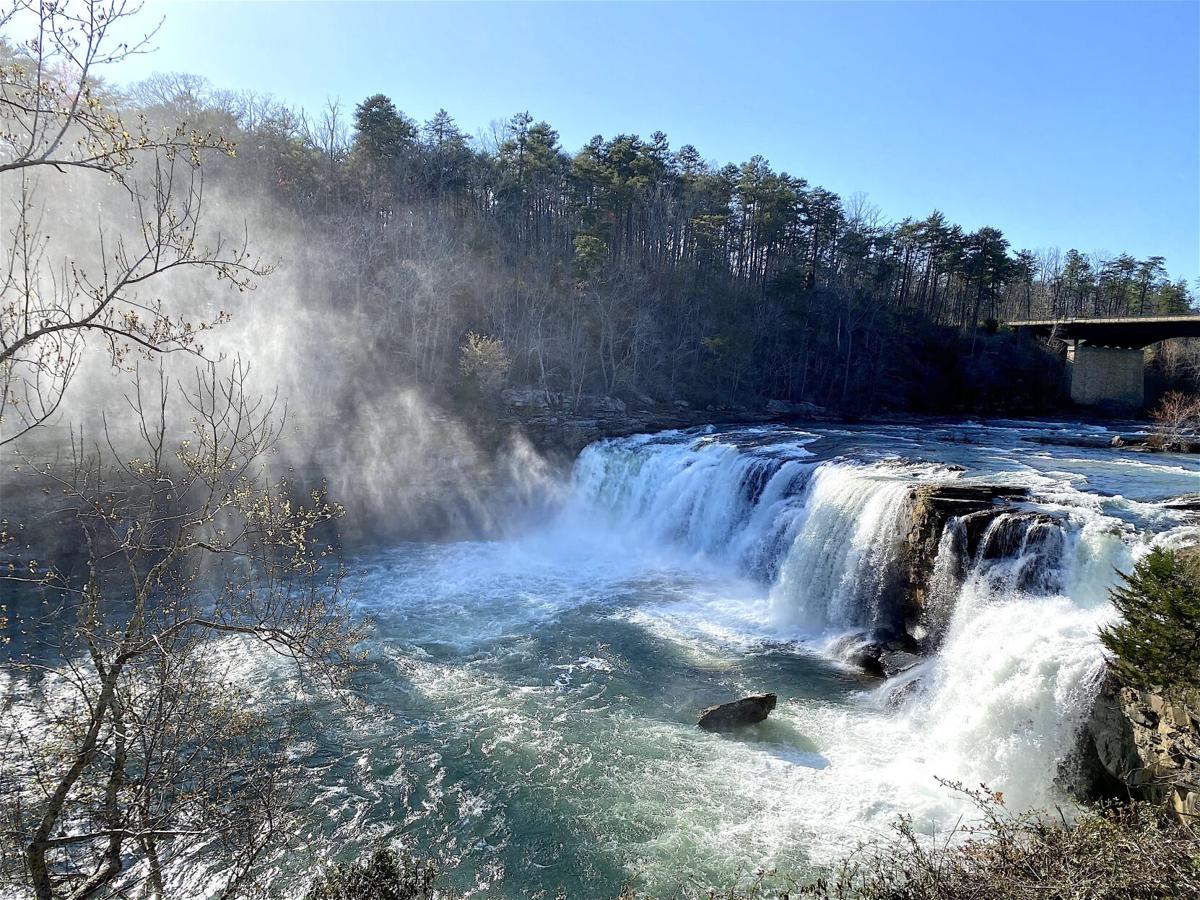 The photo above of Little River Falls was taken Friday, April 2, 2021.

Alabama Law Enforcement Agency State Trooper Eric Watson, center, said it's important to "know your surroundings" and understand the conditions of the river before visiting.

The photo above of Little River Falls was taken Friday, April 2, 2021.

Little River Canyon National Preserve Public Information Officer and Park Ranger Matt Switzer said the event served as a way to help visitors make the best out of their visit and leave with good memories, rather than tragic stories.

“We specifically wanted to address water safety here,” he said. “Last year, we had a very busy year, unfortunately, we also had a lot of search and rescue events, much more than we had in the past years.”

Little River Canyon National Preserve Superintendent Steve Black said LRC is a wonderful place with sites to see and things to do, and as a result, there were more than 800,000 visitors last year.

“Last year's visitors broke all records by 150,000 people,” he said. “Unfortunately, there’s been some tragedies.”

High water levels from heavy rains and swift currents have resulted in multiple drownings in the last few years.

Black encourages people to visit and enjoy the park however, be aware and understand possible dangers to prevent incidents.

“We have a very small staff here at the park, so when an injury or accident occurs it takes everybody on our staff, no matter what your job description is to come out and participate to get that individual rescue safely and get them the appropriate medical help,” said Switzer.

He said their team cannot carry out the work alone which is why they have a variety of partners in the first responder community who they rely heavily on.

“There are about 18 different agencies that come out and assist us when we do have an incident depending on where the incident occurs here in the park and what the incident is,” Switzer said. “We have representatives from three of our major agencies that help us out and that’s by no means a full example of everyone who co-operates independently.”

Fort Payne Fire Chief Ron Saferite most people don’t realize the preparations they have to do at the top of the canyon when trying to save a person, which includes setting rope bridges and rigging systems to repel down, having safety and play ropes among other things.

“It’s probably a 10 to 15-minute process just to get everything set up to get the equipment down,” he said. “We try to get an EMP down there as soon as possible then work on getting everything else to get the basket down to them.”

Saferite said over his years of service there have been many improvements including better personnel training and the availability of access to a helicopter from the ALEA utilized by state troopers to help get people out of the canyon instead of having to bring them out via ropes.

“It makes a lot of difference between life or death,” he said.

Referring to the many out-of-town drownings, Watson said it comes down to knowing the area you're visiting.

“A lot of people have no idea, all they know is they're going to the canyon, they have no idea what the area looks like, what the water conditions are or any of it. They just come and jump in the water,” he said. “They don’t realize the hydraulics and the pressure of the water till they get here.”

Watson said often people will say, ‘Well I can swim,’ but they work drownings every year and most of the drownings are people who can swim.

“Life jackets float, you don't,” he said. “You get tired and cold water has a reaction with your muscles that causes you to cramp up and it doesn't matter if you’re an Olympic style swimmer, when you cramp you're going down.”

Echoing fellow rescue members, Switzer said you can be a strong athlete and strong swimmer, but cold water still freezes your muscles. And you will still succumb to the river.

“A river is totally different from a lake or a swimming pool,” he said. “It’s a much more dynamic environment with currents.”

Organized in the early 1960s by the Fischer Explorer Scouts, the all-volunteer squad features trained divers who are dispatched during search and rescue operations, swift water rescues, rope related and searches among other aspects. Their members include veterans who have served from various military branches.

“We are 100% volunteers with probably 30 individuals on the roster and about 20 that are active members,” said Green. “We are all on-call all the time. We also all have full-time employees and have our jobs.”

He said when an incident occurs, members leave their jobs to come and perform search and rescue operations.

Switzer noted the FP Fire Department and the Fischer Rescue Squad work “very well” together for two agencies that don’t necessarily train together.

Also, he said, a swift and successful treatment, rescue or recovery operation would not be possible without the cooperation of the highly trained local and state professionals of the following agencies:

Switzer said because Little River is primarily a rain-fed river, with miles of the river north of the park and numerous tributaries along the length of the river, the water levels can change rapidly and with little warning, as storms may be occurring up-river from the park sight unseen.

In 1992, the Little River Canyon and surrounding areas became part of the National Park Service. The Preserve protects over 15,000 acres of land and many rare, threatened and endangered species.

The park is open from sunrise to sunset.