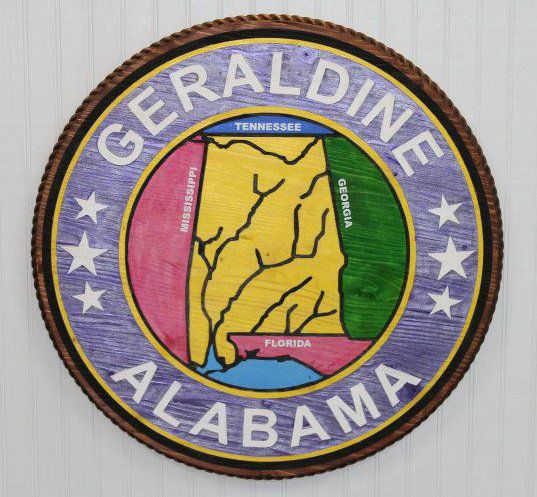 Pictured above is Buckles post made Tuesday night after the State of the Union.

Pictured above is Buckles post made Tuesday night after the State of the Union.

The Geraldine Chief of Police has responded after the assistant police chief, Jeff Buckles, made a post on Facebook alluding to threats to the Speaker of the United States House of Representatives, Nancy Pelosi.

Tuesday night, Buckles posted on his personal, but public Facebook profile, “Pelosi just ripped up his speach. Roadside bomb on her way home and any other Dumbocrats.”

The post was written in regards to Pelosi tearing up a copy of President Donald Trump’s State of the Union address speech on which was held Tuesday night.

The original post was deleted or made private, but not after hundreds of people responded or shared it.

Buckles posted an apology on Wednesday that read, “I want to apologize for venting on FB. I have definitely offended some people with my remarks. It just rips my heart out that our great country is so divided.”

Chief of Police Heath Albright released a statement Friday morning that said the city is conducting an investigation but no further details are available.

“The Geraldine Police Department has been made aware of a Facebook post made by one of our officers,” the statement read. “The post has since been deleted. The incident is being investigated. Due to the current investigation, no further comment can be made. We will make further statement at the conclusion of the investigation.”

Geraldine Mayor Chuck Ables said city officials met with their attorney Thursday to discuss the incident, but the investigation is still ongoing.

Would this not be a threat I have a son in law that was put in jail because of a threat that they said he done but a cop does some thing like this and nothing gonna get done but investigating it? Mind as well be same as a threat and he brought up bomb in that. Treat us all the same cop or not

It's called Making Terrorist Threats, and that includes things like threatening to beat up your wife's boyfriend. This guy wasn't just a cop – he IS Assistant Police Chief!

Yes i agree whether L.E.O. especially assistant chief or otherwisehe should be treated like anyone else.

I know of people venting themselves who made no such violent statement who wound up in court.

What gives here I donot understand.

I think what gives here is an FBI in thrall to a President who encourages bombing his opponents. In Sept. of last year a U.S. Army soldier was arrested for posting online instructions on how to make roadside bombs for the purpose of killing Democrats. There are many online comments elsewhere, that praise Assistant Chief Buckles, saying they want to do the same, blow up Pelosi and half the country's citizens. We've come to a sorry pass when people like Buckles get to strut about threatening the populous and we sit on our hands.

This individual should be charged with making a terrorist threat. What is the holdup?

Partly cloudy in the morning followed by scattered thunderstorms in the afternoon. High 86F. Winds NW at 5 to 10 mph. Chance of rain 40%.