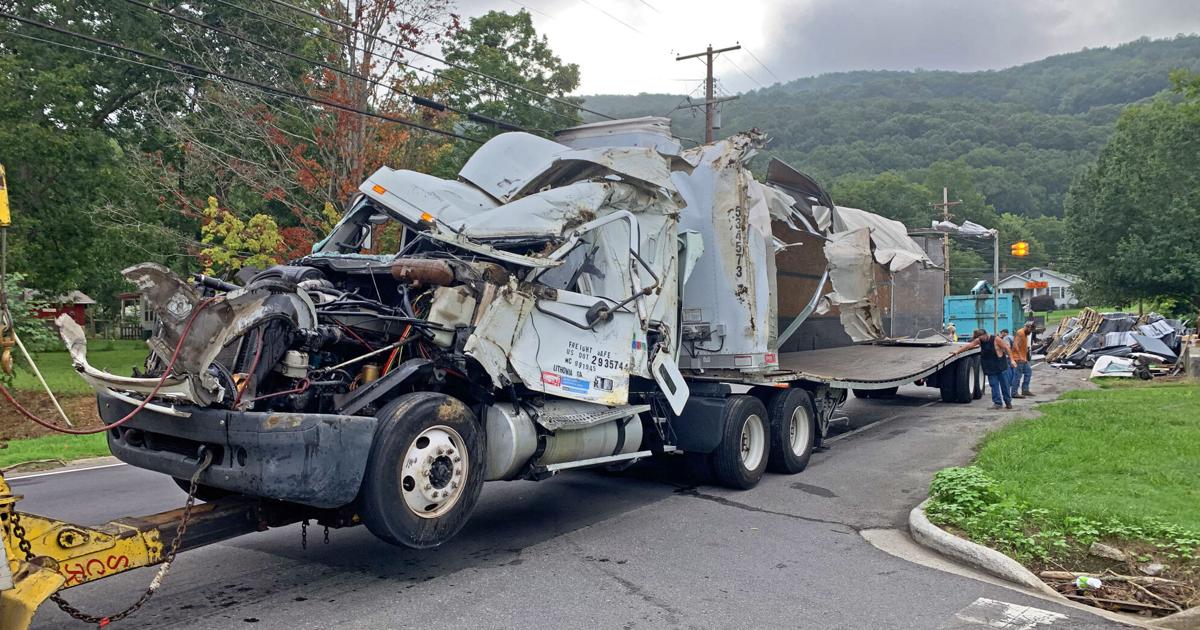 The truck driver, Devin Lamar Morgan, of Austell, Georgia, was transported to Erlanger Hospital in Chattanooga with injuries not believed to be life-threatening. 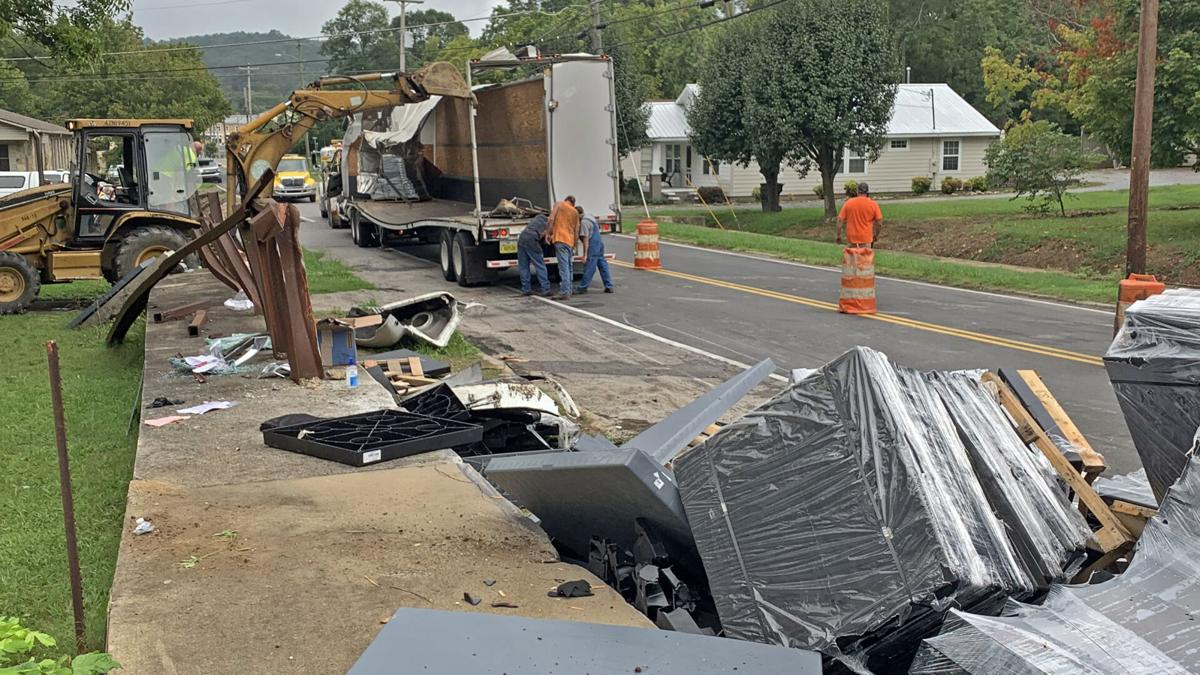 The truck driver, Devin Lamar Morgan, of Austell, Georgia, was transported to Erlanger Hospital in Chattanooga with injuries not believed to be life-threatening.

At approximately 5:40 a.m. Wednesday morning an 18-wheeler semi-trailer truck crashed into Joe’s Truck Stop – the infamous concrete slab at the base of Lookout Mountain that’s been the scene for dozens of accidents over a span of eight decades.

The left side of the truck trailer was sheared off by the collision as the truck landed on its side, spilling its full of load of cargo onto the road. It was transporting mounting pads used to provide a flat, stable surface for air conditioning units.

Fort Payne Police Chief Randy Bynum said the incident is under investigation, into the wreck continues, but "it appears that the truck might have been traveling too fast at the curve as he attempted to make the right turn at the bottom and his load shifted and overturned". Officers were still working on the accident report late Wednesday morning. Bynum said the truck driver, Devin Lamar Morgan, of Austell, Georgia, was alert and talking as Fort Payne Fire and Rescue personnel worked to free him from the heavily mangled forward cab.

Fort Payne Fire Chief Ron Saferite said tools were used to pry open the driver’s side door enough for the driver to squeeze out on his own, escaping the accident with a few lacerations.

“They did a good job cutting him out,” Saferite said.

Morgan was transported to Erlanger Hospital in Chattanooga with injuries not believed to be life-threatening, according to DeKalb Ambulance Service Director Cheryl Turner.

The Fort Payne Police Department barricaded Alabama Highway 35 at Fifth Street NW and Godfrey Avenue, redirecting traffic around the scattered debris as the Fort Payne Public Works Department poured materials to prevent fluids leaking from the smashed truck from contaminating the small creek that runs along Fifth Street N flowing to Dye Branch, which goes to Big Wills Creek, ending up at the Coosa River near Gadsden.

Vehicles from the Street Department, stationed a block away, quickly went to work using heavy cranes and bulldozers to scoop up the pile of rubble so the busy roadway could be cleared. The work took several hours to complete. Public Works Director Tim Williams coordinated the cleanup effort.

Representatives from the DeKalb County Emergency Management Agency were on hand to provide logistical assistance as needed to contain the incident.

Mayor Larry Chesser visited the scene and noted that there had been fewer wrecks at Joe’s Truck Stop since 2014, when the city of Fort Payne entered an agreement with the Alabama Department of Transportation to install the brake check atop Lookout Mountain aimed to prevent accidents at the 90-degree turn at the bottom of Wallace Avenue NE. Trucks are supposed to stop and check their brakes using the honor system, but in any case, it gets their attention so they can slow down before it’s too late. Adding flashing warning lights and widening the road as it approaches the curve have also led to fewer accidents in recent years.

“The re-routing and overpass is on the books in Montgomery and it’s just a matter of time. I’d say probably five years or more,” Chesser said, referring to a long-awaited ALDOT project to extend Wallace Avenue NE so drivers have a better chance of regaining control of their trucks. “They’ve already chosen the route, connecting across the creek and railroad and connecting down at the South Y.”

J.D. Faulkner erected the first concrete barrier in the late 1950s at the turn to deter vehicles coming down the mountain and attempting to navigate the sharp turn from striking his family’s property, Bynum said.

Over the years, the yard and house behind the barrier have been showered with large quantities of potatoes, steel, live poultry, cattle, sugar, lumber, manure, frozen chicken, watermelons, rice, eggs, lettuce, wood chips, marble chips, milk, cement filler, tar, clothing, cardboard and beer. Several truckers have been killed in grisly accidents. In 2012, a truck plowed into a home, and residents were evacuated in 1975 after a truck overturned and a toxic chemical was spilled, according to news archives.

Wednesday’s wreck struck with such force that a section of the 4-foot-thick steel-reinforced concrete slab was knocked loose from the rest.

Partly cloudy during the evening. A few showers developing later during the night. Low near 65F. Winds light and variable. Chance of rain 30%.

Partial cloudiness early, with scattered showers and thunderstorms in the afternoon. High 79F. Winds SW at 10 to 15 mph. Chance of rain 60%.

Partly cloudy during the evening. A few showers developing later during the night. Low near 65F. Winds light and variable. Chance of rain 30%.

Showers and thundershowers during the evening will give way to steady rain overnight. Low near 55F. Winds NNW at 5 to 10 mph. Chance of rain 90%.