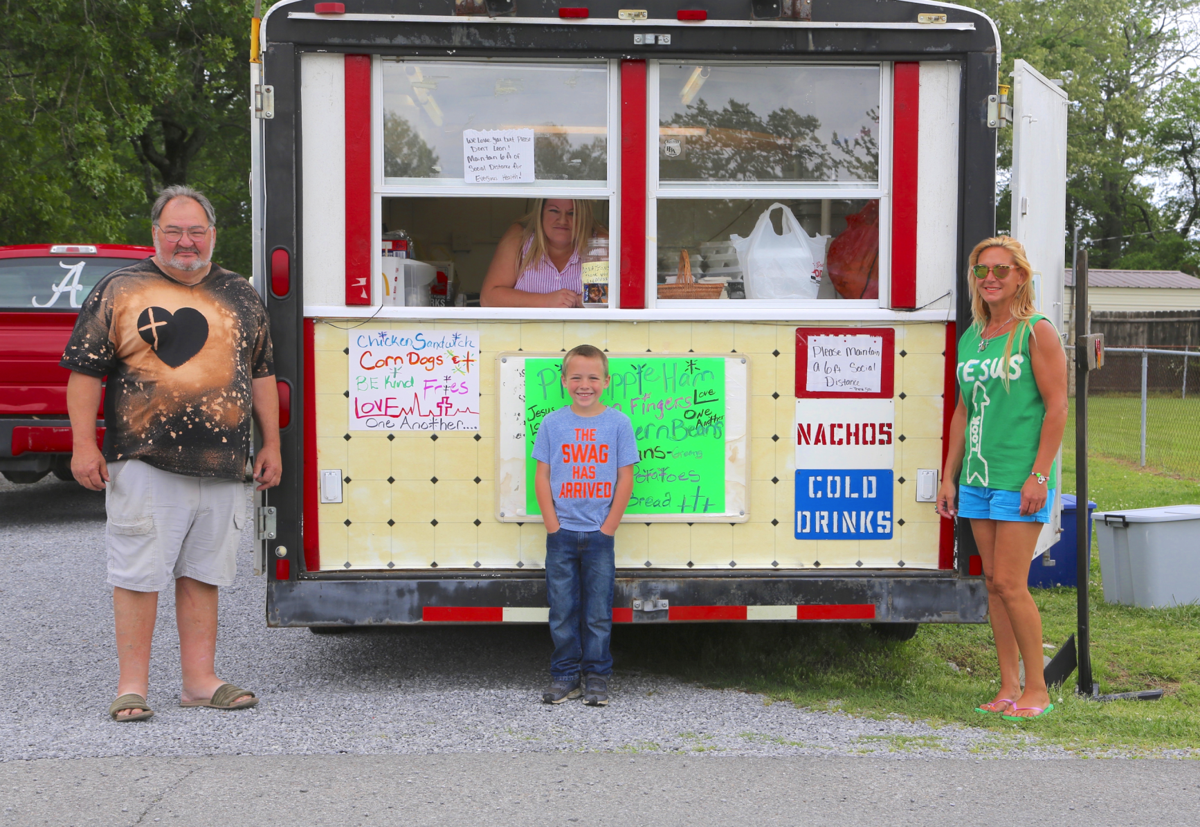 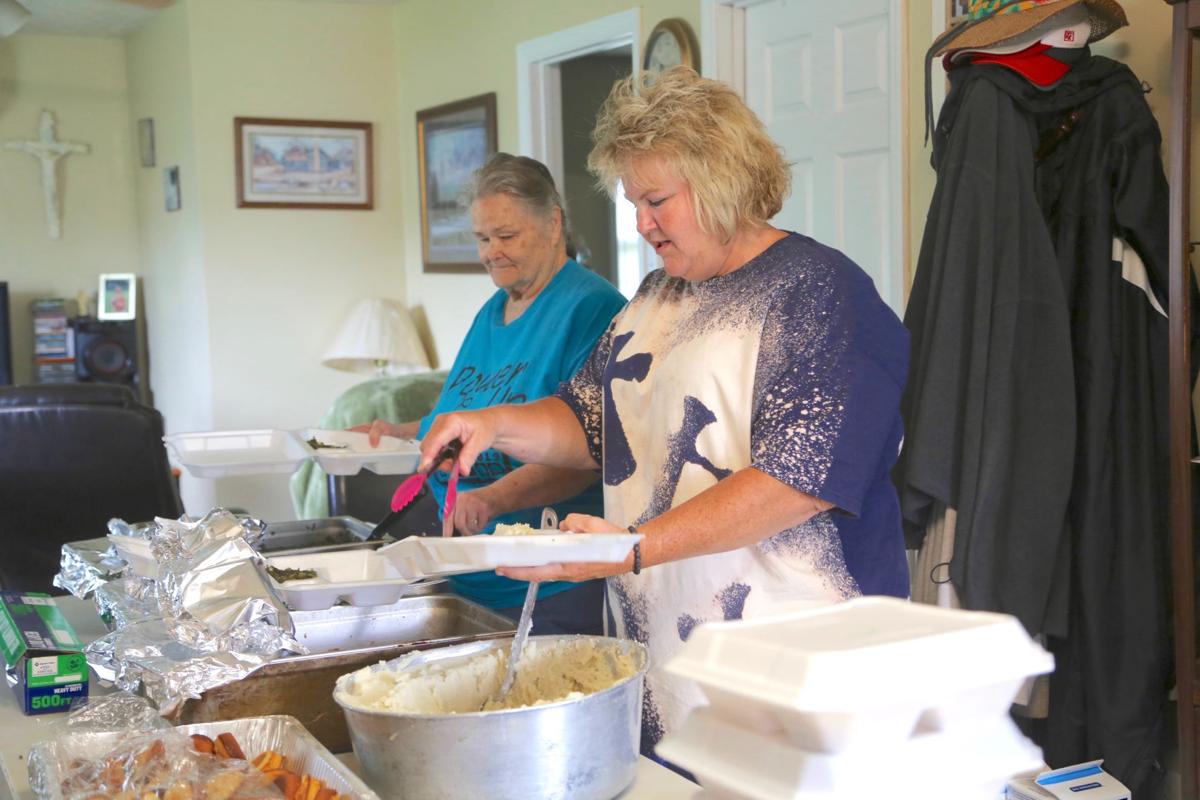 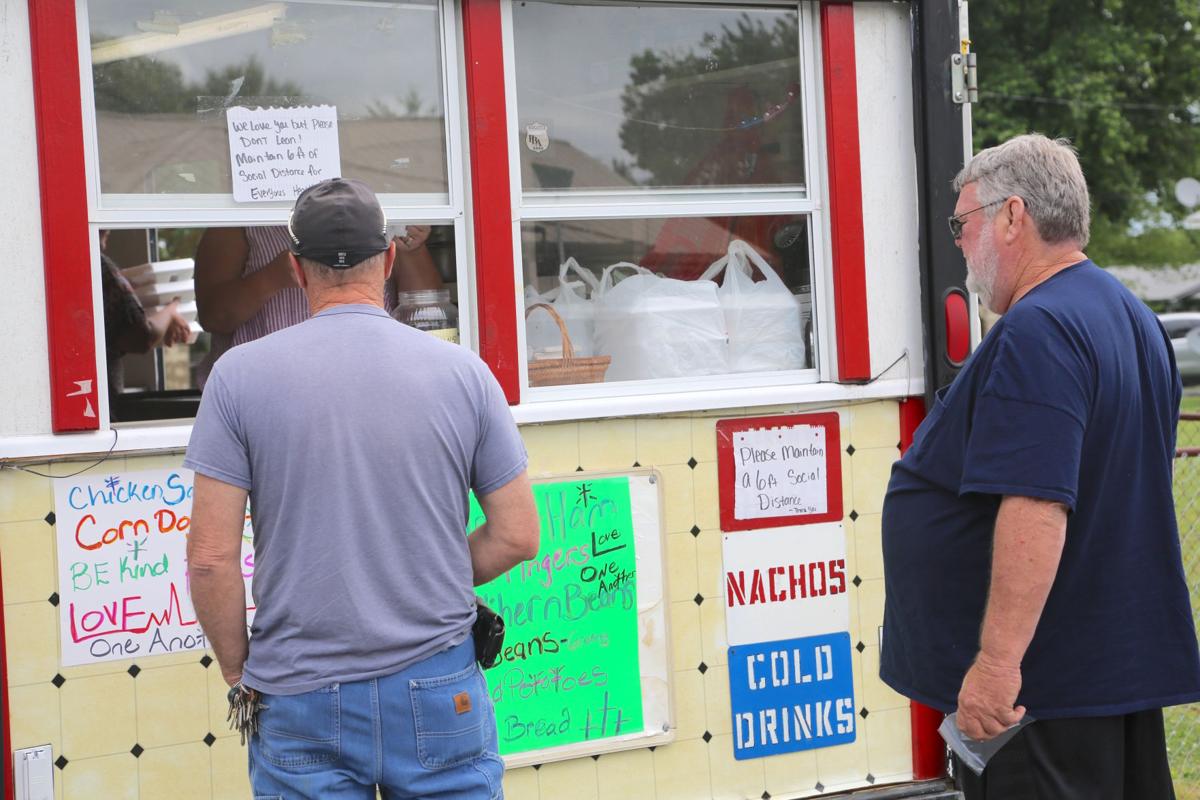 For more than two months, Mark Young of Henager has provided meals to locals during the COVID-19 pandemic.

Young, food truck owner and cook, has been using his talents to serve meals for residents in the Henagar area twice a week.

“I started in mid-March right after all the [virus crisis] started and everything shut down,” he said.

Young runs his food truck on donations and money out of his own pocket. The meals are free and are served on Tuesdays and Fridays.

Young said there were a lot of people struggling, going without and many still are.

Volunteer Larry Sims said they usually start setting up about 8 a.m. getting things ready and are there until the food runs out.

He said most days, people are waiting around 10:30 to get a plate. Young also provides meals for various Henagar city employees.

Young’s food truck sees individuals to whole families and some volunteers come and pick up 16 to 19 plates each to distribute to the elderly throughout the community.

“A friend of mine gave me a list of people who didn’t have anything and were afraid to get out of the house, so I got volunteers who come and carry them plates of hot food,” said Young.

The meals vary from day to day. On Tuesday, Young and his volunteers served pineapple ham, mashed potatoes, turnip greens and cornbread. He also had chicken fingers, fries and corn dogs.

“I give them a choice. A lot of people say ‘you should give one thing,’ but I don’t. I am cooking because I care, not just to feed people,” Young said.

“I usually do a lot of chicken fingers, too, because that's what the kids like to eat,” he said.

Young’s food truck was set up by the Henagar Library but has recently moved to the front of his home to allow him and the volunteers easier access to food and cut down on travel time as well.

“My food truck is not very big. I am now about 10 steps from my food truck where I used to have to drive about a mile back and forth,” he said.

Young is no stranger to the community. His family ran a restaurant business in town for nearly 30 years.

“I’ve been feeding the people in this community for years, except for this time I am just giving the food away,” he said.

Aside from serving hot meals during the coronavirus crisis, Young also provides meals for those in need during Thanksgiving and Christmas.

If you are interested in donating Young, say you can come by the food truck or mail-in donations to 194 Greenwood Drive in Henagar.