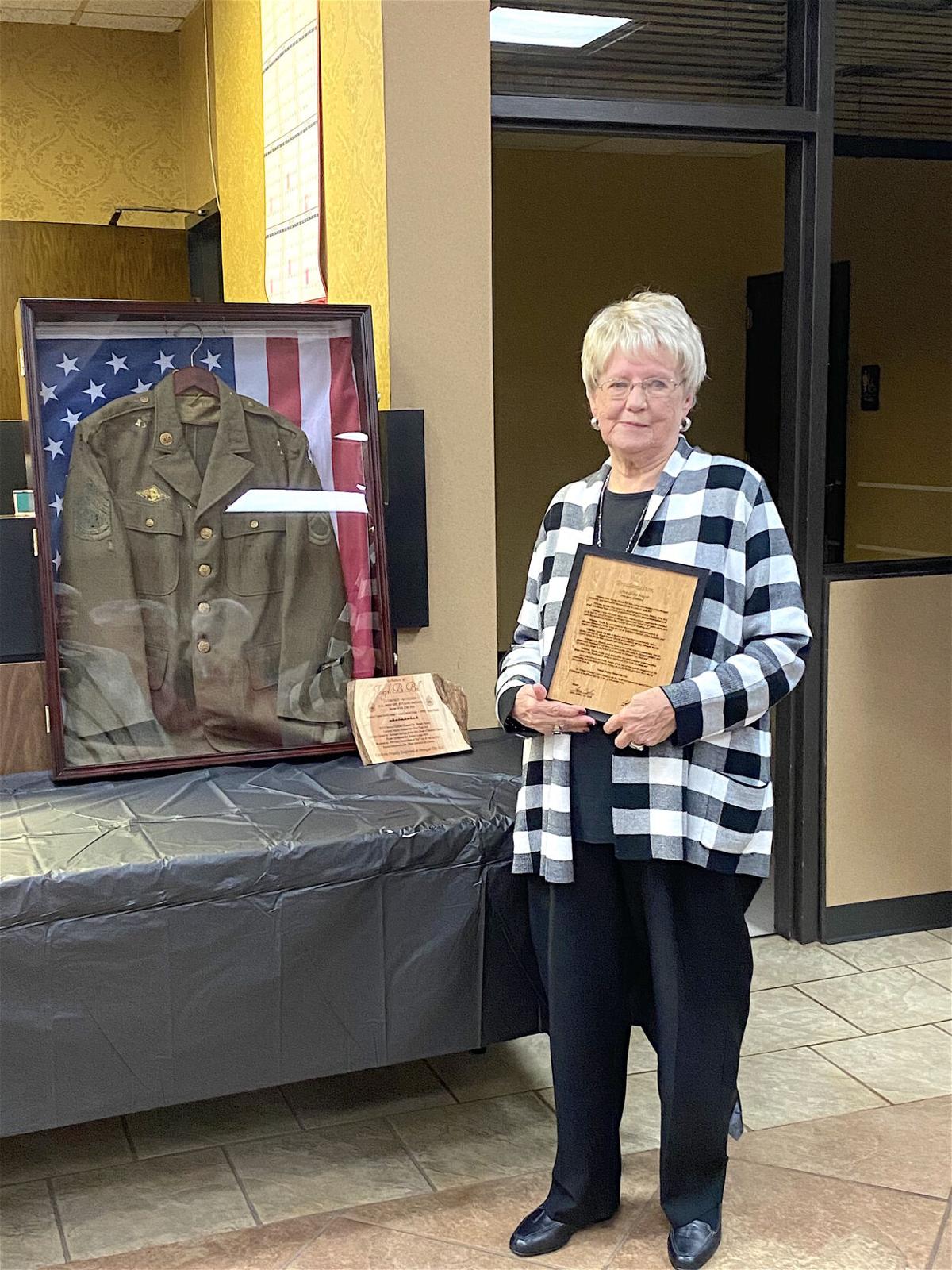 Wanda Hulsey has spent several years preserving a WWII uniform owned by Joseph B. Bell, who passed away in 2003. The City of Henagar honored Hulsey last week for her work and the uniform is on display at City Hall. 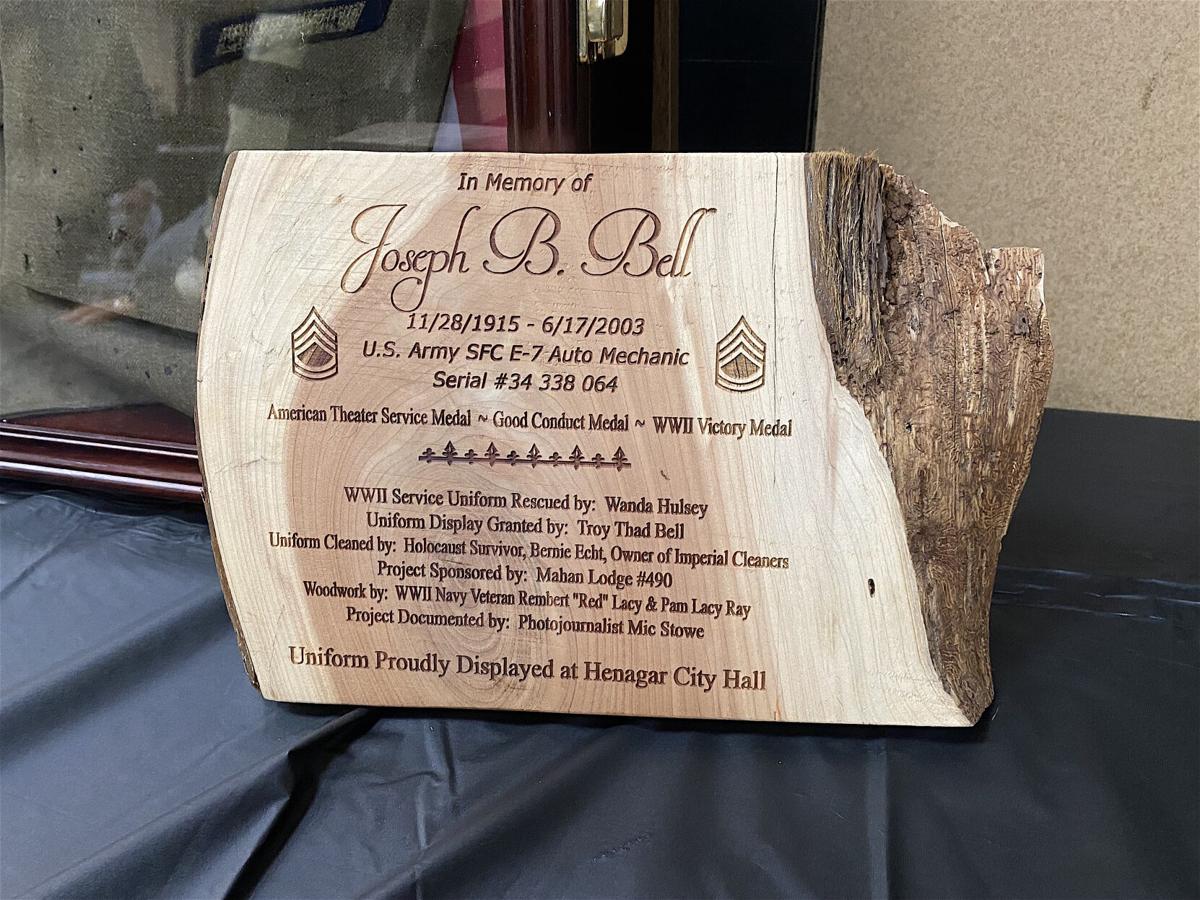 Pictured is a plaque made for Joseph B.Bell. 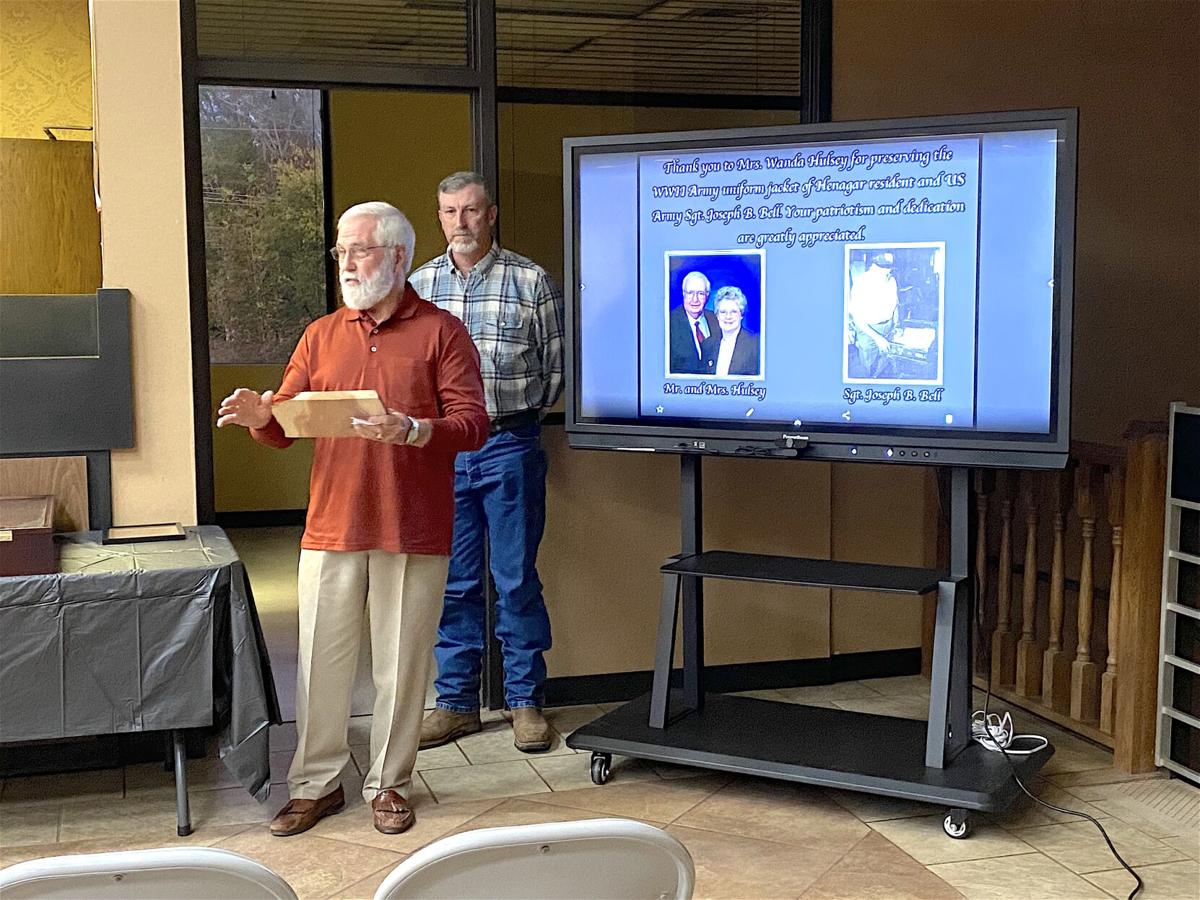 Mike Howell, left, reads the inscription of the plaque made for Joseph B. Bell. 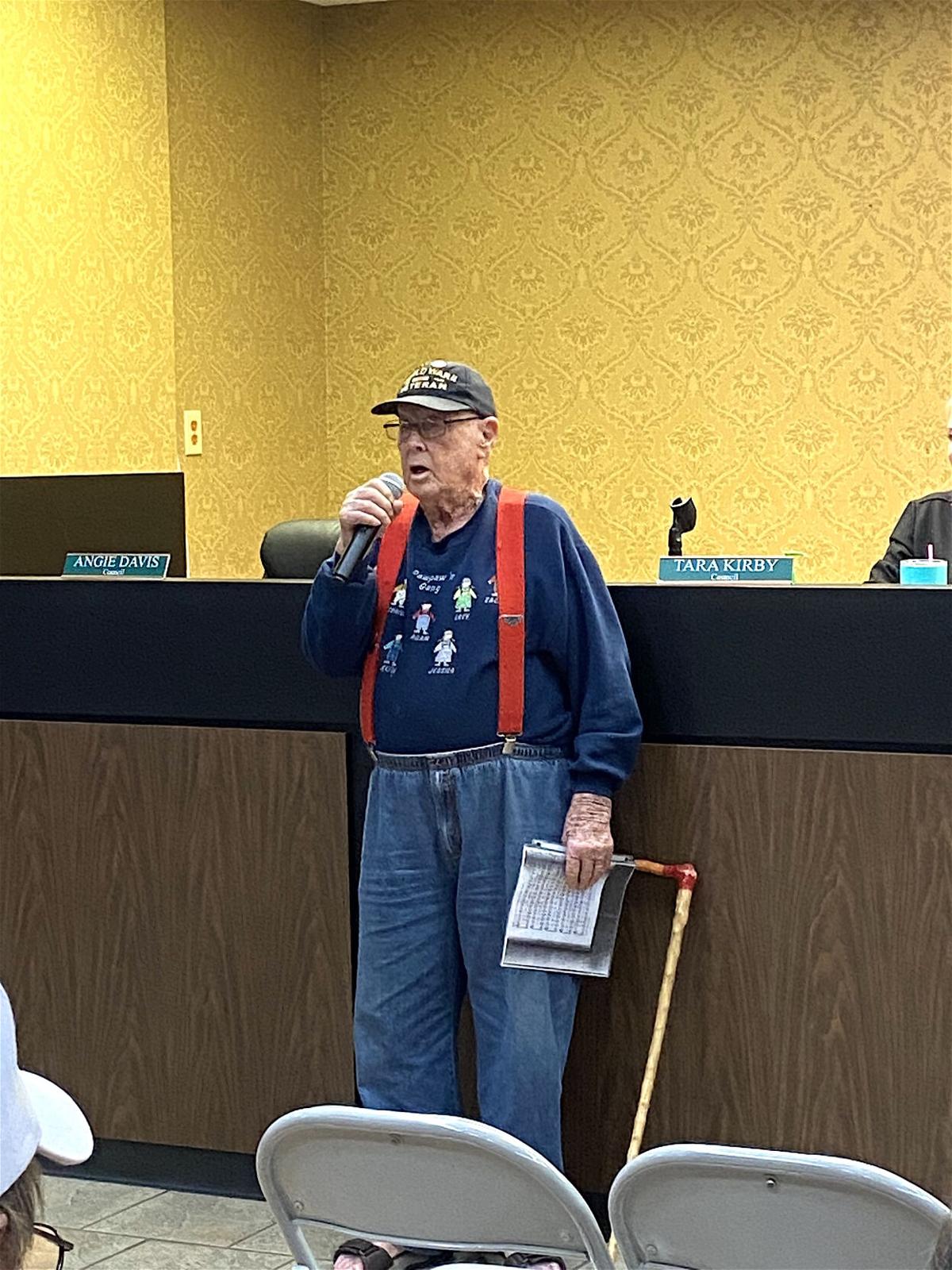 Wanda Hulsey has spent several years preserving a WWII uniform owned by Joseph B. Bell, who passed away in 2003. The City of Henagar honored Hulsey last week for her work and the uniform is on display at City Hall.

Pictured is a plaque made for Joseph B.Bell.

Mike Howell, left, reads the inscription of the plaque made for Joseph B. Bell.

Henagar resident Wanda Hulsey has spent the last several years restoring and preserving a WWII uniform that fell into disrepair. That uniform was owned by Joseph B. Bell, also a resident of Henagar, who passed away in 2003.

The City of Henagar invited Hulsey to their recent meeting on Nov. 1 to honor her efforts in the preservation of part of the town’s history and to thank her by presenting her with a resolution and putting the jacket on display in a case at City Hall.

The uniform was rescued by Hulsey, and Bell’s son, Troy Thad Bell, granted it to be displayed. It was cleaned by Holocaust survivor Bernie Echt, owner of Imperial Cleaners, and the woodwork display was done by WWII Navy Veteran Rembert “Red” Lacy and Pam Lacy Ray. The project was sponsored by Mahan Lodge #490 and documented by photojournalist Mic Stowe. It is currently on display at City Hall.

Mayor Lee Davis presented Hulsey with the citizenship resolution that named Nov. 1, 2021 as Wanda Hulsey Citizenship Day in the city of Henagar.

“Wanda truly exemplifies the noble endeavor to leave a place better than when found, and in doing so, inspires all of us to do the same,” an excerpt from the resolution read.

The resolution listed the many dedications Hulsey has shown the community through the years, including her and her husband’s involvement at Henagar School.

Hulsey’s husband of 59 years, Buman Carter Hulsey, who was a medic in the U.S. Army while stationed in Germany in the late 1950s, retired from the DeKalb County Board of Education as principal of Henagar School after 21 years. With her assistance, the two started the “Serve Beyond Self Award for students.” Wanda served as substitute teacher, office assistant and migrant program assistant. She has been a devoted Ladies’ Sunday School teacher at Mt. Pisgah Baptist Church and Henagar Baptist Church for many years.

Of her recent contribution to the community, Hulsey said, “I have nothing to brag about, but I was saved at an early age, and I am a very important person because I have God in my heart. He gave His son for me, so I have a lot. I am an important person to someone.”

She said the uniform display is not just to honor Mr. Bell, but anyone who has served their country.

“This represents not just one branch of service or one person individually, but all, all that have served our country,” she said.