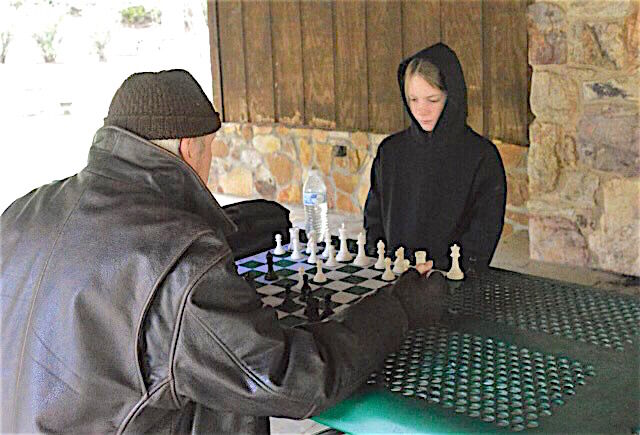 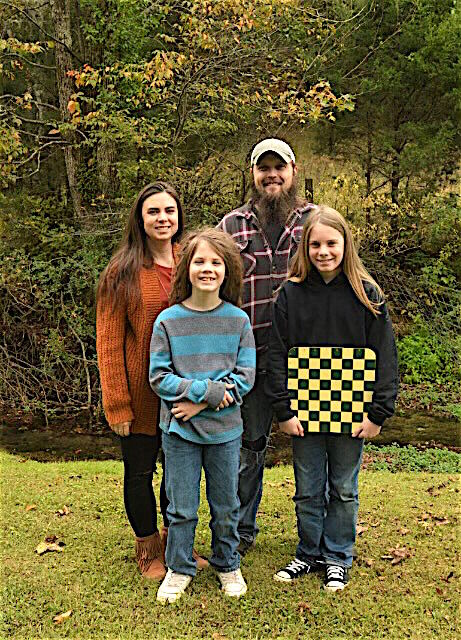 Pictured above is Landon (holding the chess board) with his parents, Lacy and Alan Dobbs, and his brother, Laikon Dobbs.

Pictured above is Landon (holding the chess board) with his parents, Lacy and Alan Dobbs, and his brother, Laikon Dobbs.

Landon Dobbs, age 11, decided all on his own to learn to play chess. The homeschooler went online and watched videos before he ever told anyone about his newfound interest. “My family plays a lot of board games together,” said Landon. “I was just curious about chess and thought I’d check it out.” He has now been playing chess for about nine months.

After Dobbs studied the strategies involved and played online chess games with other homeschoolers, he told his parents he wanted to join a chess club. The problem was the closest chess club was a two-hour drive away, so Landon taught his mother, Lacy, to play chess. His father, Alan, already had the basic skill-set needed, having learned early in life how to play chess. Everybody in the family began to play chess, at least to some extent, and found themselves playing several times each week. “We try to facilitate our children’s interests,” said Lacy.

The family decided if the chess clubs were too far away, they would start their own. They began inviting others and the response has gathered more than a dozen members. Both adults and children take part in the activity. Among the adults who have assisted in the undertaking are Jerry and Debra Fey and Don Highfield. They have assisted in teaching tactical play and donated chess playing equipment.

Initially, the group met at the Fort Payne City Park, but many of the members lived in Mentone so they moved to the Valley Head Park group shelter picnic area, but now that colder weather is hindering outdoor activities they are meeting indoors at the Moon Lake Community Library in Mentone.

The club is free to anyone who would like to attend to just watch, play, or learn to play. Landon wants to encourage others in his age group to just try-it and see if they like it. The group plays year-round and meet at 3:00 p.m. every other Thursday. The next meet is scheduled for December 2. The group is mainly made up of homeschoolers, but if those attending public school show an interest the group is willing to change the hours to fit after-school hours for public school attenders.

Landon said what he likes about chess is the strategy of the game and learning how to end the game in different ways. “I like how the game unravels from pieces all lined up in-order to being all over the board,” said Landon. “My plan is to play this the rest of my life.”

Landon’s Motto: “Every chess player was once a beginner.” – Irving Chernev

For more information about the chess club contact Lacy Dobbs at 256-630-1078. A group has been established on Facebook - Kids Chess Club-DeKalb County, AL.

— Marla Ballard’s Who's Who appears in the Times-Journal Wednesday editions.

Except for a few afternoon clouds, mainly sunny. High 58F. Winds WSW at 5 to 10 mph.