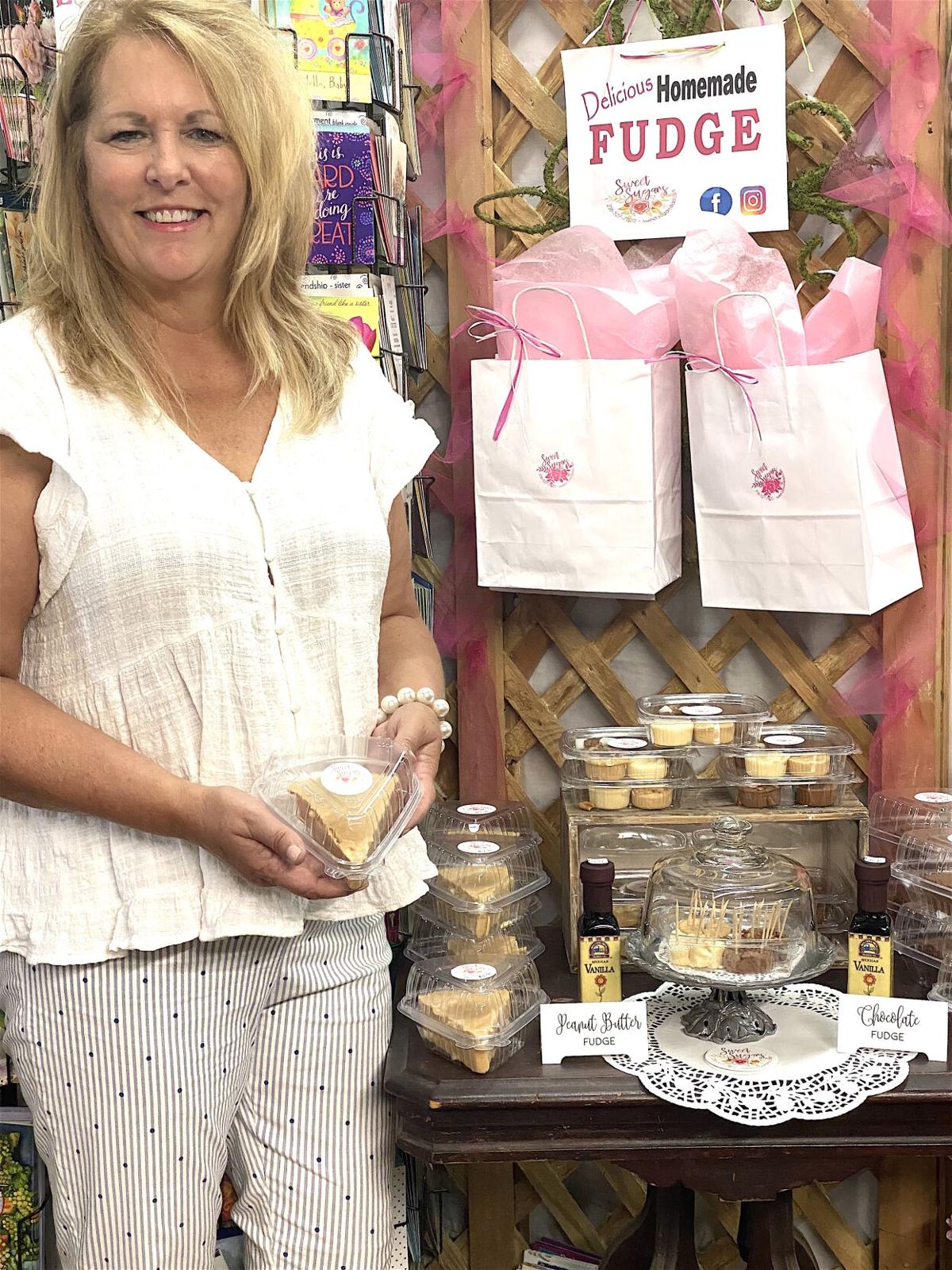 Charlene Lester is building a name for herself as “the fudge lady.” She operates a culinary business called Sweet Sugars, providing tasty treats to several local businesses. 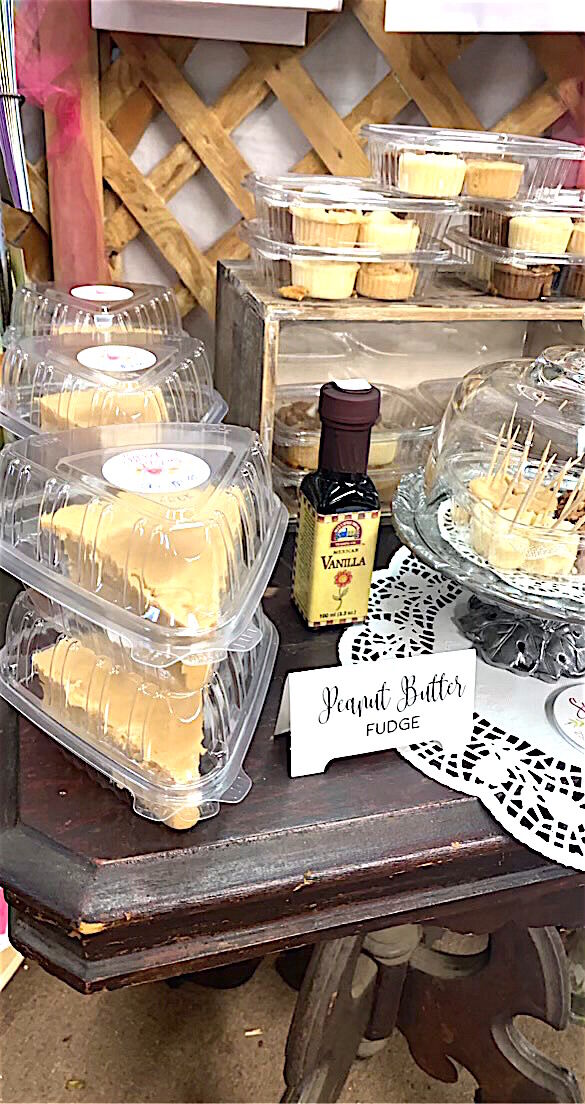 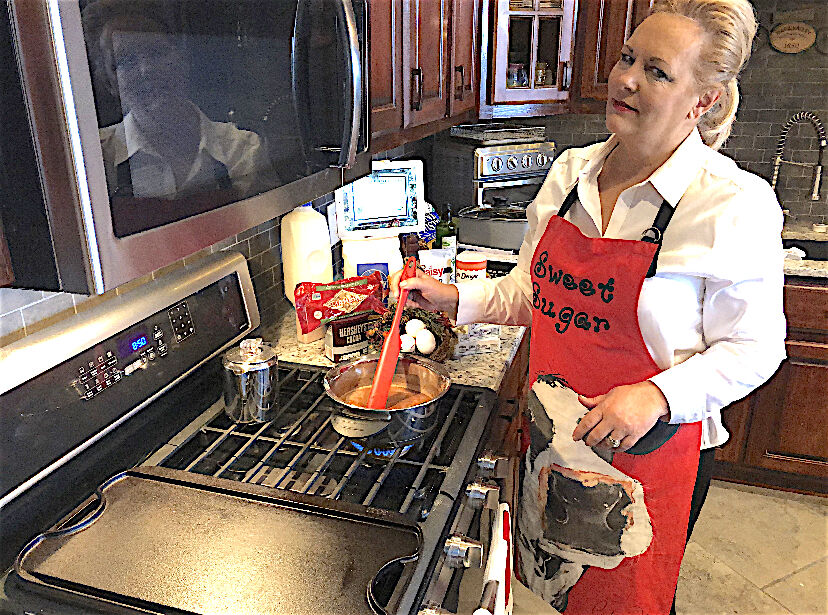 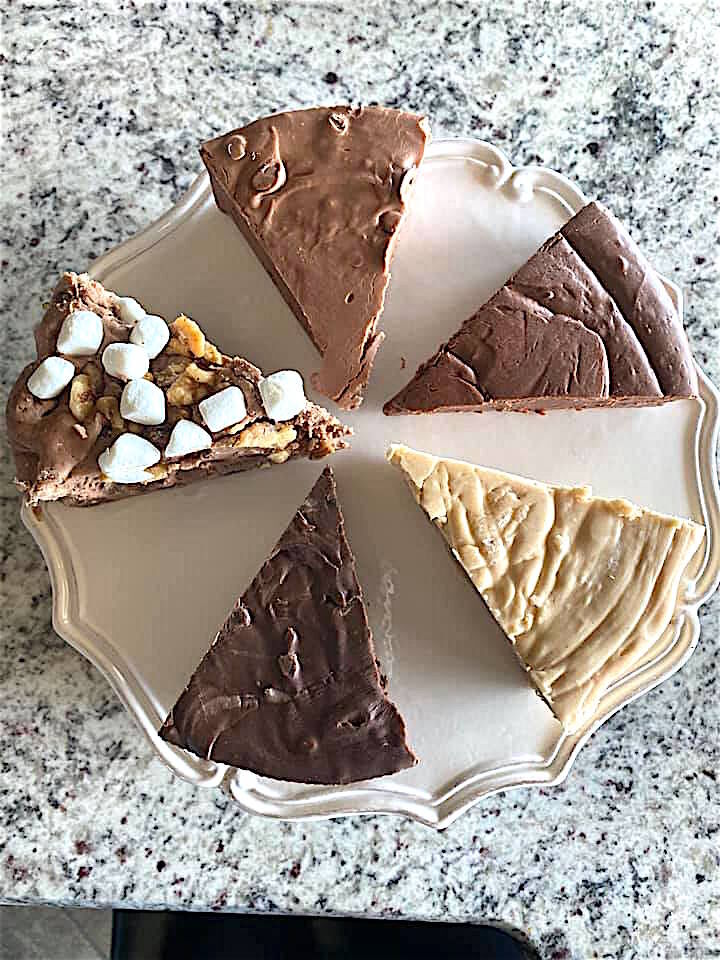 Charlene Lester is building a name for herself as “the fudge lady.” She operates a culinary business called Sweet Sugars, providing tasty treats to several local businesses.

Charlene Lemaster is quickly becoming known as the “fudge lady.” Her newly found nickname and profession were a result of the effects of the pandemic. Lemaster was working online for a textile company based in North Carolina, in February 2021 the division she managed was shutdown permanently.

Lemaster wasn’t sure what she would do for employment, especially with a pandemic going on. “I would lay there in bed wondering what I was going to do,” said Lemaster. “Then one morning it hit me, I could make fudge.”

For seven years she had been making fudge for festivals in North Alabama and already had a kitchen that had cottage certified approval. Her next step was to get certification for selling her fudge in retail locations and by March she had her business up and running. Her first retail locations were at Patches Consignment & Resale Market in Scottsboro, The Red Elephant Marketplace in Guntersville, and The Picker’s Choice in Arab. Now her brand “Sweet Sugars” can be found at Vicki’s Flowers & Gifts at 475 McCurdy Ave. N. in Rainsville.

The fudge Lemaster makes is from heirloom recipes passed down to her by family and friends. Lemaster said she had an 87-year-old friend who took peanut butter fudge to church every fifth Sunday and it disappeared quickly, which prompted her to ask for the recipe. “There’s nothing like homemade, hand-stirred fudge,” said Lemaster. “Homemade is creamier than the processed commercial type.” She credits her mother for her love of baking.

Sweet Sugar’s best-selling flavors are; peanut butter, chocolate, rocky road, and maple. She makes other flavors that include seasonal treats such as pumpkin, white-chocolate peppermint, and white-chocolate cranberry pecan. The “fudge lady” is constantly researching flavors and new ideas to keep her creations innovative. On one occasion she learned how to make fudge with honey when she participated in a Honeybee festival that required all baked goods use honey. Some of her ingredients are “secret ingredients” that keep the customers asking for more.

The fudge is sold by the slice and also in a variety, four-flavored sample box. Free samples are available at her fudge stand. One of the great things about fudge is that is has a long shelf life and is great for gift giving.