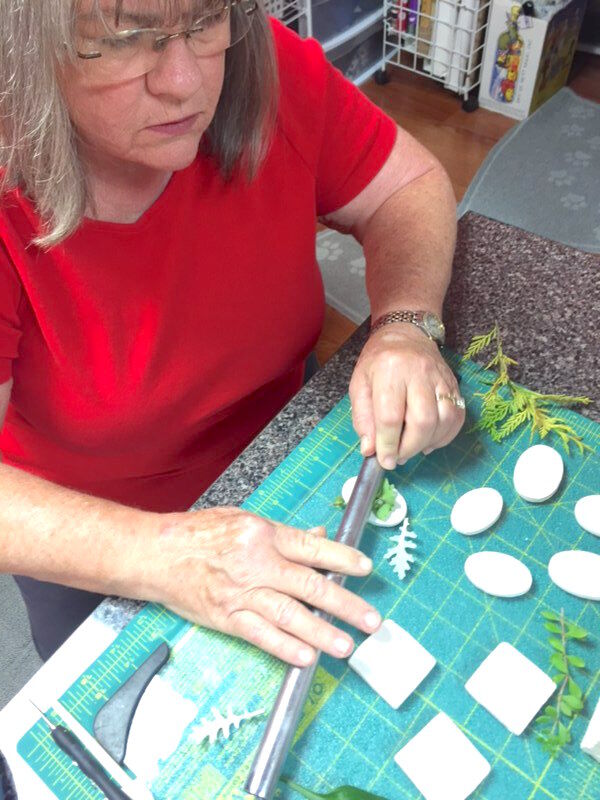 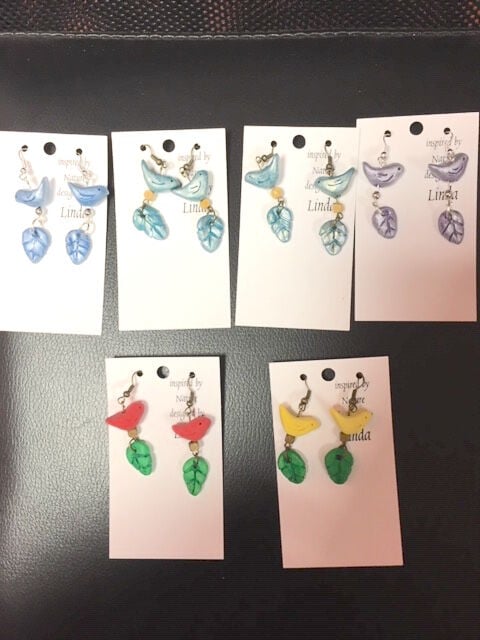 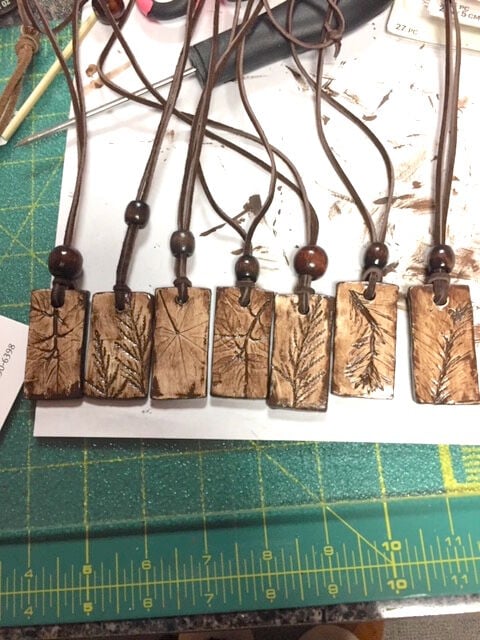 Linda Blythe is a local artist who displays her talents at Boom Town Makers Market. She makes handmade jewelry from various items including polymer clay. Although she has made various types of jewelry for nearly 20 years, she started this new venture about five years ago.

This current art project began when she saw others doing the same thing online, and she decided to try her hand at it. Initially, she just made gifts for friends and family, but with the encouragement from those who received her gifts, she decided to take it a step further.

She happened upon BTMM while attending Third Saturday Sunset Cruise-In in Fort Payne. After showing her jewelry samples to the stores manager, she was told they would be good selling items. She decided about three years ago to use the space at BTMM to offer her jewelry to the public.

Her creative works include earrings, necklaces, bracelets and rings. Many of her creations are taken from natures own artistic palette. Part of her collection is what she calls her botanical sets, these sets showcase impressions of leaves.

She also offers seasonal and holiday jewelry pieces along with other replicas of nature, such as birds and bats. Seasonal items include brightly colored autumn leaves, pumpkins, black birds and snowmen.

“I make leaf impressions in polymer clay to make them original,” said Blythe. “I use leaves from Dusty Miller, baby pine sprouts, False Cypress, small maple leaves and oregano leaves. I look for leaves with deep veins.” Blythe also uses the edges of other plants that are sturdy enough to make an impression in the clay such as hydrangeas.

The process of using polymer clay requires baking the clay until it becomes firm. Blythe was able to purchase a craft oven from a lady that purchased it from a yard sale for $5 and then realized it did not suit her needs and sold it to Blythe for the same amount. Craft ovens only reach a maximum temperature of 300 degrees and can cost in the neighborhood of $50 and upwards.

When manipulating polymer clay, another machine that is used is called a Pasta Machine. “A lot more goes into making clay jewelry than most people realize,” said Blythe.

After baking the clay, Blythe paints the jewelry and attaches the necessary materials to turn it into the piece of jewelry she is creating. Over time Blythe has expanded the items that she sells at BTMM to include succulents and jewelry made from various materials, such as leather and beads.

Blythe also sells her wares at festivals such as at the JSU Canyon Center and Colorfest. Boom Town Makers Market is located at 324 Gault Ave. N. Fort Payne. 256-273-6929.

Sunshine along with some cloudy intervals. High near 80F. Winds ESE at 5 to 10 mph.

Mostly cloudy with showers and a few thunderstorms. Low around 60F. Winds light and variable. Chance of rain 60%.