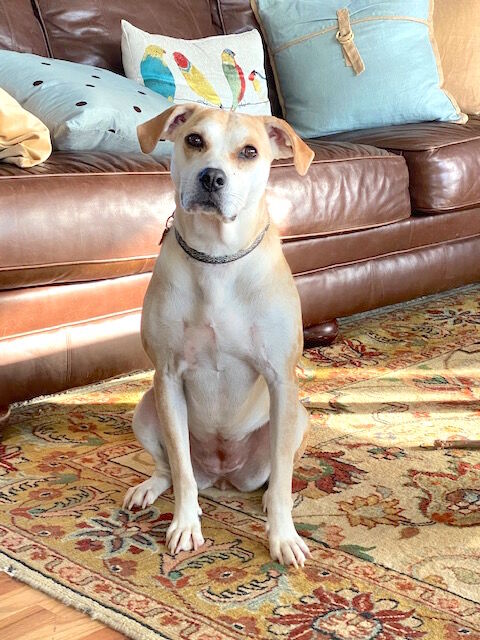 It took time for rescue dog Olivia to relax and accept her new owners, but she has now become part of the Bible family. 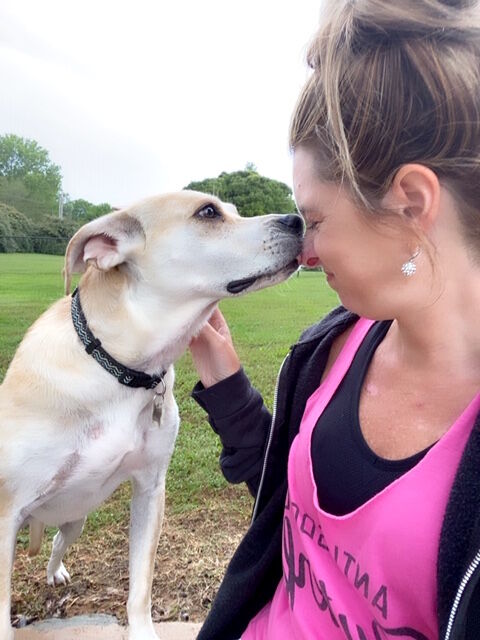 It took time for rescue dog Olivia to relax and accept her new owners, but she has now become part of the Bible family.

Last fall, Lori Bible, her husband, Christopher, and 14-year-old son, Barrett, began to plan for a new family addition. They had successfully adopted a dog in previous years, who had since passed away, and knew it was time to welcome another pet into their home.

Lori followed several animal rescue Facebook groups which included Defy Gravity K9 Rehab and Training, run by Eden Grimes. “We really wanted another Australian Cattle Dog since we had those in the past,” said Lori. “We also knew an older dog would be better for our family instead of a puppy.”

Lori contacted Eden Grimes in mid-March close to the time school was being postponed due to COVID -19. Grimes didn’t have any Australian Cattle dogs, but she did have a Labrador mix who desperately needed a loving home. The dog was very timid. Grimes had gotten the dog from a shelter and was working with her to make her adoption-worthy.

The task of getting this dog to fully relax had not been accomplished. “We arranged for Eden and the dog to come visit, and things went well,” said Lori. “The poor dog was so scared. We could see she needed a home where she could find calmness. She trembled at any quick movement or unexpected noise. It seemed like the perfect ‘quarantine project’ for our family.”

The placement of the pet was a trial-run, to see if the family and the dog could accept each other. It took several days before the family started to see a positive response, but finally a tiny tail wag every now and then told them she was accepting them. The Bibles called her Olivia, “Livi” for short.

Olivia was well-behaved and mostly stayed on her doggie bed, eventually coming to her new owners for friendly pet on the head. The family cat, Inky, intrigued Olivia. Inky made it perfectly clear that he was the boss and Olivia respected the chain of command.

“It wasn’t long before we knew we couldn’t bear the thought of sending Olivia back to a kennel-type situation,” said Lori. “Although her improvement was slow, it was obvious. She was one of us now.”

It has been four months now since Livi came to live with the Bibles. She is improving daily on her social skills and even plays with Inky. “We see her sweet personality be revealed day by day,” said Lori. “She is not the dog we thought we wanted, but it turns out, she was just what we needed.”

Lori Bible is a long time animal lover who teaches and serves as the Curriculum Coach at Fort Payne High School.