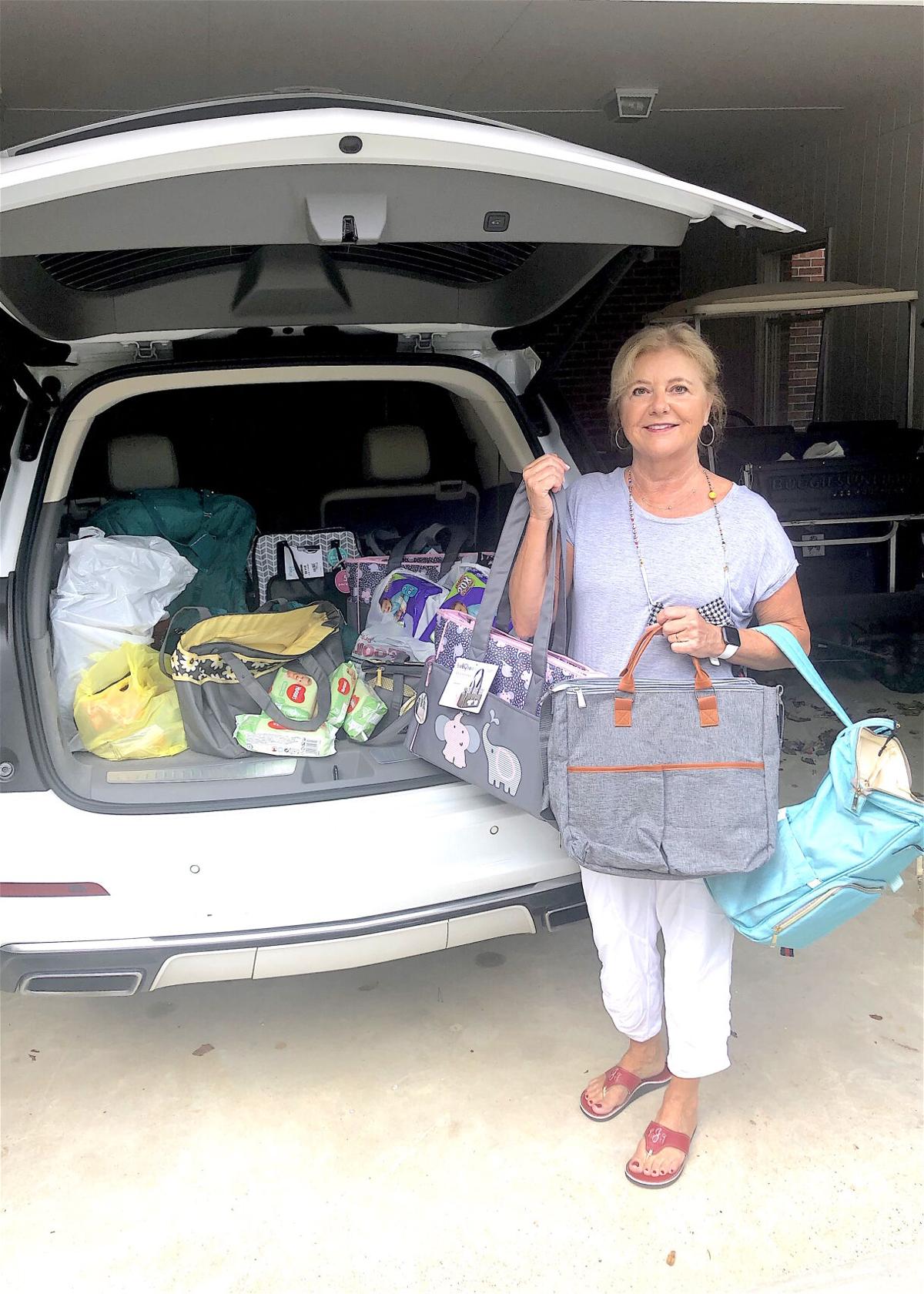 Linda Jones is shown delivering a few of the 490 items for foster children donated by the Hannah White Arnett chapter to DeKalb County DHR. 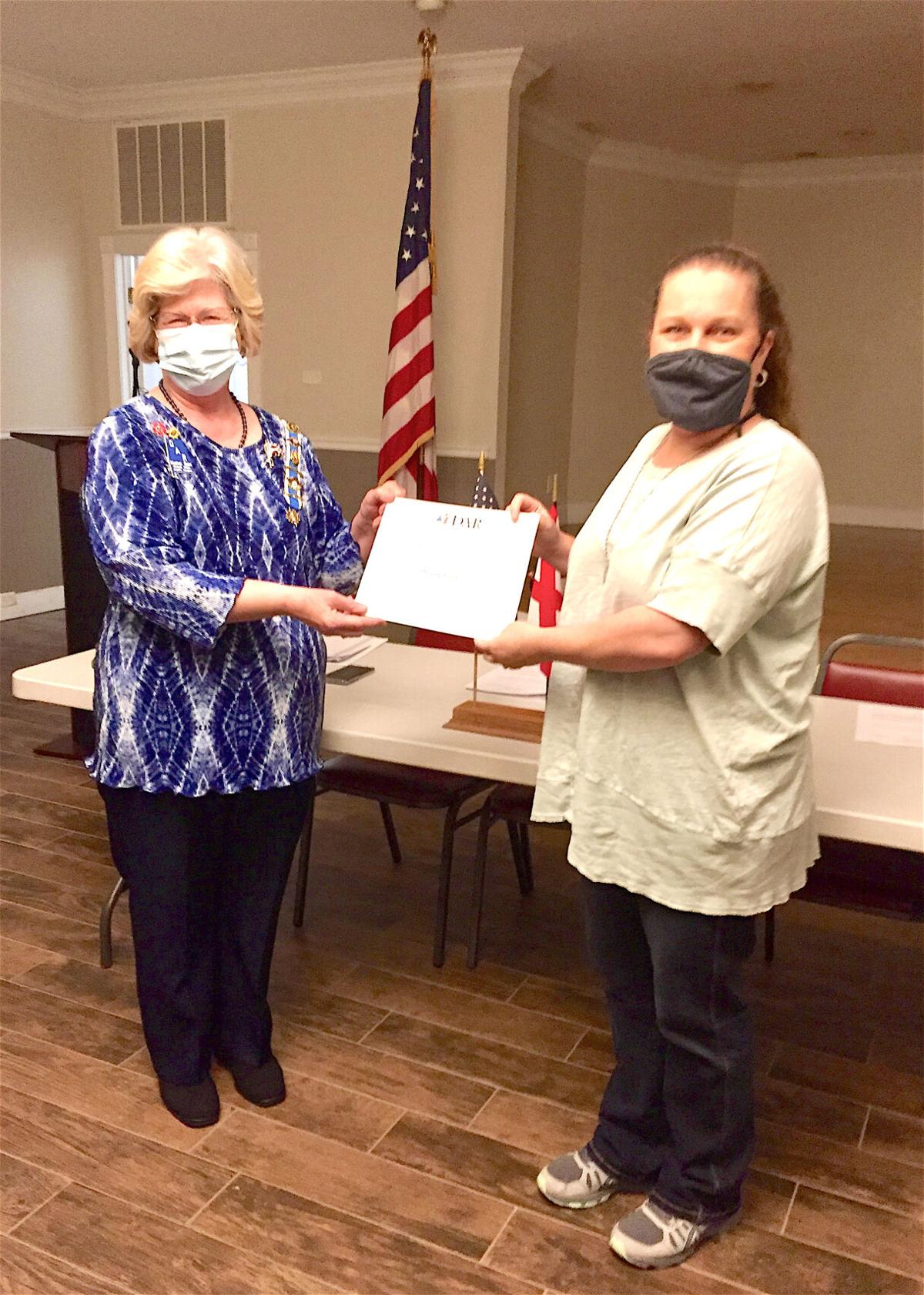 Marian Doss, HWA chapter Regent, presented a certificate to member, Beverly Robinson, as the winner of the 2020 Helen Pouch Memorial Fund Classroom grant.  A Unity Pedal desk was purchased for a classroom. 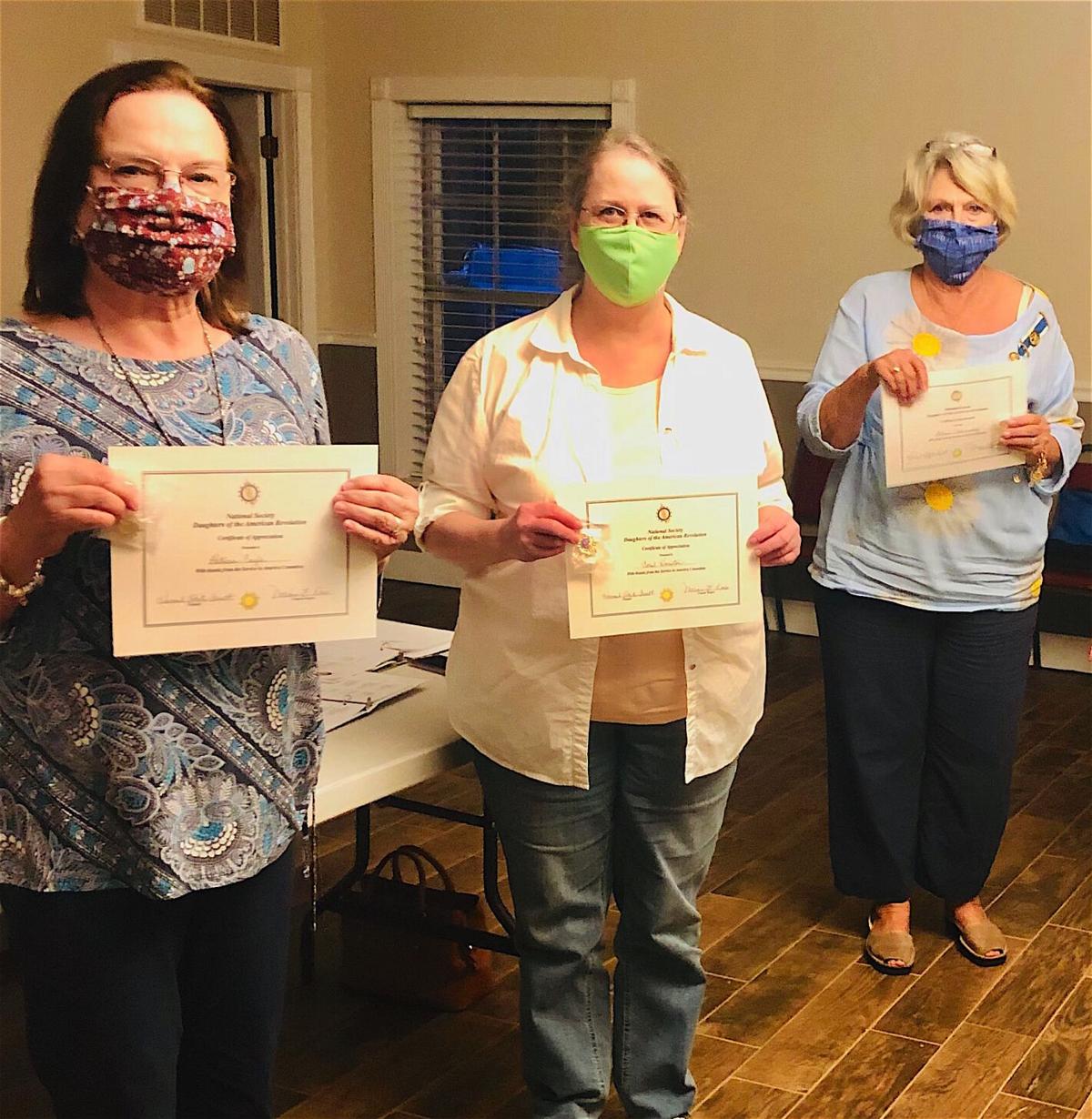 Linda Jones is shown delivering a few of the 490 items for foster children donated by the Hannah White Arnett chapter to DeKalb County DHR.

Marian Doss, HWA chapter Regent, presented a certificate to member, Beverly Robinson, as the winner of the 2020 Helen Pouch Memorial Fund Classroom grant.  A Unity Pedal desk was purchased for a classroom.

Members of the Hannah White Arnett Chapter, NSDAR, attended the 123rd State Conference of the Alabama Society Daughters of the American Revolution, held March 12-14 in Auburn, Ala. This historic conference was held utilizing a hybrid format, with a limited number of members on-site at the conference hotel and the remainder of the attendees participating from home via electronic means.

During the conference, members welcomed Lynn Forney Young of Texas, Honorary President General, National Society Daughters of the American Revolution, as a special conference guest and Opening Night speaker. Mrs. Young also serves as a Commissioner with the United States Semiquincentennial Commission that was formed by Congress to plan and coordinate the celebration of the 250th anniversary of the United States is 2026.

Alabama Society DAR State Regent Tammy B. Clemons of Grant, Ala. said, “The members have truly embraced the Zoom platform which allowed us to move forward to carry on the important business of our state society and celebrate the remarkable successes of your chapters.”

This annual meeting of Alabama’s DAR featured business sessions, informative presentations, and educational workshops aimed at furthering NSDAR’s objectives of historic preservation, education, and patriotism. Winners of state awards were recognized at a luncheon on Friday, March 12; the Patriotism Luncheon on Saturday, March 13, featured an inspiring program on the upcoming “Centennial of the Tomb of the Unknown Soldier” by SGM Gavin McIlvenna (U.S. Army, Retired), President of the Society of the Honor Guard of the Tomb of the Unknown Soldier, and a fascinating presentation on “Never Forget Gardens” by Robert Matin, President of the American Rose Society.

The Alabama Society DAR is made up of more than 4,300 women in 71 chapters across the state who can trace their lineage to patriots who fought for or provided aid to the American colonists during the Revolutionary War.

The National Society Daughters of the American Revolution was founded in 1890 to promote historic preservation, education and patriotism. With more than 185,000 members in approximately 3,000 chapters worldwide, DAR is one of the world’s largest and most active service organizations. DAR members are committed to volunteer service, having served more than 12.5 million hours in communities throughout the world during the past three years. To learn more about the work of today’s DAR, visit www.DAR.org or connect with DAR on social media at facebook.com/TodaysDAR, twitter.com/TodaysDAR and youtube.com/TodaysDAR.