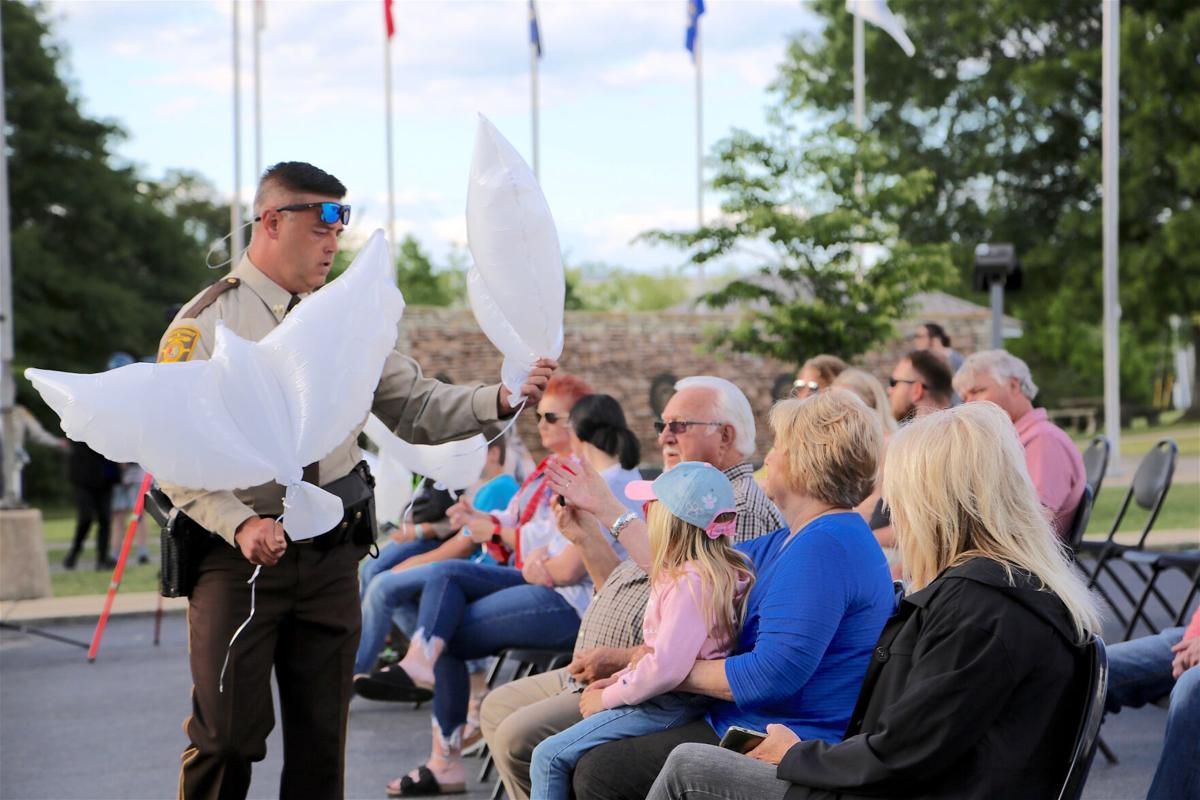 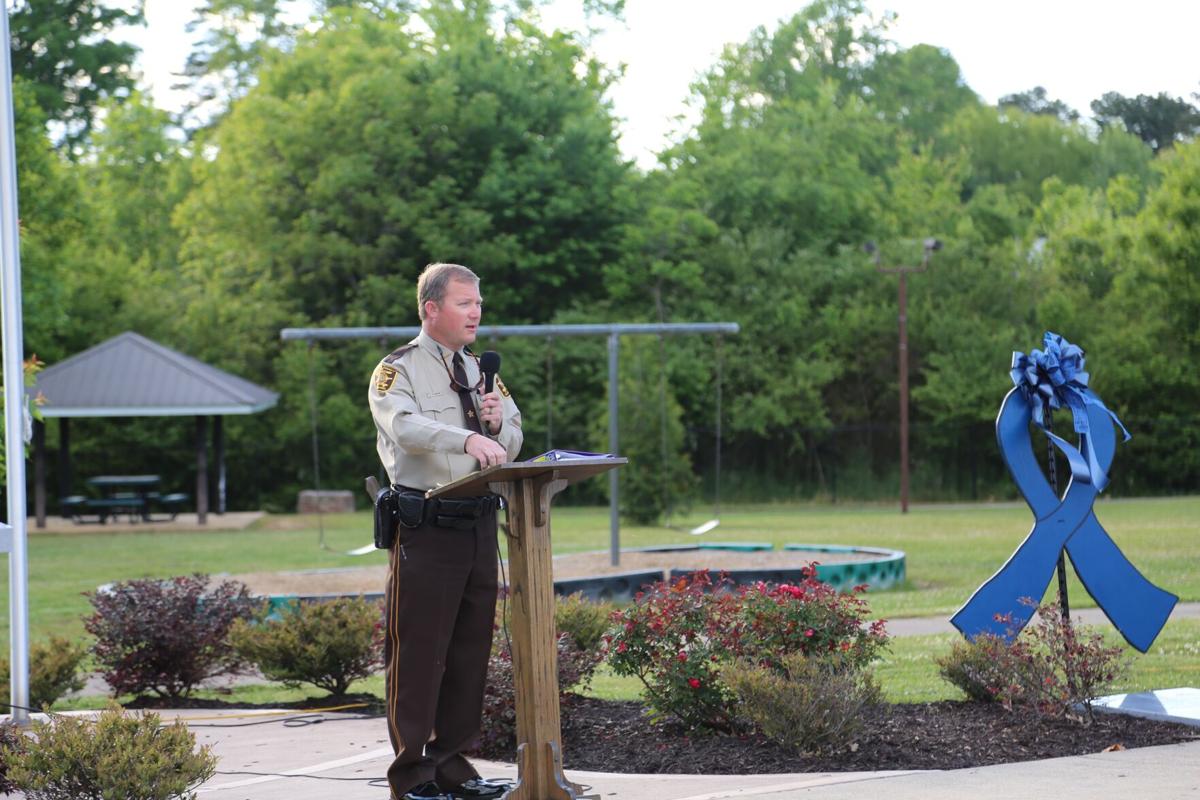 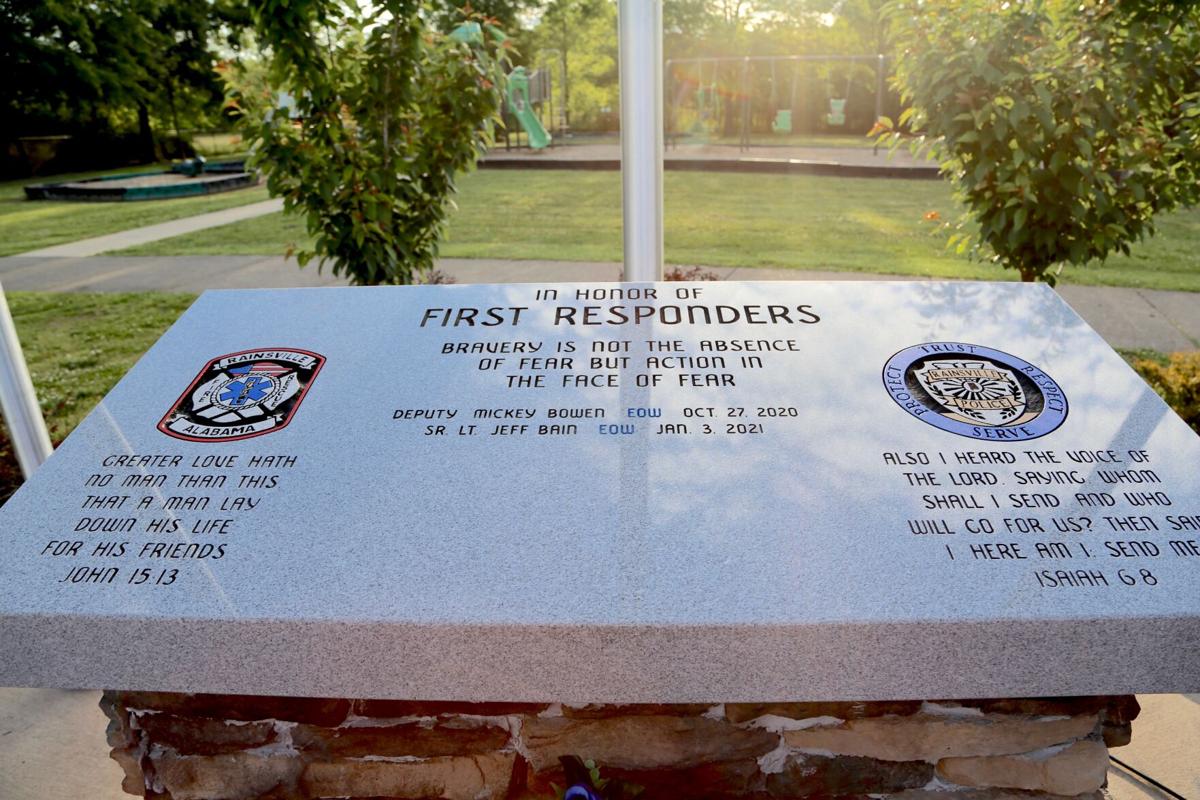 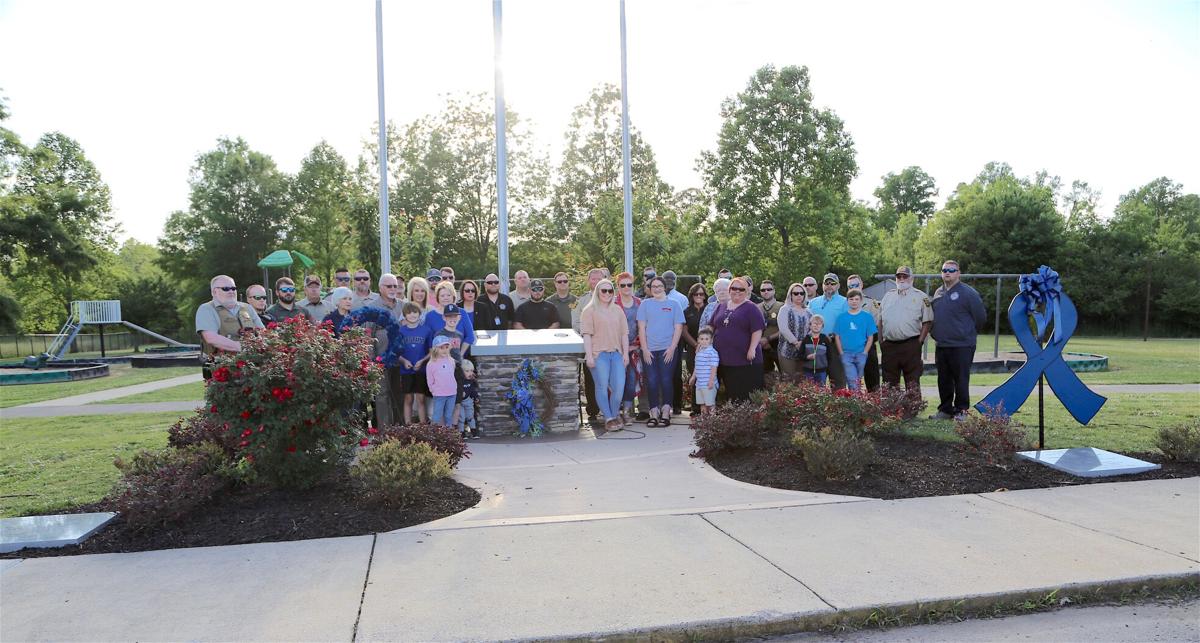 National Police Week serves as a way to honor local, state and federal law enforcement officers’ courage and unwavering devotion to the communities they have sworn to serve

Rainsville Mayor Rodger Lingerfelt and organizer Kayron Guffey welcomed attendees as families, friends and coworkers gathered to remember the officers who have recently lost their lives.

“‘From the heavens comes justice,’ That’s the slogan written on the side of that helicopter and that the memory of two-men that have paid the ultimate price,” he said. “There’s been a lot of good people that served this community and this county that have given everything they had for 25 years, retired and passed away only for the families to be left with a flag and a lot of memories.”

“They missed out on days and times with their kids, family, date nights and vacations because they answered the call that so many don’t know about,” he said. “In the end, they’ll never be forgotten. They’ll always be heroes in my book.”

Family members and attendees were given balloons which were released as local singer Underwood sang ‘Amazing Grace.’

• Deputy Mickey Bowen passed away in October of 2020 after 21 years of service.

• retired deputy Rene Ramos passed away in January of 2021 after more than 15 years of service.

• retired investigator Clayborn Simpson passed away in November of 2020 after serving more than 25 of service.

• former deputy Jeremy Bell passed away in August of 2020 after serving 20 years.

The names of Deputy Bowen and St. Lt. Bain were recently engraved on the First Responders Memorial in Rainsville.

Officials encourage the public to thank their local law enforcement for their continued efforts to keep communities safe.