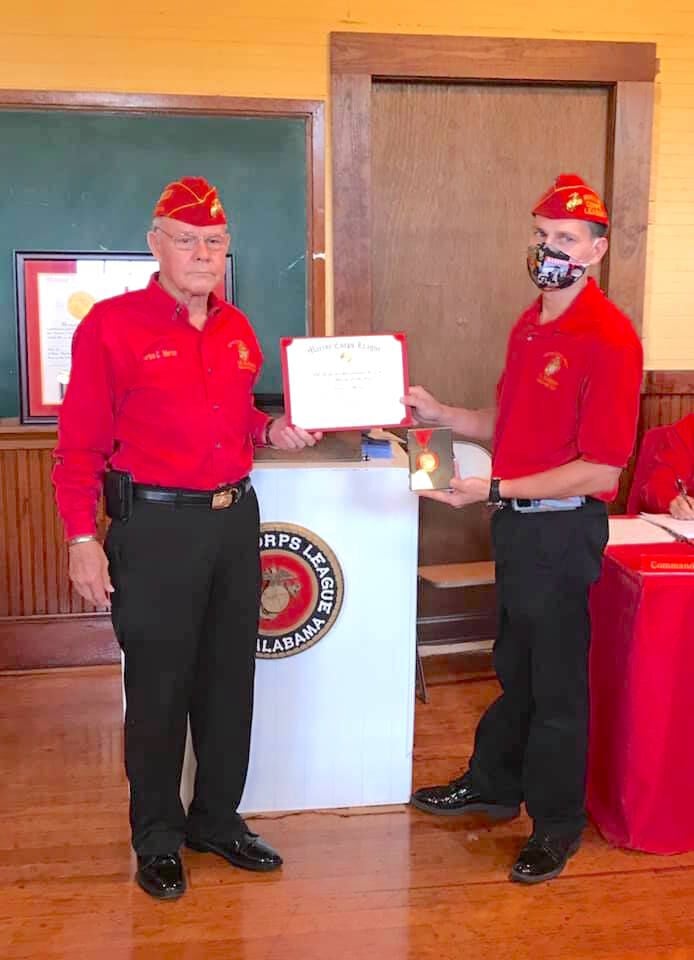 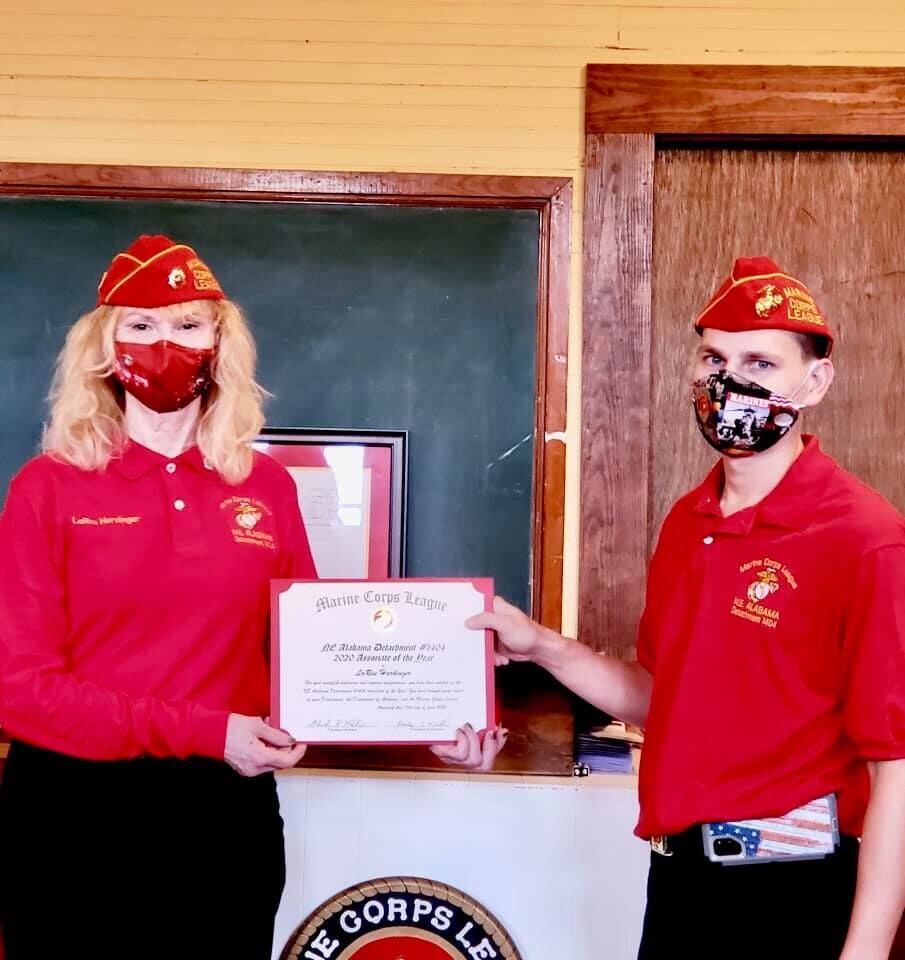 LaRue Hardinger received the certificate for “N.E. Alabama Detachment #1404 2020 Associate of the Year”.

The awards state the selection was based upon the following:

“For your unselfish dedication and superior performance ... You have brought great credit to your Detachment, the Department of Alabama, and the Marine Corps League.”

The awards resulted from decisions by a designated committee within the detachment.

Martin is this month completing his second term as Det. #1404 Commandant.

Previously, he has served as Detachment #1404 Chaplain, Judge Advocate, and Sr. Vice Commandant.

Hardinger since 2013 has served as Public Relations Officer and as Marine Toys for Tots Coordinator of DeKalb County, AL.

The local Marine Toys for Tots campaign is sponsored by the N.E. Alabama Marine Corps League.

In June, it was selected as “2019 Campaign of the Year” in the Southeast Region - covering 7 states, Puerto Rico, Guam & the U.S. Virgin Islands.

A few clouds from time to time. Low around 45F. Winds light and variable.