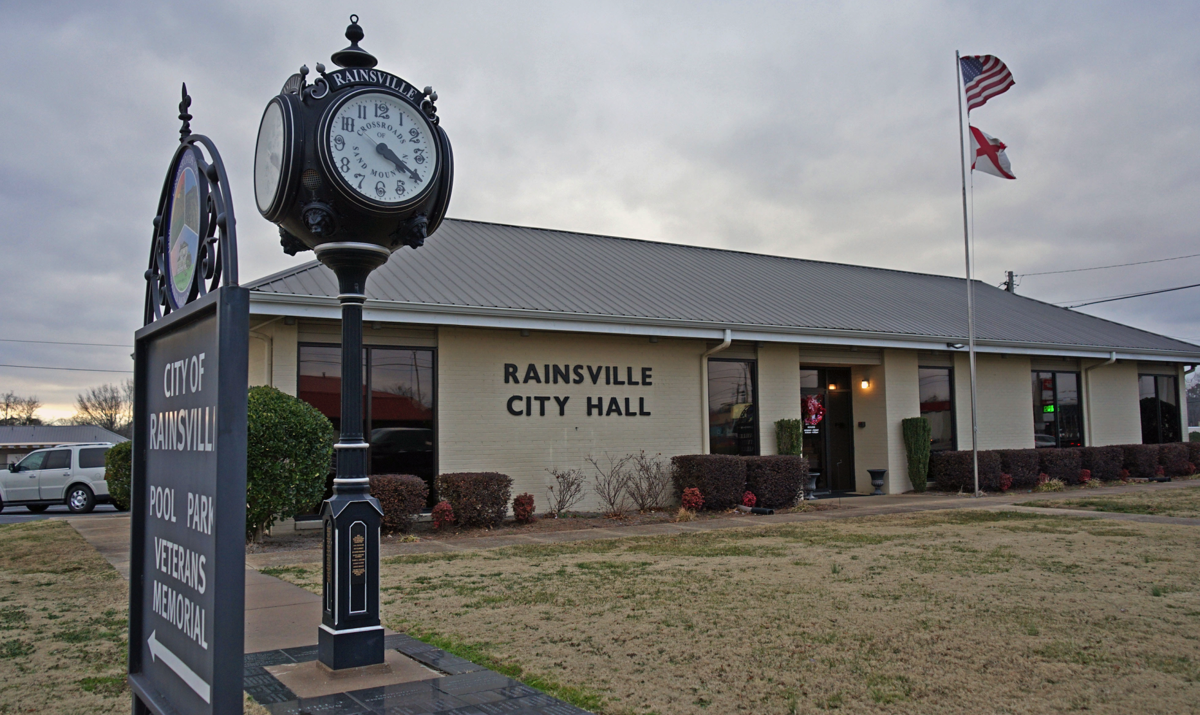 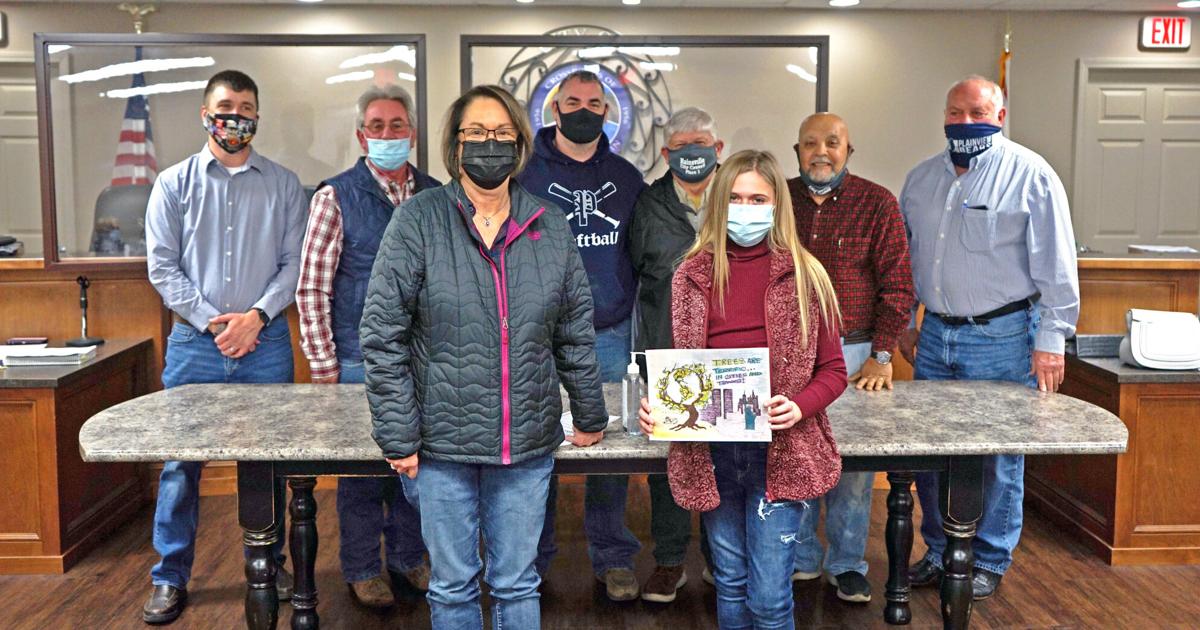 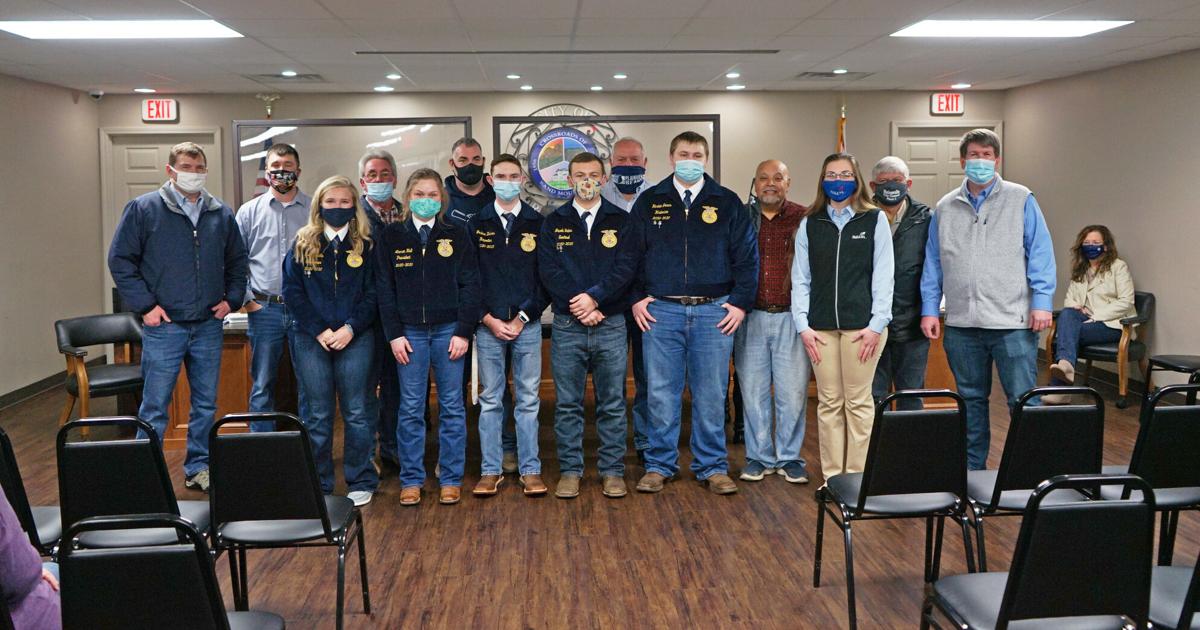 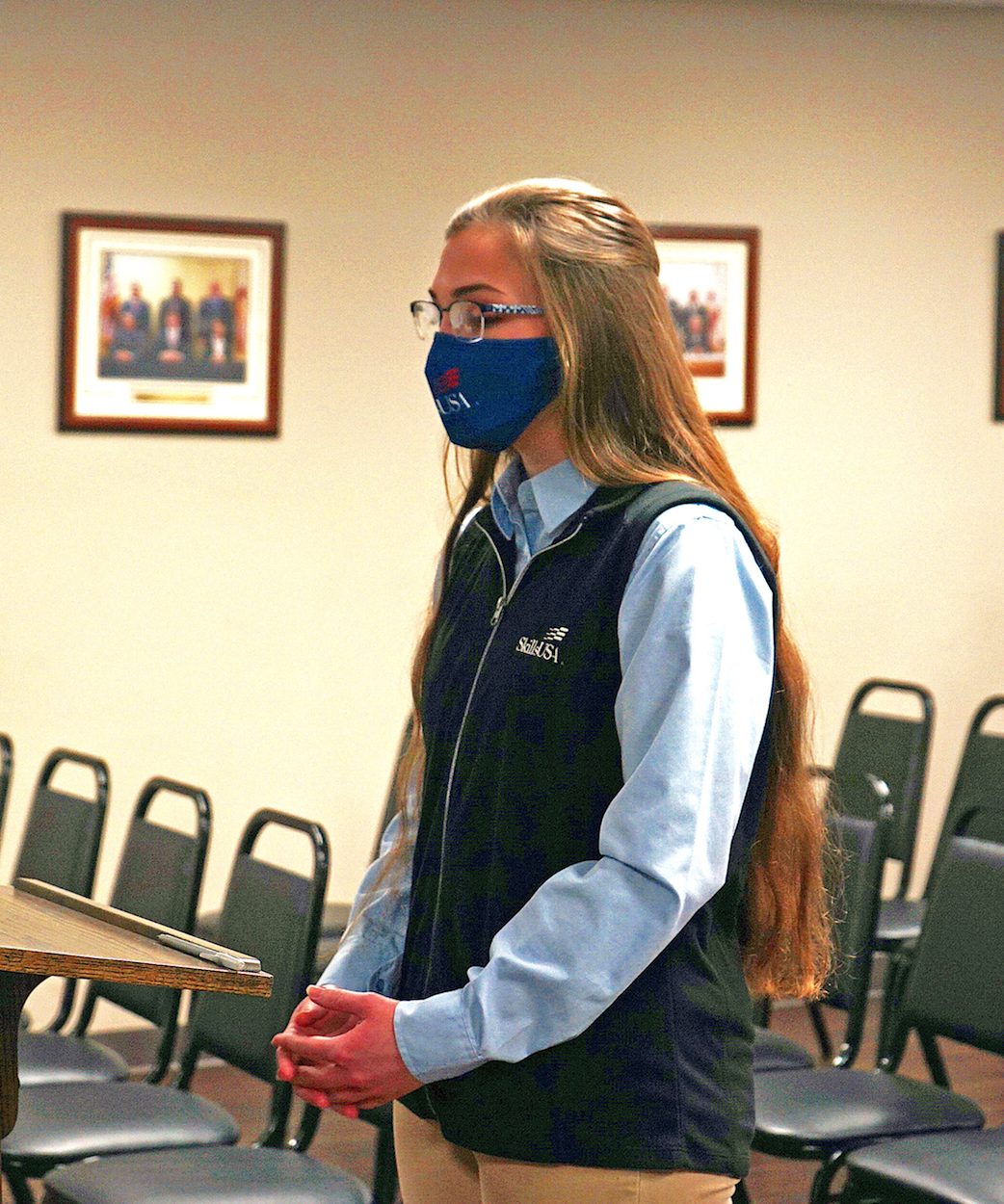 The last three SkillsUSA Alabama State presidents have been students from the DeKalb County Technology Center. The latest is healthcare student Elizabeth Cornelius who is a senior at Plainview. She addressed the Rainsville City Council at its Feb. 18 meeting.

The last three SkillsUSA Alabama State presidents have been students from the DeKalb County Technology Center. The latest is healthcare student Elizabeth Cornelius who is a senior at Plainview. She addressed the Rainsville City Council at its Feb. 18 meeting.

The Rainsville City Council is tackling beautification with plans to demolish unsafe buildings.

Councilman Rickey Byrum said there are 40-50 such structures throughout the town and it will take some time to clear them. He said it is important to prevent rodents that spread disease from inhabiting old structures belonging to absentee owners and areas overgrown with tress and tall grass. Following the passage of Resolution 02-18-2021(D), certified inspectors will test the unsafe buildings for asbestos and other banned materials so they can be safely burned.

“We’ve got to start somewhere,” Byrum said, proposing the resolution that passed unanimously.

Byrum also spoke about damaged culverts on Everett Road, stating that areas of the road are caving in. The Council approved the low bid of $2,800 from Jason Wright to do repair work. The Council also gave the mayor authorization to negotiate during the emergency situation to replace the culverts and will open any bids at the March 1 meeting.

• discussed plans by the local Tree City USA committee to plant six water oak trees in the parking lot of Plainview School to replace trees that were removed, according to Kayron Guffey, chairperson. She said the trees will be dedicated on Arbor Day, which is April 22nd. Mayor Rodger Lingerfelt presented a proclamation in advance of that. Guffey told the Council about Plainview Fifth grader Brinley Summerford, who won second place in the 2021 Alabama Arbor Day poster contest and will participate in a tree-planting ceremony with Alabama Gov. Kay Ivey in Montgomery on Feb. 25.

• approved traffic signs posting a weight limit for vehicles traveling on Dilbeck Road at a cost of $414.39.

• posted a CDL driver position for the Public Works department.

• purchased bookcases costing $2,500 for the city library. They also approved handicapped accessible doors at the city library at a cost of $5,539 and appointed Carleen Bell to the Library Board.

• approved a match of $5,854.76 for a grant accommodating the purchase of air packs for the fire department and voted to buy a replacement badge maker for city departments to use that will cost $1,188.

• passed Resolution 02-18-2021(c) relating to a surplus bucket truck for the street department and voted to purchase a 2007 Ford bucket truck.

• voted to declare various unused computers, monitors and keyboards from assorted departments as surplus. The mayor said the hard drives will be destroyed so there’s no risk of sensitive information about citizens from public records being found and exploited.

• bought a drag from Southeast Turf Equipment for the Field of Dreams for $7,800.

• approved a $1,000 sponsorship for the Rainsville Chamber of Commerce Golf Tournament planned for March 20. Chamber Executive Director Sandy Goff said that because of the annual tournament, they gave away 13 $1,500 scholarships last year. Teams are needed for the tournament with two rounds starting at 8 a.m. and 12 p.m. Anyone interested in becoming a sponsor can call the Chamber at 256-638-7800. She said people are already signing up for the Freedom Fest.

• heard presentations by Nick Turner of the DARE program and met with local FFA students. Photos from the council meeting will be shared in the next issue.

Partly cloudy. A stray shower or thunderstorm is possible. High around 90F. Winds light and variable.