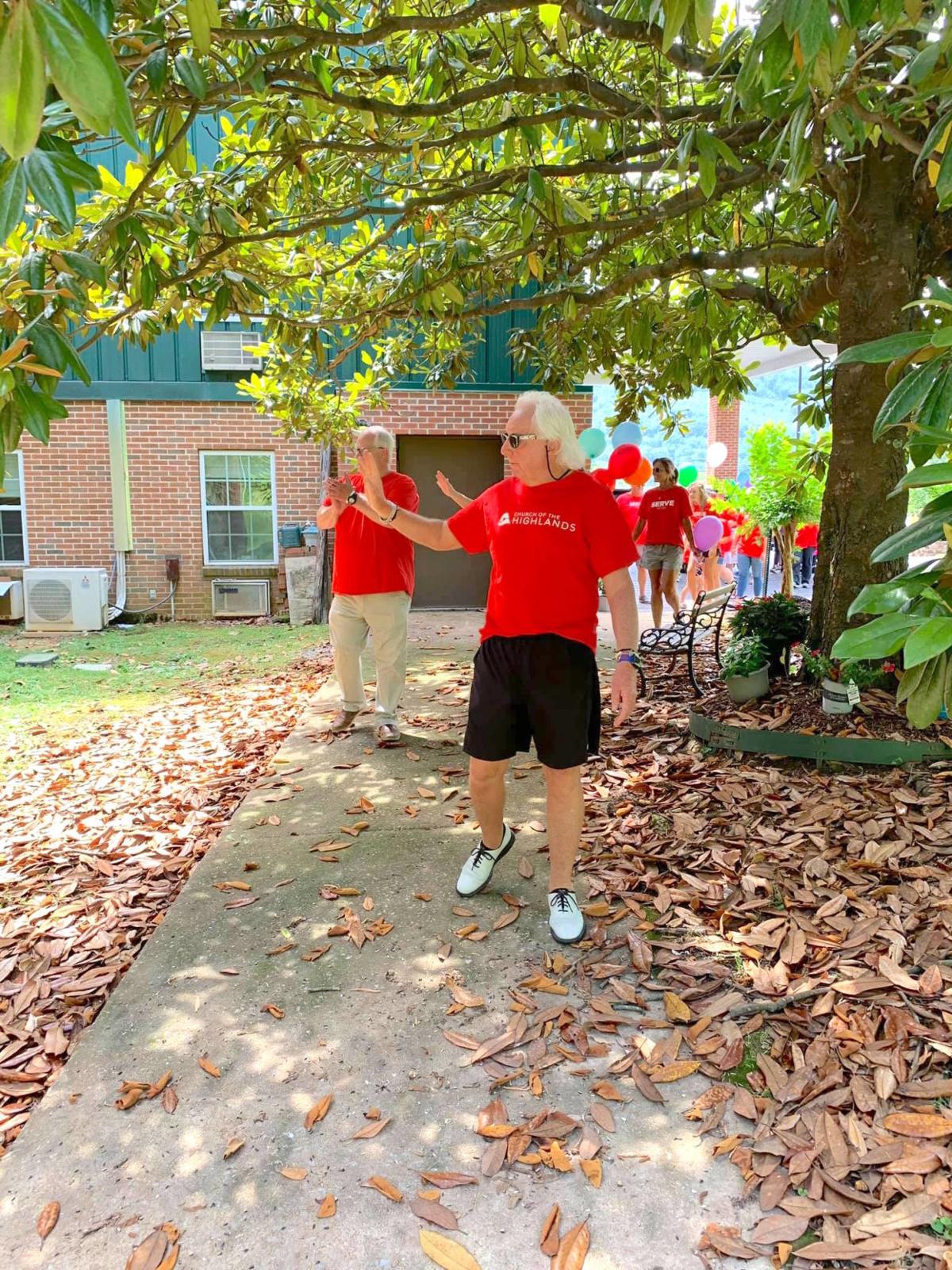 Pictured above is Jerry Clifton, Rainsville resident and  member of the Church of the Highlands, as they congregation parade for Crowne Health Care residents. 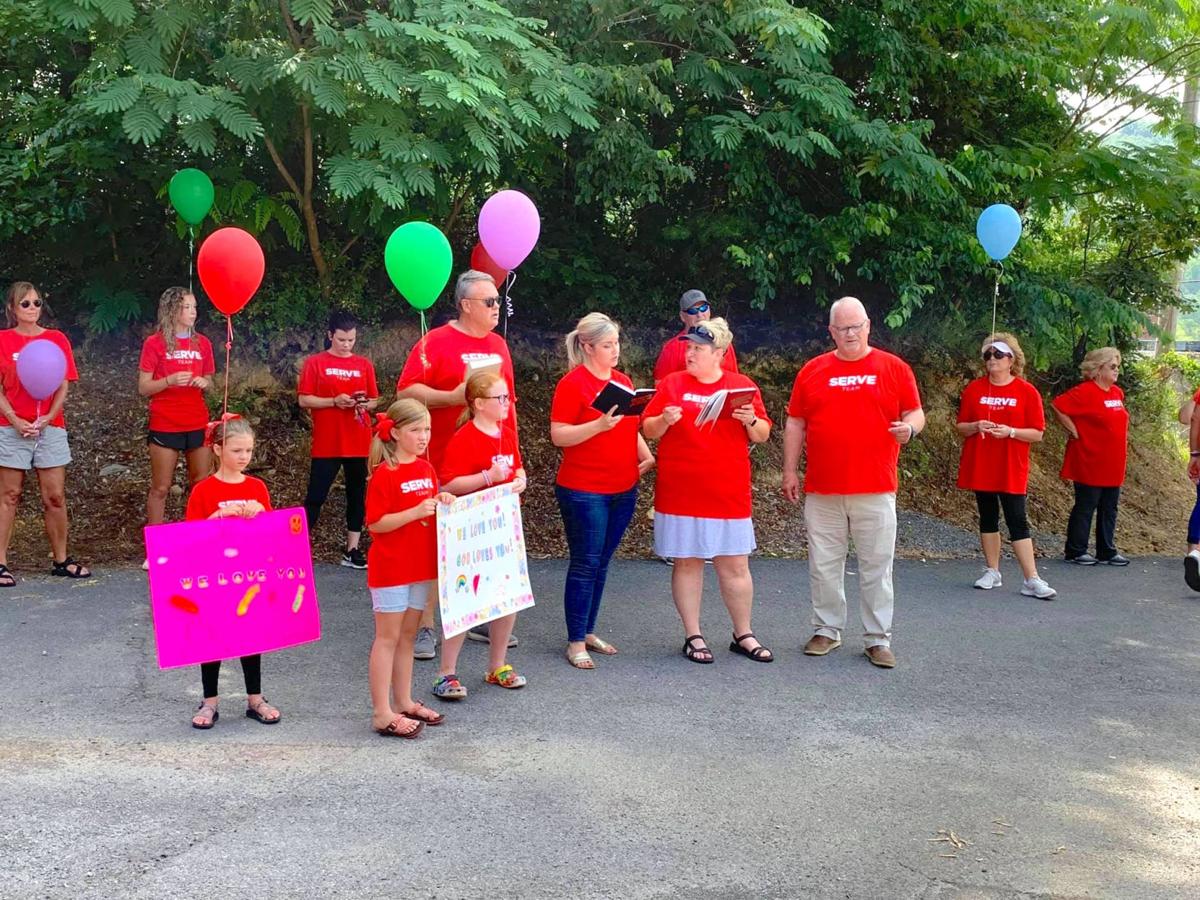 Pictured are church members singing and holding up signs for seniors at the facility. Residents had to watch from their windows since assisted living facilities are still closed to visitors, with the exception of some special cases.

Pictured above is Jerry Clifton, Rainsville resident and  member of the Church of the Highlands, as they congregation parade for Crowne Health Care residents.

Pictured are church members singing and holding up signs for seniors at the facility. Residents had to watch from their windows since assisted living facilities are still closed to visitors, with the exception of some special cases.

Crowne Health Care of Fort Payne received an outdoor visit from the Church of the Highlands in the Gadsden community Saturday.

Jerry Clifton, a member of the Church of the Highlands, said each first Saturday of the month on all their campuses, they have what is known as a “Serve Day.”

On this day, members of the congregation go out and serve in the community.

“There is a large group of folks from all over DeKalb County that are members of the Church of the Highlands and attended the Gadsden campus,” he said.

Crowne Health Care of Fort Payne was chosen as this month's place to serve.

Clifton said Dr. Tim Decker, the on-call physician at the nursing home, reached out to them, and explained the interest the group had in serving their facility.

“They were super excited about it,” he said.

Due to the COVID-19 restrictions and guidelines, no one is allowed inside the facility at this time. The group's efforts were all done outside.

The group set out to provide each of the 120 patients with gift bags.

Clifton said all the parents who served on Saturday had children who helped decorate those bags.

“We just got brown paper bags with handles on them and then the kids decorated them with bible verses, “we love you,” “Jesus loves you,” and that kind of stuff,” he said.

Clifton said the Crowne Health Care administrator provided them with some suggestions of items the seniors would enjoy. Those items included coloring books, puzzle books, body wash, shampoo and snacks.

He said because of the coronavirus, they stayed outside while the facilities activity director for that day and one nurse came out to gather items.

Buggies were loaded up with bags and food that was carried inside by the two designated staff members.

“We filled all the bags with all different kinds of goodies, and then we got to thinking, okay, we are doing something for all the patients but we also got the staff up there,” he said.

Clifton said he contacted his friend Bobby Ledbetter of Twin City Used Cars, who, along with Miles Smith of Western Sizzlin in Fort Payne, provided lunch for the staff of 35 on Saturday.

On Wednesday, Ledbetter, Smith, and Clifton are set to return to Crowne Health Care and provide lunch for the weekly crew.

Clifton said they did this because there is a different group that works on the weekend versus through the week, and they wanted to serve everyone.

The group had balloons and signs they made as they assembled to form a parade.

“We walked all around the nursing home and stopped at about five or six different places and sang old gospel songs to the patients who could hear us through the windows,” Clifton said.

He said it was a “great, great day,” and the seniors were appreciative.

“The ones that were able to be up and look out the windows were hollering and waving at us,” said Clifton.

Once the parade was concluded, the group handed over the signs and balloons to the staff. There were more than 30 participants there, Clifton said.

“I’ve already heard back from many that participated and they are saying they can’t wait to do another one,” he said.

According to Clifton, Church of the Highlands conducts “first Saturday serve” projects all over the state through their 21 campuses.

“We’ll actually have a major serve day on July 11, and that’s where all the campuses come out and go out into the community and serve,” he said.

Clifton said last year, more than 40,000 people were working all over Alabama that day from the Church of the Highlands.

According to www.churchofhighlands.com, the Church of the Highlands Gadsden campus opened in February of 2016 and served the Gadsden area and the surrounding communities.