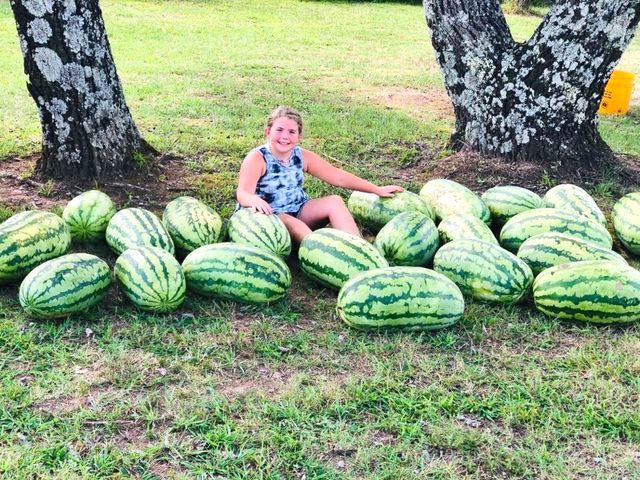 Zada Hamilton of Lookout Mountain poses with some of the watermelons she grew from two packs of seeds she was given for her birthday. Her patience and persistence paid off with 45 watermelons to eat. 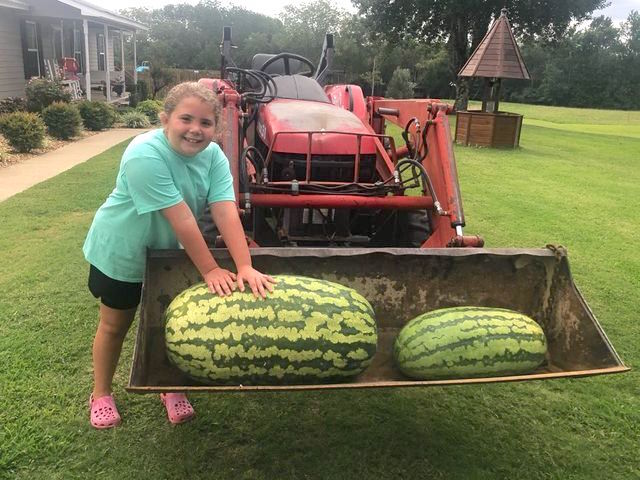 Zada Hamilton of Lookout Mountain poses with some of the watermelons she grew from two packs of seeds she was given for her birthday. Her patience and persistence paid off with 45 watermelons to eat.

Zada Hamilton, of Lookout Mountain, has always loved the taste of watermelon since being a baby. So, her mom and dad decided to let her plant some seeds on the back side of their vegetable garden on the day of her birthday.

"We got her two packs of seeds and just thought we would get a melon or two just to eat on, since we have never grew many before," her parents, Andy and Brittany Hamilton, said.

She watered the hills every day and started noticing one was getting much bigger than all the others. There wasn’t a day that went by that she didn’t go check on her watermelons, especially the biggest one. It seemed to get bigger each day and she couldn’t wait to pick it and see what it weighed.

"Ninety days after planting the seeds, we finally let her pick it, which weighed in at 104.5 lbs and another that weighed 45 lbs. We all were excited but nothing like she was. We decided to cut open the smaller one and see if it was ready and it was one of the best we have ever eaten, so back to the garden we went, and over the next couple of days, we picked a total of 45 watermelons, which she just had to weight each and every one. They ranged from 25 lb to 54 lb. We were thinking 'What in the world are we going to do with this many watermelons?' We only expected to have a few for us to eat. So, over night we got up a plan to set up atop Beason Gap and let her make some hard earned money. Needless to say, she sold out in only a couple of hours!"

The family would like to thank everyone who came by, Zada absolutely enjoyed it.

"We plan on eating the big one on Labor Day weekend and replanting some of the seeds from it next year. So watch out, she’s hoping for an even bigger one next year!"