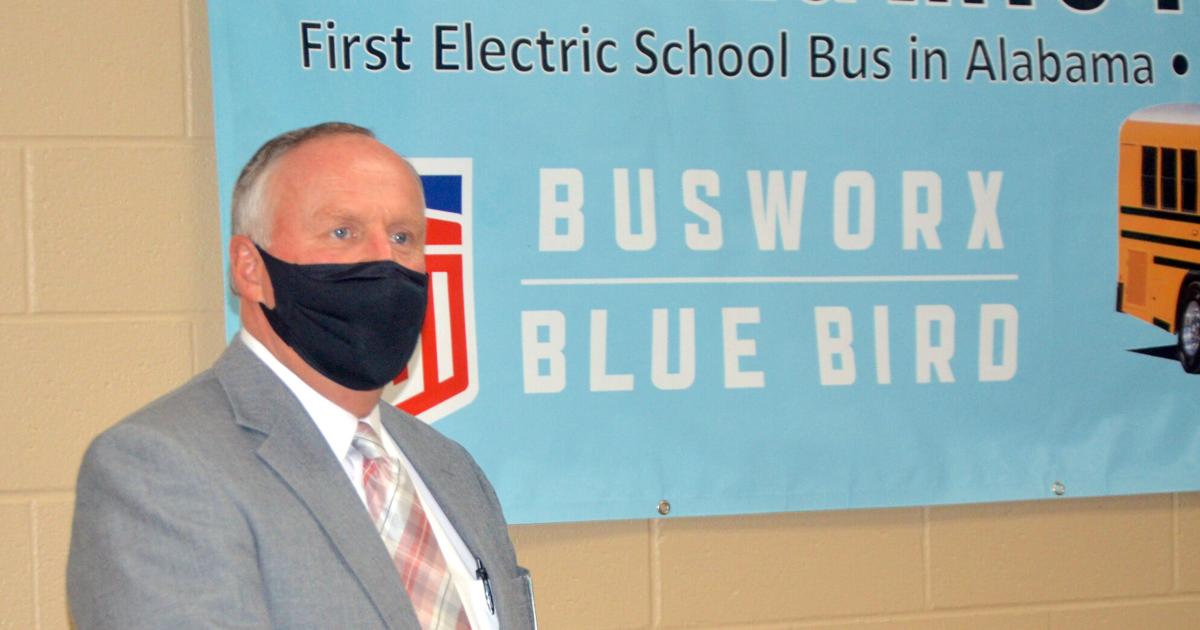 City Superintendent Jim Cunningham reviews projects the city schools have underway to be leaders in the use of tech in education. 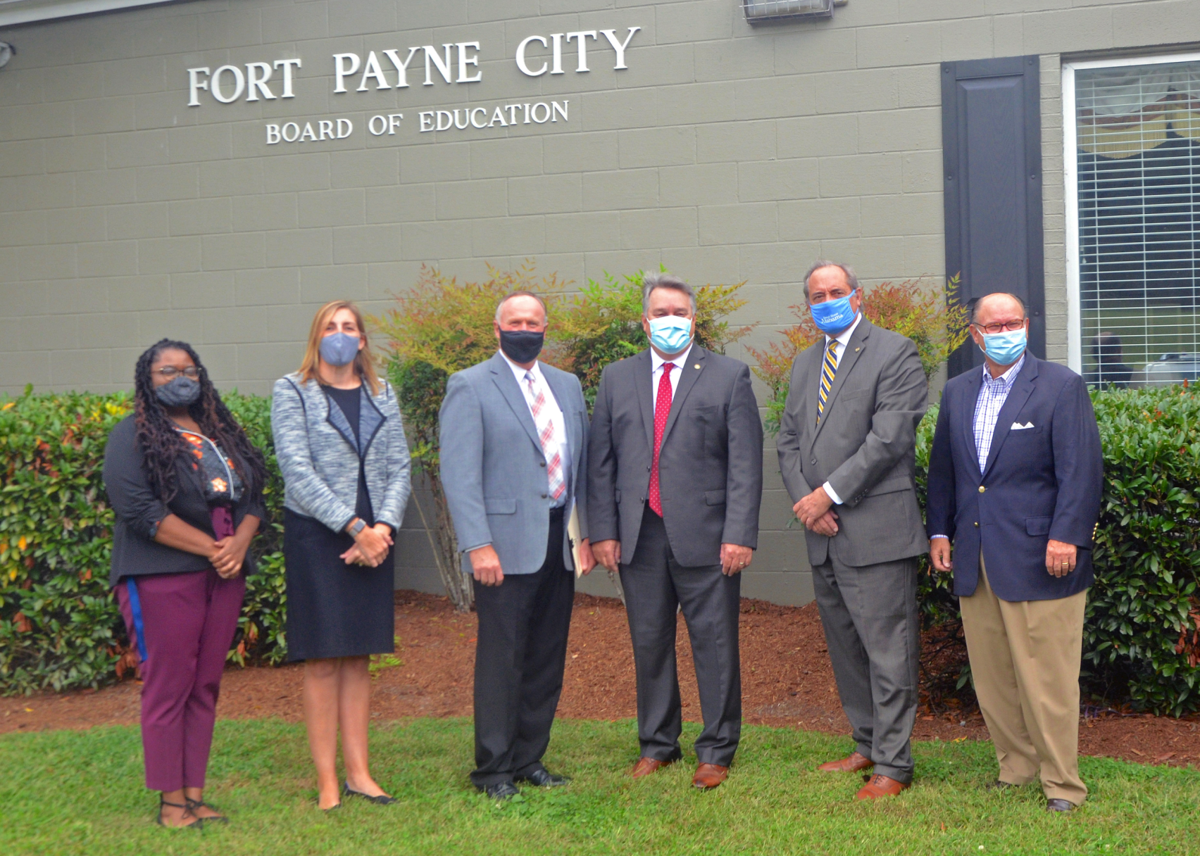 City Superintendent Jim Cunningham reviews projects the city schools have underway to be leaders in the use of tech in education.

Fort Payne’s efforts to be on the cutting edge of technology were in focus Monday as City School Superintendent Jim Cunningham met with two members of DeKalb County’s legislative delegation and officials with the Top of Alabama Regional Council on Governments (TARCOG) to review their successful efforts.

State House Majority Leader Nathaniel Ledbetter [R-Rainsville] and State Sen. Steve Livingston [R-Scottsboro] praised Cunningham for the leadership he has shown as an early adopter of tools such as the Promethean Boards and assigning individual iPads and Chromebook tablet computers to students. It has paid off with the transition to virtual learning in March during the COVID-19 public health crisis.

Cunningham said allowing students to hang onto their Chromebooks allowed for summer learning opportunities and prepared the system in case schools were unable to reopen.

Livingston said he was impressed with how Cunningham paired tech with coaches to help educators through their learning curve. Ledbetter said he proudly boasts around the state that Fort Payne leads in the integration of technology into education and reflected on his long friendship with Cunningham, who he relies on to inform his decision-making about public policy, along with County Superintendent Jason Barnett.

Cunningham thanked the lawmakers for their ongoing efforts to get DeKalb County resources. “We burden them a lot,” he said, “and we get so much support from them.”

He also expressed gratitude to Sara James, the economic development and planning director for TARCOG. She assists the school system in writing grants to acquire funds like the $175,000 from the Appalachian Regional Commission (ARC) to match with board of education dollars to put 738 new Chromebooks in the hands of middle-school students.

“We have big ideas and big desires, but without support, we would never get there,” Cunningham said.

“We’ve learned that technology is always changing, and you have to keep up or you’ll get left behind. I can’t say enough about [TARCOG] and how you’ve helped this community and the school system. You help our grant applications make sense to the people who approve the funding.”

With James’ assistance, the city schools are reapplying with ARC for funds to expand the “Chromebooks in the Classroom” program to add 750 additional Chromebooks for students in grades two through four.

Chromebooks work well with older students, with an integrated keyboard coupled with security and features to accommodate differing ages and learning abilities. For younger children, Cunningham said the ease of use makes iPads more practical.

“It does everything and more that the old version did, but there’s no need to dim the light. It makes it very easy for teachers to load lessons and, with internet use, to deliver lessons virtually or remotely, so we’ll be moving in that direction. Thanks to these two gentlemen, one-to-one is not a problem in this area… I think we are probably ahead of anybody in the state as far as internet capabilities here. So we are very proud of that,” he said.

James said the workforce development aspect of putting the tablet computers in the hands of young children is “making students see what’s possible.”

Noopie Cosby of The Cosby Company, a public affairs agency, said “without these gentlemen and their colleagues supporting the technical assistance funds that go to the Council of Governments… they couldn’t operate. They’re asked to do a lot of things for a lot of people. This is an opportunity for them to see first-hand because this is sort of like a fishing or insurance expedition – you’ve got to put the hook out there to catch fish and you’ve got to knock on a lot of doors to sell the policy. They have to send in a lot of applications and do a lot of time work before they can be successful. Without their support, this doesn’t happen so we thank them and the congressional delegation for supporting the ARC.”

Partly cloudy in the evening. Increasing clouds with periods of showers after midnight. Low 62F. Winds light and variable. Chance of rain 50%.