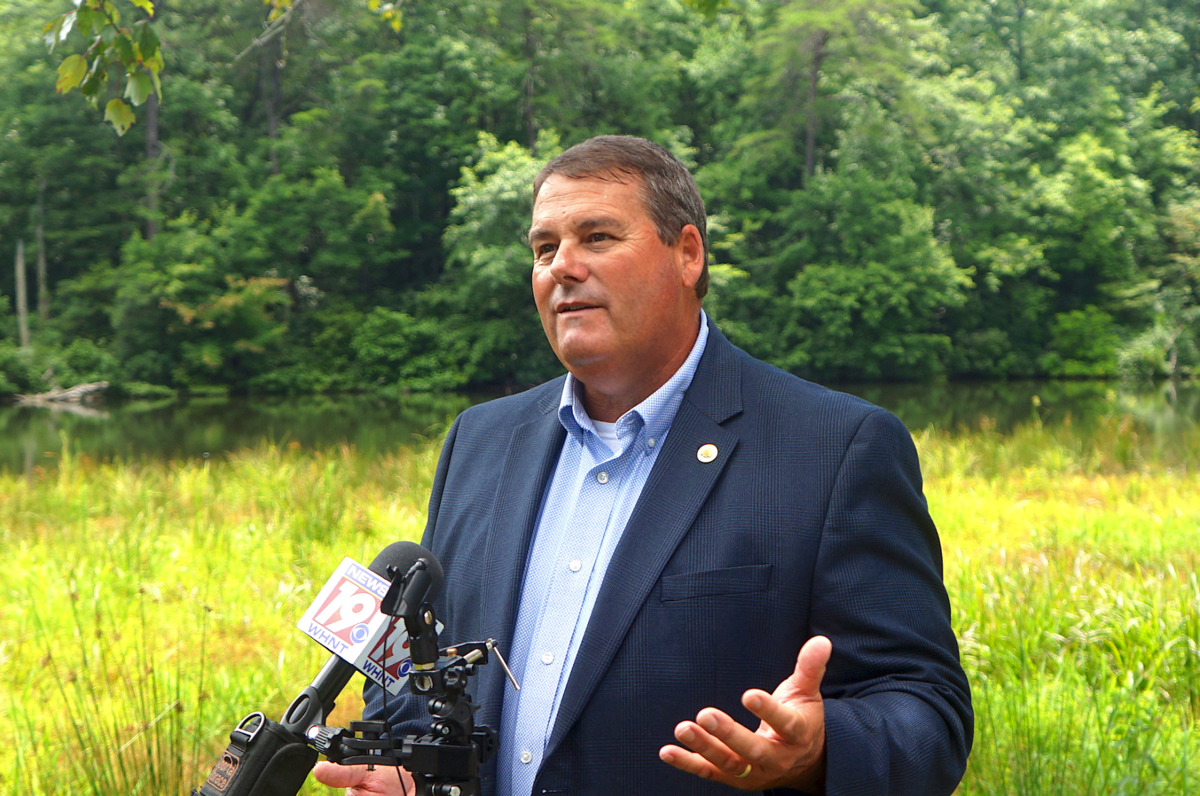 Above, Alabama Department of Conservation and Natural Resources Commissioner Chris Blankenship announced the purchase at a press conference held at DeSoto Falls this Thursday. 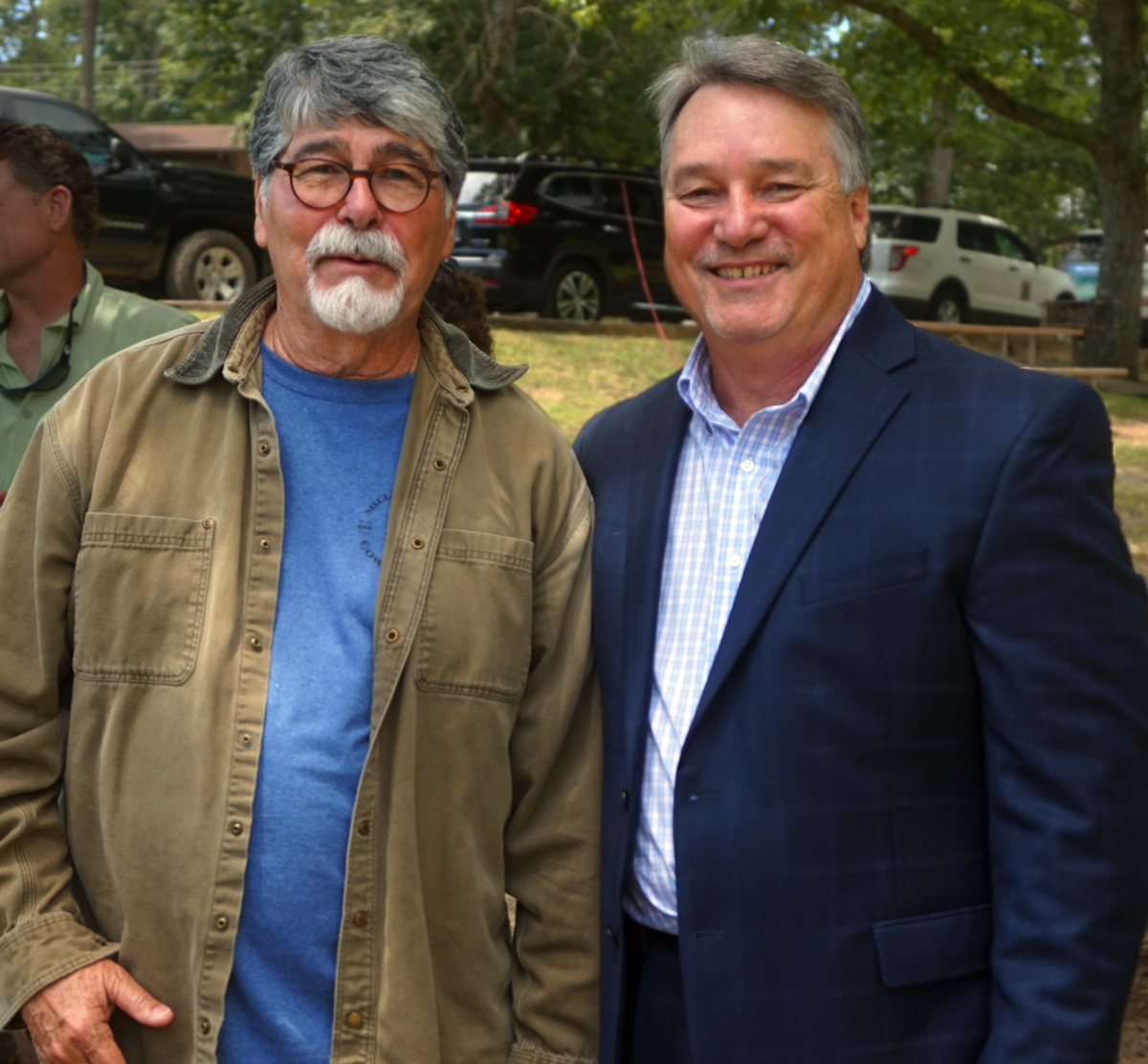 Randy Owen of the country music supergroup Alabama was in the crowd at Thursday’s event and spoke with lawmaker Nathaniel Ledbetter and Angela Shugart of Little River Waterkeeper. 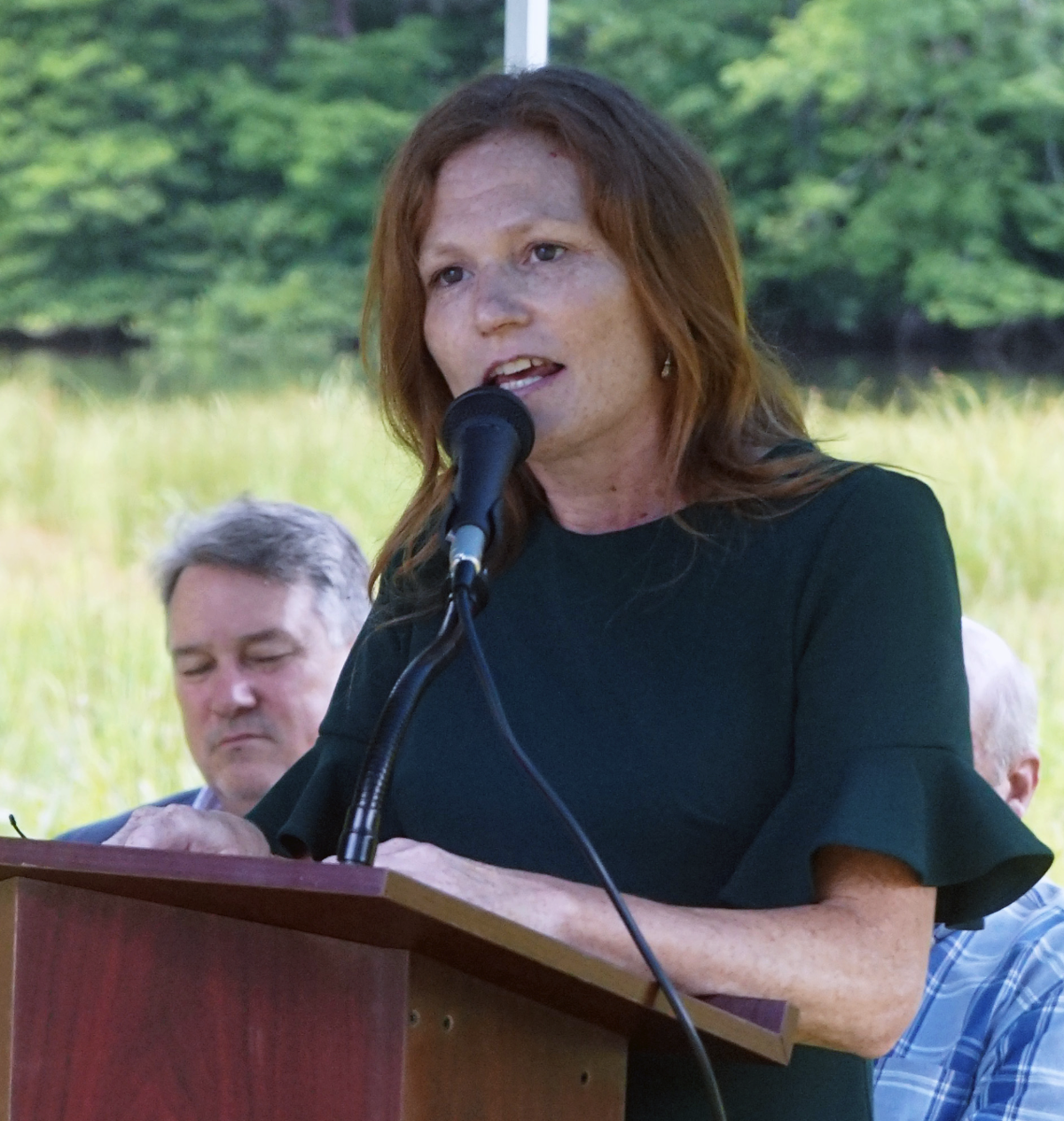 Above, Alabama Department of Conservation and Natural Resources Commissioner Chris Blankenship announced the purchase at a press conference held at DeSoto Falls this Thursday.

Randy Owen of the country music supergroup Alabama was in the crowd at Thursday’s event and spoke with lawmaker Nathaniel Ledbetter and Angela Shugart of Little River Waterkeeper.

One of DeKalb County’s most popular attractions is set to grow as DeSoto State Park adds more than 150 acres near DeSoto Falls. During a press conference on Thursday, Alabama Department of Conservation and Natural Resources (ADCNR) Commissioner Chris Blankenship announced the purchase of a 157-acre tract.

“The Alabama State Parks system is dedicated to preserving natural areas of our state, and that’s exactly what this land purchase accomplishes. DeSoto Falls is one of Alabama’s true natural wonders, and we keep it that way by preserving the area for future generations to enjoy,” Blankenship said.

The Little River West Fork Tract will serve the twin purpose of enhancing public access to the waterways above DeSoto Falls while also limiting commercial development.

A proposed subdivision in the area raised concern among many in the Mentone community about the risks of polluting the waterway and distracted from the scenic beauty that makes it one of the state’s most popular travel destinations. Mentone Mayor Rob Hammond, who lives on property adjoining the tract, said he was relieved to hear that the state would add it to the park.

Blankenship credited Alabama House Majority Leader Sen. Nathaniel Ledbetter, R-Rainsville, for his work toward making the expansion possible. Ledbetter spoke about his memories of bringing his children to the park and the generations who will get to enjoy similar moments as this land is set aside and preserved for them.

Blankenship said the owner of the land worked with the state, which purchased the tract at a good price at a public auction. He noted that DeSoto Falls is a highly popular attraction with limited parking, so the additional land should help to alleviate some of those strains on it with new trails to be developed.

Angela Shugart, executive director of Little River Waterkeeper, spoke at the event, noting the unique environmental qualities about Little River that make it special. She and her husband Bill were thrilled to see the land become part of DeSoto State Park because they work to monitor the water quality and educate citizens about responsible water recreation and conservation.

“Thousands of visitors come to Lookout Mountain every year because of Little River, and this is another step in protecting it for generations to come,” Shugart said.

Various officials were present at the press event, including several state park officials. Also on hand was Alabama lead singer Randy Owen, who has dedicated a lot of time and effort to preserving his hometown.

DeSoto Falls is part of DeSoto State Park, located about eight miles northeast of Fort Payne. The park was developed during the Great Depression by the Civilian Conservation Corps, enhancing the mountainous area to create a family-friendly attraction over 3,502-acres that includes trails, picnic areas, campgrounds and other activities, along with mountain chalets, log and rustic cabins, motel rooms and RV sites. Other amenities include a restaurant, meeting rooms, pavilions, picnic area with playground, Olympic-size swimming pool, a nature center featuring interpretive programs and live animals, a Civilian Conservation Corps museum, and more than 30 miles of hiking and mountain biking trails.