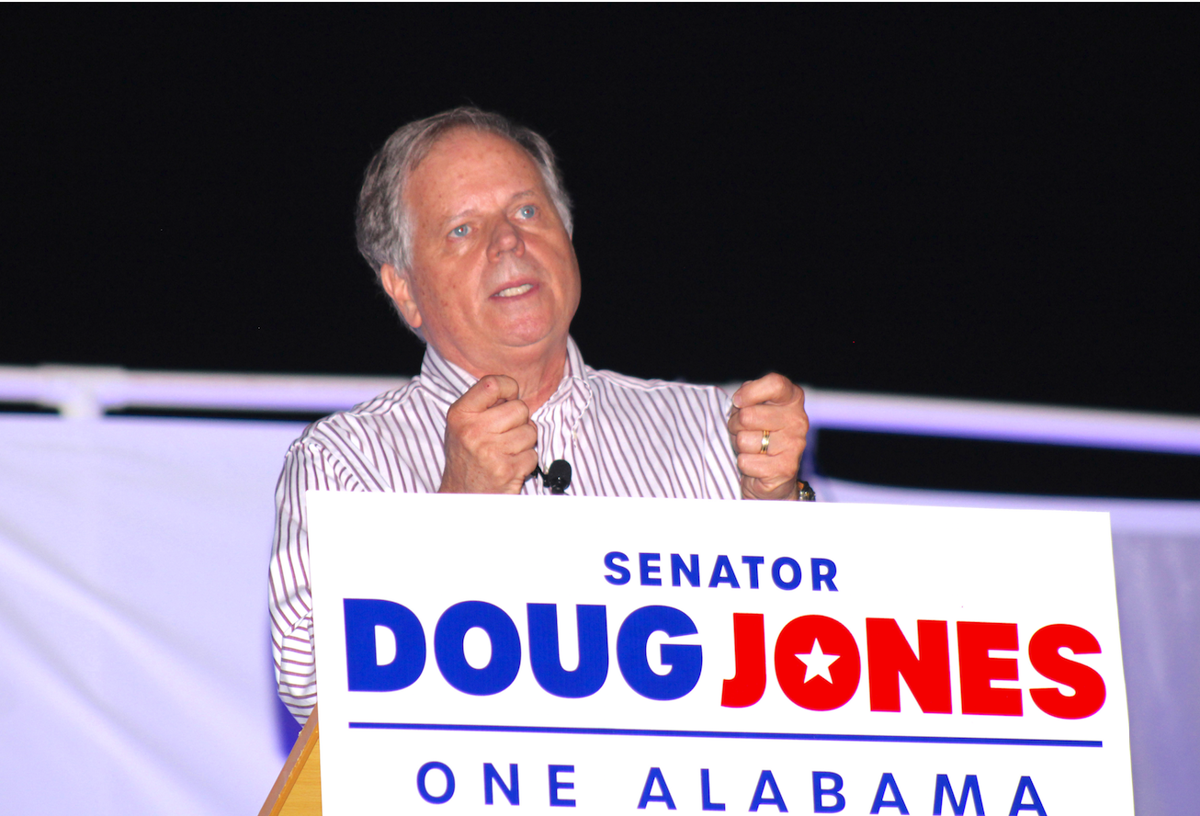 Incumbent U.S. Senator Doug Jones delivers an impassioned speech to supporters at the Tom Bevill Enrichment Center in Rainsville, encouraging them to get out the vote. 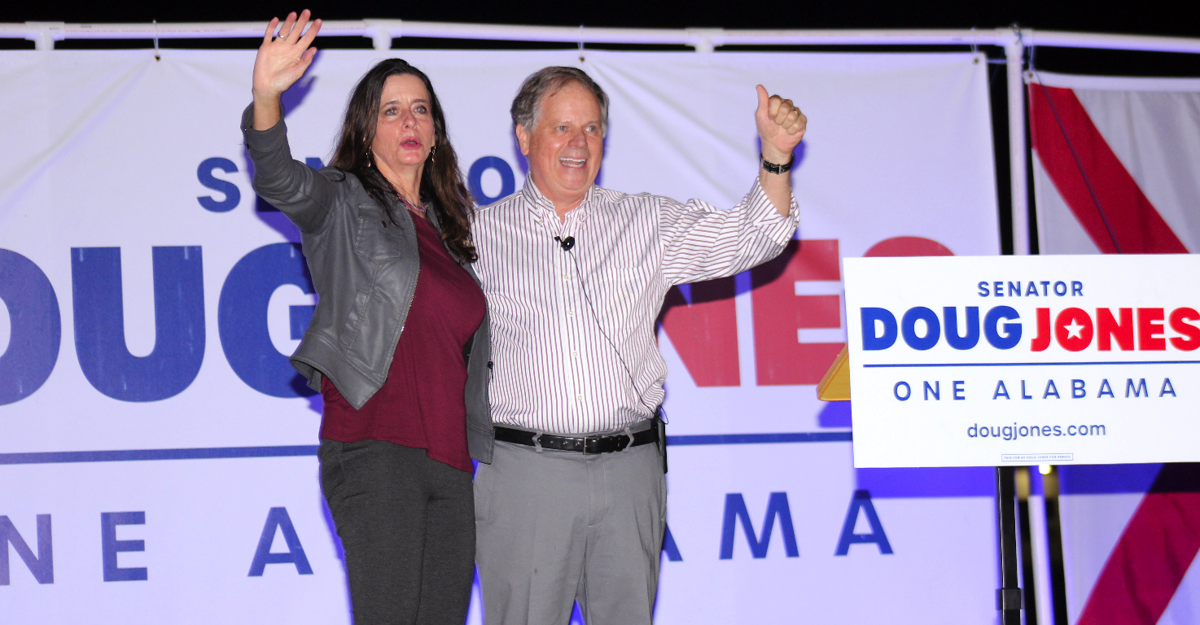 Incumbent U.S. Sen. Doug Jones and his wife Louise greet the crowd at last week’s rally in the parking lot of the Tom Bevill Enrichment Center in Rainsville.

Incumbent U.S. Senator Doug Jones delivers an impassioned speech to supporters at the Tom Bevill Enrichment Center in Rainsville, encouraging them to get out the vote.

Incumbent U.S. Sen. Doug Jones and his wife Louise greet the crowd at last week’s rally in the parking lot of the Tom Bevill Enrichment Center in Rainsville.

Incumbent U.S. Senator Doug Jones held a drive-in rally Thursday evening in the parking lot of the Tom Bevill Enrichment Center in Rainsville. With new cases of COVID-19 increasing, supporters remained in their cars, honking horns as the candidate spoke from a trailer bed.

Jones said Republicans have worked tirelessly to paint Democrats as extremists, but he follows in the footsteps of President Franklin D. Roosevelt.

He was introduced by former commissioner of Agriculture and Industries Ron Sparks, who spoke fondly of how the two men had gone deer hunting together. Others voiced support via recorded videos projected onto a screen. Some criticized his opponent, Tommy Tuberville, who held a competing event in Sylvania.

Jones mentioned a claim that President Donald Trump, while visiting a cemetery where 1,800 marines lost their lives, allegedly referred to them as “losers” and “suckers” for getting killed.

“Tommy Tuberville didn’t open his mouth,” Jones said. “He didn’t criticize and we did. That’s the way you’ve got to stand up for what’s right in this country,” Jones said.

He accused his opponent of “dog whistle politics” to disguise the ugliness of plans to cut Medicare, take school lunches away from poor children and privatize Social Security. He also portrayed Tuberville as being clueless about public policy.

As contrast, Jones touted his success with helping rural banks eliminate regulatory red tape, saying, “It saved them money that they’re now able to get to you when you need loans and they’re not getting bogged down with expenses.”

He promised to expand access to broadband internet in rural areas.

“This pandemic put a spotlight on the need for more broadband,” Jones said. “We see it with our children where there’s a homework gap. We see it in businesses who can’t compete because they don’t have strong internet access. We see it as a way to way to lower healthcare costs. We’ve also got to make it affordable because it doesn’t make any difference if people can’t afford it. That’s where the federal government comes in. FDR got power to all of rural America and Alabama. We’ve got to do the same thing with broadband, folks. It’s going to help you keep your hospital in Alabama.”

“In Alabama alone, 14 hospitals have closed, eight of those rural hospitals. That’s unacceptable,” Jones said. “We need to do something. A bill I have would give Alabama incentive to expand Medicaid and get that money coming in to this area.”

He said their healthcare is under attack.

“The Trump Administration has tried to destroy the Affordable Care Act. If Tommy Tuberville has his way, he will destroy it. If that goes away, the 957,000 Alabamians under the age of 65 who have pre-existing conditions, their healthcare will be in jeopardy because, if you go back to the old ways, you won’t be able to get insured for that condition. If you’ve had some kind of surgery, you’ve got a pre-existing condition. Heart disease... Diabetes… You know how prevalent these are in Alabama. Those people will potentially lose their healthcare,” he said.

The loudest applause of the night came when Jones vowed “I am never going to let industries like the sock industry that left here years ago go away, I’m not going to let that happen. I’m going to bring those jobs back and re-purpose our empty factories. We’re too dependent on foreign sources for the masks you’re all wearing.”

He encouraged his supporters to take advantage of in-person absentee voting at the courthouse. “The stakes are high. Protect our right to vote.”