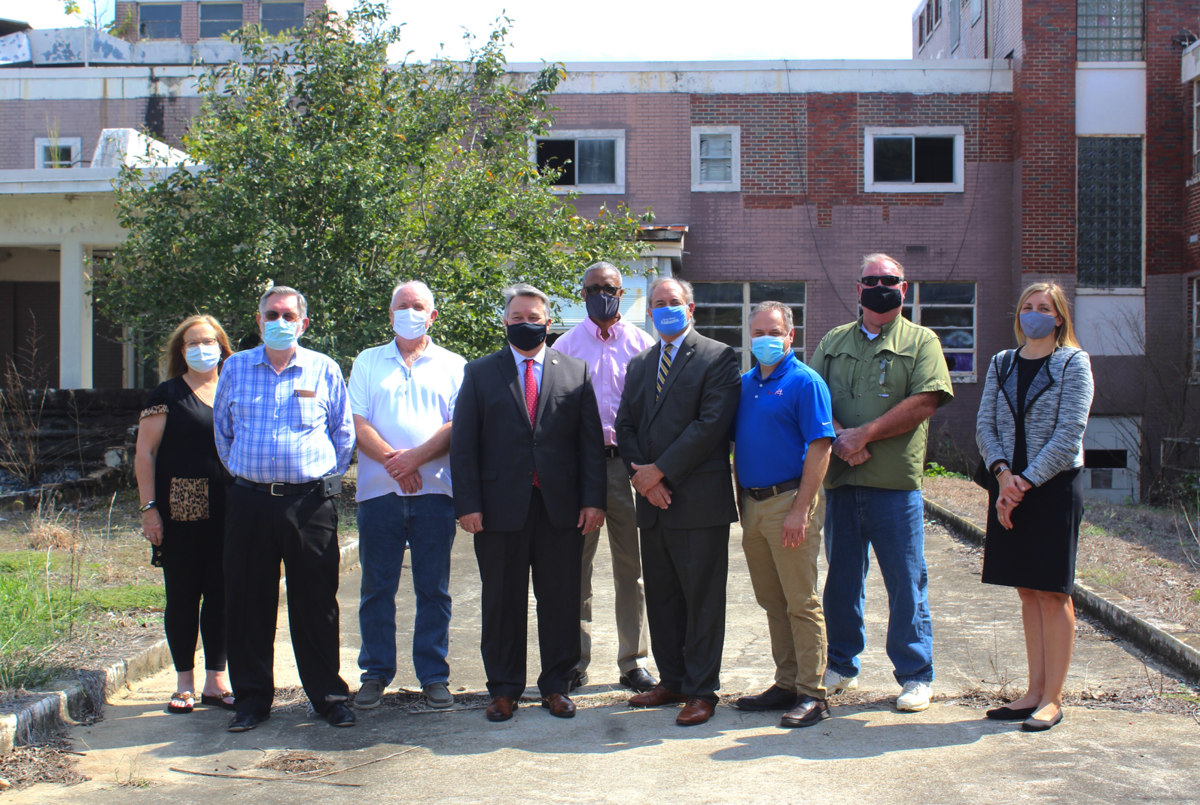 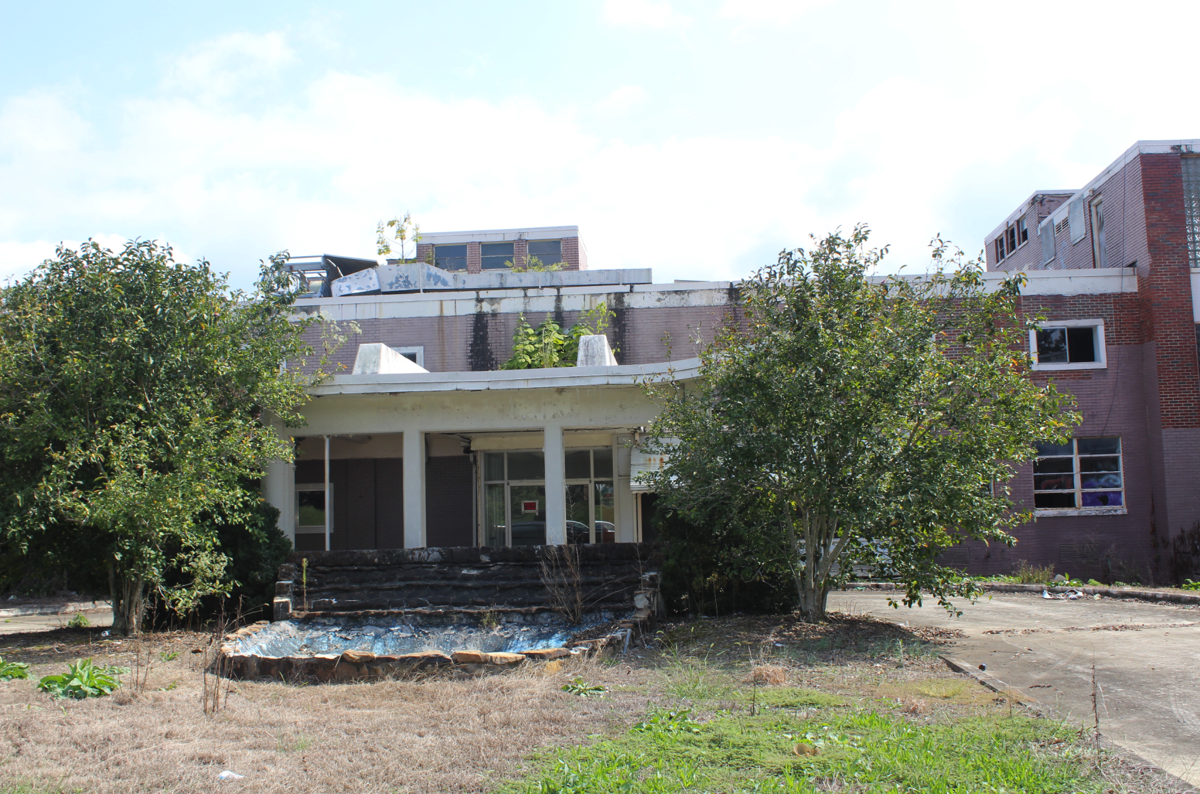 Above is the entrance to the oldDeKalb County General Hospital that is located at the 1300 block of Forest Avenue in Fort Payne. The grants applied for pay for the demolition and clearance of the site that has been cited as having multiple environmental hazards. 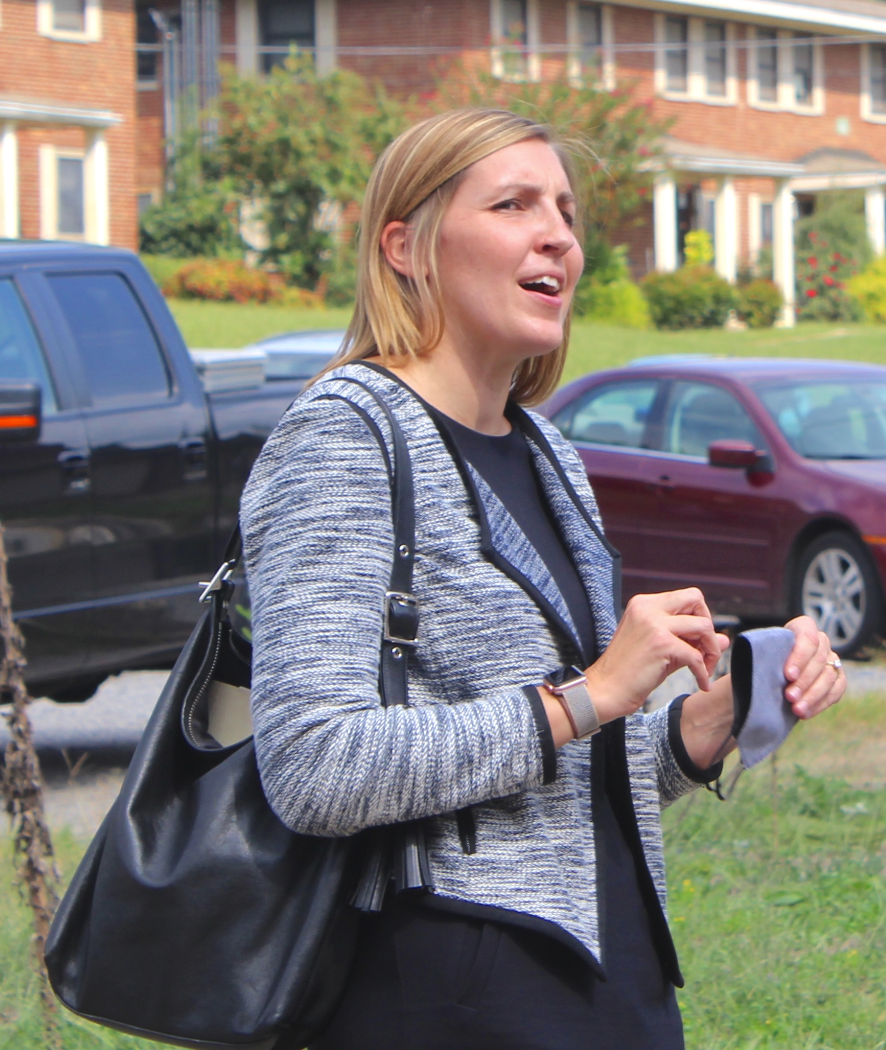 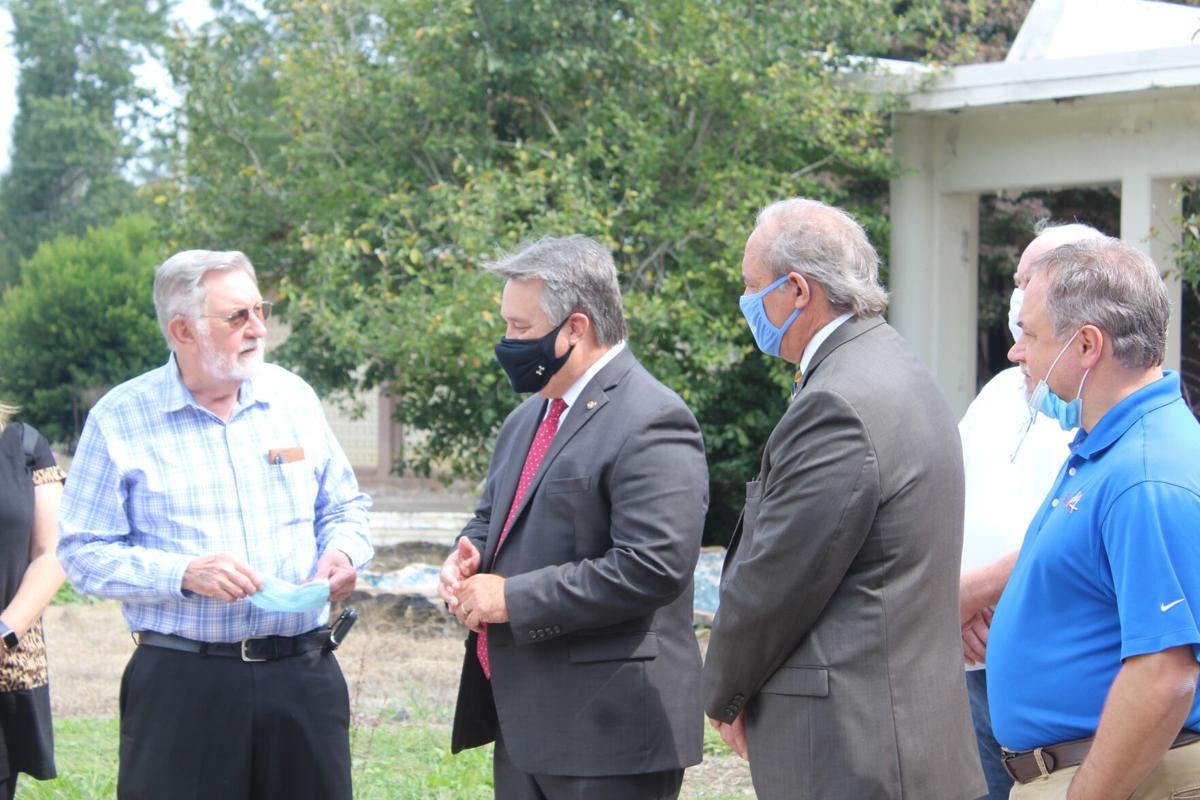 Above is the entrance to the oldDeKalb County General Hospital that is located at the 1300 block of Forest Avenue in Fort Payne. The grants applied for pay for the demolition and clearance of the site that has been cited as having multiple environmental hazards.

A visit to the old Fort Payne Hospital site by local government leaders earlier this week brought hopeful news about its eventual fate.

DeKalb County Legislative Day, hosted by Top of Alabama Regional Council of Governments, allowed Fort Payne City Council members, local legislatures and TARCOG representatives to discuss the status of grants the city has been trying to acquire to demolish the building.

“Today, we wanted to bring our state legislatures out here to show them some different things we’ve done in Fort Payne as kind of an example of things we’ve done throughout DeKalb County, and what better place to bring you all then this site of the old hospital,” Sara James, economic development and planning director with TARCOG, said. “What this site showcases is the work TARCOG puts into grant writing and project development before any dollars are spent. In the past, on this site, we’ve done Phase I and Phase II environmental with Alabama Environmental Management, we’ve applied to CBDG three years in a row, and we’ve also applied to the Appalachian Regional Commission two years in a row. We’ve been requesting $450,000 from CBDG, $200,000 from ARC and a city match of up to $700,000.”

The hospital was built in 1950, and in 1983, it sold and became Baptist Medical Center DeKalb. The new hospital, DeKalb Regional Medical Center, was completed in 1986 on Highway 35 West.

According to an article in a past edition of The Times-Journal, “the old hospital building then served as a retirement home called The Fountains before closing in December 2003 due to rising costs and low occupancy. The space was adapted for apartments, but the corporation that bought the Fountains financed it before declaring bankruptcy, according to past news reports. Funding was sought for a feasibility study for possible re-development in May 2013, but significant environmental issues like mold and asbestos led to stripping the building of materials that could be resold, such as metals, by October 2013. The old hospital building has remained empty and decaying for years. City leaders have referred to the vacant structure as 'an eyesore'.”

The $1.35 million project encompasses the demolition and clearance of the 3.6 acres site of the old DeKalb County General Hospital building at the 1300 block of Forest Avenue North.

• the city committing up to $700,000 of local funds to ensure the project is completed.

Fort Payne Mayor Larry Chesser said the city tried to utilize parts of the site by making a community center or storm shelter but it would “cost ten times as much to try and fix it. So, we’re just trying our best to get rid of it.” The city also has Sen. Steve Livingston and Rep. Nathaniel Ledbetter to thank for the progress thus far and the future grant announcements, Chesser said.

“It’s been an eyesore for a long time and we desperately want to see it go and we’re really hoping that we get that funding this year so that it can happen,” Mayor-elect Brian Baine said. “The sooner the better.”

Ledbetter and Livingston said they were anxious to complete the project to improve the downtown Fort Payne image and the environmental issues associated with the site.

The grant applications have been submitted, and they are anticipating an announcement in October or November.