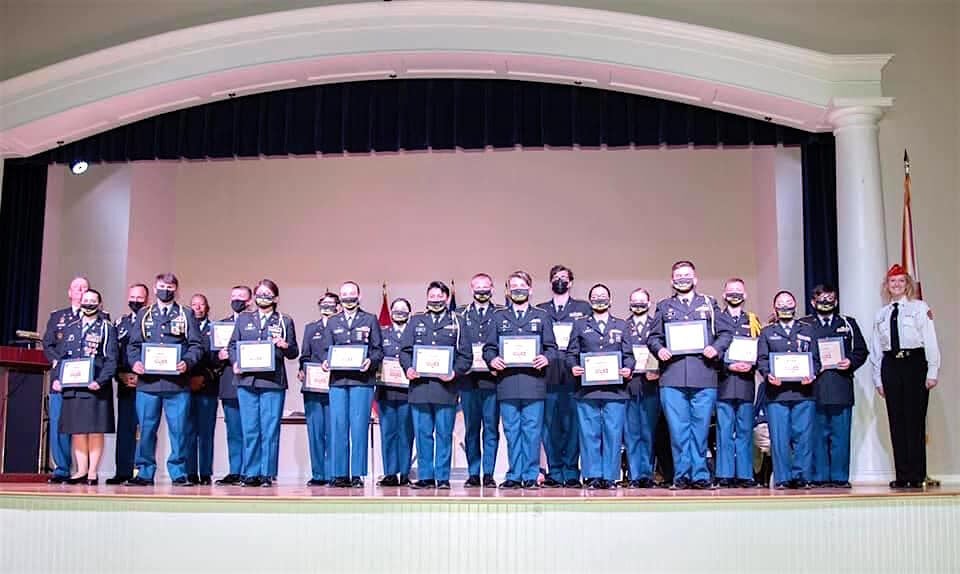 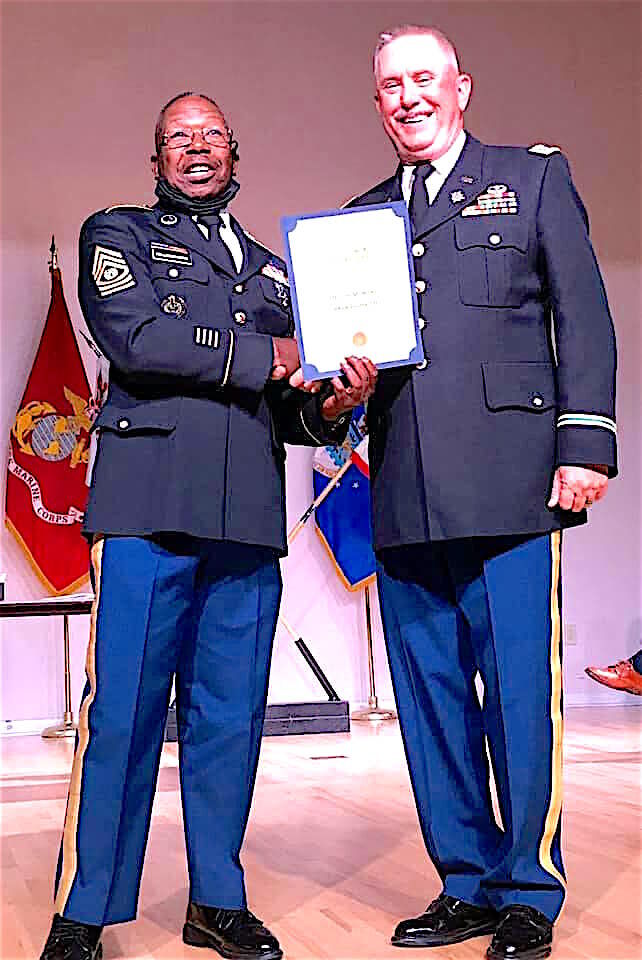 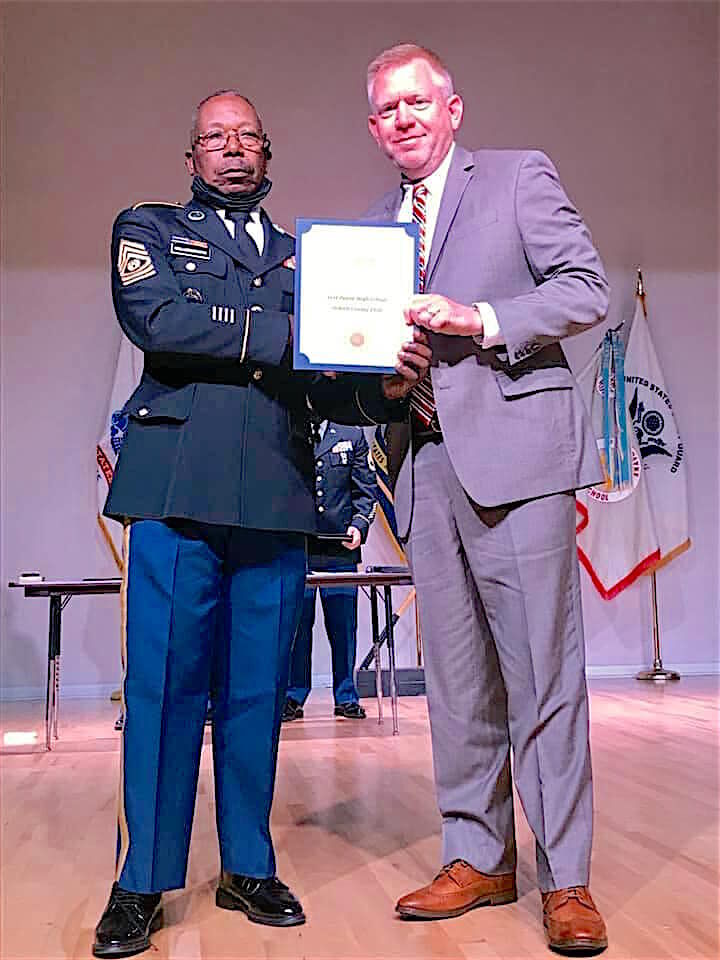 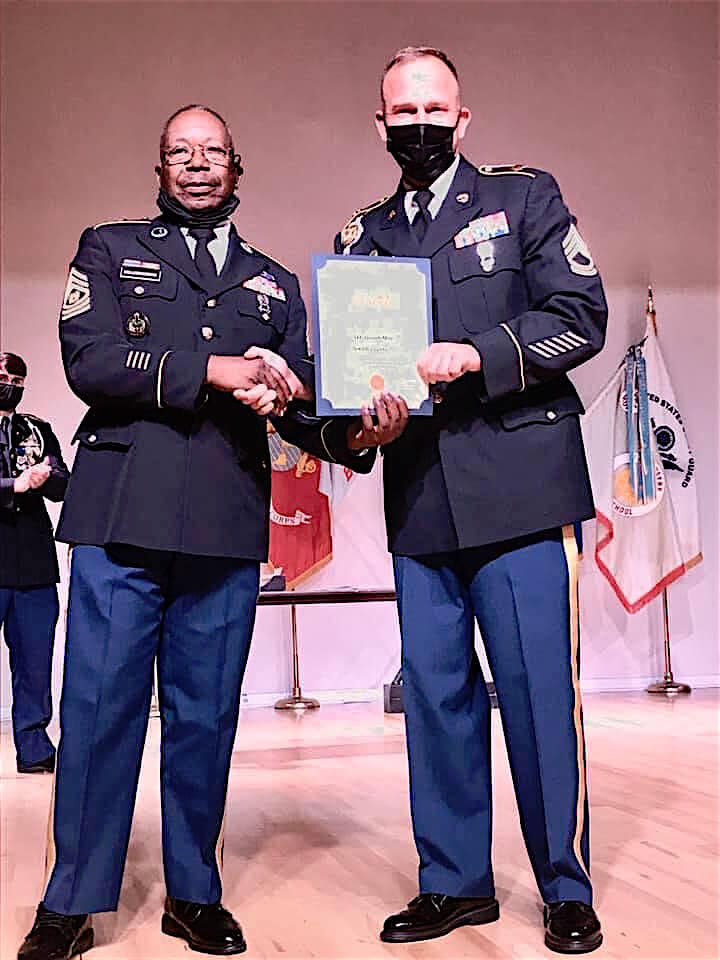 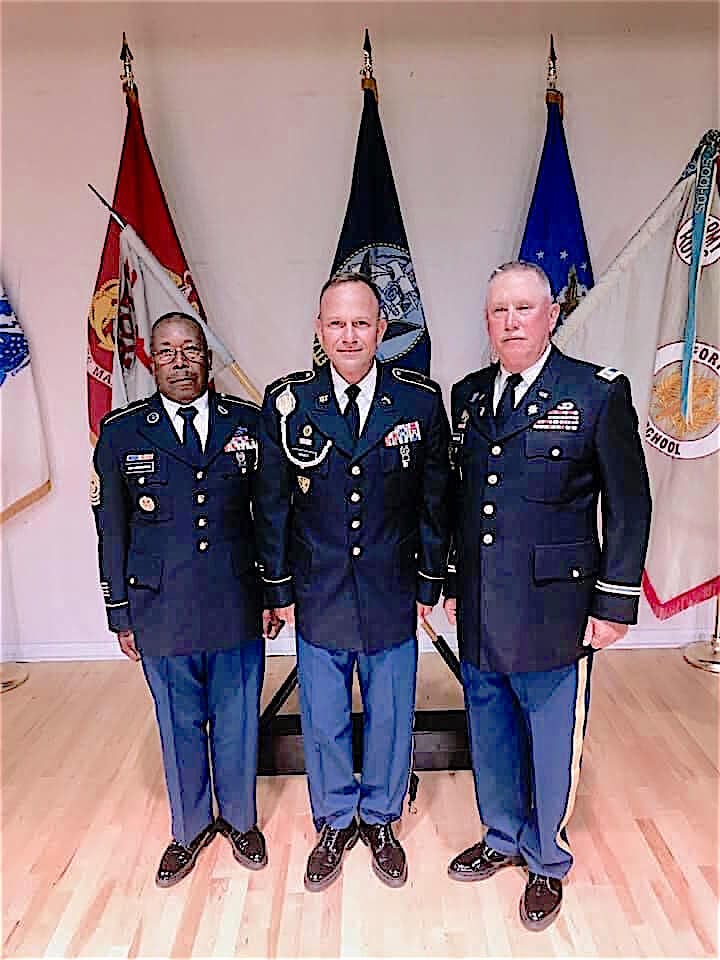 The FPHS JROTC Wildcat Battalion was honored at their 2021 Spring Break Awards Night on Friday for 290 hours of volunteer work for our 2020 Marine Toys for Tots campaign.

CSM Herbert Hollingsworth presented a plaque to LTC John M. Walker in appreciation of the cadets’ hard work, which is their largest annual Community Service Project.

This is the FPHS JROTC’s 5th year to volunteer with Marine TFT of DeKalb County, AL.

A USMC Commanders Award was presented to Fort Payne High School, which raised approximately 700 toys in their 2020 toy drive. Accepting on behalf of the school was Assistant Principal Patrick Barnes.

Each cadet present who worked in 2020 as a TFT volunteer received a Certificate of Appreciation from the Marine Toys for Tots Coordinator LaRue Hardinger; plus certification for the number of hours each cadet worked as their community service project.

The cadets helped unload trucks of toys to be bagged; helped load the bagged toys for transport to the distribution point; and helped with the two-day toy distribution, as families come to pick up their bagged Christmas toys.

Many other awards and recognitions were part of the ceremony. Those are listed in the program which is featured at the bottom of this photo album.

We would like to congratulation all the cadets on a job well done!

We also wish to congratulate Kaitlyn Nicole Roe who earned her new rank of Wildcat Battalion Commander; and Joshua Mayo who is the new FPHS JROTC Color Guard Commander.

We also would like to recognize cadets Shawn Cagel and Zuleyma Bulux for their commitment to join the U.S. Army National Guard, as announced by National Guard Recruiter SSGT Joshua Heard.

Battalion Commander Roe ended the ceremony by leading the cadets in a recitation of the Cadets Creed, which is also featured in this photo album.

We at Marine Toys for Tots of DeKalb County, and our sponsoring organization - N.E. AL Marine Corps League, Detachment 1404 - look forward to working again with the FPHS JROTC this year to bring new Christmas toys to local children-in-need!

Last December, toys were provided for 1,249 local children ... thanks to the generosity of this community and hard-working volunteers like the FPHS JROTC Wildcat Battalion Cadets!