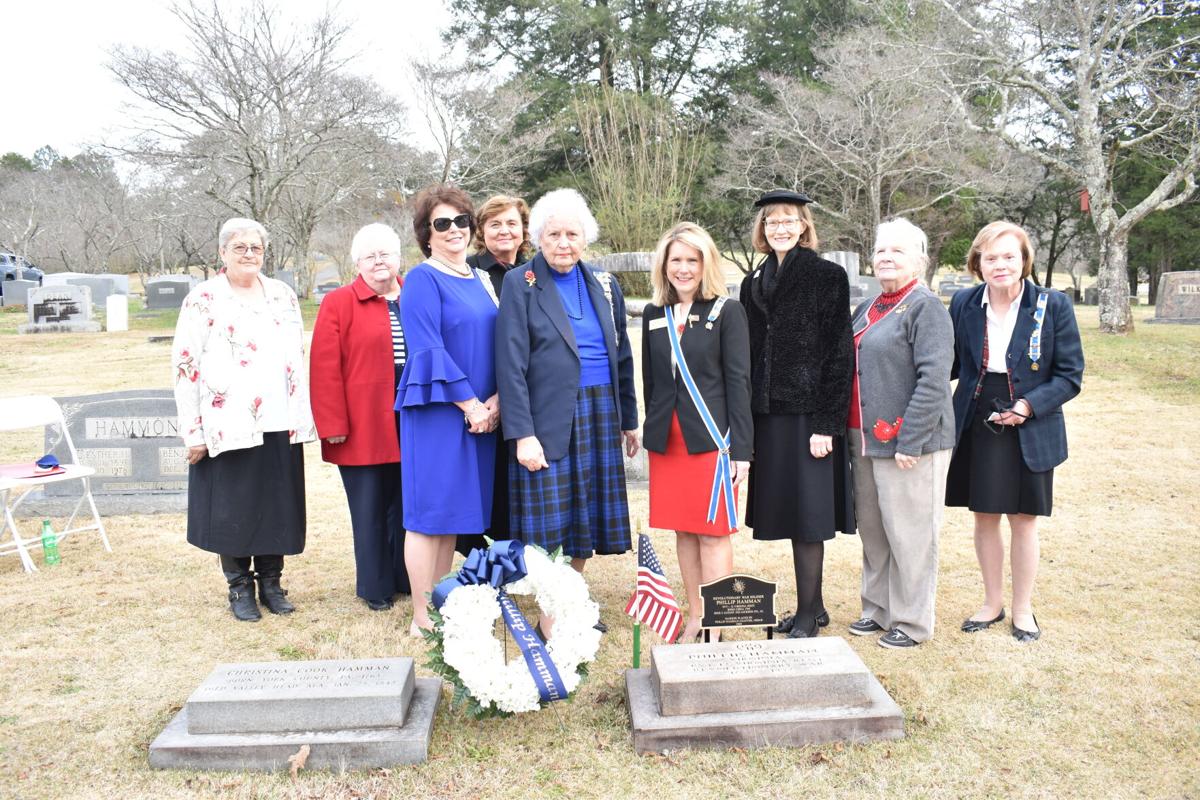 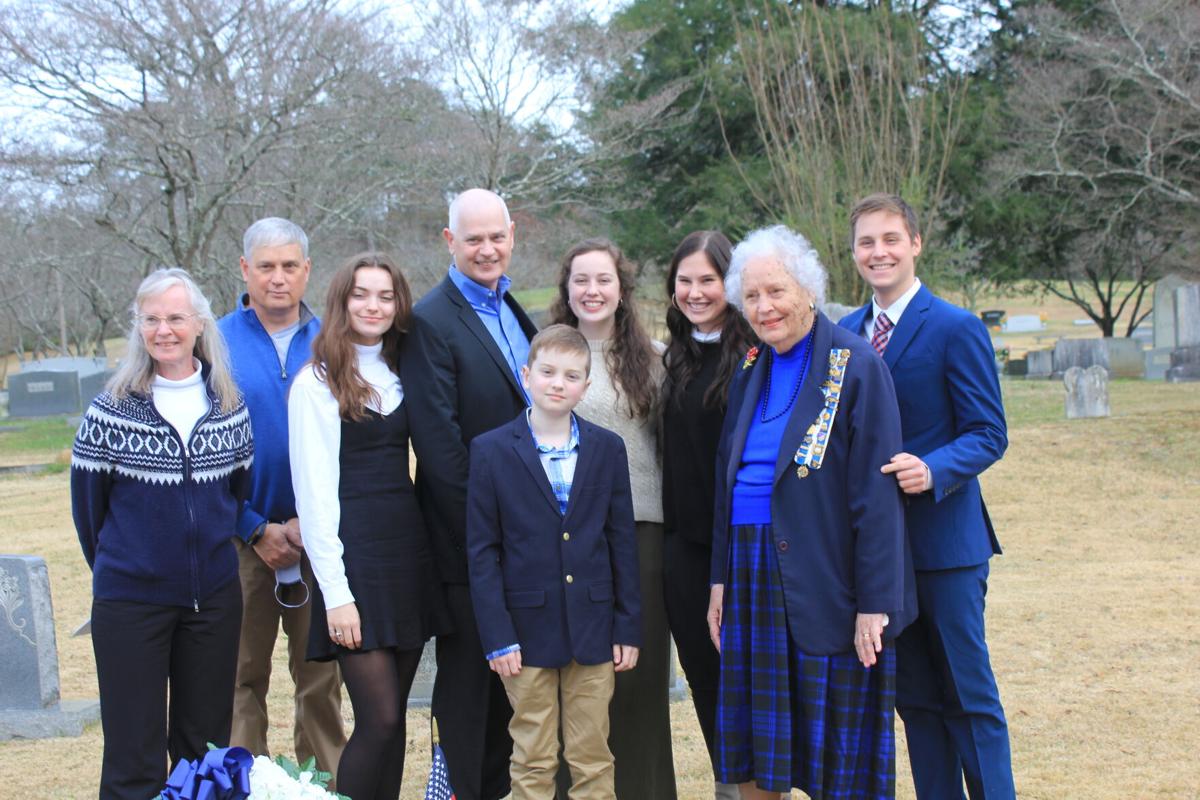 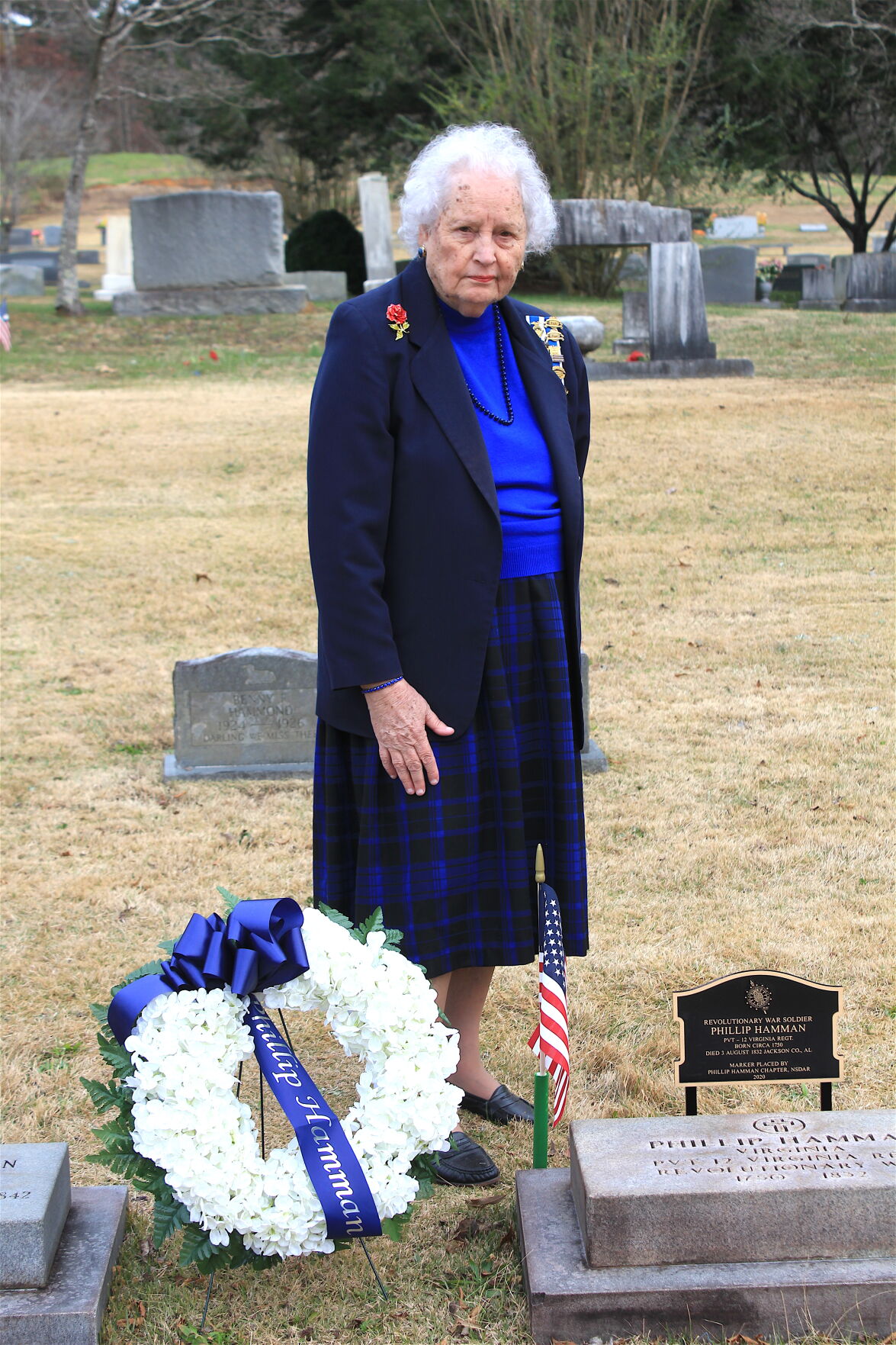 A grave marking ceremony honoring American Revolutionary War Soldier Phillip Hamman was held on December 06, 2020 at Valley Head Cemetery in Valley Head, Alabama. Over 60 family descendants, DAR Members, SAR Members and guests attended the ceremony. Evelyn Newsome, DAR member of American Society of the Daughters of the American Revolution, Phillip Hamman Chapter in Fort Payne, Alabama coordinated the grave marking ceremony. The ceremony was a tribute to his life, his service to America and homecoming to his family of descendants.

Phillip Hamman was born in 1750, in the Upper Rhineland area of Germany known as the "Palatinate." He arrived in Colonial America at Philadelphia, on October 16, 1772, and immediately settled in the Greenbrier Valley of Virginia.

A frontier soldier in Colonial days, he fought through the Revolutionary War with Virginia’s 12th Regiment. On Oct. 10, 1774 he fought with the 12th Virginia Regt. in the Battle of Point Pleasant. After that, he was the "Savior of Greenbrier” because of his daring exploits as a scout among the Indians in which he saved the inhabitants of the Greenbrier Settlements from almost certain Indian massacre.

On Mar. 3, 1780 he wed Christina Cook, daughter of Valentine Cook, Sr., in Greenbrier County, Virginia, at Cook's Fort. Their first two children, John and Baby (name unknown), were born in Virginia. By 1783, they went West over the famed Wilderness Trail to Kentucky, where they settled on 2000 acres in Fayette County, which later became a part of Montgomery County. There they lived some 40 years and raised their large family.

By 1826, they had moved on to Jackson County, Alabama, near Fackler. In 1827, Phillip Hamman was ordained the first pastor of Friendship Baptist Church at Fackler. He and Christina lived on a 2000-acre plantation.

Phillip died on Aug. 3, 1832 and was buried on his plantation. Christina died Jan. 28, 1842, while residing with her son, William Cook Hamman, near Valley Head, Alabama. She was buried beside Phillip. Over the years, their graves were neglected. In 1972, their remains were moved to the Valley Head Cemetery.

Areas of patchy fog early. Mostly cloudy skies early, then partly cloudy in the afternoon. High around 55F. Winds N at 5 to 10 mph.