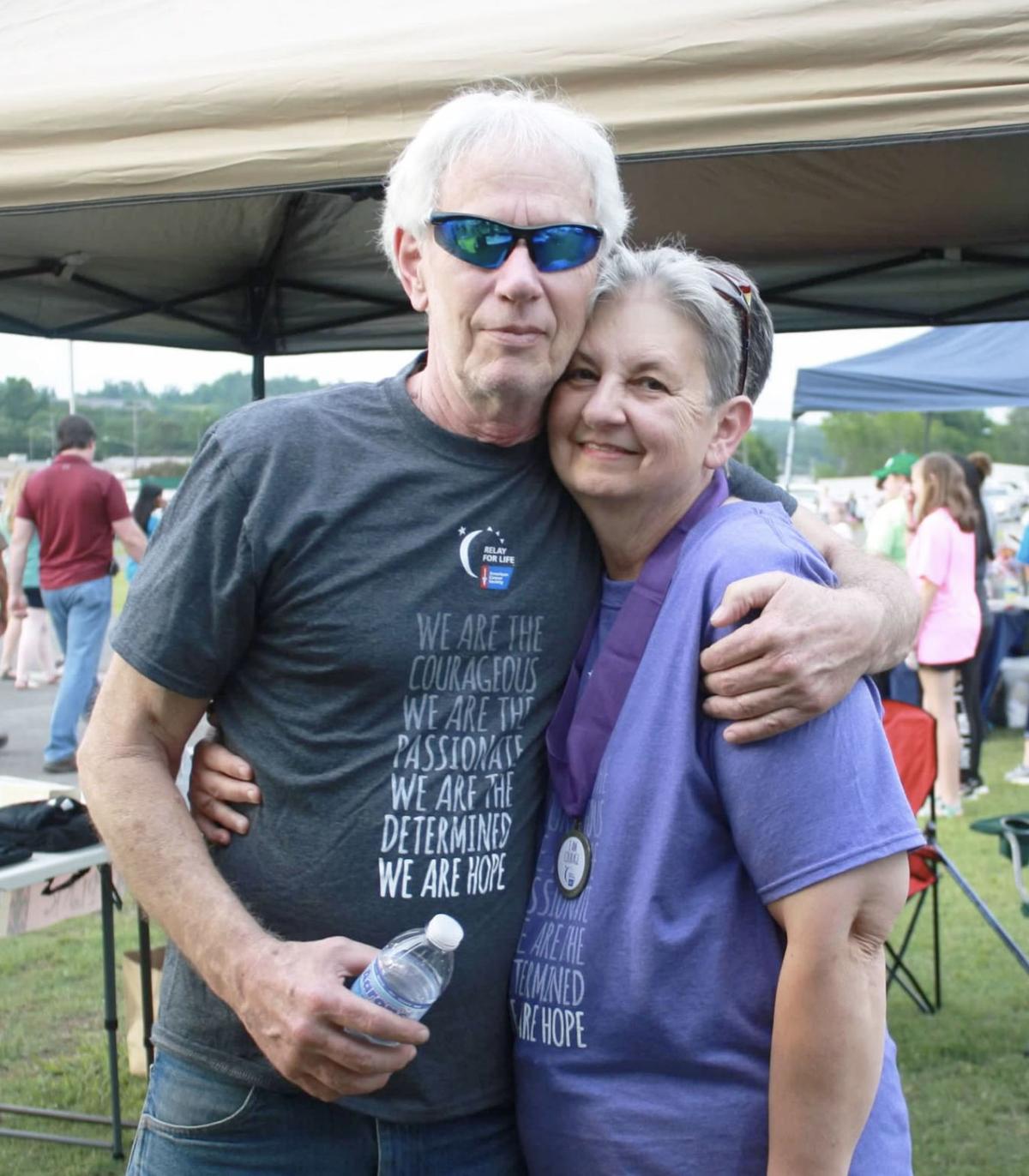 Kathy said her husband, Ronnie, was by her side through her treatments last year. The two are pictured at the last Relay for Life event. 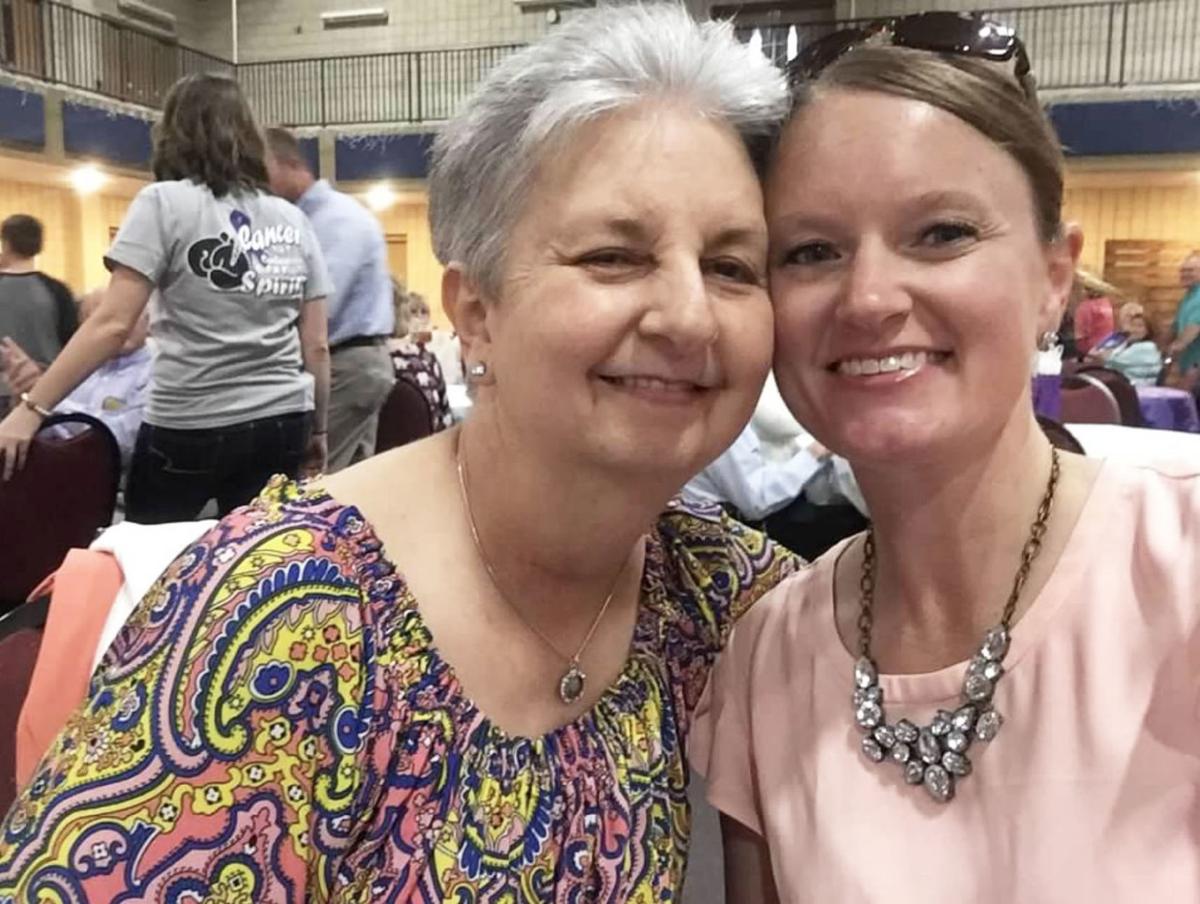 Kathy said her husband, Ronnie, was by her side through her treatments last year. The two are pictured at the last Relay for Life event.

Robertson said she felt a knot on her head and made an appointment with Dr. Dale Stierwalt in Fort Payne, but a few days before her appointment, she also found a knot in her breast.

“I always said that I think the Lord was involved, because I hadn’t even felt a knot until four days before I went the surgeon for a knot on my head, and I just felt like it was meant for me to find it and get it taken care of as soon as I did,” Robertson said.

She was sent to the surgeon where she had a biopsy performed, and within five days she was diagnosed with breast cancer.

“At the time we didn’t know what we’d have to do or what we were facing because I’d never had anybody in my family have anything like this,” Robertson said. “It’s never run in our, my mother, grandmother, no one has had breast cancer that I know of.”

Having no personal experience with the disease, Robertson said she turned to her doctors for information and advice.

“I didn’t know anyone that’s had breast cancer so I couldn’t just go and talk about it,” Robertson said. “I just basically talked to my doctors and the oncologists, and where I took the radiation, they all talked to me about it.”

One of the first things her doctor told her was to steer clear of internet medical searches.

“My oncologist in Chattanooga, he said, ‘Whatever you do, don’t get on the internet and look up breast cancer. You will be scared to death before you get finished.’” Robertson said.

Her husband, Ronnie, daughters, Jennifer Manning and Adriane Ogle, and son, Jeremiah Robertson, helped her through the process and went to her appointments, Robertson said.

“My tumor was hormone related,” she said. “I had a hysterectomy years ago and usually a lot of women have to have hormones, but they said my body made too much estrogen.”

Robertson said she is now on medication to keep her body from producing the extra estrogen that caused her tumor in her breast.

“It’ll be two years in January since I had my surgery and started my treatments,” she said. “I was out of work for four months, six weeks for surgery and then I started radiation.”

She underwent twenty rounds of radiation soon after the diagnosis.

“I had 20 radiation treatments, and I went through it well,” she said. “I didn’t have to have chemo, just radiation. It was twenty times, Monday through Friday.”

Robertson says she sees her oncologists and surgeon every few months since she was diagnosed.

“It is very important for women to have their yearly mammogram,” Robertson said. “I know I don’t miss one now. I hadn’t had one in several years. I just didn’t take the time to do it. That’s what I tell my girls, to take the time. It doesn’t take that much time to have it done. Just go and get one done.”

Robertson’s daughter, Manning, said her mother is “tough as nails” and her confidence.

“When we first found out, we were upset and devastated,” Manning said. “You never want to hear that kind of diagnosis, but at the same time, we were confident that they had found it early, and she was in the care of great doctors.”

Manning said it is important to give self-examinations because that is probably what saved her mother’s life.

“It’s funny, because of she a total worry wart when it comes to us, but with herself, she’s like, ‘I’ve got this.’”