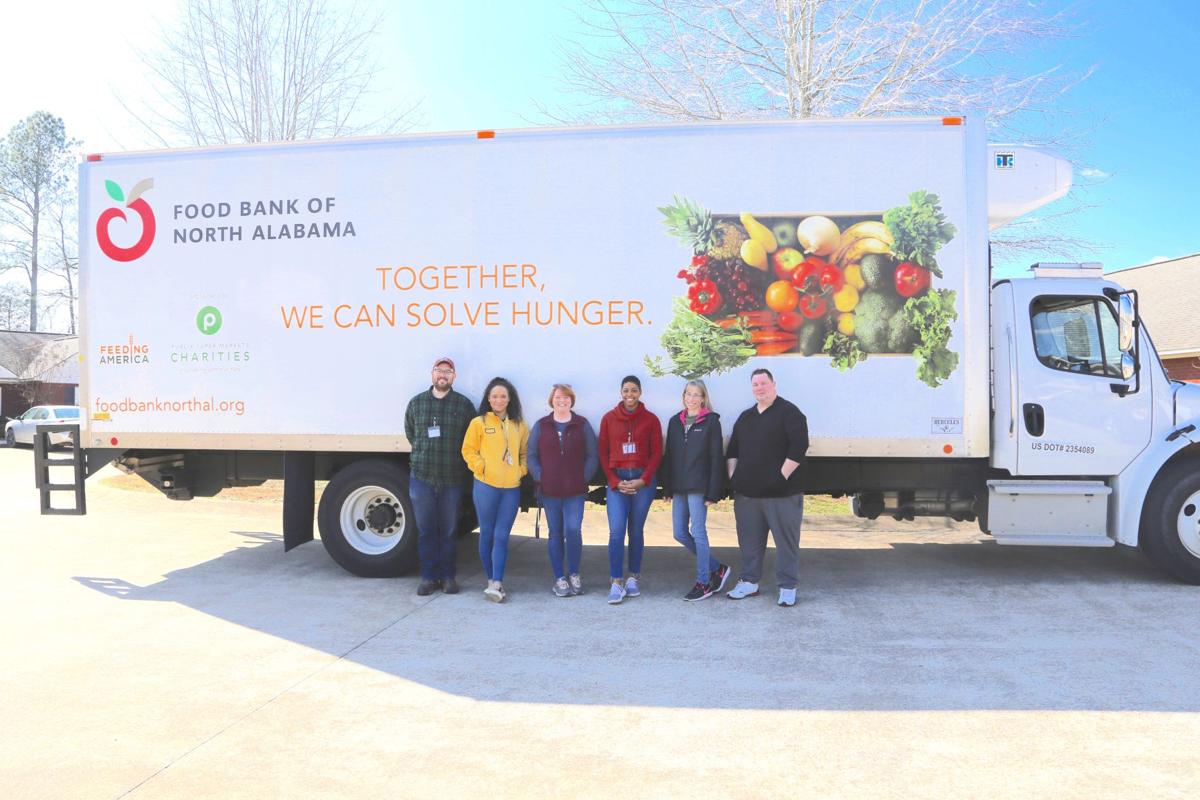 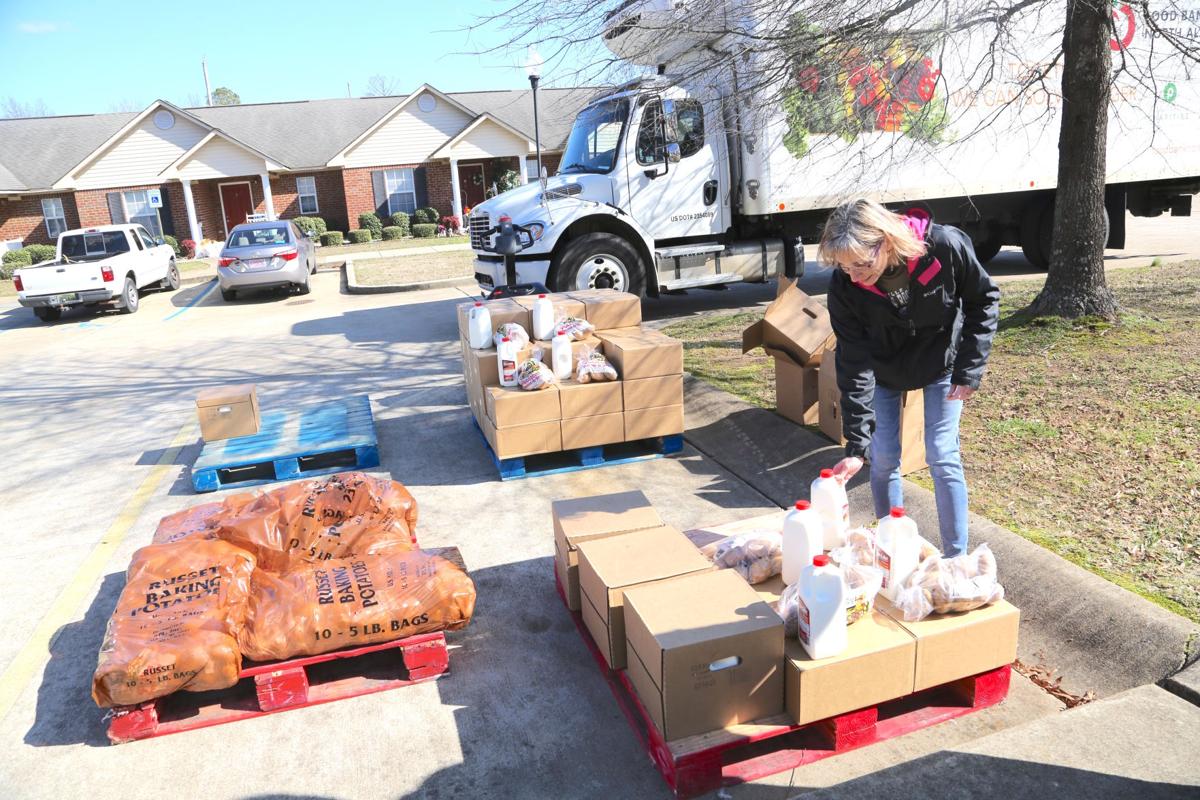 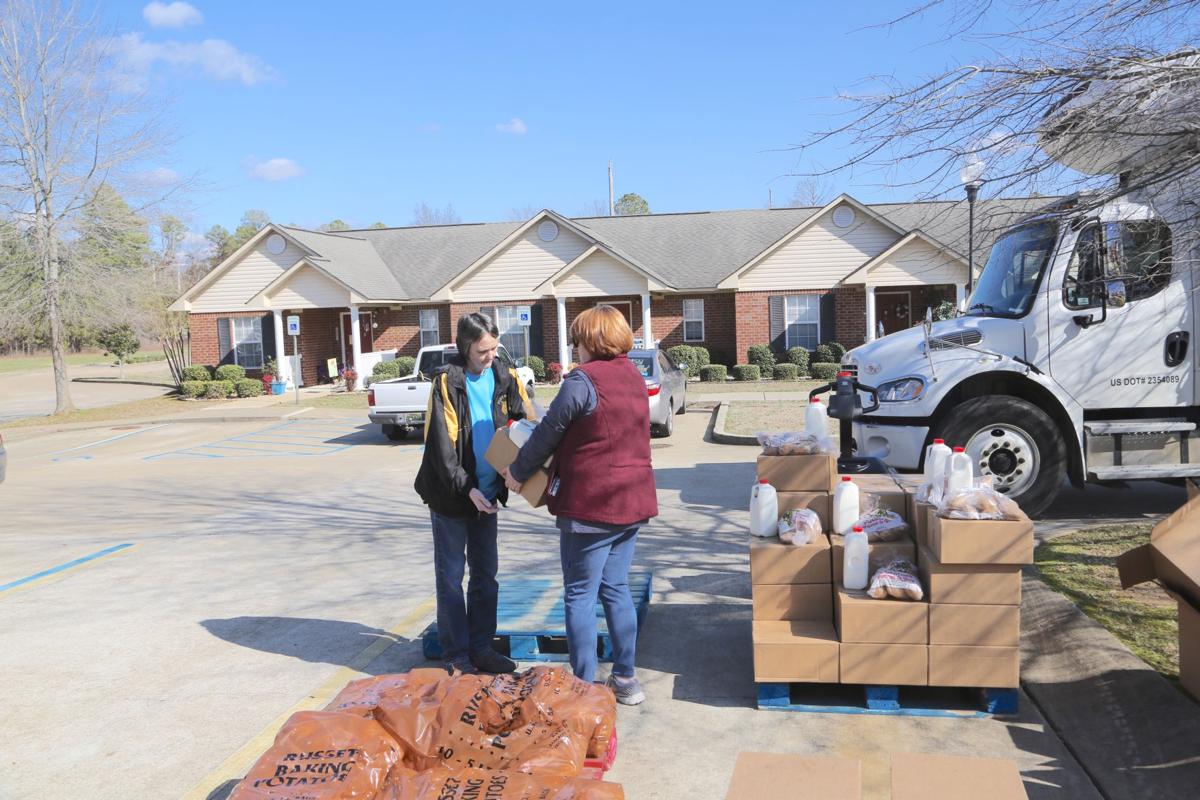 FBNA is based in Huntsville, where it works to end hunger by offering relief programs that immediately feed people in need.

Joshua Mathews, with the Food Bank of North Alabama, said they are going to try and visit residents at Deer Ridge Apartments more regularly, “at least twice a year.”

Mathews said the items distributed depend on what they have available.

The following is a list of foods received by the senior residents on Thursday:

• one jar of peanut butter

• one can of pork

“They also received fresh potatoes and fresh whole milk, and these are all products we received from a government program called TEFAP,” Mathews said.

According to fns.usda.gov, The Emergency Food Assistance Program (TEFAP) is a federal program that helps supplement the diet of low-income Americans by providing them with emergency food assistance at no cost.

A team of six people was present to help deliver, handoff or load the food items to the residents.

Mathews said colleagues Sarah Bensinger and Chyna Smith deliver to homebound folks that couldn’t get out or make it to the site while he and the Jimbo Beck and volunteer Julie Harris helped load the food boxes to residents who drove or walked up.

“We try to make it as easy as possible,” he said.

“I am very thankful that they choose our communities to come and distribute food,” she said.

Mathews said at the food bank they serve 11 counties in North Alabama from Cullman to Tennessee and from the Georgia line to the Mississippi line.

“We do direct services like mobile pantries, but we also have 250 different partner feeding organizations that we provide food to,” he said.

Mathews said the main bulk of what they hand out goes out through their agency network that is spread out across their 11 county service area.

According to the foodbannorthal.org, there is a misconception that families facing hunger live elsewhere when, in fact, many of our neighbors are at risk of hunger. Often parents are forced to make stark choices that include buying groceries or paying a utility bill.

The following is a list of data compiled by the Food Bank of North Alabama children and adults at risk of hunger:

• 71 percent are white; 14 percent black: 4 percent Latino and 11 percent identify as other ethnicities.

• 18 percent pursued higher education including a two- or four-year degree.

• 44 percent have a household member who worked for pay in the last 12 months.

• Children who depend upon free or reduced priced meals at school may be at risk of hunger on weekends, holidays, and over the summer when schools are closed.

• Children up to four years old are too young to attend school where free meals are served.

• 80 percent of households in North Alabama who seek emergency food assistance and receive food stamps report that their food stamp allocation runs out by the third week of the month.

• Over 13,000 children who are at risk of hunger in North Alabama live in families that earn too much to qualify for SNAP (food stamps) or free/reduced priced meals at school.

Mathews said there is a feature on their website that allows a person to locate food pantries within a five to 20-mile radius of their address or zip code. At the bottom of the site, there is a ‘get help’ tag that allows you to type in your information.

“It will give them phone numbers, days that they are open and ways to get in touch with that group if they need special accommodations,” he said.

He said they have also started a program with the DeKalb County Council on Aging where they are given out food for another program called Commodity Supplemental Food Program through senior centers all over DeKalb County.

The CSFP is a monthly food box for ages 60 and older that meet the poverty level guidelines. It is provided by the Food Bank of North Alabama and distributed by the COA senior centers.

“We did our first drop-off for that last week. We drop off at a central location, and they transport the food items to all the different senior centers,” said Mathews.

He said with the program; they would be able to handout 200 boxes a month.

For additional information, visit the Food Bank of North Alabama at foodbanknorthal.org.

Cloudy skies with periods of rain after midnight. Low near 40F. Winds light and variable. Chance of rain 90%.