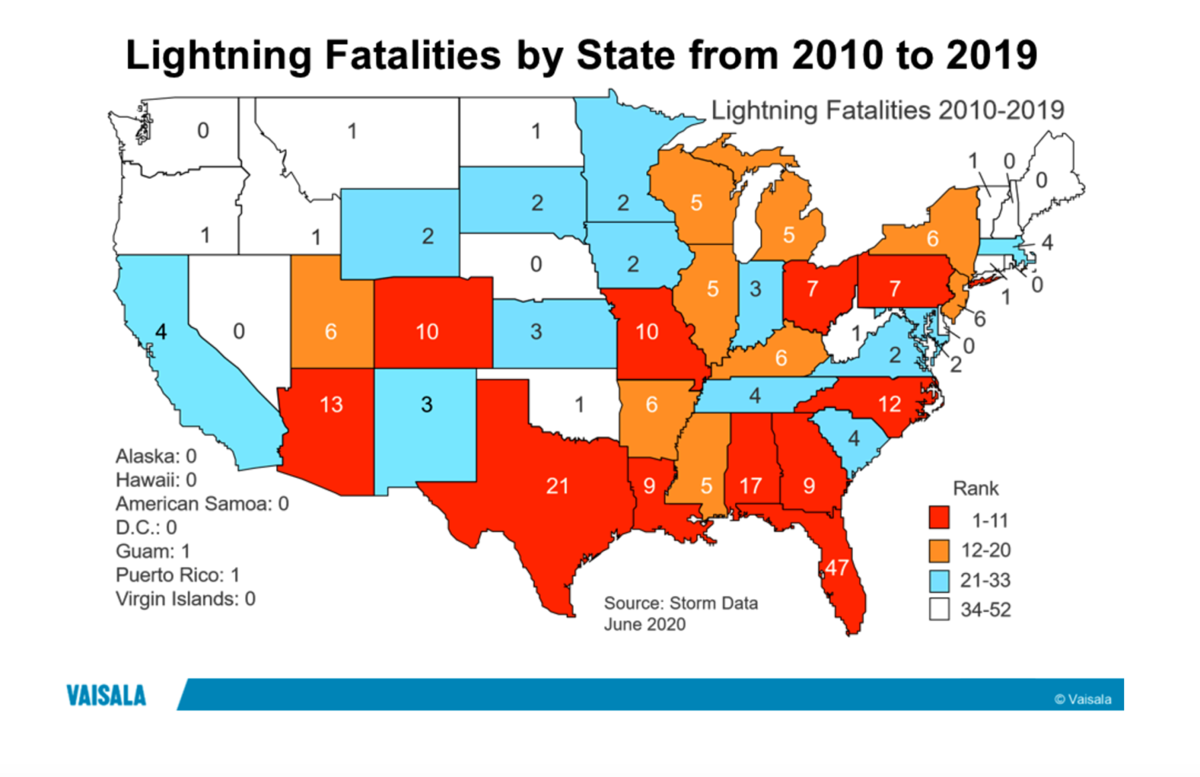 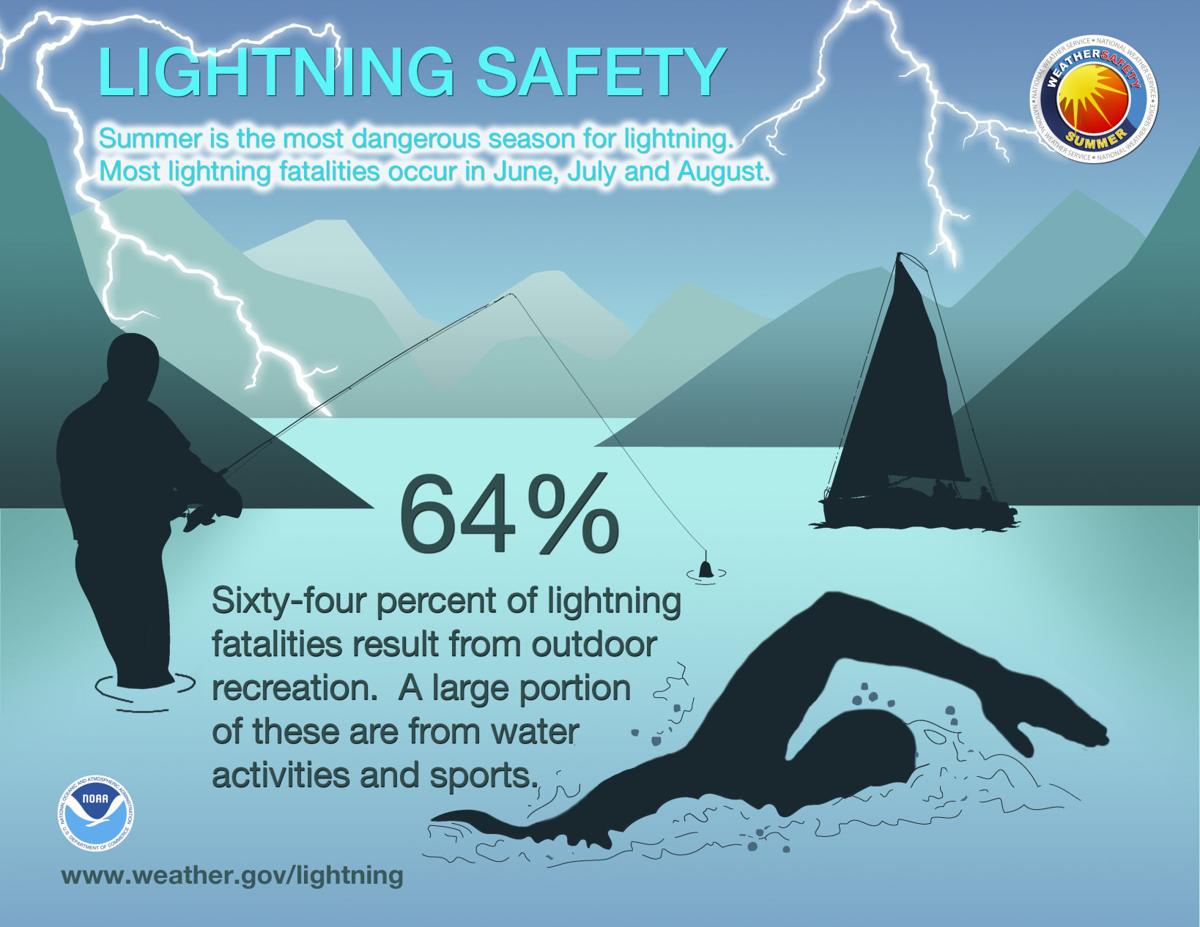 With National Lightning Safety Awareness week coming to an end and the possibility of thunderstorms this weekend, it’s essential to consider the danger of lightning.

Hundreds of people are injured, and an average of 26 were killed from lightning strikes from 2010 to 2019 reports the Alabama Department of Public Health.

Founded in 2001, the National Lightning Safety Awareness week draws attention to the underrated killer that strikes every year.

Since then, U.S. lightning fatalities have dropped from about 55 per year to less than 30 according to reports by the National Weather Service and the Lightning Safety Council.

This reduction in fatalities is primarily due to the amount of lightning danger awareness, urging people to seek safety or shelter when thunderstorms threaten.

This year’s theme is “When Thunder Roars, Go Indoors.”

An analysis released by Lightning Safety Specialist John S. Jensenius, Jr. in February of 2020 stated that from 2006 through 2019, 418 people were struck and killed by lightning in the United States.

Due to these two factors, more than 70 percent of the lightning deaths occurred during these months. Jensenius said Fridays, Saturdays and Sundays have slightly more deaths than other days of the week.

The National Weather Service advises people to go inside a substantial building or hard-topped metal vehicle as soon as they hear thunder. If you can’t get to a safe building or vehicle, avoid open areas.

The following are some safety tip for individuals caught outside:

• Stay away from isolated tall trees, towers or utility poles. Lightning tends to strike the taller objects in an area.

• Stay away from metal conductors such as wire or fences.

• If someone is struck, give first aid and if your trained begin CPR.

There are around 25 billion cloud-to-ground lightning flashes each year in the United States, as reported by the National Weather Service, with about 300 people struck by lighting. Of those struck, 30 of those result in fatalities and others suffer lifelong disabilities.

Of the fatalities, cardiac arrest is reported as the immediate cause of death. If possible, move the victim to a safe place advised specialists because lightning can strike twice.

According to the National Weather Service, some victims were struck inside homes or buildings while using electrical equipment, and others were in contact with plumbing, outside door or window frames.

Males accounted for 79 percent of all fatalities and about 90 percent of the deaths in the fishing, sports and work categories reported by Jensenius. At the same time, females had comparatively fewer deaths than men in every category.

The following are lighting facts you may not know:

• All thunderstorms produce lightning and are dangerous.

• Lighting often strikes outside the heavy rain area and may hit as far as 10 miles from any rainfall.

• It’s recommended to stay inside for at least 30 minutes after you hear the last thunder.

• While only about 10 percent of lighting victims die, it may leave them with permanent disabilities, including neurological and depression problems.