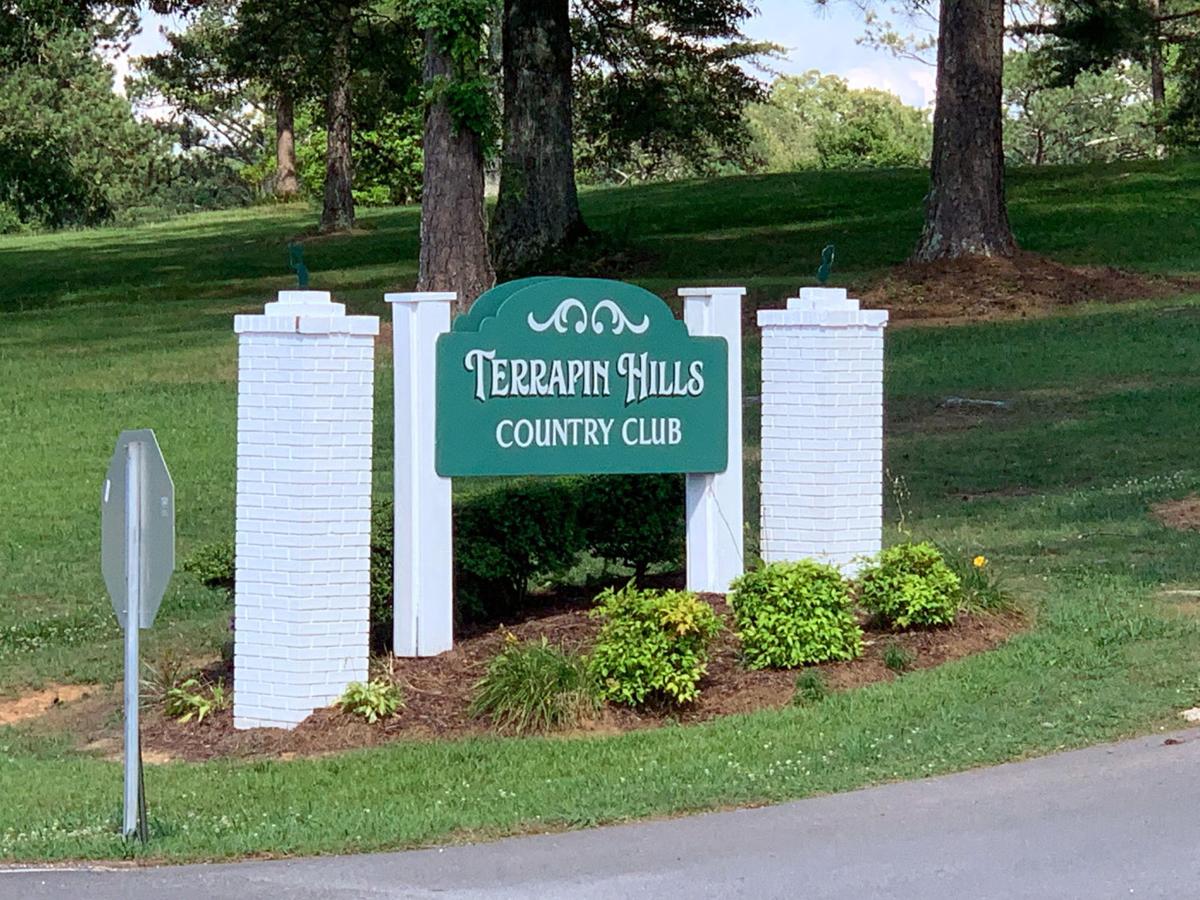 Terrapin Hills Country Club has offered guests and members social and sporting opportunities for half a century. Paul Crow's love of golfing led him to open an 18-hole course in 1970. 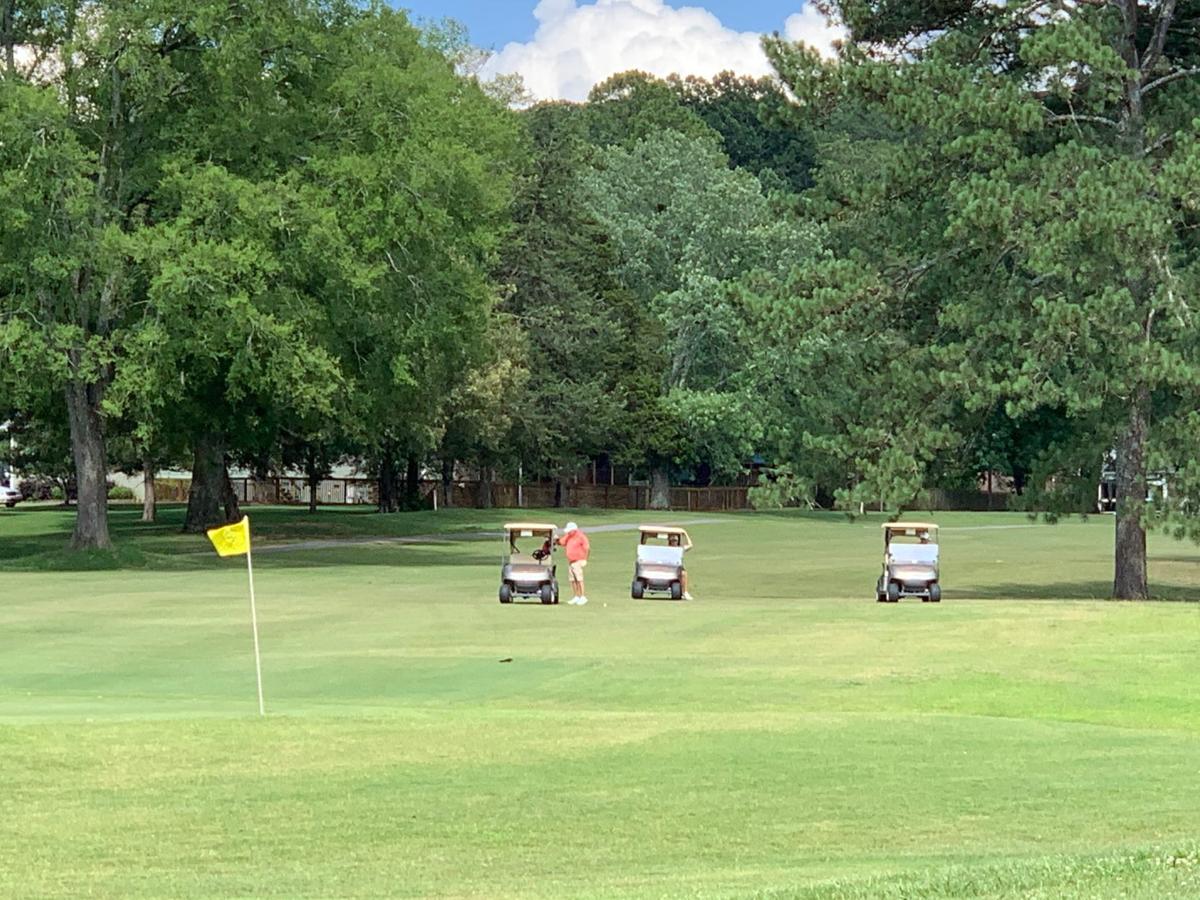 Terrapin Hills Country Club has offered guests and members social and sporting opportunities for half a century. Paul Crow's love of golfing led him to open an 18-hole course in 1970.

Terrapin Hills is celebrating a half-century of offering social opportunities and competitive sportsmanship. The golf course located at 5501 Club Drive in Fort Payne was developed in 1967 by John Paul Crow, Sr. and opened for public play in 1970.

According to Crow’s daughter, Diane Groat, he began to buy land in northern Fort Payne in the early sixties, starting with 40 acres on which to build a family home. He then bought the adjoining 300 acres.

“The purchase was not with the intention of building a golf course but loving the land and loving the building process,” she said. Due to his love for the game, he decided to build an 18-hole course, hiring a professional golf course designer to draw up architectural plans.

“The fact that he could actually operate the equipment and do so much of the work himself was very appealing. It took approximately two years to complete. The original opening date was to be the fall of 1969, but after a harsh winter in 1968 into 1969, the greens froze and the landscape had no grass. He had to replant and start over,” she said.

The weather proved to be a consistent foe, requiring constant maintenance. The effort was made to keep it open 24/7, but due to maintenance necessities, it was closed one day a week.

“Sometimes,” his family recalled, “Entire greens had to be rebuilt due to weather and a few malicious attacks on particular greens. Fairways were always needing daily maintenance and repair. Running and maintaining a golf course was a fulltime job for the staff and Crow family.”

Crow decided to give the course its name after finding so many terrapin (turtles) over the landscape as he was building, and Terrapin Hills opened to the public in September of 1970.

The course opened with a small Pro Shop and practice range. In time, he expanded the Pro Shop and added two dining rooms and a full professional kitchen. Crow’s daughter ran a catering service for the club for many years.

It was Crow’s “dream and absolute desire to perpetuate his love of the game of golf early in life. He was so proud of the Fort Payne High School golf team that practiced free of charge and played on his course. Several junior tournaments were played on the course and he was delighted watching them play each hole,” she said.

The early golf experience and education resulted in numerous college golf scholarships awarded to Fort Payne students, including two of his grandsons. His family believes that if he were still alive, he would say the success of these young golfers was the most satisfactory part.

After the golf course was completed, Mr. Crow began to develop residential lots for new homes. This encouraged the building of some of the city’s most beautiful subdivisions.

Even non-members have many great memories of socializing at Terrapin Hills Country Club, gathering for special events such as class reunions at the dining facilities over the decades, as well as weddings, rehearsal dinners and receptions. Several celebrities have enjoyed playing in tournaments.

“Daddy had been hosting a tournament to raise money for the Alabama Sheriff’s Boys and Girls Ranches for several years. Then he and [Randy Owen] got together and [Owen] graciously added his name to the fundraiser which obviously raised a lot of money over the years. When it became an event of June Jam week, it was very popular and very successful. They became very close friends through the years,” Groat said.

In 1993, Crow sold the course to members of the club, and it has remained a private course and club since that time.

THCC Board president Sy Giles said 300 stock certificates were sold when the course turned private. Fort Payne’s economy took a big hit with the decline of the local hosiery industry, with many of the managers in sock manufacturing being avid golf players. But with the economy stabilizing, activity rebounded. Giles said there were 160 memberships when he took his position three years ago, but that number has grown to 230. He said the city’s decision to take over DeSoto Country Club and make it a public course has not really had any impact on Terrapin Hills.

Members get to enjoy the 18-hole championship golf course, on which U.S.G.A. rules govern all play except where modified by local rules. The course can be rented to host tournaments for raising charitable funds, reward employees with a day of leisure and thank customers for their business with a free day of golf. Lessons are available for those unfamiliar with the game, and THCC offers a full driving range, short-range chipping green and a putting green. The course superintendent is Timothy Paul Shirey.

The Crow family added the pool and tennis courts after opening the golf course, Pro Shop and practice range. Members also get to enjoy use of fishing lakes and other amenities.

Today, members enjoy use of two year-round full size tennis courts that also accommodate league play and a club championship. Lessons are available during the summer season. The club swimming pool is 74 x 42 with a diving board, infant pool, restroom and shower facilities, a covered veranda with tables and chairs, along with a full deck of lounge chairs and tables with umbrellas. Typically open between Memorial Day and Labor Day weekends, the pool is monitored by certified and trained lifeguards.

Non-residents living within a 50-mile radius half the year can become members and enjoy club privileges, according to Jackson. To learn more about becoming a member, visit http://terrapinhillscountryclub.com/membership/ or call Jackson at (256) 845-4624.

Like everywhere else, THCC facilities were impacted by the COVID-19 outbreak, forcing precautions like postponing tournaments, cleaning and sanitizing of the clubhouse and outdoor facilities multiple times a day, canceling the Sunday buffet and requiring social distancing be practiced. The THCC bar closed from March 20-May 11 due to the state public health order.

As the state has removed restrictions, many of the safeguards imposed at THCC have been lifted -- observing safety measures and rules accordingly -- and tournament season is back in full swing. The golf shop and course opened on Memorial Day while the club swimming pool opened May 23. June 13-14 featured the First Annual Paul Crow Member-Guest Golf Tournament.

Fifty years after opening, Terrapin Hills Country Club stands as a testament to one man’s love of golf and a vision of improving his community.

Clouds and some sun this morning with more clouds for this afternoon. A stray shower or thunderstorm is possible. High around 90F. Winds ESE at 5 to 10 mph.

Partly cloudy in the evening followed by scattered thunderstorms after midnight. Low around 70F. Winds light and variable. Chance of rain 40%.

Partly cloudy in the evening followed by scattered thunderstorms after midnight. Low 69F. Winds light and variable. Chance of rain 50%.