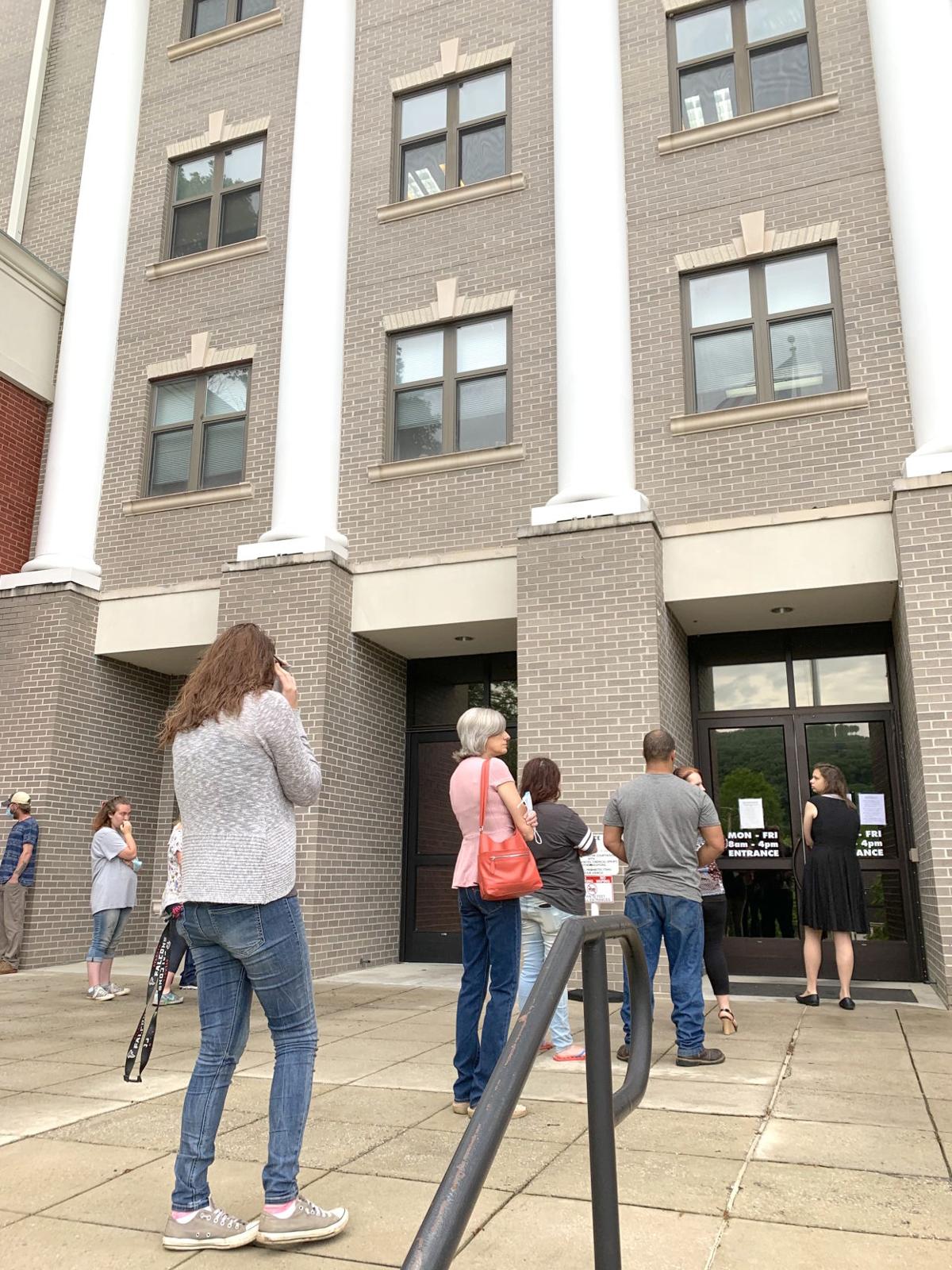 A line of people waited outside the DeKalb County Courthouse on Monday morning. 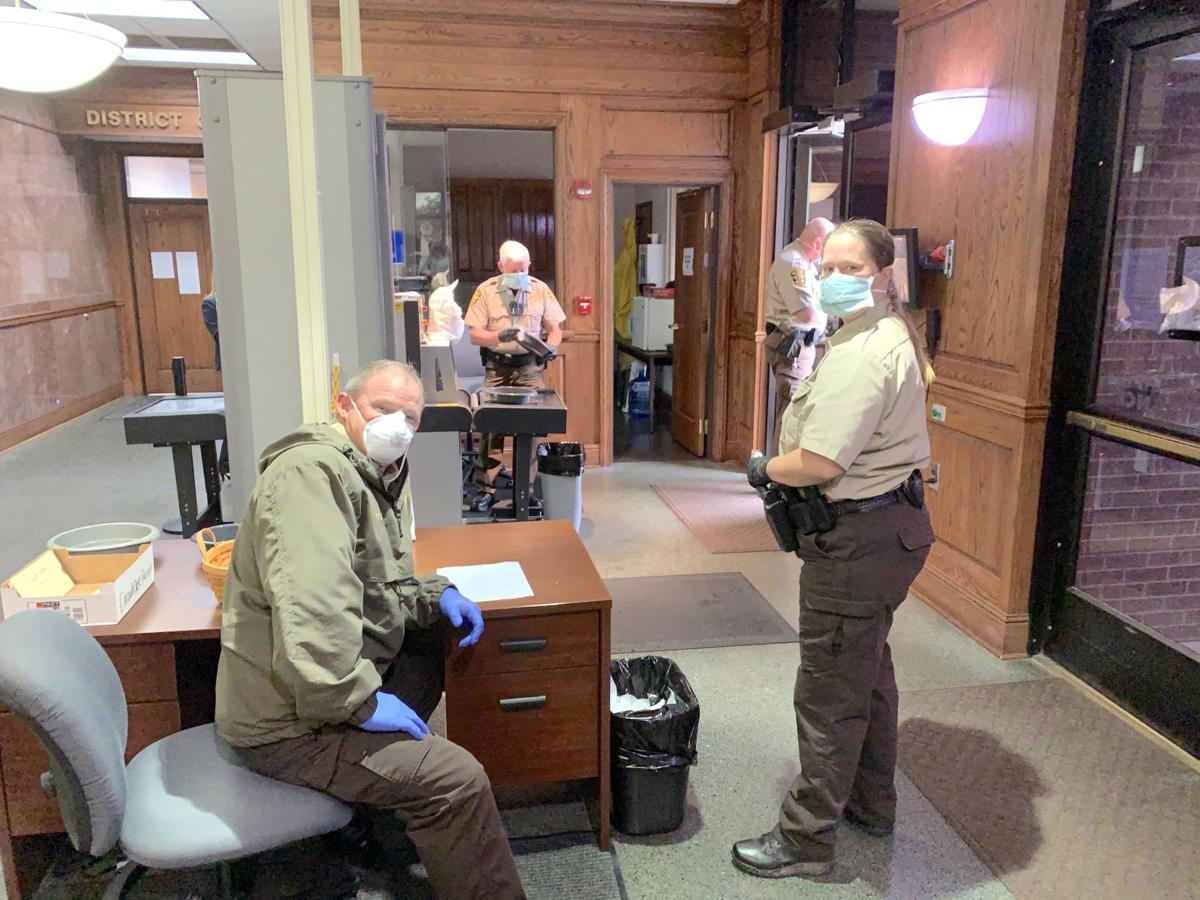 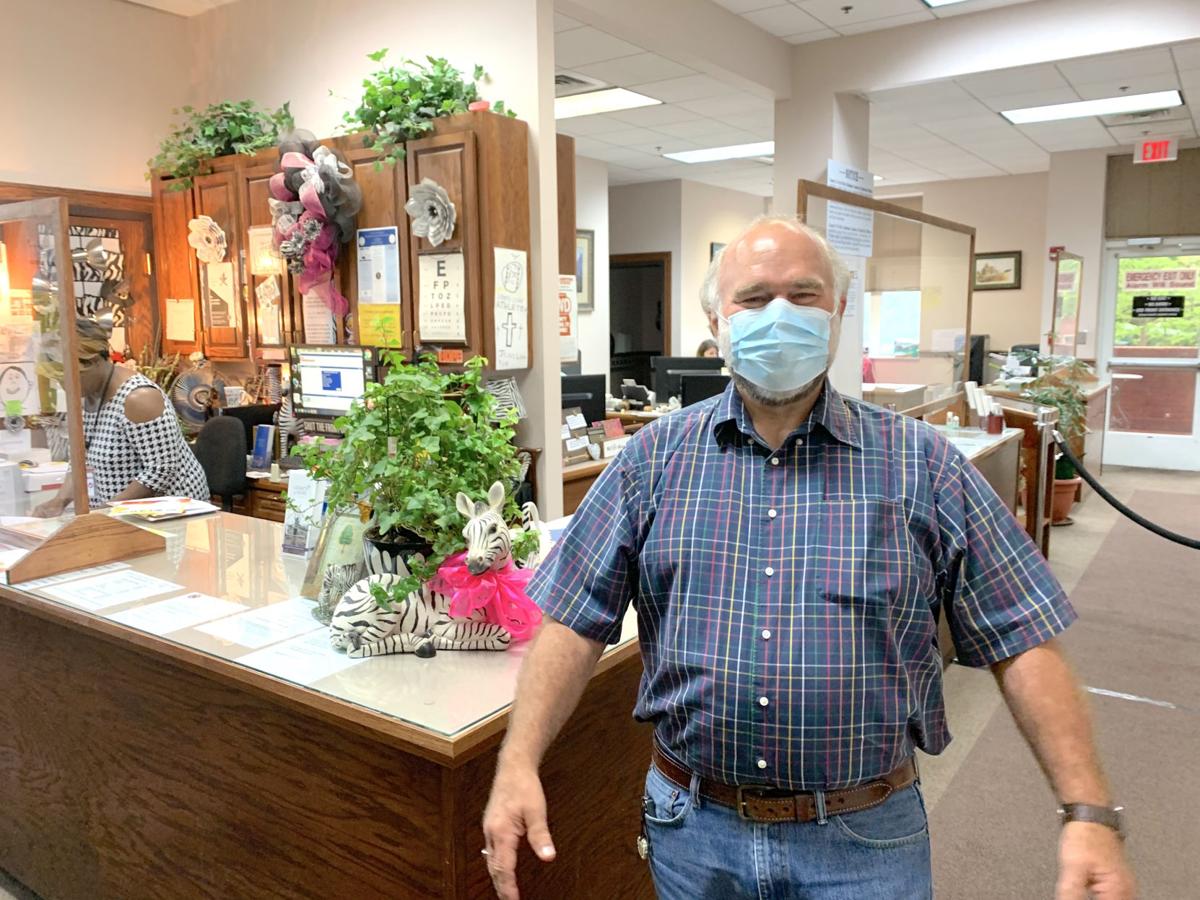 Probate Judge Ronnie Osborn stood ready for the challenge, and encouraged those with business there to make an appointment. 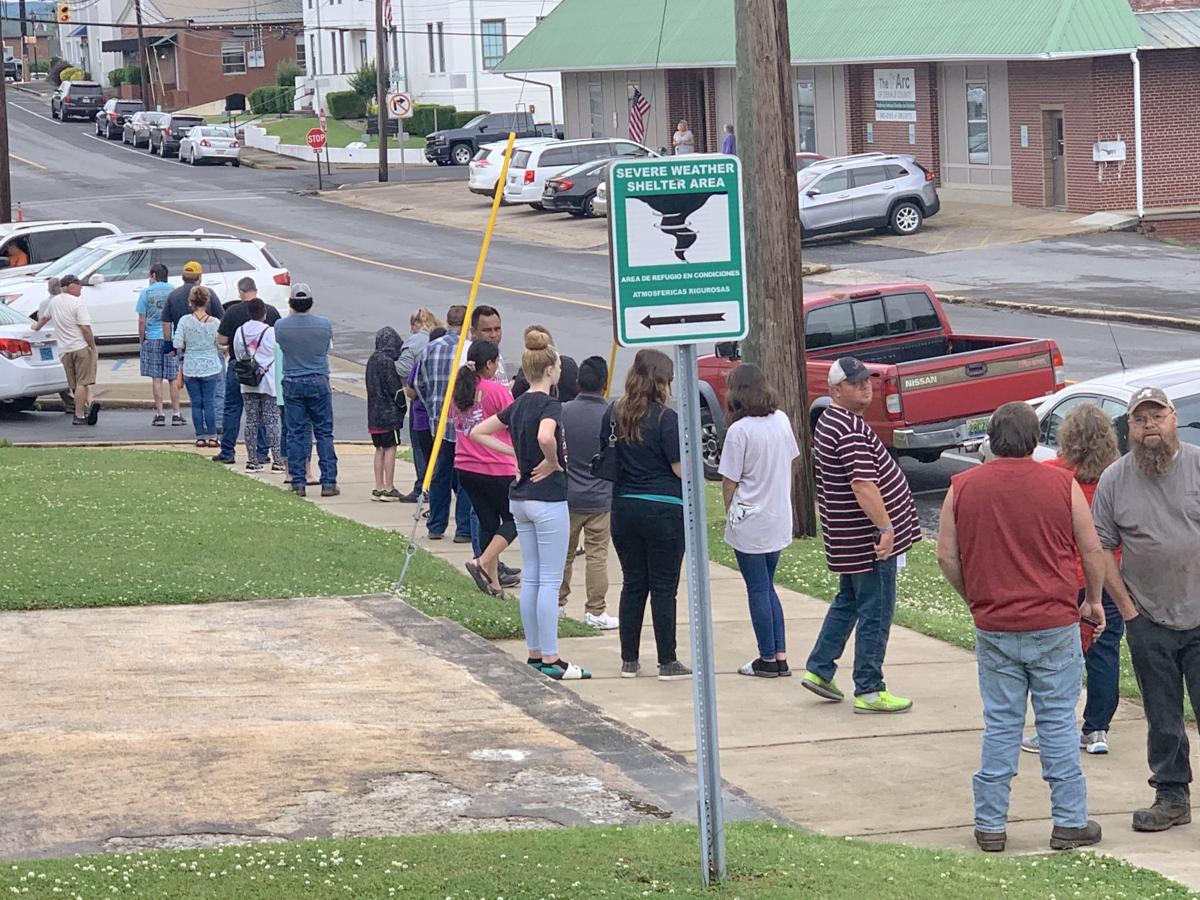 The line was even longer outside the Revenue Commissioner's office. 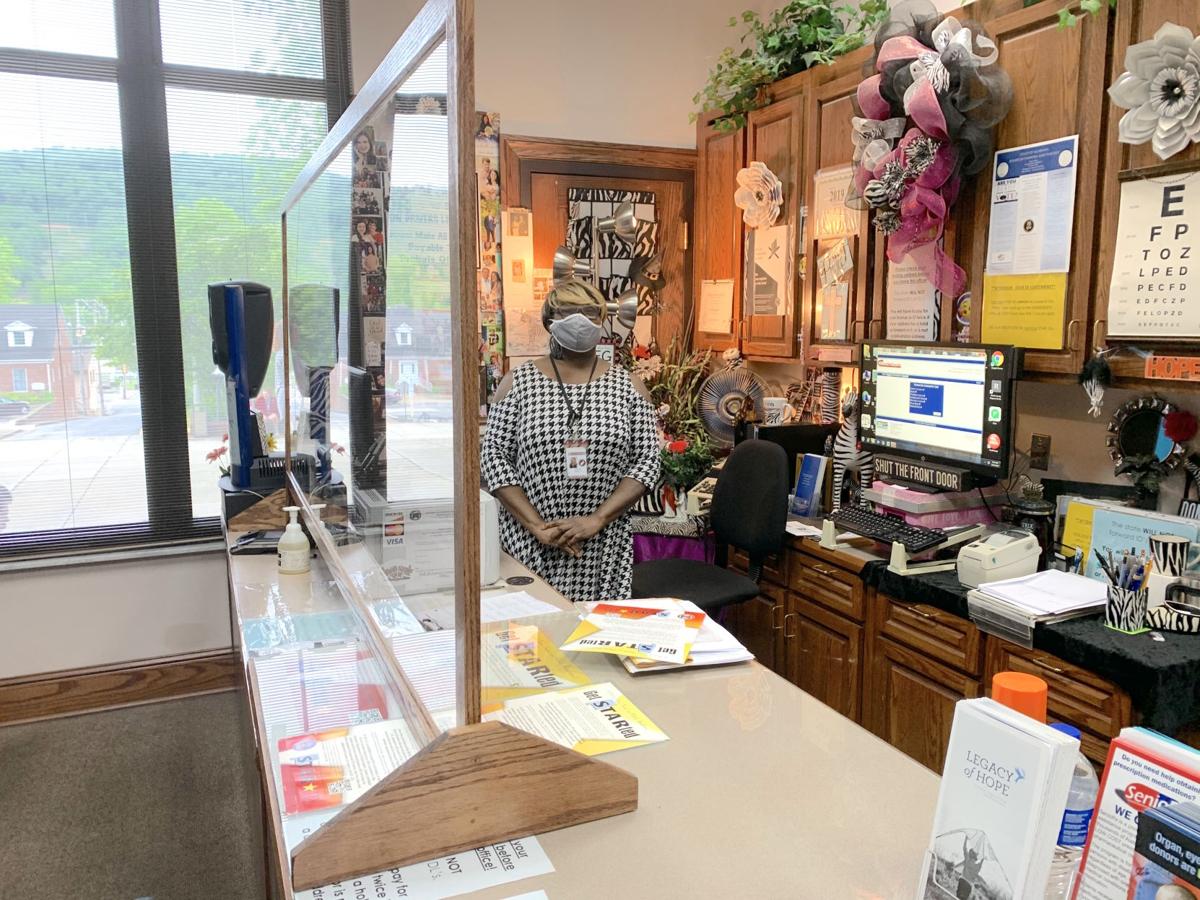 A line of people waited outside the DeKalb County Courthouse on Monday morning.

Probate Judge Ronnie Osborn stood ready for the challenge, and encouraged those with business there to make an appointment.

The line was even longer outside the Revenue Commissioner's office.

There were long lines at the DeKalb County Courthouse and Revenue Commissioner’s office Monday morning as they re-opened to the public with strict precautions meant to inhibit the community spread of the COVID-19 coronavirus.

Several who awaited the 9 a.m. opening at the courthouse were unaware that a protective face mask and appointments for things such as driver’s license renewal were required. Security kept a tight watch on how many people entered at any given time, using thermometers to take temperatures of everyone entering.

The Activities Building and DeKalb County Public Library also reopened, with these county offices in Fort Payne and Rainsville on a schedule of 9 a.m. to 2 p.m.

Probate Judge Ronnie Osborn said his office at the courthouse was booked with appointments to renew driver’s licenses through at least Thursday, with the Rainsville Annex office also busy. His office also records documents like deeds and mortgages, handles ID renewals and replacements, issues business license renewals and hunting/fishing licenses, as well as boat registration. The number to call is (256) 845-8510.

Courthouse employees worked out a system of color-coded cards to make sure that no one office had more than 10 people congregating at once. Only the person with a court case or business within the courthouse was allowed to enter. No children could enter unless they were directly involved in a court case. Citizens with court cases were instructed to contact their attorneys if represented.

Circuit Clerk Todd Greeson said the county commission provided for plexiglass barriers to place on countertops to provide separation between visitors and employees. He said gloves were also made available to staff. Cherokee County, which is also in the Ninth Judicial Circuit, is not planning to open their courthouse until early June, he said, which increases the traffic in DeKalb. The local courthouse was also one of the last in the state to “close” to the public, with staffs inside continuing to serve citizens by phone and email.

“They handle a lot of cash, which people don’t realize gets pretty nasty with germs while in circulation,” Greeson said. He said the public can pay fees online except in cases like DUI or reckless driving penalties that have to be paid while at court. The link is https://dekalb.alacourt.gov/clerk.html.

Greeson’s office also continues to process absentee voter applications for the July 14 GOP run-off between former U.S. Attorney General Jeff Sessions and former Auburn football coach Tommy Tuberville. Gov. Kay Ivey moved the runoff election due to the pandemic. Greeson said he expects more absentee ballot applications to come in as the vote nears and reminded the public that they will need to mail a copy of their driver’s license or other government-issued ID (not the actual card) in the mail when applying.

“We had a woman come in this morning for a passport. We hadn’t had any of those in a while,” he said.

Regarding the card system and other precautions, Greeson noted that some people have shown up for their court date with their whole family with them, but to limit the number of people occupying indoor spaces, friends and family there to offer support must stay out of the courthouse.

Elsewhere in the courthouse, Presiding Ninth Circuit Judge Jeremy Taylor issued last week a local Administrative Order postponing in-person hearings until July 2, citing an increase in infection cases in the district. Many cases are being handled virtually over video streaming. Jury trials won’t return until Sept. 14, by order of the Alabama Supreme Court, subject to change depending on infection rates, Taylor said.

DeKalb County Revenue Commissioner Tyler Wilks had lines outside his offices in Fort Payne and Rainsville on Monday morning. Information, property maps, tax history, etc., can be accessed online or by phone. Credit card and mail fees were waived until Sunday, May 17, but Wilks said late penalties remain waived through June 19th.

Periods of rain. Low 59F. Winds light and variable. Chance of rain 80%. Rainfall near a quarter of an inch.