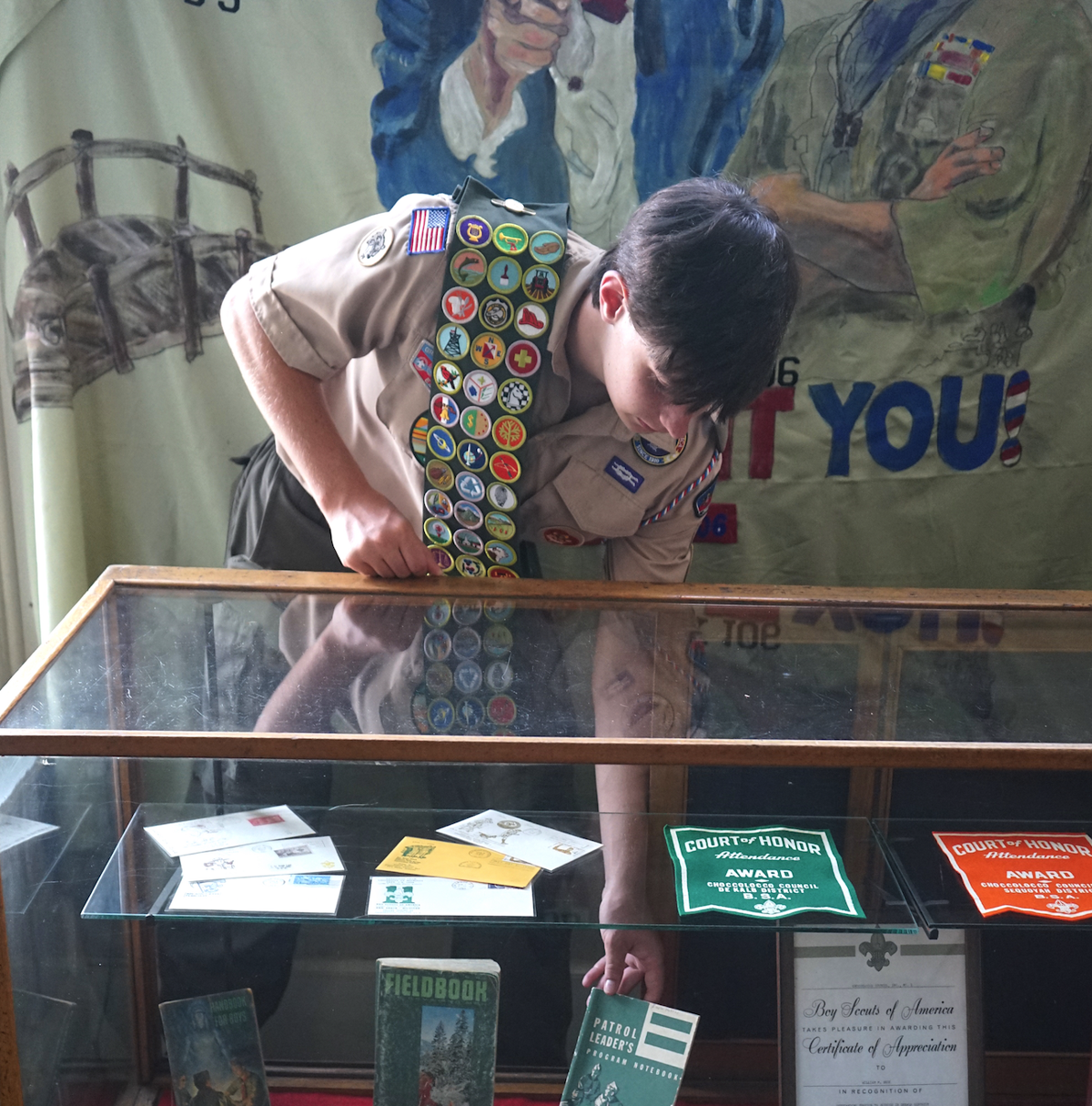 Valley Head student Brant Smith and his fellow Boy Scouts from Troop 106 in Mentone have done a great service by collecting artifacts from DeKalb County Scouting for an ongoing exhibit in Hunt Hall next door to the Fort Payne Opera House. 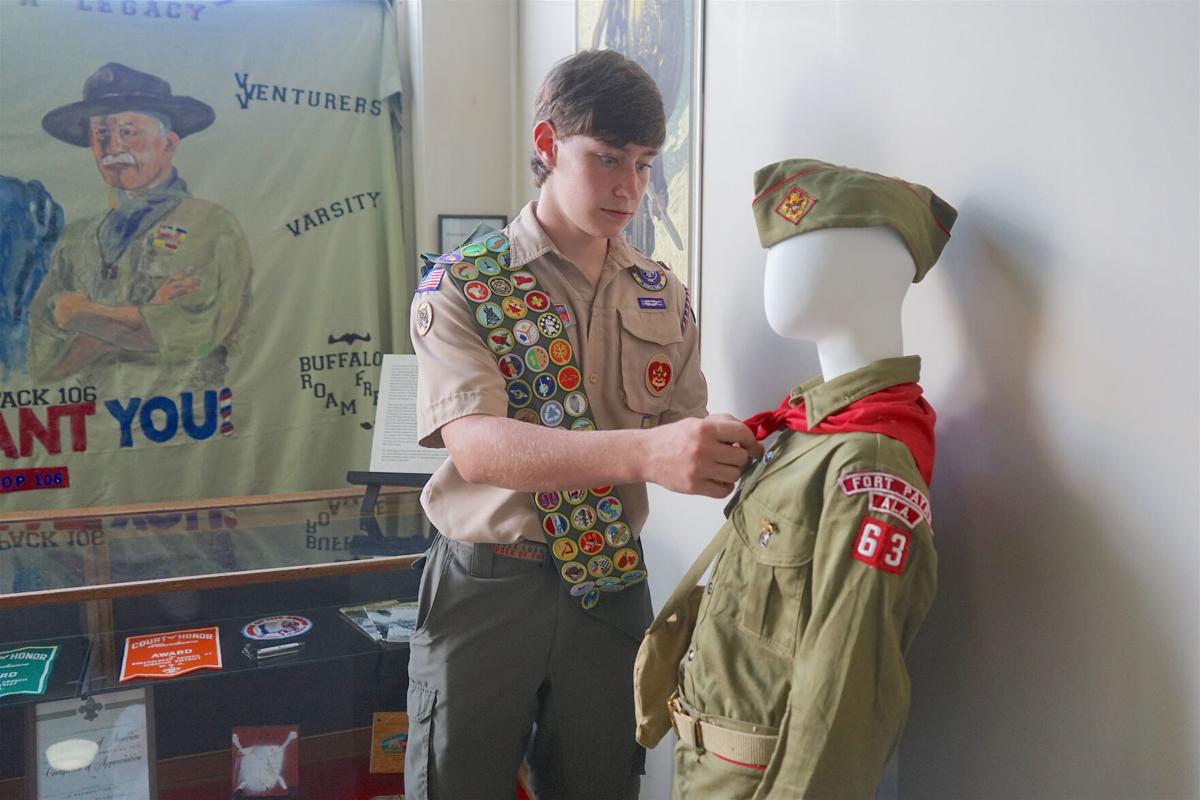 Brant Smith dresses a mannequin at the exhibit inside Hunt Hall. He is the steward of loaned or donated items from anyone possessing artifacts related to Scouting in DeKalb County.

Valley Head student Brant Smith and his fellow Boy Scouts from Troop 106 in Mentone have done a great service by collecting artifacts from DeKalb County Scouting for an ongoing exhibit in Hunt Hall next door to the Fort Payne Opera House.

Brant Smith dresses a mannequin at the exhibit inside Hunt Hall. He is the steward of loaned or donated items from anyone possessing artifacts related to Scouting in DeKalb County.

Brant Smith recently completed his Eagle Scout project with help from Mentone Scout Troop 106, assembling antique items for a display in the Richard C. Hunt Reception Hall next to the Fort Payne Opera House. All of the artifacts reflect the preservation of the history of scouting in DeKalb County.

A book containing local troop histories is planned to accompany the exhibit. Individuals are encouraged to submit any troop history that they might have, such as the origin of troops or other pertinent history. Photos, ledgers with names and similar items can be placed on loan or donated to the ongoing exhibit.

“I would like to say thank you to everyone that has provided Scouting items and helped work with me on the project,” the 16-year-old Smith said.

Joining Webelos in 2016, Smith advanced to Scout Troop 106 in 2017, earning a total of 67 merit badges. Smith has filled numerous positions of leadership within the troop and currently serves as Junior Assistant Scoutmaster. His Eagle Scout ceremony is planned soon.

“I have really enjoyed all of my scouting experiences, many of which I probably would never have had the opportunity to do,” he said. “I feel that scouting has had a lifelong effect on me, and I plan to remain active in it.”

Content in the exhibit will periodically change as additional items are obtained, he said. The project planning originally started in early 2020, but a decision was made to delay efforts with the onset of the COVID-19 epidemic since collection of artifacts typically involves visiting people at their homes.

David Gilbreath, the District Advancement Chairman for local Scouts, gave Smith the idea for the Eagle Scout project, crediting retired Circuit Judge David Rains with suggesting someone do an exhibition on local Scout troops in particular.

“Brant is a capable young man who took this project and ran with it,” Gilbreath said. “[Smith] will be successful at whatever he does as an adult, and I can’t wait to see him grow up. He’s got his head on right.”

Smith said he wants to study to become an aerospace engineer. He now attends Valley Head High School, where he is a senior Beta club member, enjoys FFA and plays on the varsity football team. He is a member of Valley Head Baptist Church and active in the youth group.

Smith will participate in the upcoming Boom Days Heritage Celebration, stationed beside the exhibit at Hunt Hall at 512 Gault Avenue North.

Anyone interested in donating or loaning Scouting artifacts or providing a written troop history can contact the offices of Killian & Killian PC at (256) 845-4396.