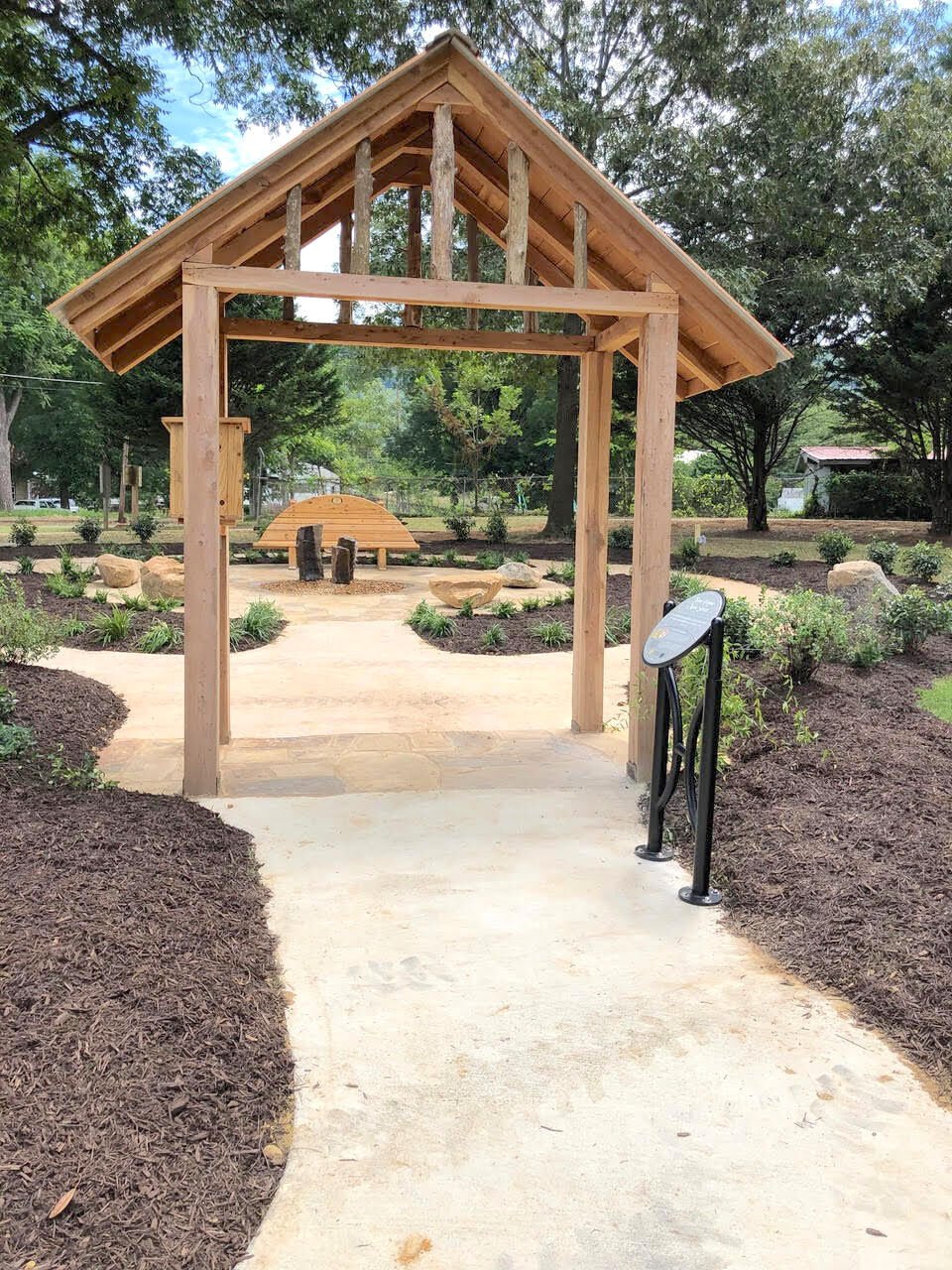 The new garden is located in the Alabama Walking Park adjacent to the Fort Payne Depot Museum. 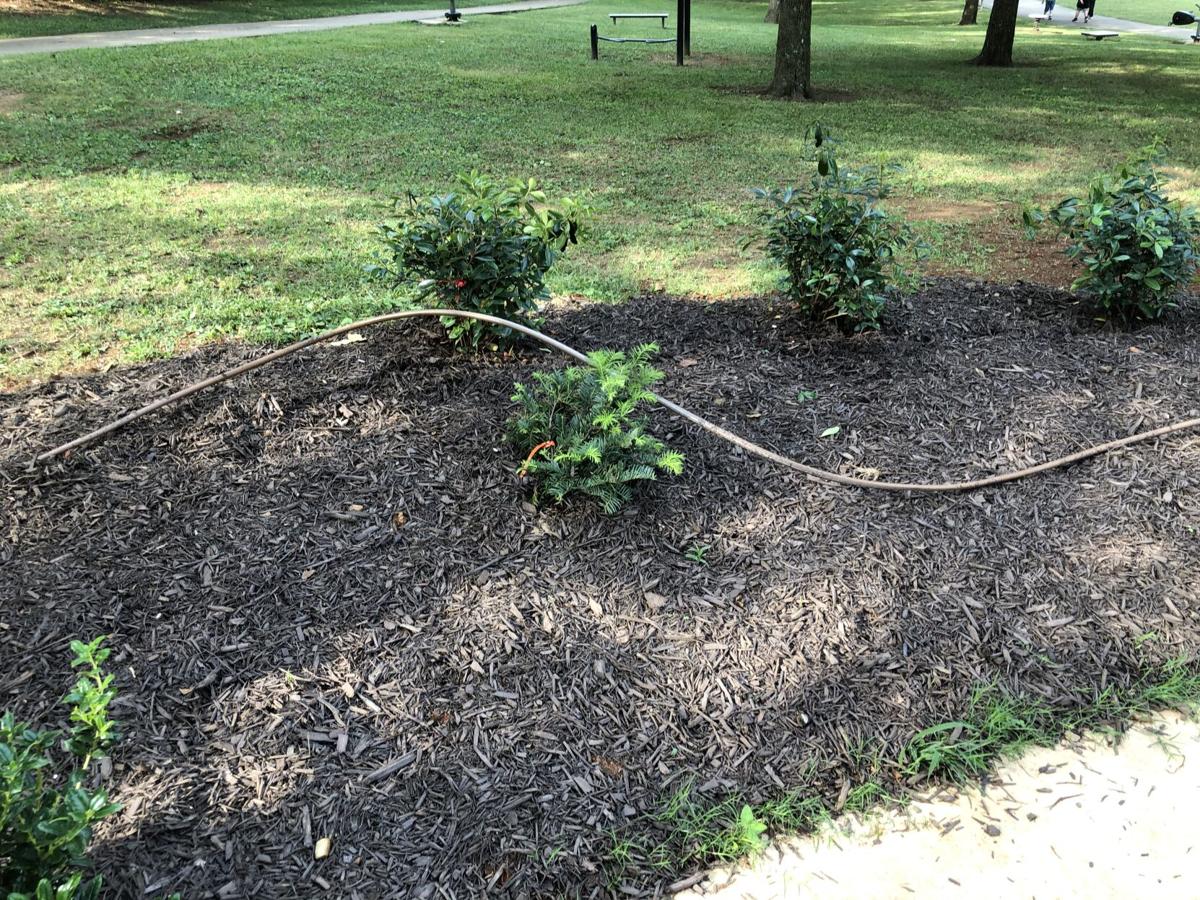 The irrigation system for the garden, which resembles a water hose, was pulled from the ground and sliced. 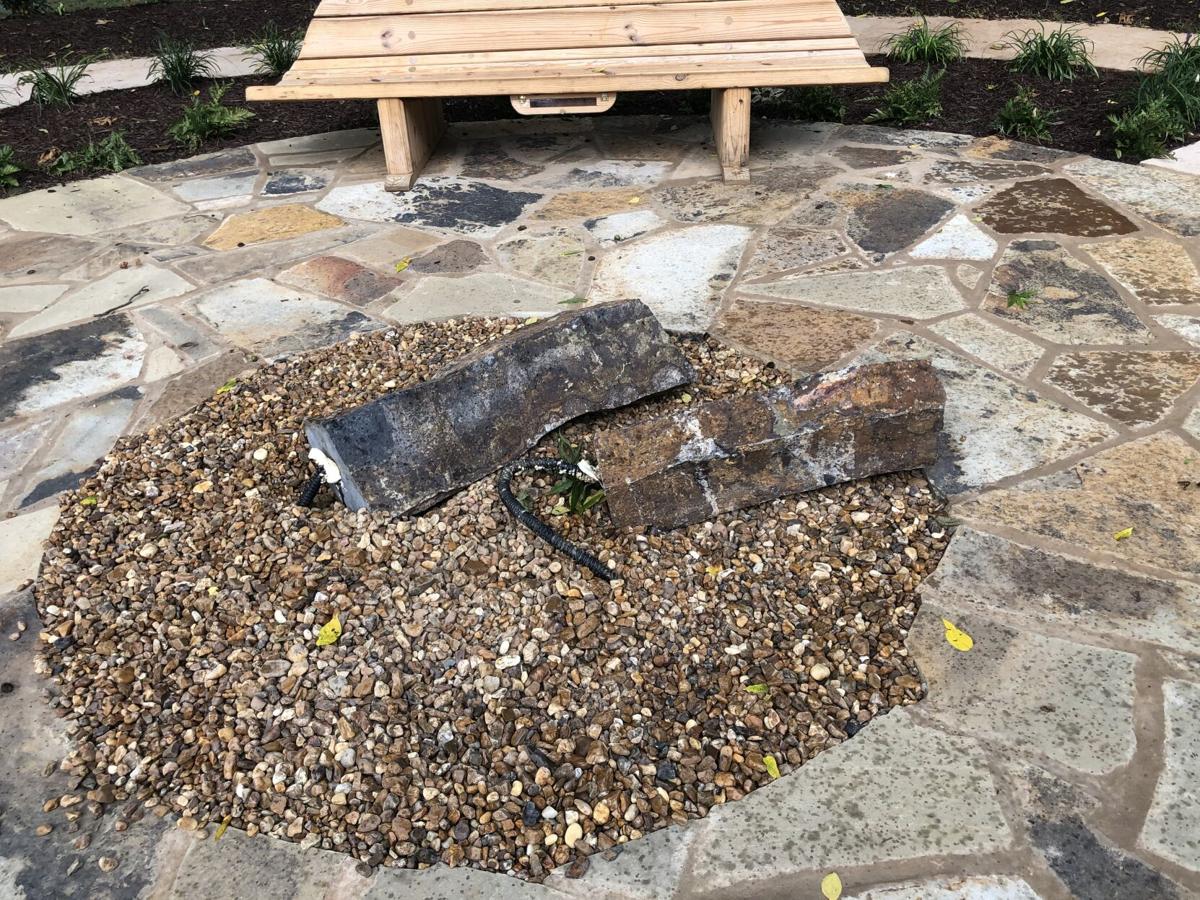 Fountain stones were toppled. A police report was filed so the vandalism can be investigated.

The new garden is located in the Alabama Walking Park adjacent to the Fort Payne Depot Museum.

The irrigation system for the garden, which resembles a water hose, was pulled from the ground and sliced.

Fountain stones were toppled. A police report was filed so the vandalism can be investigated.

A new Sacred Places Open Spaces Garden adorns the Alabama Walking Park in downtown Fort Payne. It was made possible by the Fort Payne Main Street organization obtaining a grant from the Community Foundation of Northeast Alabama for a garden to honor the legacy of Susie Stringfellow.

“We worked in partnership with the City of Fort Payne and David Isbell of Twelve Oaks to develop a beautiful meditation garden in the back of the Alabama Walking Park,” said Connie Fuller of the Fort Payne Main Street organization.

“[The garden] is a place of peace and we hope folks will enjoy it. We will have a journal there for people to record their thoughts and we will have a book box stocked for folks to read and return.”

Ground was broken for the Reflection and Medication Garden project in August 2018 to create a “Firesouls” space where community members can come to reflect and relax in nature’s setting.

Signage inside the new garden commemorates Stringfellow’s philanthropic legacy in creating the Open Spaces Sacred Places program funded by the Stringfellow Health Fund at the Community Foundation of North Alabama. Thousands of donors have followed her example and given generously to their communities.

Fort Payne Public Works Director Tim Williams said the city performed the grading and installed the trellis and rocks on the site.

The Alabama Walking Park also contains playground equipment from local vendor GameTime, a Splash Pad water park for kids (added in 2015), a concrete walking path, numerous benches and stationary exercise stations that citizens can use for recreation and a covered pavilion with restrooms that is a popular destination for birthday parties. The park was constructed on flood-prone lands using grant money to replace the old homes alongside Wills Creek. The space shares a parking lot with the Rotary Pavilion.

Fort Payne Mayor Larry Chesser said he was pleasantly surprised with the completed project and expressed congratulations to everyone involved for their work.

“I have already had favorable comments as to its design and construction. I have also seen several people and some families using it,” Chesser said.

“So many folks have told us how much they enjoy it and how beautiful it is,” Fuller said. “Recently we have had some vandalism, which has been so disappointing. We ask people to be respectful of the space and to report anyone damaging this new space.”

Williams said the vandals pulled up the irrigation system twice. Fuller said they sliced the irrigation hose. The three fountain stones were filled with rocks and one of them toppled while some of the plants were dug up and hidden behind a tree.

“The city team found them and planted them again. We just want folks to be able to enjoy a beautiful and quiet space. We are working on getting everything put back together and getting more lighting back there at night. A police report was filed. It is all repairable, and we will be doing that in the near future. We removed the water feature for right now but will redo it without the pea gravel so no one can block the flow of water. We don’t want one of two [people] to keep the rest of us from enjoying the garden. I hope [the vandals] have a change of heart and help us to keep everything nice for the whole community to enjoy,” Fuller said.

Chesser said when police catch the vandals, “we will apply the full force of law. It is ridiculous for anyone to take a beautiful site and vandalize it. This is just an example of people who don’t care about their community. Littering is also a major problem and cost in our area. People need to grow up!”

Williams said the city may need to install surveillance cameras like the ones that record activity at the walking park’s bathrooms to discourage bad actors. He speculated that the vandals may be kids from the neighborhood and said he would like to see the garden returned to its original state for a ribbon-cutting ceremony planned for sometime in September.