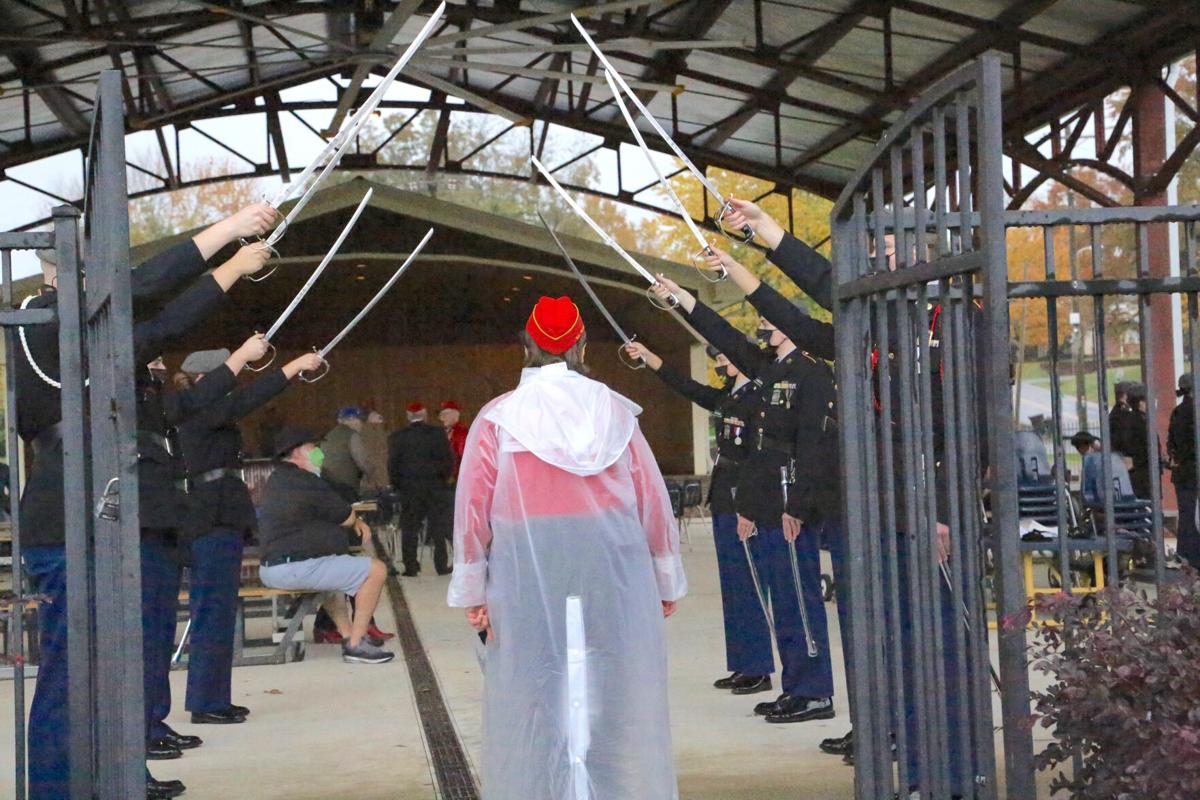 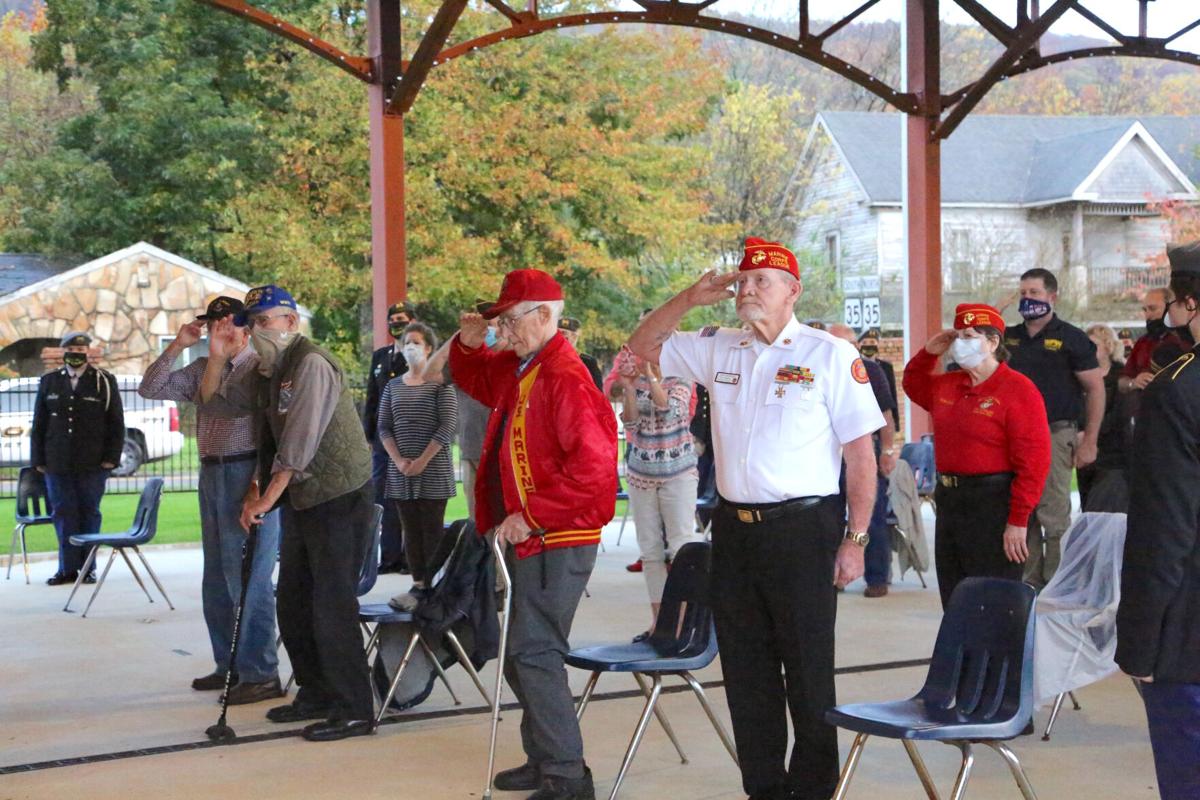 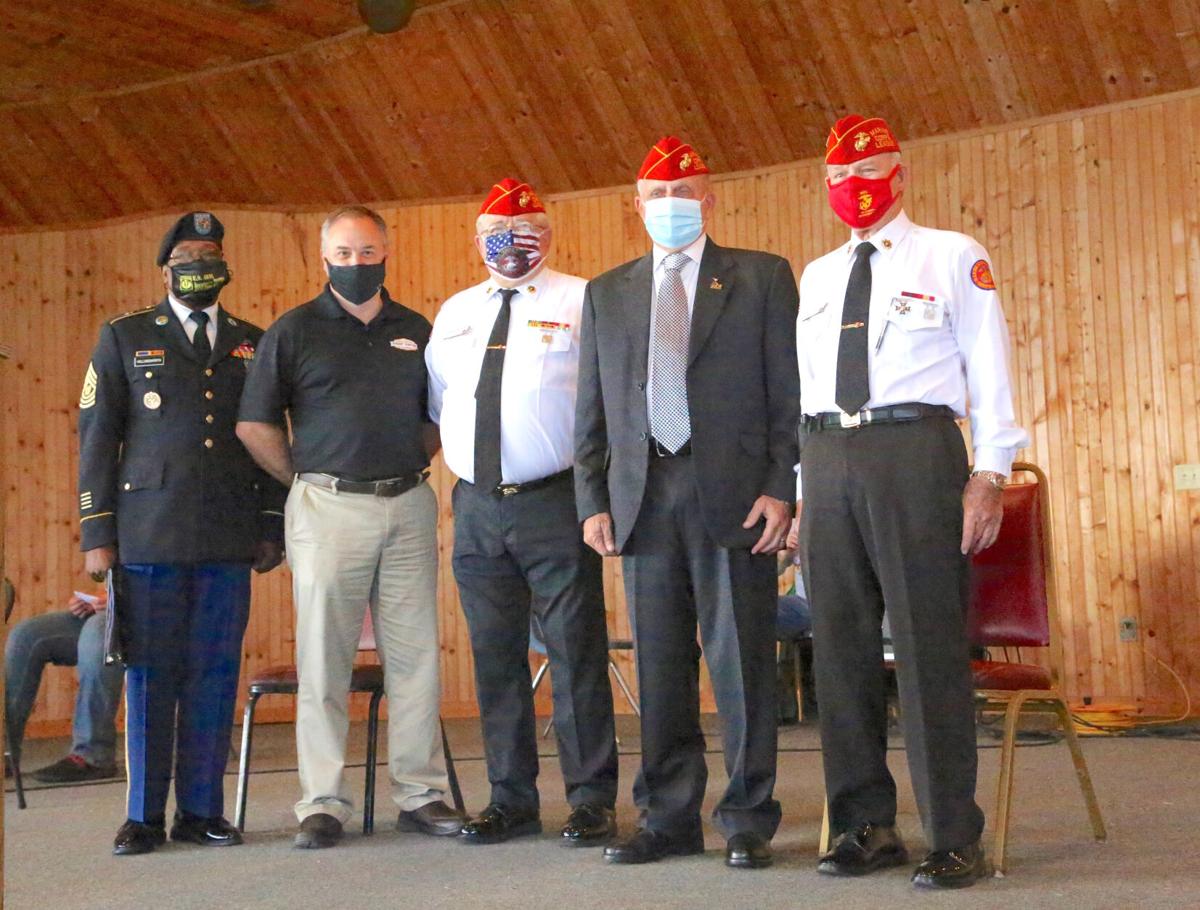 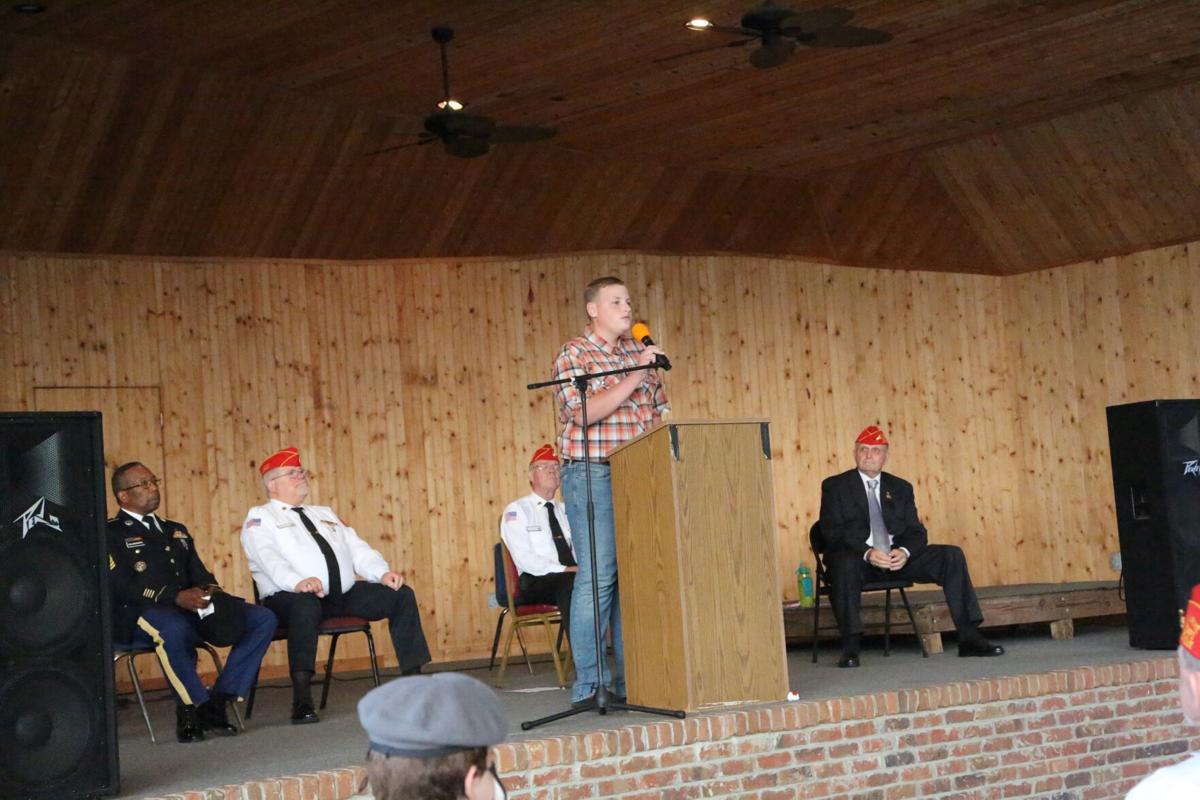 On this day, veterans, families, friends, public officials and citizens stood united in respect for veterans of all branches.

The one-hour program kicked off with Commandant of the N.E Alabama Marine Corps League, Detachment 1404, and event organizer Charles Martin welcoming the crowd and observing a moment of prayer.

Veteran and Valley Head Mayor Michael (Mike) Key led the crowd into the Pledge of Allegiance.

Fort Payne Mayor Brian Baine joined Martin in recognizing all veterans and attendees and took a moment to thank a special veteran.

“You veterans, you are our true heroes and I want you to always remember that,” he said. “I [also] want to recognize a very special veteran to me, my dad, who is with us today and served in Vietnam. We appreciate your service.”

Baine said the newly held program was originally going to be held at the Patriots Memorial Park. However, the rain deterred them from that plan, moving the event to the Rotary Pavilion.

“Like everyone here, I think it’s important to take time from our busy schedules to honor our veterans and remember the sacrifices they have made to give us the freedom we enjoy today as Americans,” said McAbee.

He went on to deliver a heartfelt message referencing former President Ronald Reagan, who cautioned that “freedom is never more than one generation away from extinction.”

“These men and women did their duty. We owe them a debt that can never be repaid,” McAbee said. “We should never forget the words of President Abraham Lincoln, who told us, a nation that does not honor its heroes will not endure.”

McAbee also took a moment to pay special tribute to the four War World II veterans in addition to all the veterans who attended the event.

“At a time in their lives when their days and nights should have been filled with adventure, love and lessons of the working day world, they fought in the most primitive conditions possible across Belgium, Italy, Austria and the coral islands of the Pacific,” he said. “They answered the call to save the world from the two most powerful and ruthless military machines that were assembled.”

Faced against great odds and a late start, those soldiers succeeded on every front, said McAbee. Winning the war and saving the world.

The evening saw a performance from Branson Jones, who sang patriotic songs, including ‘I Love This Land’ by Gold City.

Instrumentalist Maegan Womack performed Taps, a call to remember those who gave their lives in the United States' service, on the trumpet.

Baine thanked Martin for all his effort in coordinating the evening’s program and the Fort Payne Parks and Recreation department for setting up the event at the pavilion last minute and Fort Payne Council President Walter Watson for his attendance.

Areas of patchy fog early. Considerable clouds early. Some decrease in clouds later in the day. High near 55F. Winds N at 5 to 10 mph.