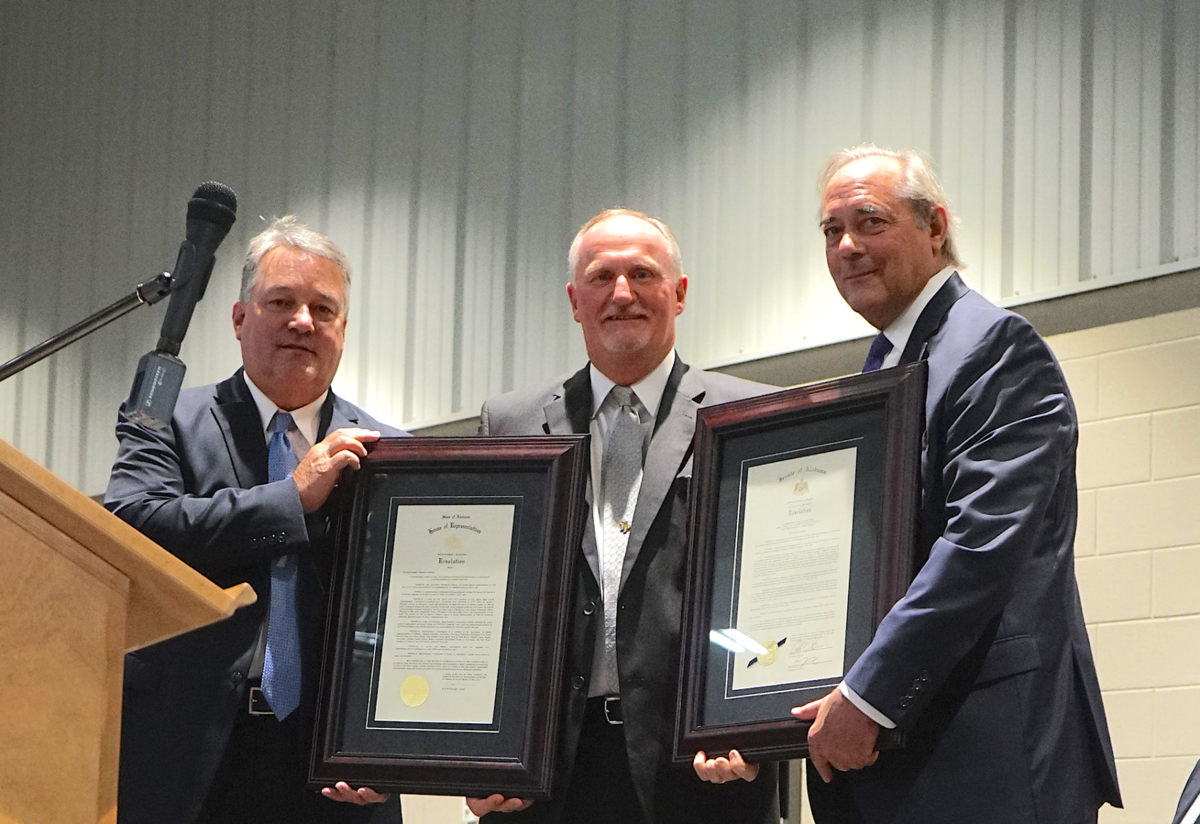 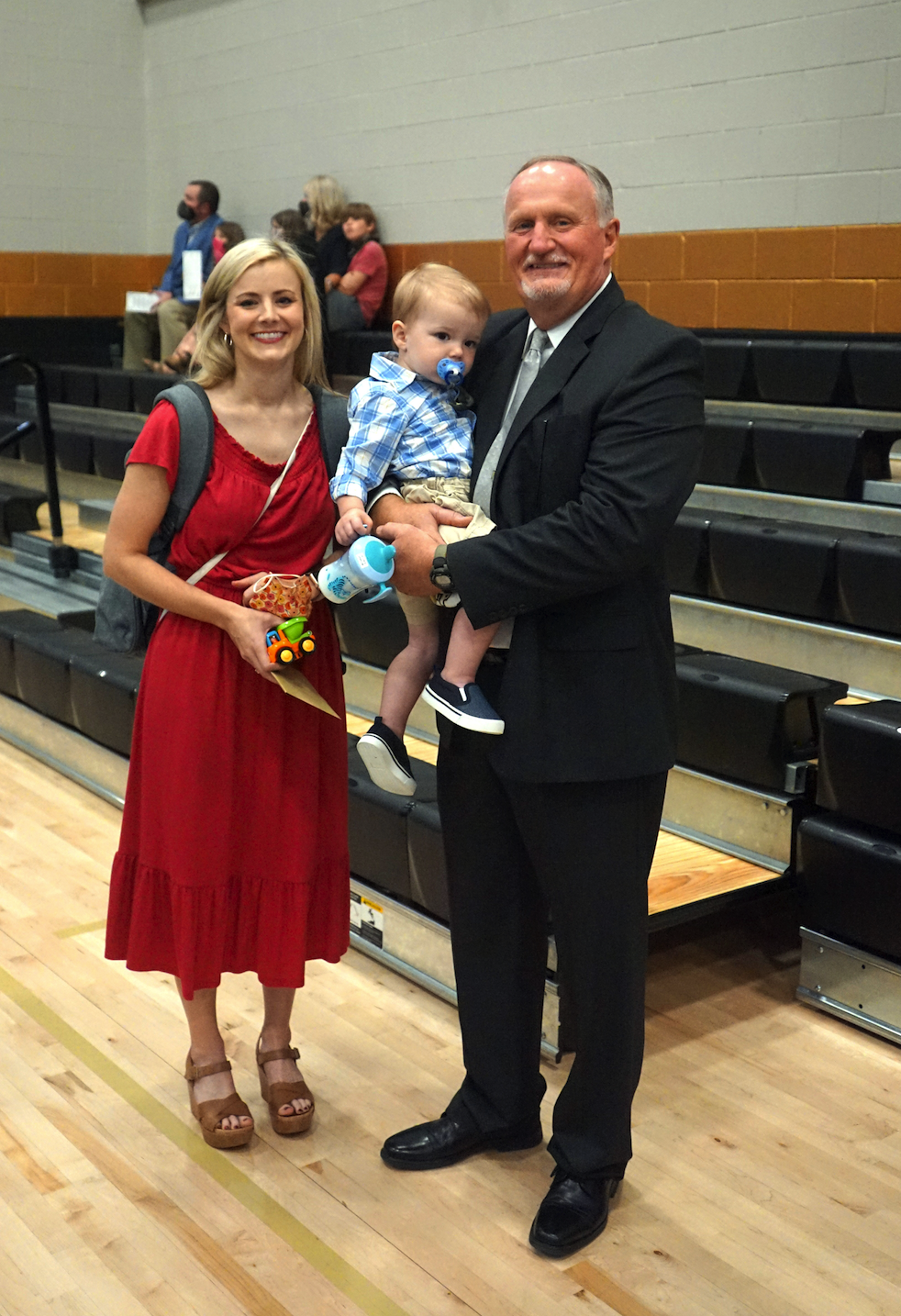 Pictured is Cunningham (right) with daughter Cori and grandson.

Pictured is Cunningham (right) with daughter Cori and grandson.

Little Ridge Intermediate School opened for its first public event Sunday as the community commemorated the retirement of the superintendent responsible for its existence.

Jim Cunningham technically handed the job of superintendent over to his successor, Brian Jett, over the summer, but he remained on hand to see projects completed and to provide for a seamless transition.

Cunningham worked 42 years as an educator, including the last 18 years as superintendent, eight years as principal, two years as an assistant principal, and 14 years as a teacher. He appeared somewhat embarrassed by all of the attention, but also deeply moved as so many of the people who gave him his start turned out to wish him well in retirement.

Jett listed a long list of accomplishments since 2003 that put the Fort Payne City Schools in an elite position among Alabama school systems, including numerous firsts that paved the way for other school systems to follow. He joked that Cunningham was skilled using “Jedi mind tricks” to persuade people to act and always managed to get the job done with whatever funding he could get.

Cunningham’s steady leadership during the pandemic as president of School Superintendents of Alabama was also noted in comments by Ryan Hollingsworth, executive director of that organization.

Ledbetter noted Cunningham’s skill as a communicator, recounting the story of a meeting where he asked him and Livingston to take a third grade level test, which turned out to be completely in Spanish, to demonstrate the need for bilingual resources. Ledbetter said school systems statewide now staff mental health specialists because of Cunningham’s compelling testimony before a legislative committee.

Fort Payne Board of Education President Jimmy Durham said Cunningham made serving on the school board easier because he always made great recommendations and Cunningham thanked the Fort Payne City Council for sending him competent and caring people to serve on the board of education. Durham, who is director of the DeKalb County Economic Development Agency, said the first thing prospective industries ask about are the quality of local schools.

Cunningham thanked those who hired him for his first jobs as Alabama history and civics teacher and junior high football coach in 1979, returning to his alma mater in 1984 and remaining there since. He named people who helped him to excel over the decades, admitting it would be impossible to achieve much without dedicated staff surrounding him. He gave special thanks to his family, including his parents, wife and children, for their patience and life lessons. His grandson, Marshall, sat front and center during the event, and the proud grandfather spoke of how he looks forward to teaching the child to fish, play golf and other moments he looks forward to sharing in the next stage of life. He said they plan to travel extensively to see the country.

“It’s been difficult when I’ve seen the children at schools because I know that time is ending,” Cunningham said.

He actually closed out his career the next day at a groundbreaking for the Building, Electric, Aviation Technology Center, which exists due to Cunningham’s ability to lead his staff to quickly write a grant for the $1 million facility, adding to the $10 million in grants received by the city schools during his tenure.

Cunningham wished Jett well as he leads the schools and offered to help anyone in attendance if he can ever return the kindness he experienced.

Following the ceremony, LRIS Principal Jennifer List welcomed everyone to follow designated tour guides and noted some of the special features of the school like the LED lighting, variety of furniture and the school’s storm shelter capabilities. The new school relieves overcrowding at other campuses and opens up Williams Avenue School to host the system’s Pre-K program and the Child Development Center.