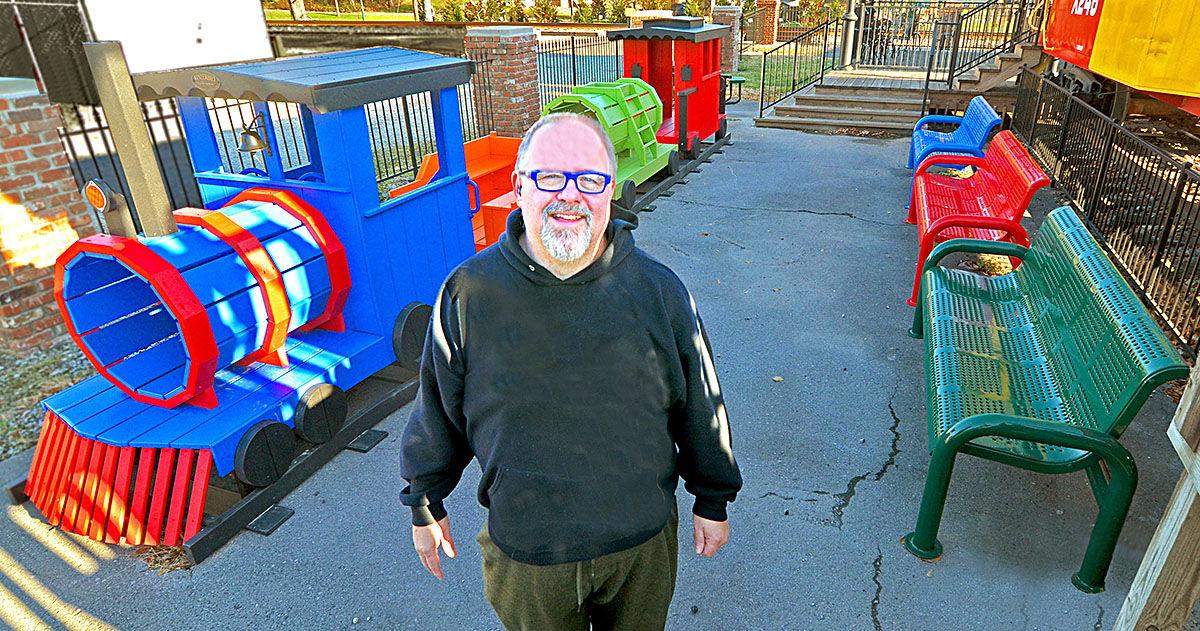 Neal Wooten, Director of the Fort Payne Depot Museum, shows off newly installed playground equipment and benches. The inside of the museum features new display cases and railroad memorabilia. 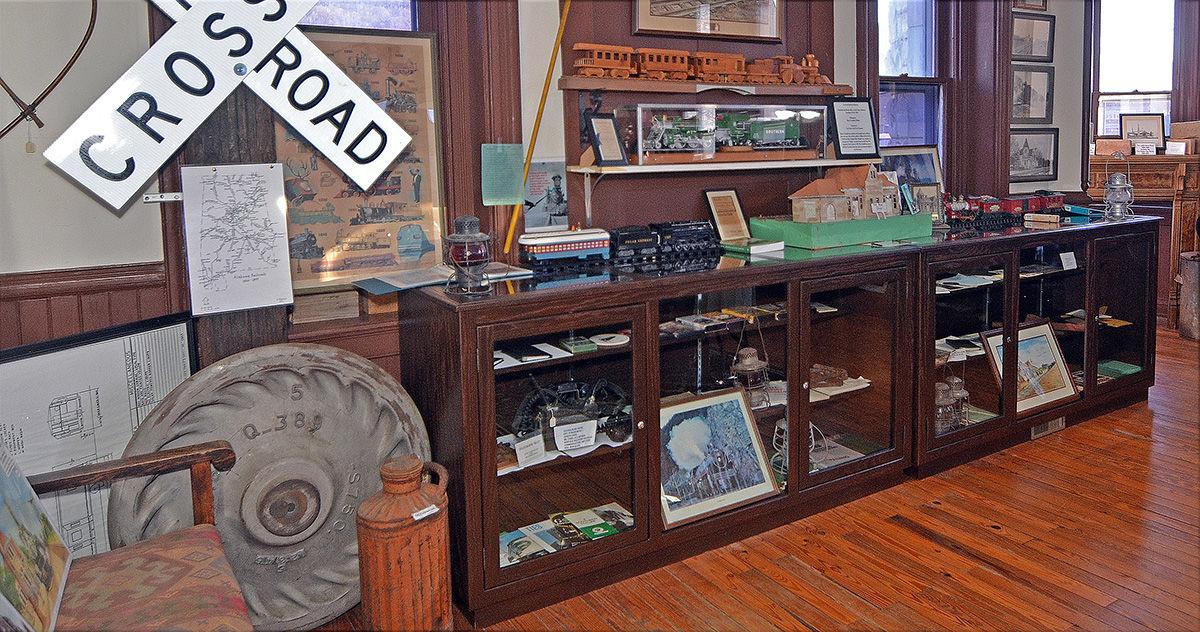 Neal Wooten, Director of the Fort Payne Depot Museum, shows off newly installed playground equipment and benches. The inside of the museum features new display cases and railroad memorabilia.

The one thing you’d expect to find inside a former train depot would be artifacts about the railroad, but that wasn’t the case until recently at the Fort Payne Depot Museum, a converted depot for the Alabama-Great Southern Railroad for about 85 years that was purchased by preservation-minded citizens in 1986. The museum has added a display of historic train memorabilia and a new train-themed playground for children.

“Eight of 24 new display cases we ordered custom-made are set up, we have completed a train display, and the new playground was installed in late December,” said Director Neal Wooten.

“The 25-foot-long playground train came from Pennsylvania Amish-built. It was part of a project started before I came called the Little Red Caboose Educational Express Project, entailing a lot of different enhancements. The inside of the 1971-made caboose was painted. Cleaning the decorative wrought-iron columns was part of it. I just finished up what my predecessor Ann Houston started, which was adding the three $1,000-each benches, picnic table and wrought-iron tables and chairs on the deck. I finished the decorative guard-railing around the caboose so kids can’t get up underneath it.”

In springtime, plans are to open the playground to encourage children to play on it.

“Our goal is to be able to rent that area for kids’ birthday parties, maybe wedding receptions, family and class reunions, those sorts of things. [The Fort Payne Depot] is a very unique building, and one of the best backdrops in the city for picture-taking. Come prom time, it’s prom dresses galore. The fencing is for insurance purposes and encourages people to actually rent the space rather than crashing the place without paying, plus if you are renting it, you don’t want other people coming in at the same time to use it for free.”

Initially, the Depot Museum sought a train playground from GameTime, but the only one available looked identical to the one directly across the railroad tracks inside of the Alabama Walking Park. To avoid replication, Wooten acquired the one that’s been installed, the closest duplicate being in a South Carolina town square.

With the development of the Alabama Walking Park, Rotary Pavilion, and the block of the Coal & Iron Building, Opera House, Hosiery Museum, and Hunt Reception Hall, the Depot takes on heightened prominence as the structure in the middle of these clustered attractions.

“The Depot should be the center of everything if you ask me,” Wooten said. “We are right in the middle of it and want to make it more accessible and ‘local friendly.’ Ninety percent of [Depot Museum] visitors are from out-of-town or out-of-state. It should be more available to local people.”

Fort Payne natives who haven’t visited the attraction in a while will find lots of changes inside as well. Plans are to add computer-aided technology to lead viewers through local history with an emphasis placed on the importance of the railroad to development in the county.

“We consolidated items from three now-empty cases into one new case. The old cases were used retail display cases, most of which were already damaged at the time they were donated in 1986. They had no tiers of shelves. Now we can fill multiple levels inside a single case, freeing up room for items we’ve kept in storage because we lacked the space to display them. That’s how we freed up enough room inside the museum to add a train exhibit.”

Wooten said the new cases, which he designed and were manufactured by Ledbetter Cabinet Shop in Fort Payne, are front-loaded for easier access by museum staff than the back-loaded cases that required moving to open. Additionally, each new case contains dedicated ventilation ductwork in the bottoms of the cases so they can be set on top of vents without losing heating and air conditioning.

“We want to show our guests everything in our collection. The new cases will also be safer with no chipped glass and match the original colors. Roy Ledbetter built these cases exactly as I designed them.”

Additionally, a new front ramp makes entering the museum easier for those guests with mobility issues.

The museum houses several permanent and rotating exhibits in two separate buildings, both listed on the National Register of Historic Places. The Gussie Killian Collection contains examples of Native American basketry, pottery, and artifacts while the south room displays the L.A. Dobbs exhibit along with memorabilia from the Civil War, World War I and II, and the Vietnam War. The Depot Annex located in the Fort Payne Coal & Iron Building houses our rotating exhibits along with our substantial collection of dioramas by Steve Fiora.

Wooten, an author and publisher, has learned grant-writing, receiving $44,000 in two-and-a-half years from Altrusa, two grants from the Daniel Foundation, and two from the Alabama Historical Society. Donations to the Little Red Caboose Educational Express Project are appreciated.

He encouraged the public to come visit the Depot Museum to check out the new changes. Admission is $3 per adult 19 or older, $1 per person for ages 7-18 and free for children 6 or younger. Discounts are available for military, veterans, senior citizens, and bus tours.

To learn more about the museum, visit http://www.fortpaynedepotmuseum.com/.