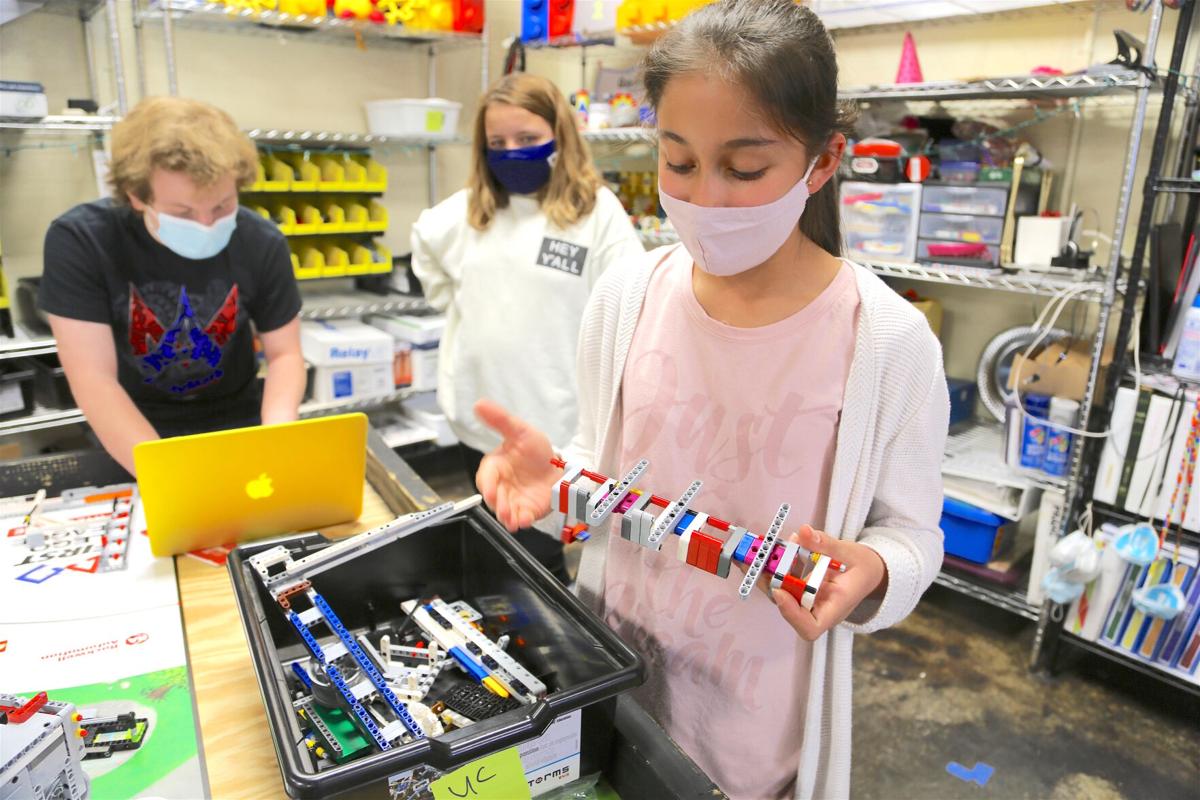 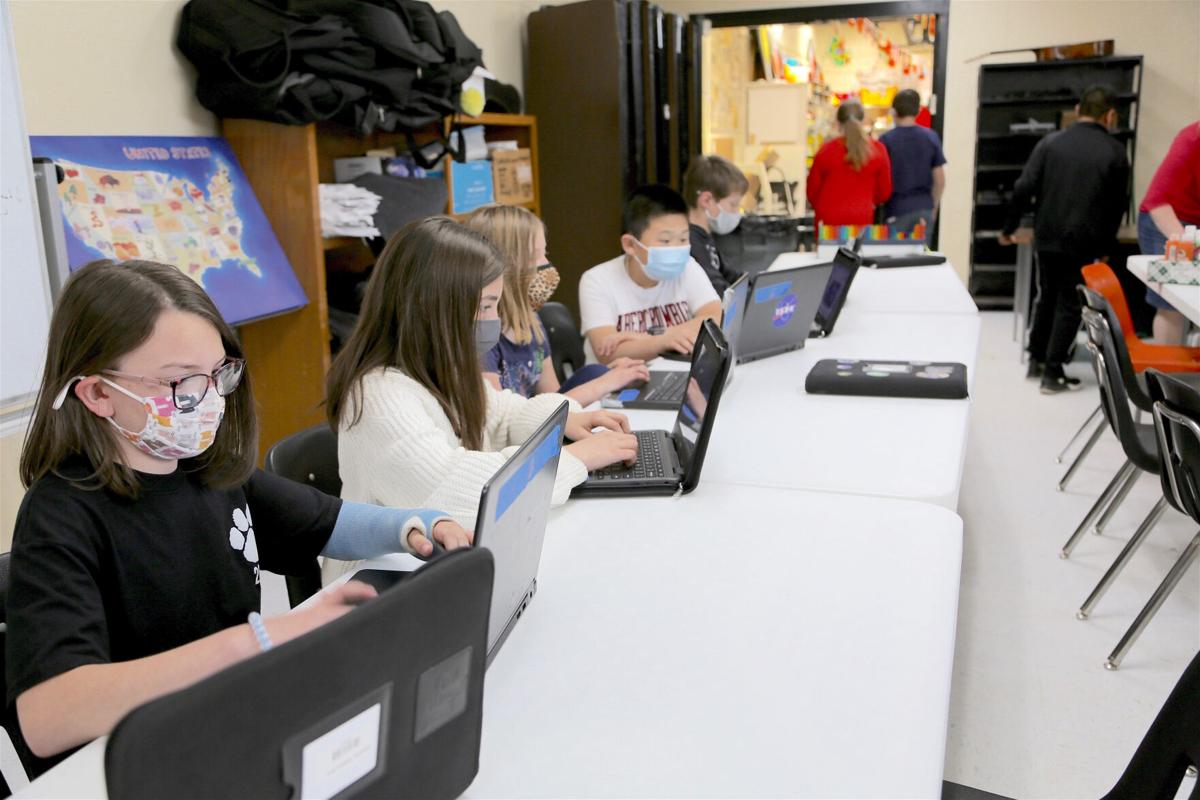 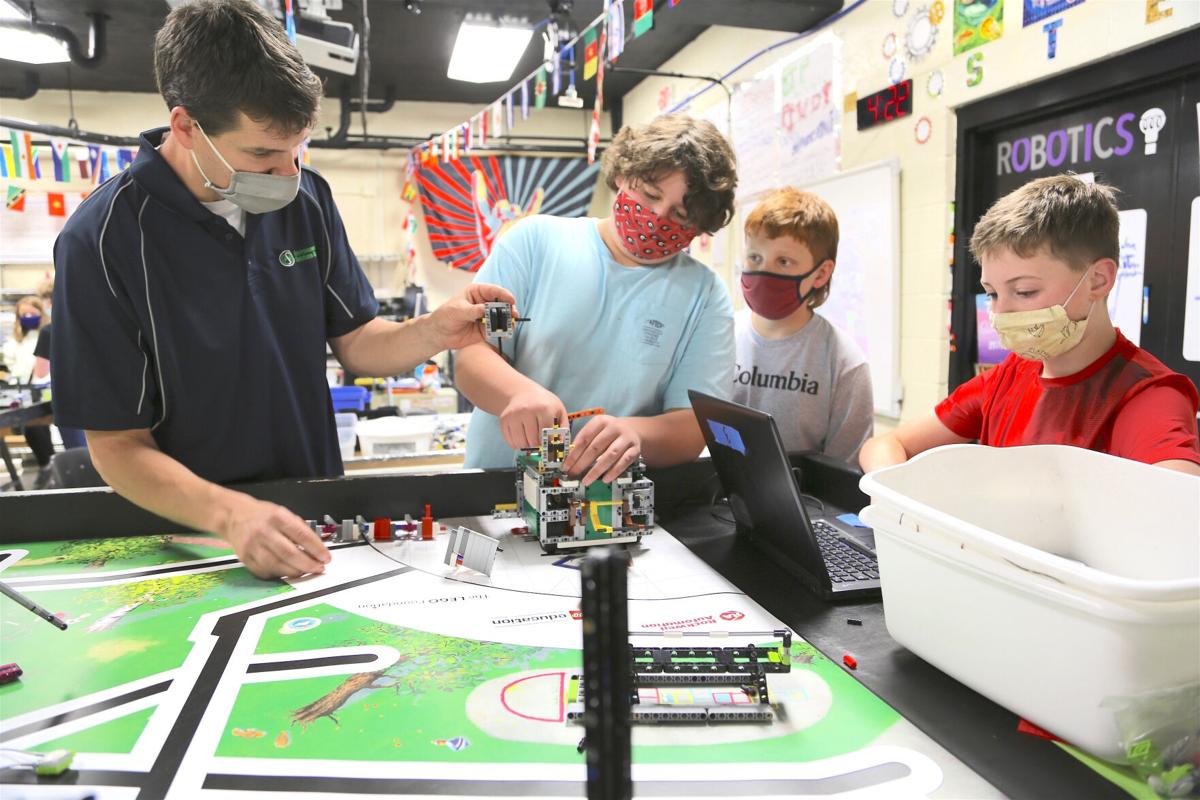 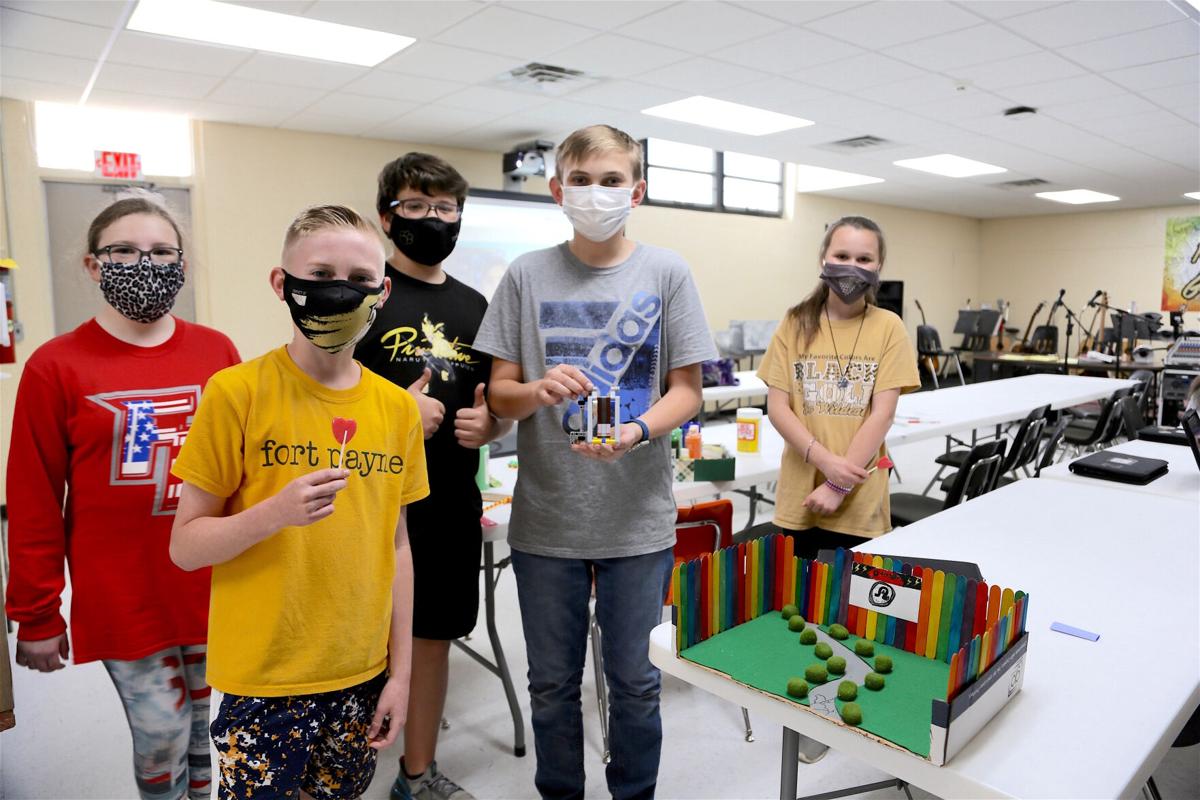 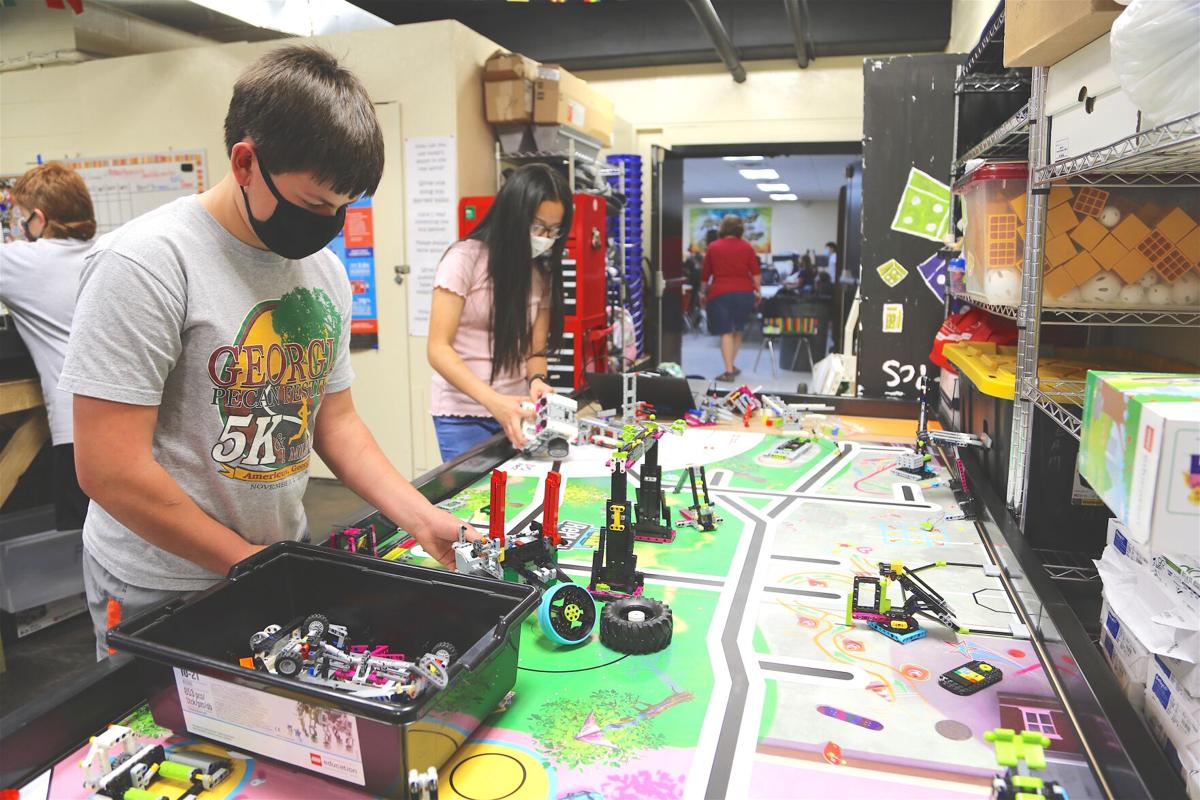 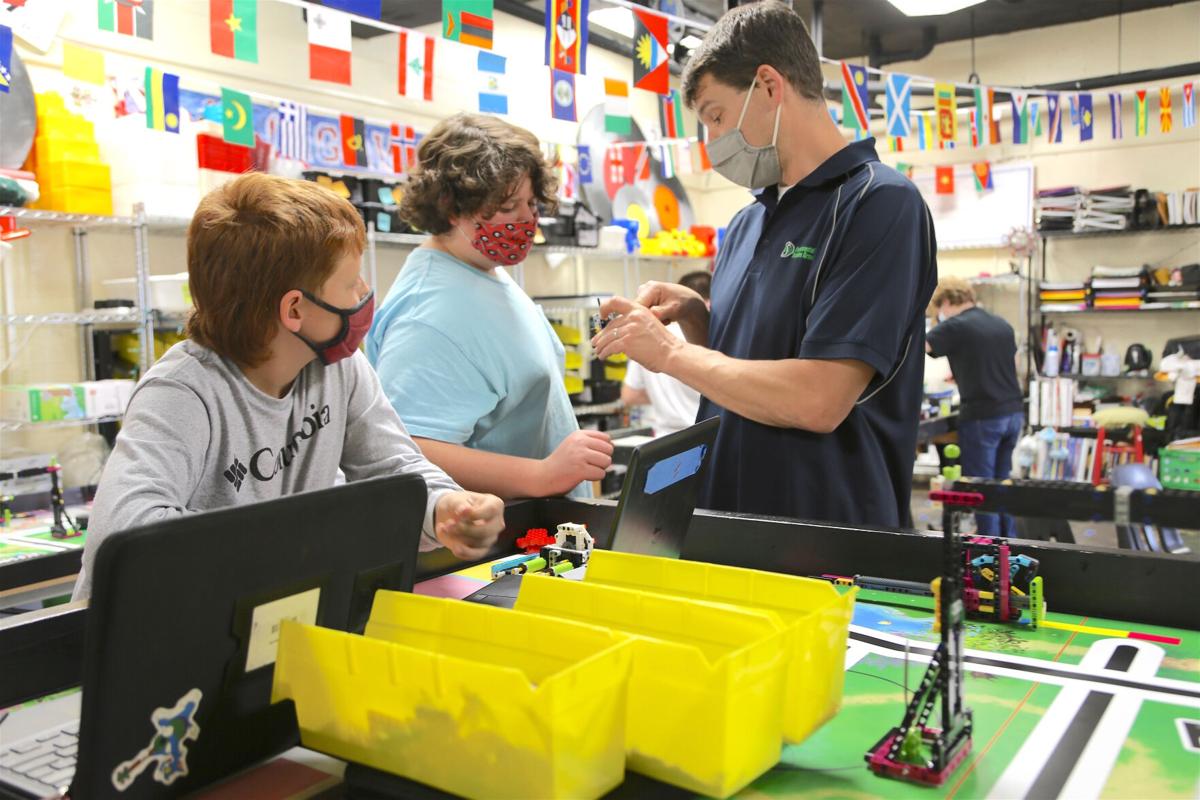 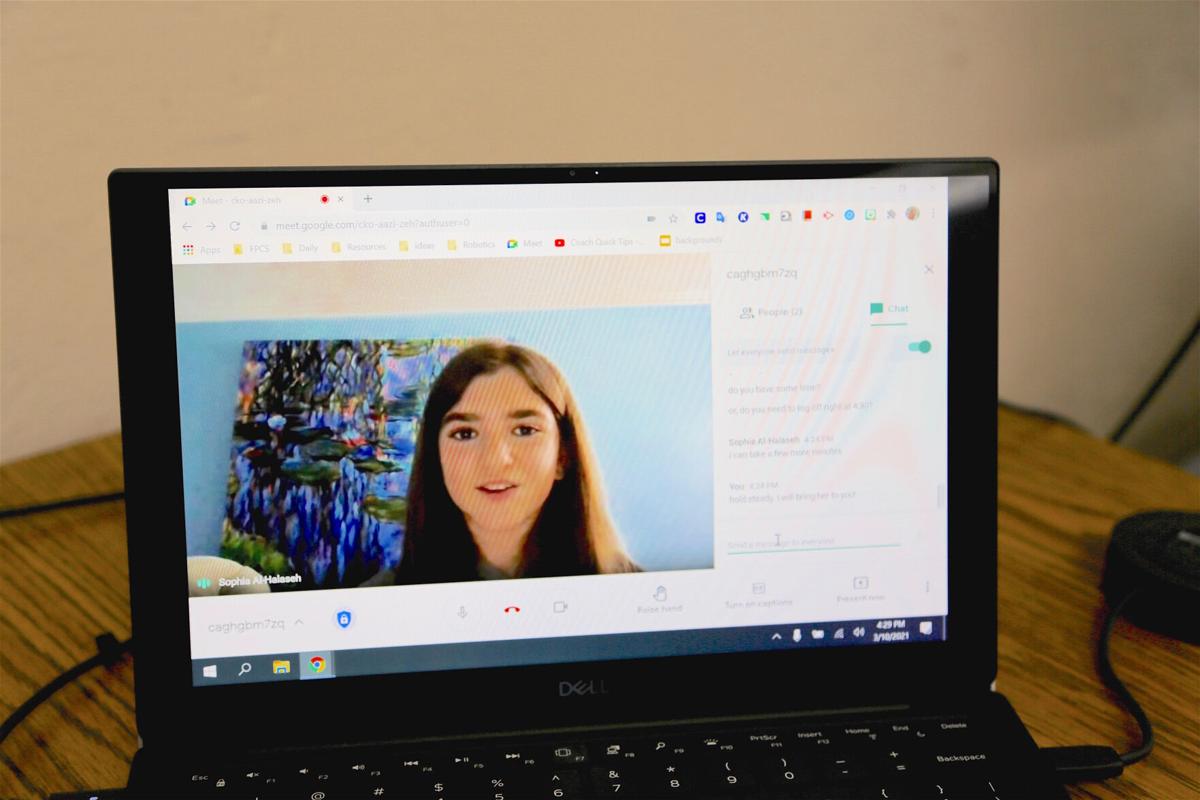 Above, joining the class via remote learning is Sofia Al Halaseh.

Above, joining the class via remote learning is Sofia Al Halaseh.

According to firstlegoleague.org, the First Lego League is a project-based, hands-on FIRST program introducing students to engineering and coding also referred to as programming in an inclusive, creative and hopeful environment where students work collaboratively to solve a yearly robotic challenge.

“Everyone performed exceptionally well and will be competing at the virtual state competition on April 10, 2021,” she said.

McClung said due to COVID-19 this year’s competitions have been virtual which has been a fun challenge for her and the students.

As a six-year veteran of the First Lego League program, McClung said she has enjoyed the new challenge.

“I coached for four years, and last year I worked for the international headquarters in New Hampshire remotely,” she said. “I did a whole virtual event with them at Disney World. So, I was interested to see how that was going to play out with these guys in the classroom and also having students at home.”

During the February qualifier, each team was responsible for a project presentation, robot design presentation, collaborative digital notebook, code and a website.

All material is digitally submitted for judging, along with a recording of a parent presentation, photos of the presentation and the top three robot matches.

“Those notebooks are very impressive,” said McClung. ”It’s considered project management in which they demonstrate all parts of their projects including their robot designed and a map of their strategies.”

A main aspect of the process includes the program’s “Core Values,” or the engineering design process that involves discovery, innovation, impact, inclusion, teamwork and fun.

McClung emphasized the students do all the work saying, “How are they gonna learn if they don’t get in there and do it.”

The final test of their work comes at the Robot Game table, where students race against the clock for a personal best score and the chance to advance to a local championship.

“Their goal is in two minutes and thirty seconds to get the most amount of points that they can,” said McClung. “650 is the most that they can get. So, they have to execute a mission strategy.”

Fifth-grade student Arianna Ignacio said as a team student evaluate their missions, decide which one to move forward with and start to develop attachments while following the engineering design process.

“I went from no girls except Yvette working on robots at the beginning of this years to now various girls. It’s been very encouraging,” said McClung. “Her robot code is brilliant. She’s a brilliant programmer and builder.”

On April 10, the teams will compete in the morning, followed by a virtual live remote awards ceremony in the school’s gym.

The students said they are all looking forward to competition day and hope to achieve a personal best scoring.

“It would be great if we were first, second and third in the state but we will see how they do,” said McClung.

Next year, McClung will be teaching third, fourth and fifth grade at Little Ridge Intermediate School, featuring a larger classroom to recreate their current setup.

“It’s important to get their minds thinking at an early age,” she said, “The goal is to have a progression of programs and build on that knowledge they gain for the next year.”

She will also continue to teach sixth, seventh-graders at FPMS however, their current classroom will also be moved into a bigger setup.

McClung said this past year, the State of Alabama required high schools to offer computer science classes and it will be a requirement for middle school next year.

“That’s going to play super well into this class because this is computer science,” she said. “I think people think of computer science as just programming but it’s computational thinking, it’s every single STEM requirement and I think that’s going to help meet the needs of our students.”

Special thanks were given to Anna Shugart, John Guice, Laurel Shugart, Caitlyn O’Shields, Barrett Biddle, Clark McClung, Maryana Figueroa and Jordan Binkley for mentoring and assisting in after school practices for the teams.