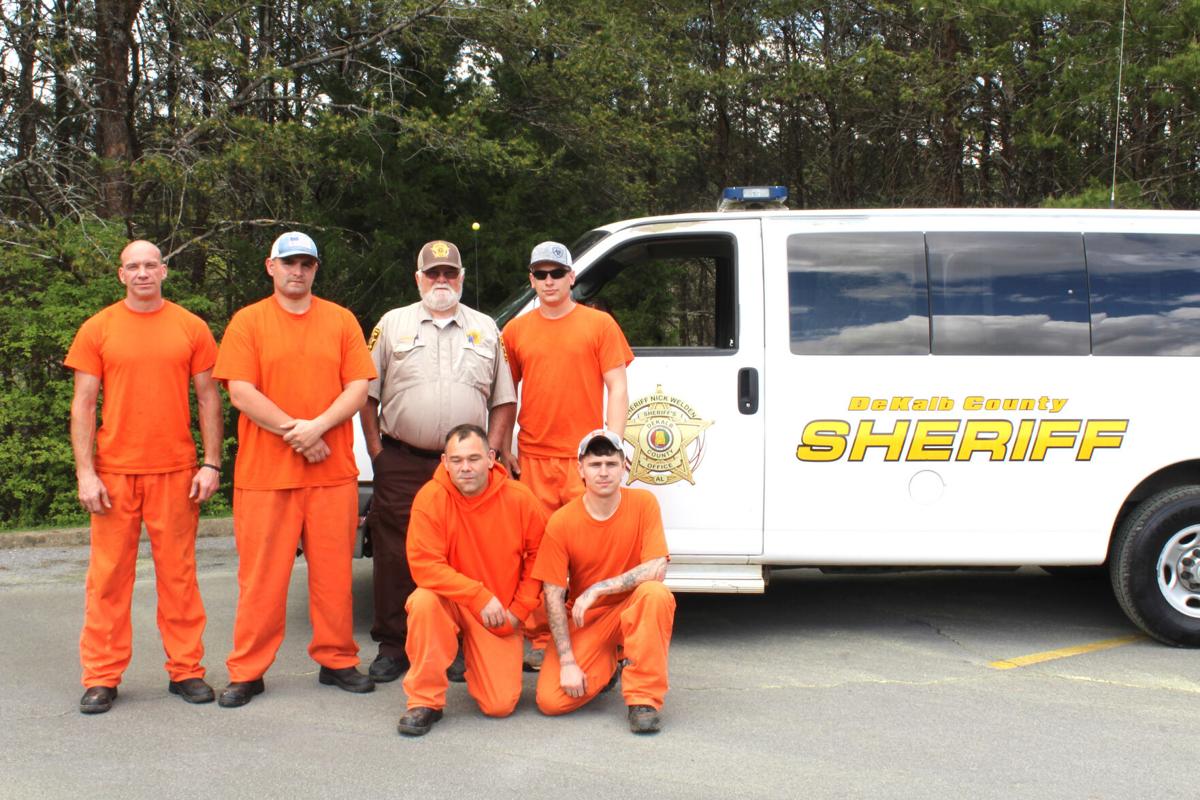 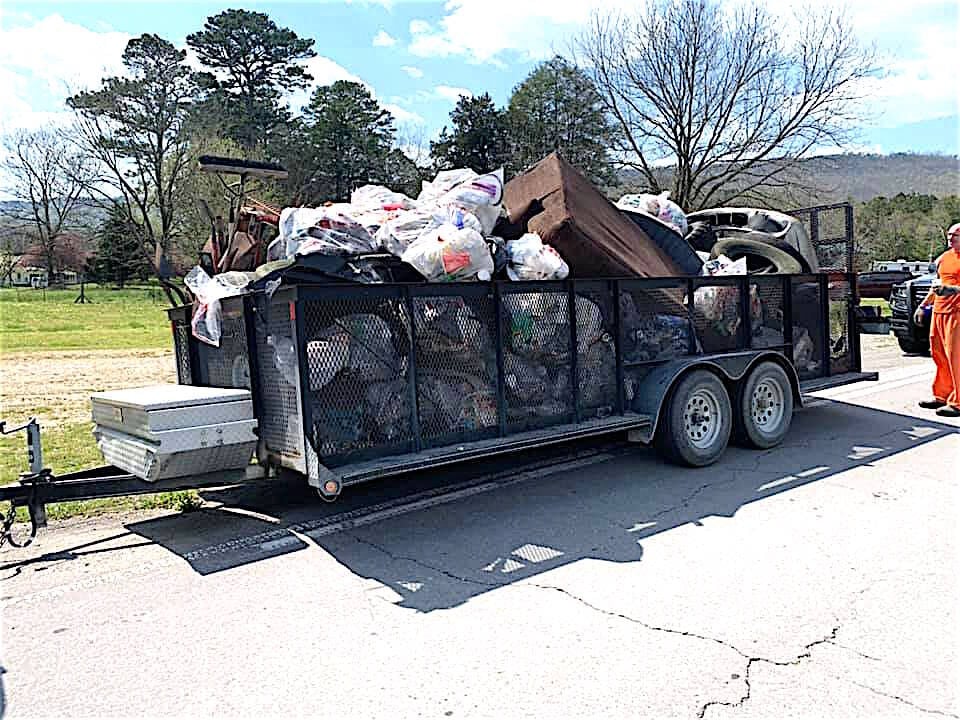 Pictured, above, is one of the many loads of trash picked up by inmates crews in recent days. The thousands of pounds of garbage included household garbage, furniture and dead animals.

Pictured, above, is one of the many loads of trash picked up by inmates crews in recent days. The thousands of pounds of garbage included household garbage, furniture and dead animals.

Along the shoulders of Alabama’s roads, men in orange jumpsuits can be seen bent-low, filling bags with the bits and pieces drivers leave behind: receipts, cigarette butts, food trash and even dead chickens.

Road Crew Officer Donald Morgan said their last trash pick-up was at Sulphur Springs, and they found approximately ten bags full of dead chickens. “I hope and pray the guys throwing out the chickens get caught because it’s absolutely sickening,” he said.

The road crew picked up approximately 135 bags and 2,940 pounds of garbage just from Sulphur Springs Gap. They have found couches, loveseats, tv’s and mattresses within two or three miles on each mountain he said. “People are throwing tires out, mattresses out; it’s pitiful. We can clean up here, and in two or three weeks, people have thrown it right back out. They’ve got garbage pick up at home and don’t use it; that’s a shame,” said Morgan.

So far the crew has picked up approximately 9,609 pounds of garbage in total. “I would just love to have the people throwing garbage out, out here for about a month, put them out here doing what my guys do, and then maybe they will learn a lesson.”

Morgan said he thinks they should be put in jail and have to spend time picking up trash with a shirt saying, ‘I got caught throwing out garbage.’ “There is no excuse for it,” he said. “You can pull up to a service station and put your garbage there, and there is always a place somewhere to put your garbage besides throwing it out.”

He said to the people who have been good and supporting them, they all appreciate it. We have a good sheriff and good people at the sheriff’s office, just trying to do the best they can he said. “These guys here in orange, people that are littering are just as bad as they are, sin is sin, wrong is wrong, and that’s just how I look at it,” he said. “We have plenty of other things here in the community we could be doing besides this junk just because people are throwing their garbage out. It’s all over the county, and there aren’t enough of us to get this garbage up,” he said.

Morgan said he couldn’t have done it without the help of his crew, who go the extra mile. “I’ve got a good crew here; I couldn’t do this without my crew. It’s not about me anyway, it’s about the road crew, and it’s about the man upstairs,” he said. “I tell them when we step out of the van to shine, and they do, they shine big time, especially when they walk up the mountain and I don’t have time but to give them maybe a 15 or 20-minute break after walking for three miles in the heat because traffic is so bad,” he said. “We have two escorts, and the road crew doesn’t have much time on that mountain because it’s dangerous, and then you have people wanting to slow down; it’s just been terrible.”

Morgan highlighted how the road crew continue to shine. “I can’t shine when they don’t shine. They know I’m ticky; I would rather have 50ft. done right than 100ft. done wrong,” he said. “They will tell you that because I have made them go back over it, and even though we go back over it and do the best we can, sometimes we still miss it.”

Morgan said the sheriff has blessed them. “He takes us out and done good things for us,” he said. “I have no problem getting anything we need, and it’s because these guys here are doing good work.”