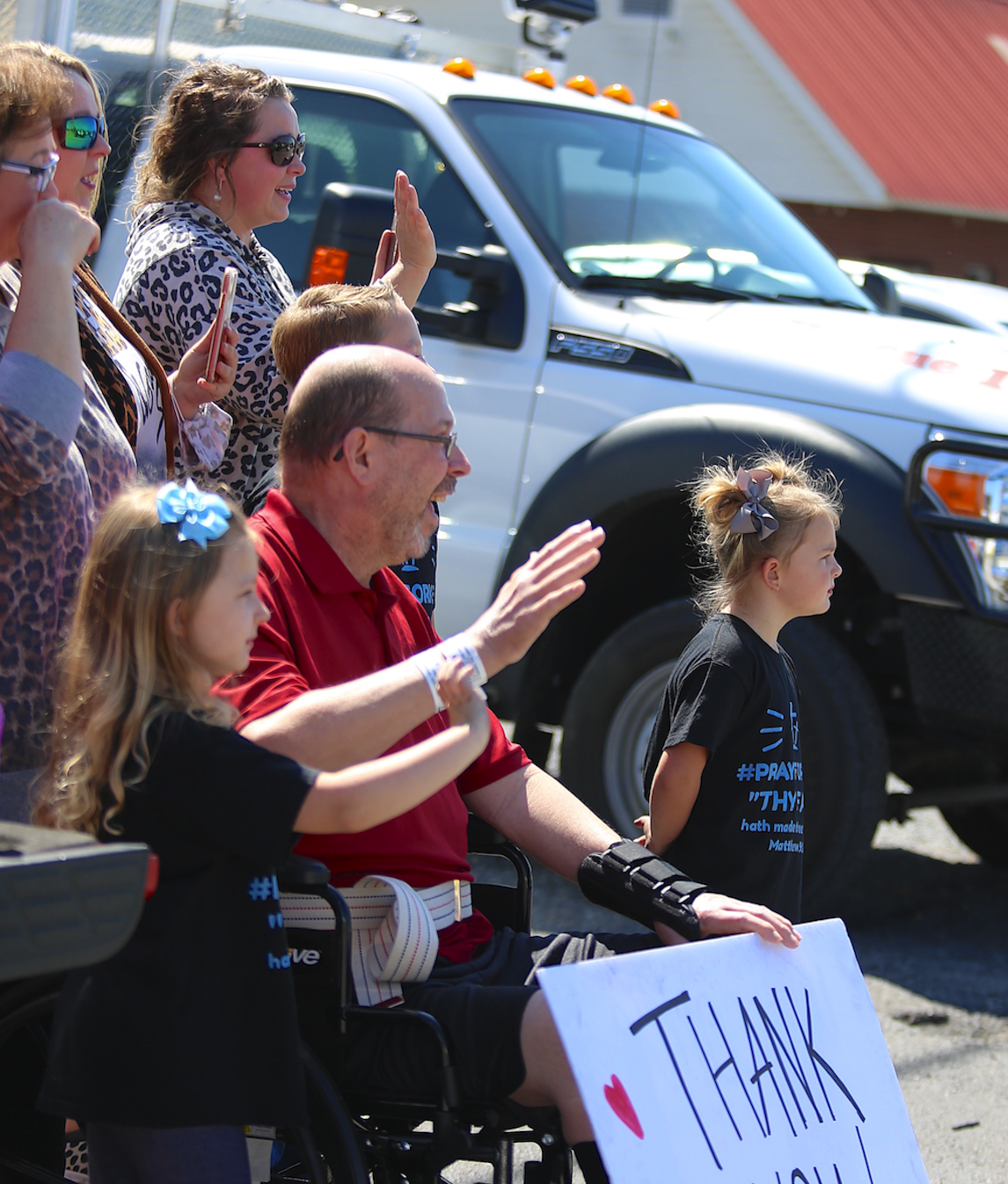 Pictured are Kent and Terri Wilborn and two of their grandchildren on Saturday morning, as they await Kent's welcome home parade in Sylvania. 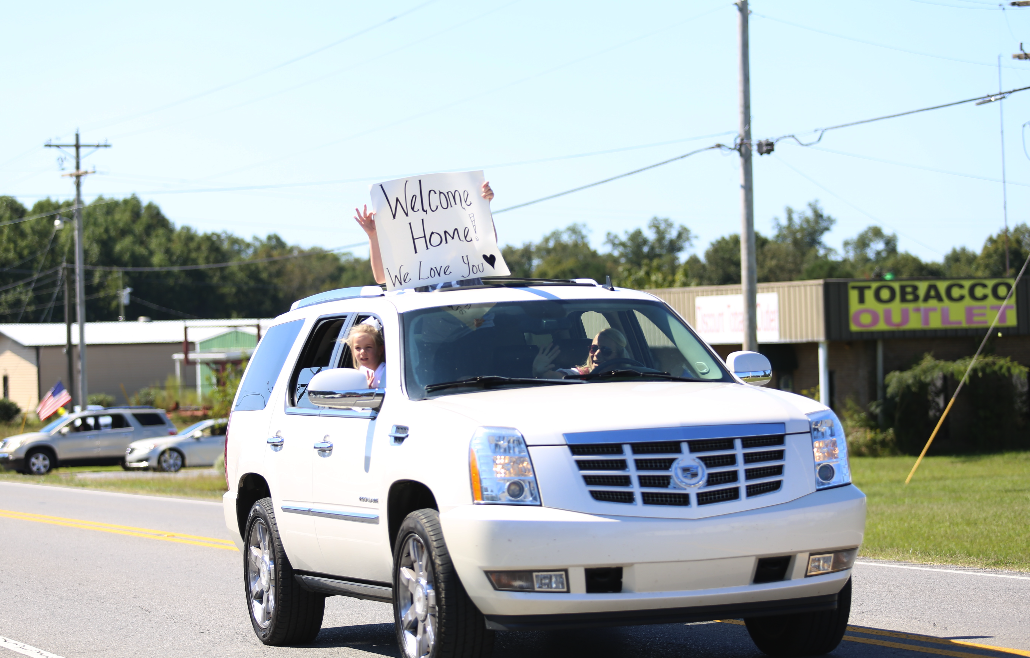 “Brother Kent” was met with a warm welcome from his family, friends and community members with a parade through Sylvania, featuring welcome home signs, well wishes and enthusiasm following a 132-day battle with COVID-19. 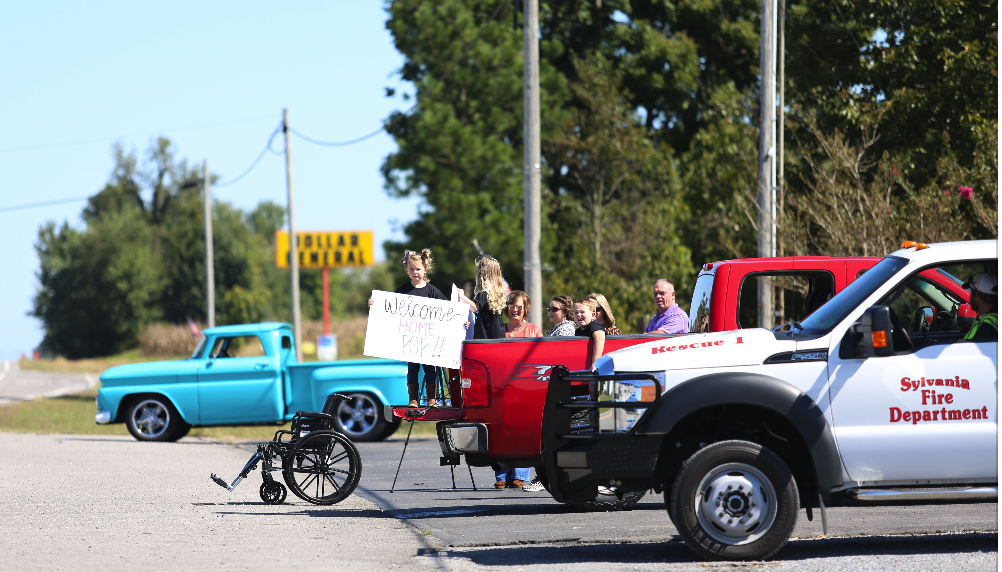 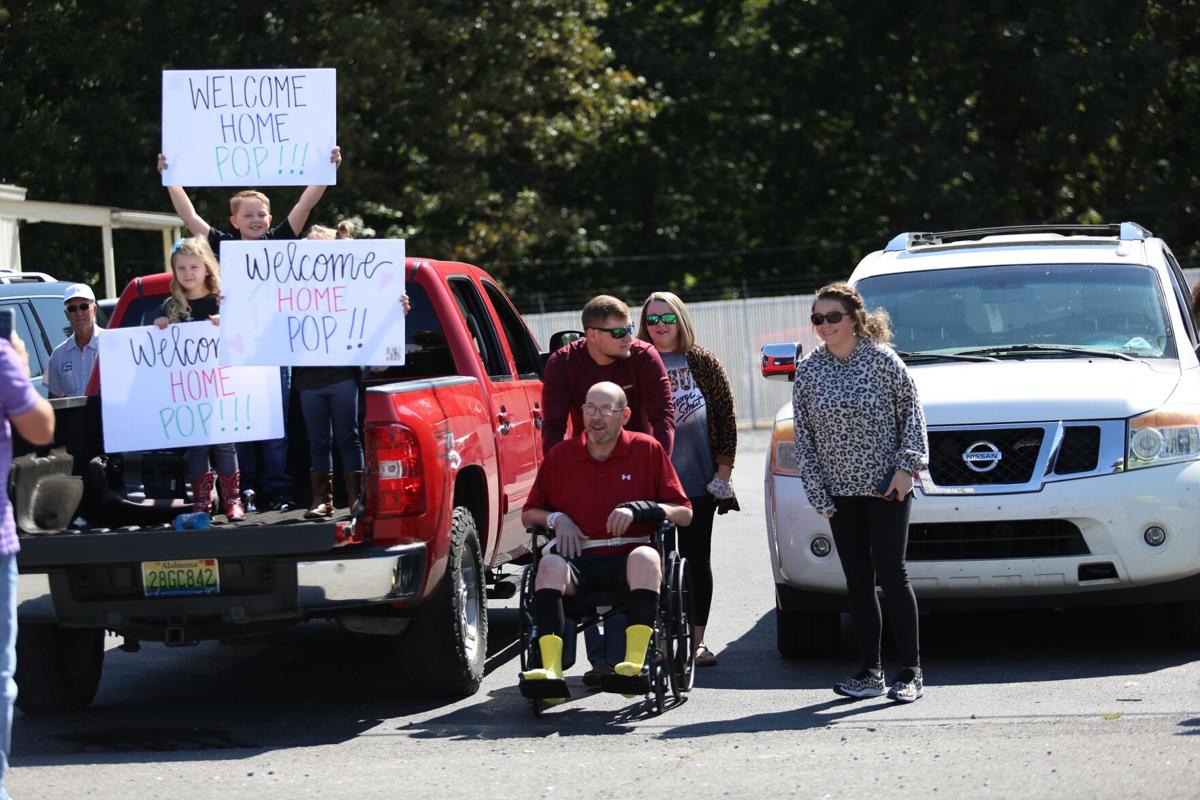 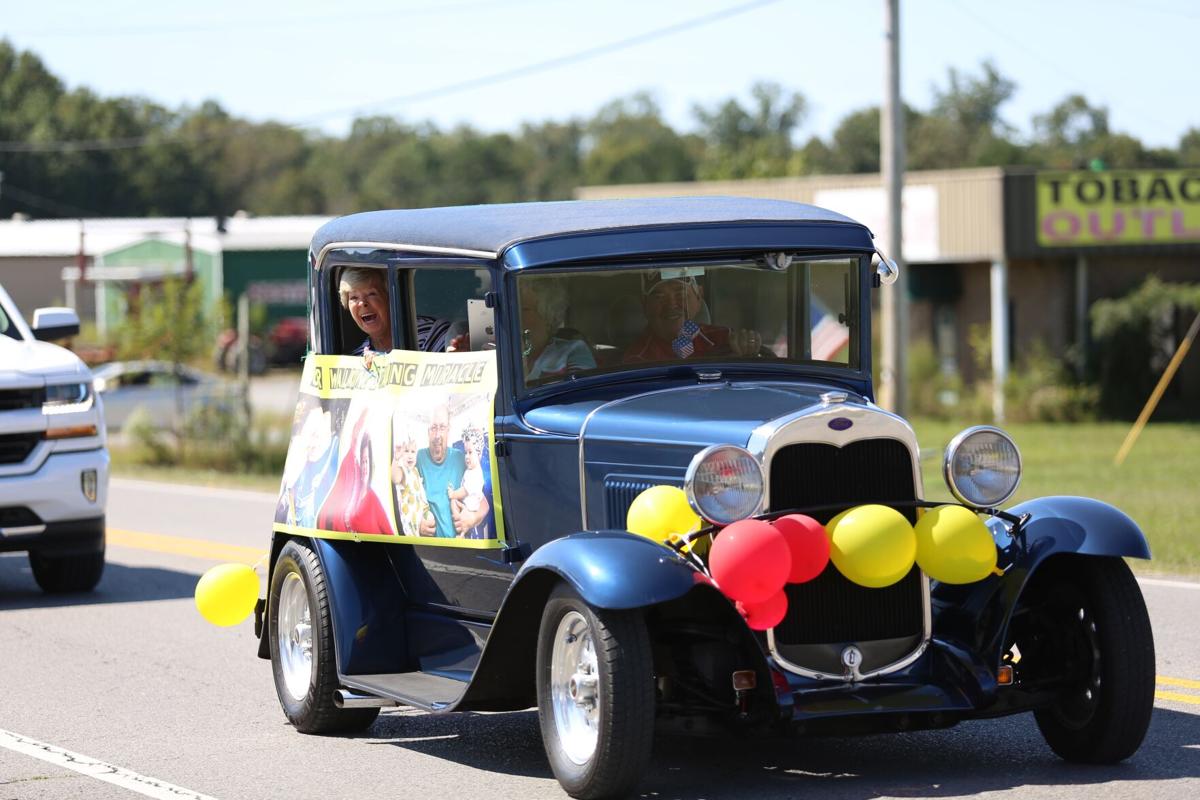 Pictured are Kent and Terri Wilborn and two of their grandchildren on Saturday morning, as they await Kent's welcome home parade in Sylvania.

“Brother Kent” was met with a warm welcome from his family, friends and community members with a parade through Sylvania, featuring welcome home signs, well wishes and enthusiasm following a 132-day battle with COVID-19.

Lifelong residents of Sylvania, Kent and wife of 33 years, Terri Wilborn, became sick around the first week of May.

After various trips to local clinics, Kent's health was diminishing and he was taken to Huntsville Hospital for care.

“There, I was told immediately, that he would be intubated within 24 to 48 hours and his chances of survival were slim,” said Wilborn’s daughter, Teryn Wilborn-Patterson. “It felt like a dream. I couldn’t believe the words that I was hearing. I didn’t understand the severity and the roughness of the walk we were about to endure.”

Seeking further care, Kent was flown to Vanderbilt in Nashville. While in their Medical Intensive Care Unit, he was intubated on his sixth day.

“The days were hard. Phone calls were directed to me while my mom was recovering from having COVID-19 and pneumonia,” said Patterson. “My sister and I never missed the scheduled phone calls to check on my dad and get updates from doctors.”

An item since the ripe age of 13, Kent and Terri spent their 33-year anniversary in the hospital, not knowing if Kent would pull through or not.

Thankfully, Patterson said after a month of no physical contact they were able to see him, touch and pray over him.

“Growing up and having a relationship with Jesus, I knew that prayer is one of the most powerful things,” she said. “The word of God tells us to talk to Jesus about our problems.”

Believing in the power of prayer, the Wilborns reached out to their family, friends and community, gathering as many prayer warriors as possible.

“The power of prayer is real and Jesus is a miraculous miracle worker. I knew I needed him,” said Patterson. “The support we got was an outpouring of love and prayers. Signs went up, calls went out and we felt them.”

While in the hospital, Kent coded, barely pulling through some nights, suffering septic shock twice and two light strokes. Saturday, he made the journey home.

“God has a plan for this man and we will walk in Jesus’s way and His light to bring forth the remainder of His plan,” said Patterson.

She said having her father come home was a miracle and their town showing up to support them was unbelievable.

Surrounded by his loved ones, Kent, known to many as “Brother Kent,” is headed toward recovery.

His family would like to thank Huntsville Hospital, Vanderbilt Hospital, Select Specialty Hospital and Huntsville Encompass Rehab for their “wonderful” service.