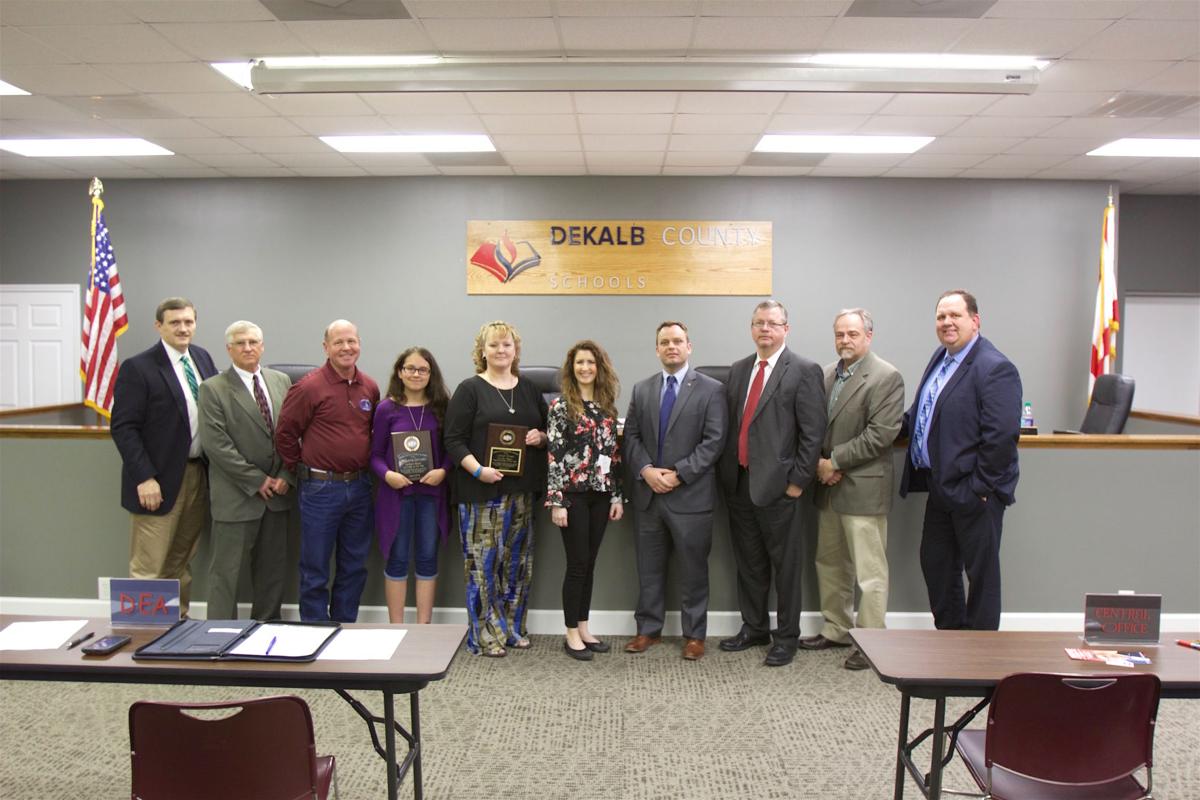 Gonzalez, Owen, Clanton, and Mayfield  are pictured above with the DeKalb County Board of education 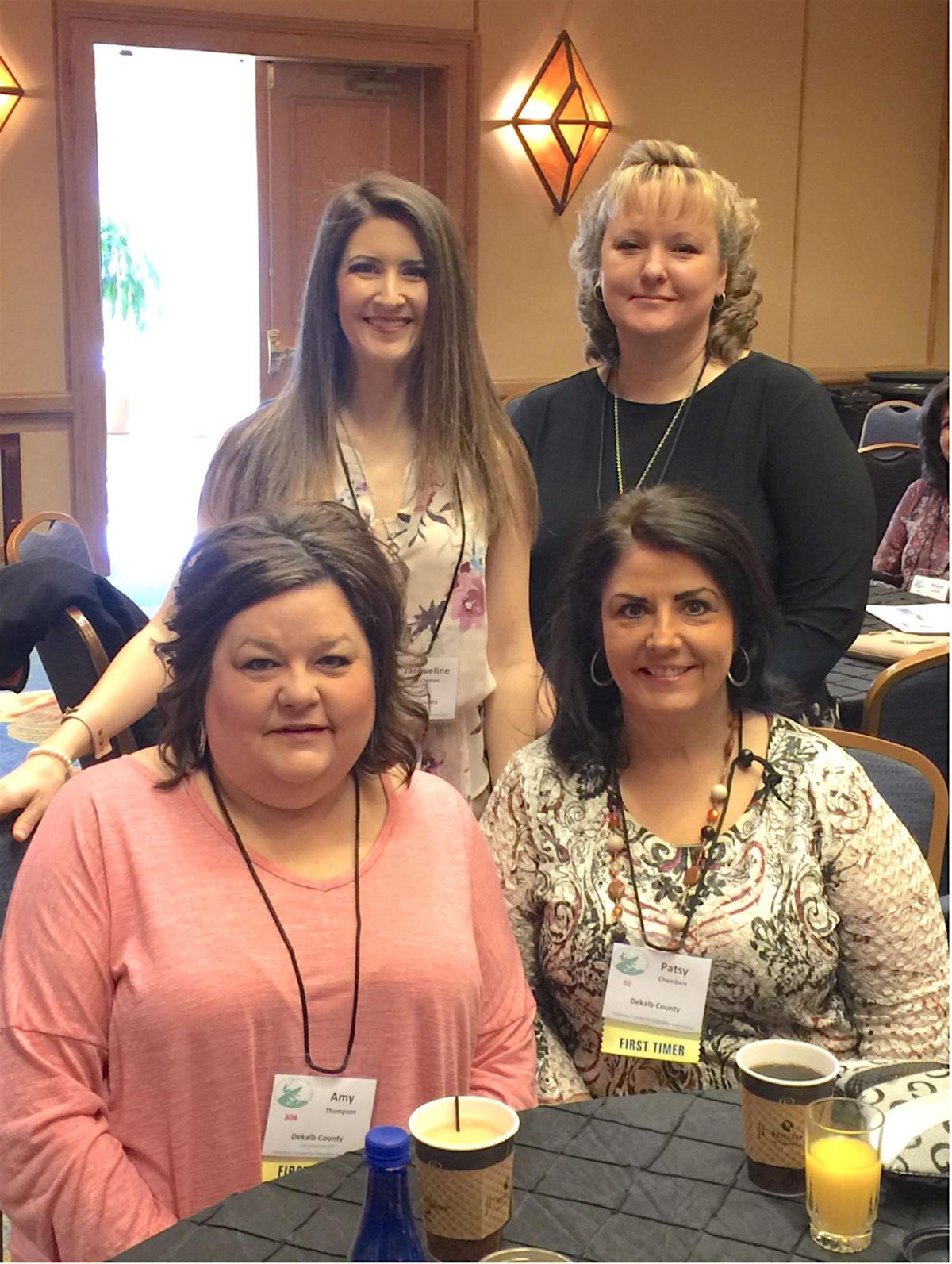 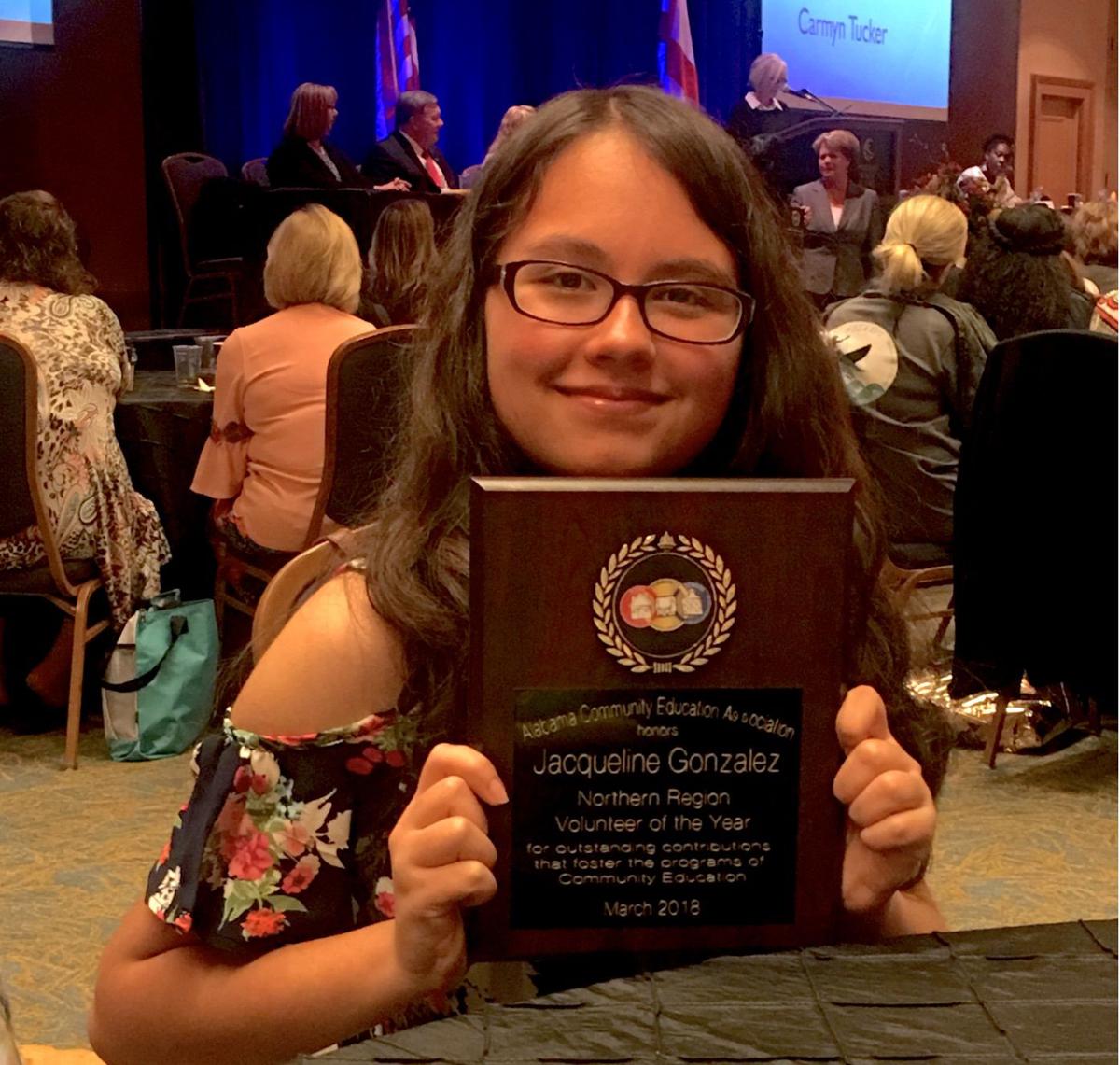 Jacqueline Gonzalez with her award at the state conference 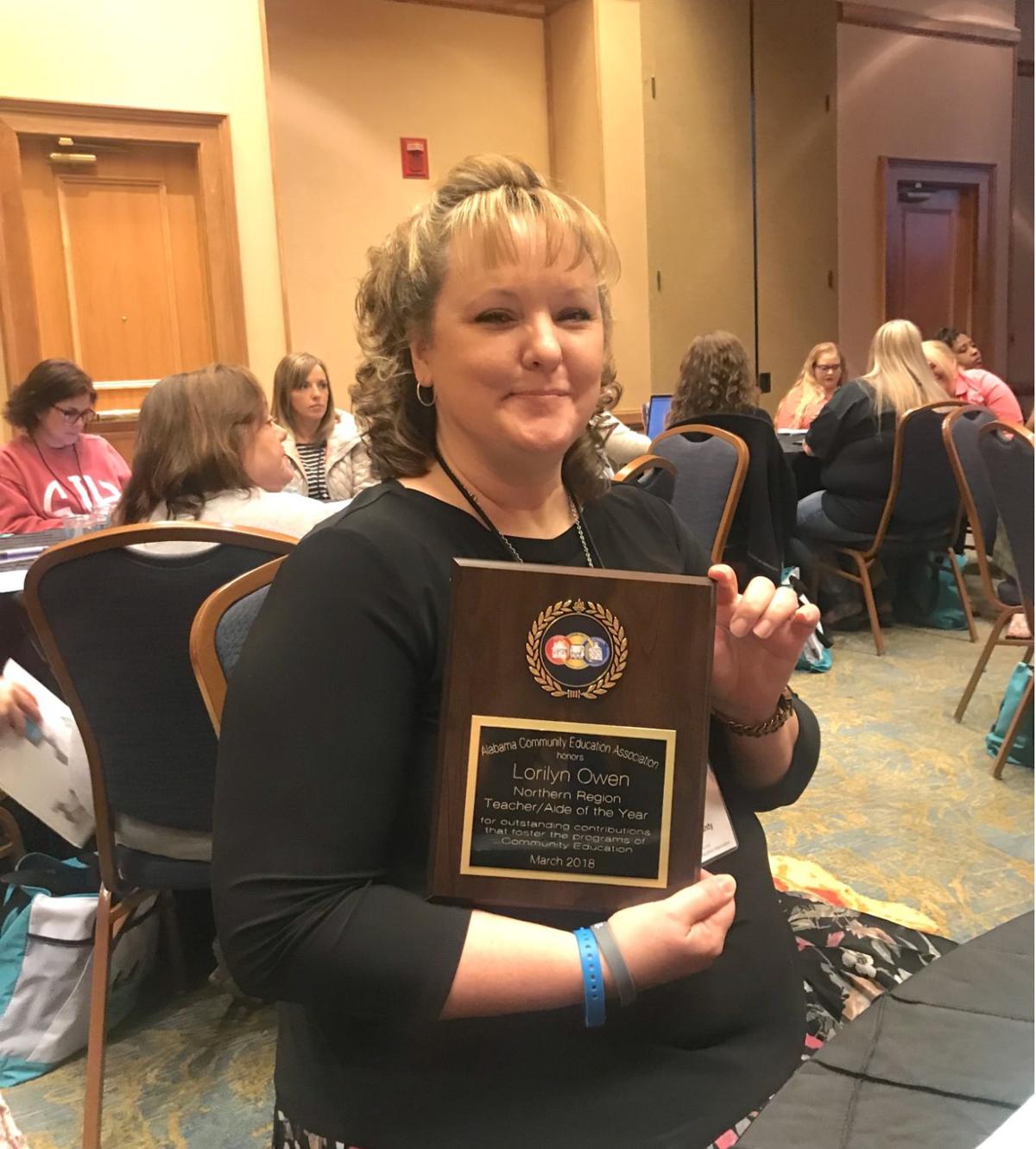 Lorilyn Owen with her award at state conference

Gonzalez, Owen, Clanton, and Mayfield  are pictured above with the DeKalb County Board of education

Jacqueline Gonzalez with her award at the state conference

Lorilyn Owen with her award at state conference

The program encourages healthy wellness and focuses on STEM learning–Science Technology Engineering and mathematics. Clanton said they have “dash and dot” robots where the students learn to write code; they also learn about art, music and health and wellness.

Students are also helped with their homework in the after-school program.

“This grant allows us to be able to make purchases that benefit the students at our school and offer them extra things, like, we have art and music in our program, which we don’t have at our school,” she said.

Clanton said 21st Century is a grant-funded program that lasts three years. Collinsville High School is currently in its second year of the funding, offering the program to students in kindergarten through eighth grade.

Clanton and her assistant director Lorilyn Owen wrote the grant for the program funding together with the support of Superintendent Dr. Jason Barnett, who was the Collinsville High School’s assistant principal at that time. She said at the time there were approximately 100 to 150 other applicants to compete with, and they had to be in the top 55.

She said currently there are seven teachers on staff for the program with 143 students registered, but the program sees about 80 students a day due to some students only going certain days of the week.

“Registration for this program is $10 and there is a tuition program, which is based on a sliding scale,” Clanton said. “So, if a student can’t afford a program, there are some scholarships available to help pay for the student.”

Jacqueline Gonzalez was a student who participated in the 21st Century program and is currently in ninth grade and wanted to contribute her time to assist with the program once she aged out.

Clanton said she contacted her assigned 21st Century technical advisor to see how Gonzalez could remain active within the program. The advisor suggested she be a volunteer to help with the program.

Gonzalez began volunteering; Clanton said she had Gonzalez in her third grade class at Collinsville, and she has been so happy to be given the opportunity to watch her grow in her class, in the program and now as a volunteer in the program.

She said her decision to nominate Gonzalez for the ACEA Northern Region Volunteer of the Year Award was an easy one.

Jason Mayfield, the DeKalb County federal programs director introduced Clanton and the two award winners to the DeKalb County Board of Education to recognize their hard work and the impact the program has on the school system.

Mayfield said he has known Owens and her passion for teaching over the years, and though he didn’t know Gonzalez until recently, he immediately understood Clanton’s decision to nominate both award winners.

He said Gonzalez is a ninth-grade straight-A student with perfect attendance, and her desire to spend her time supporting other students makes her more than deserving of this award.

Clanton expressed her appreciation for Owen and the support she has provided to the 21st Century program at Collinsville.

“She has outstanding ideas and resources,” Clanton said. “She spends her personal time researching new ways to make the program successful for students and seeking additional funding to expand the 21st Century program.”

Clanton explained they have begun a before-school program in addition to the after-school program. During this time, the program uses the CATCH kids club, which is organized to encourage healthy habits and nutrition. Clanton and her team added character education during to help build good character for 30 minutes, and they lead the students to the lunchroom for breakfast.

In addition, funding was found to provide transportation for the students in the after-school program to allow more students to attend.

Clanton said this is an important addition allowing students who may have families with limited transportation or whose parents or guardians work later to still attend the program and have a way home afterward.

Collinsville High School also expanded on the 21st program, providing a summer program. Clanton said this was a unique program as they had themed weeks throughout the summer, which was such a success that their technical adviser asked them to present at a conference.

Clanton said they are not the only school within the county who are a 21st Century Community Learning Center; Moon Lake and Crossville were awarded the grant the same year as Collinsville school was.

Clanton said Owen also was asked to present at the state conference on “how to use agricultural STEM in the classroom.”

Both Owen and Gonzalez, along with her mother, father and younger brother, were present at the state conference in Orange Beach to accept their awards. Clanton and 21st Century staff members Amy Thompson and Patsy Chambers were also present to support the 21st Century Community Learning Center of Collinsville.

Clanton said if they decide to apply for the grant next year they will need to pull together a supportive grant writing committee to help do so.

Rain early...then remaining cloudy with showers late. Low near 45F. Winds N at 5 to 10 mph. Chance of rain 70%. Rainfall near a quarter of an inch.

Rain early...then remaining cloudy with showers late. Low near 45F. Winds N at 5 to 10 mph. Chance of rain 70%. Rainfall near a quarter of an inch.

Some clouds early will give way to generally clear conditions overnight. Low 27F. Winds NNE at 5 to 10 mph.

Rain. Low 42F. Winds light and variable. Chance of rain 80%. Rainfall near a half an inch.