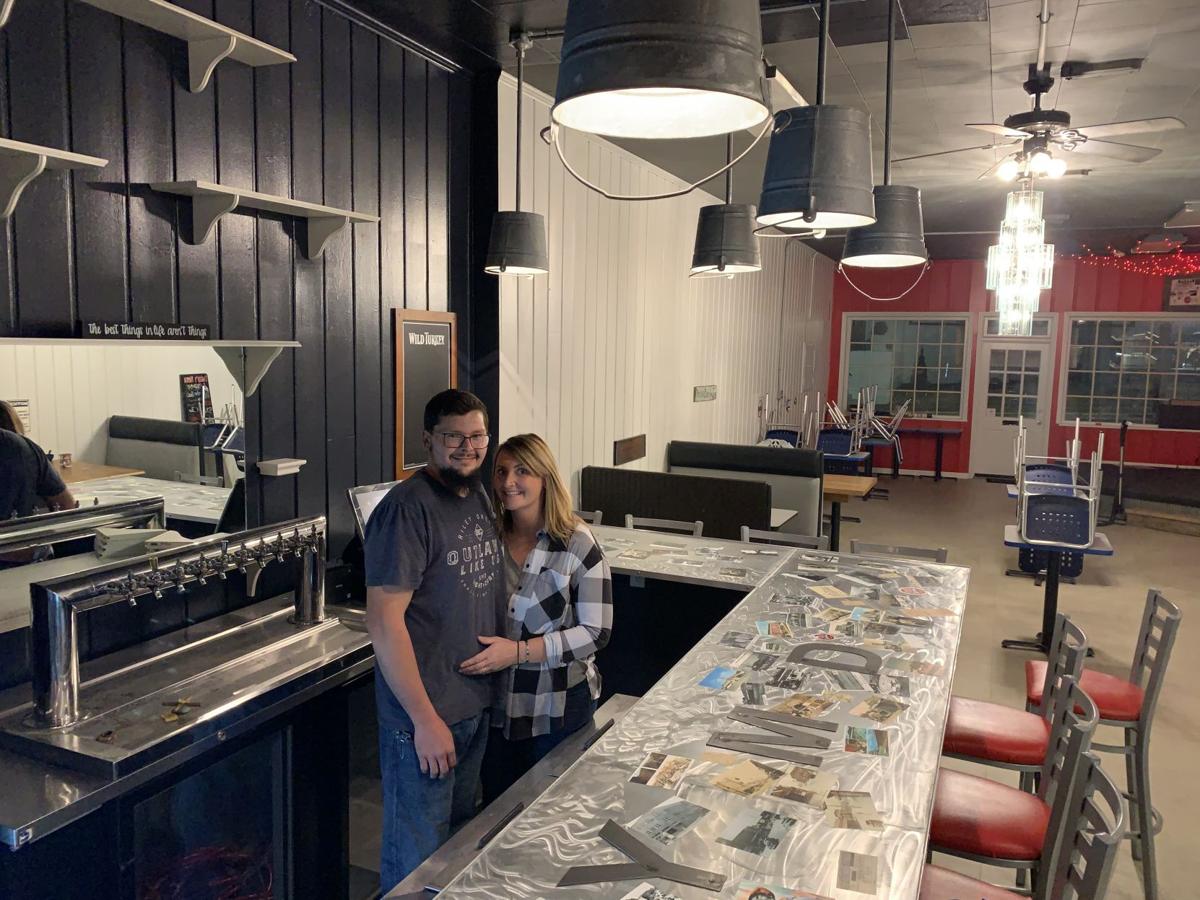 NYMD owners Jimmy Ballinger and Jessica Cardwell take a moment to reflect while working on their new restaurant and bar located at 203 Gault Avenue South in downtown Fort Payne. 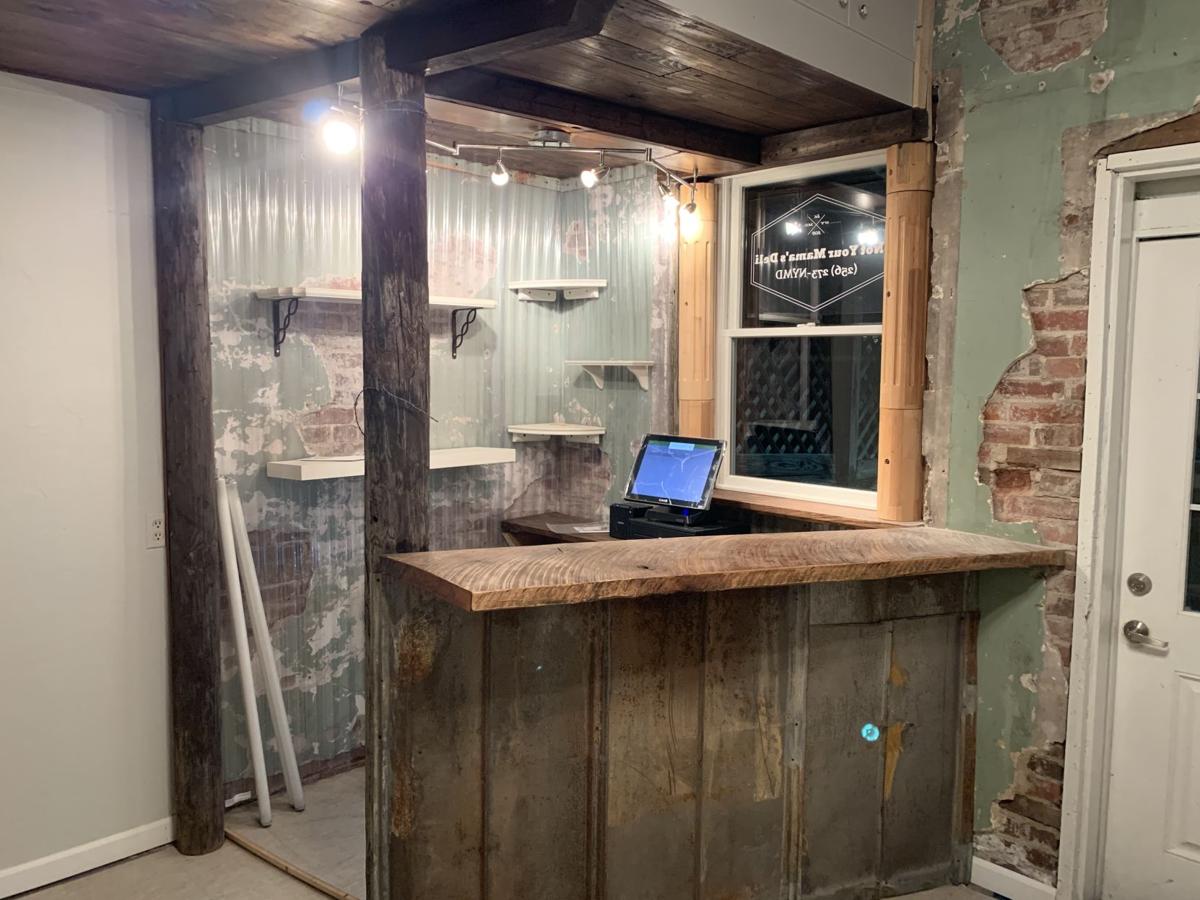 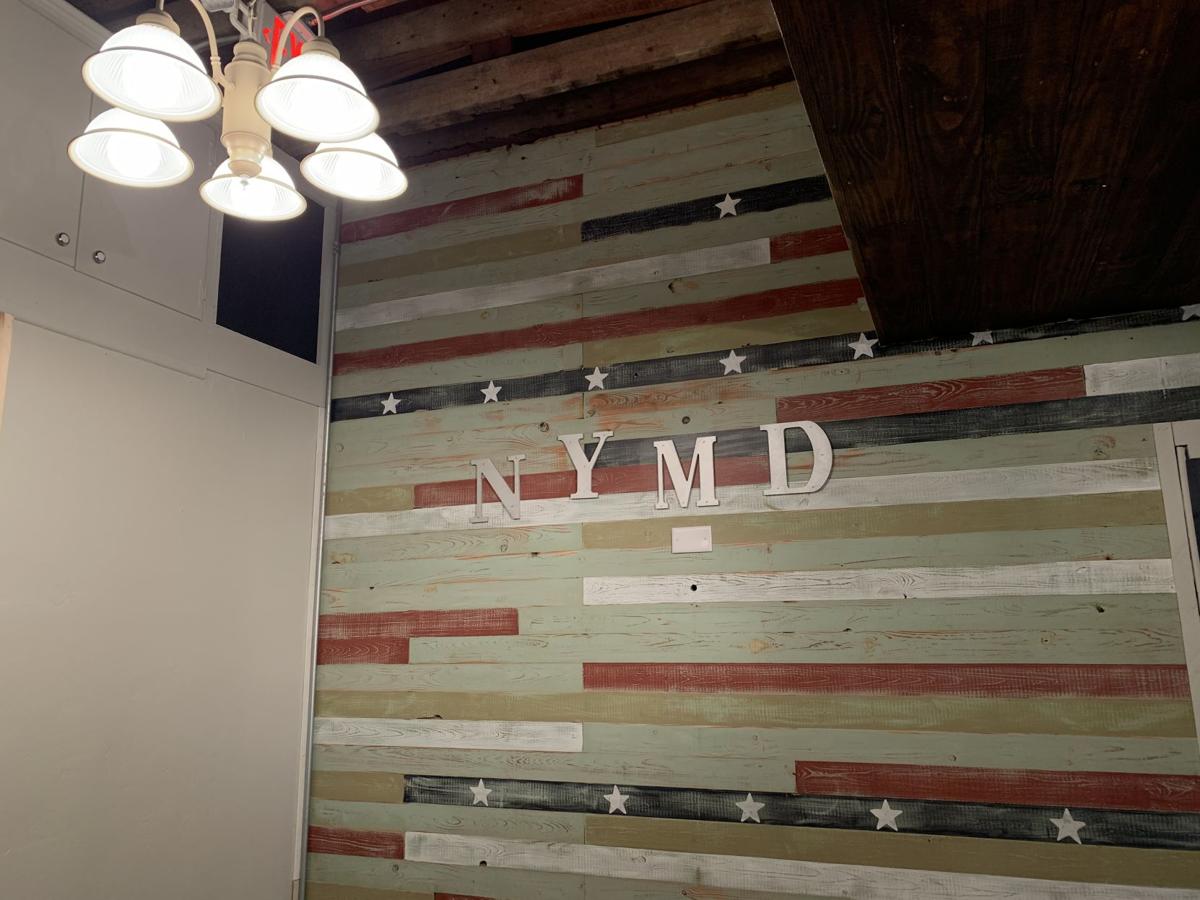 NYMD stands for "Not Your Momma's Deli," a reference to the Mainstreet Deli that closed on New Year's Eve 2016.

NYMD owners Jimmy Ballinger and Jessica Cardwell take a moment to reflect while working on their new restaurant and bar located at 203 Gault Avenue South in downtown Fort Payne.

NYMD stands for "Not Your Momma's Deli," a reference to the Mainstreet Deli that closed on New Year's Eve 2016.

Those who have fond memories of the popular downtown bar and grill Mainstreet Deli will get to reminisce as the building takes on new life to ring in 2020 as “NYMD” aka “Not Your Mama’s Deli.”

NYMD enters the hospitality market at roughly the same time as F.C. Weiss, another pub/eatery downtown that formally opens today at 11 a.m.

Like F.C. Weiss, renovations have been underway for months at NYMD. Cardwell said they are awaiting the arrival and installation of a specially-ordered vent from The Gas House.

“We’ve joked that we were in a race with [F.C. Weiss] to see which of us opened first,” Cardwell said.

Ballinger and Cardwell initially wanted to buy Mainstreet Deli from Silcox. Instead, they opted to create branding that acknowledged their predecessor while offering something uniquely their own. They want to respect the sentimentality that some feel about “the Deli” while aiming to create an even better experience.

They’ve made several physical changes to the building, including removing the front office to create a larger dance floor and stage. Bands will have more space than they did on the cramped platform of old, plus the alteration allows more light inside during the daytime.

Upon entering the back patio, guests will notice a new back-bar with a window to serve bottled beer to those smoking or socializing outside. The bathrooms are smaller, allowing for an easier flow than the awkward 90-degree angles that patrons previously had to navigate.

“There are differences, but once you walk down the hallway into the bar area, it feels just like you’re back at the Deli,” Ballinger said.

The bar area is now longer. Photos of Fort Payne moments as far back as the 1950s are shadowboxed inside the bar, much as planned at F.C. Weiss, so out-of-town guests and locals alike will enjoy a community hot spot vibe.

Cardwell brings eight years of experience managing a restaurant to the business, and they are drawing on inspiration from other places as well.

“We’ve taken ideas from bars and restaurants we’ve enjoyed in Chattanooga and Nashville,” she said.

Their head bartender will be Nikki Jones, formerly a bartender at Applebee’s Grill and Bar in Fort Payne.

“The people who are opening NYMD are the best folks and love Fort Payne,” Jones said. “The new deli is going to be down-home friends and family kind of place. Bartending has always been my job throughout my life, but the excitement I feel to work at NYMD is like starting a new career. Jimmy and Jessica are the best friends a girl could have, and I am blessed to get to be a part of this adventure.”

They want to offer an atmosphere of fun for those who like to hear live music on the weekend, yet NYMD is not just about that.

Ballinger said the menu will be fun and offer foods that people want but haven’t been able to easily get in the past.

“Hot and cold sandwiches, hot soups, pasta salads, homemade coleslaw, baked potato salad, side salad, meatloaf sandwiches are a few examples,” he said. Their homemade cheese sticks, available in multiple flavors including cheddar and pepper jack, are expected to be a big hit, pairing nicely with the 10 beers they’ll have on tap.

NYMD hopes to get involved in the community. Ballinger said he wants to join the Fort Payne Main Street organization and hopes to make another run for the Fort Payne City Council next year.

As soon as NYMD opens, locals and weary travelers alike will have a new option for music, refreshing beverages, and tasty eats served in a place that will feel comforting and familiar.

Scattered thunderstorms in the evening, then mainly cloudy overnight with thunderstorms likely. Low 69F. Winds SSE at 5 to 10 mph. Chance of rain 80%.