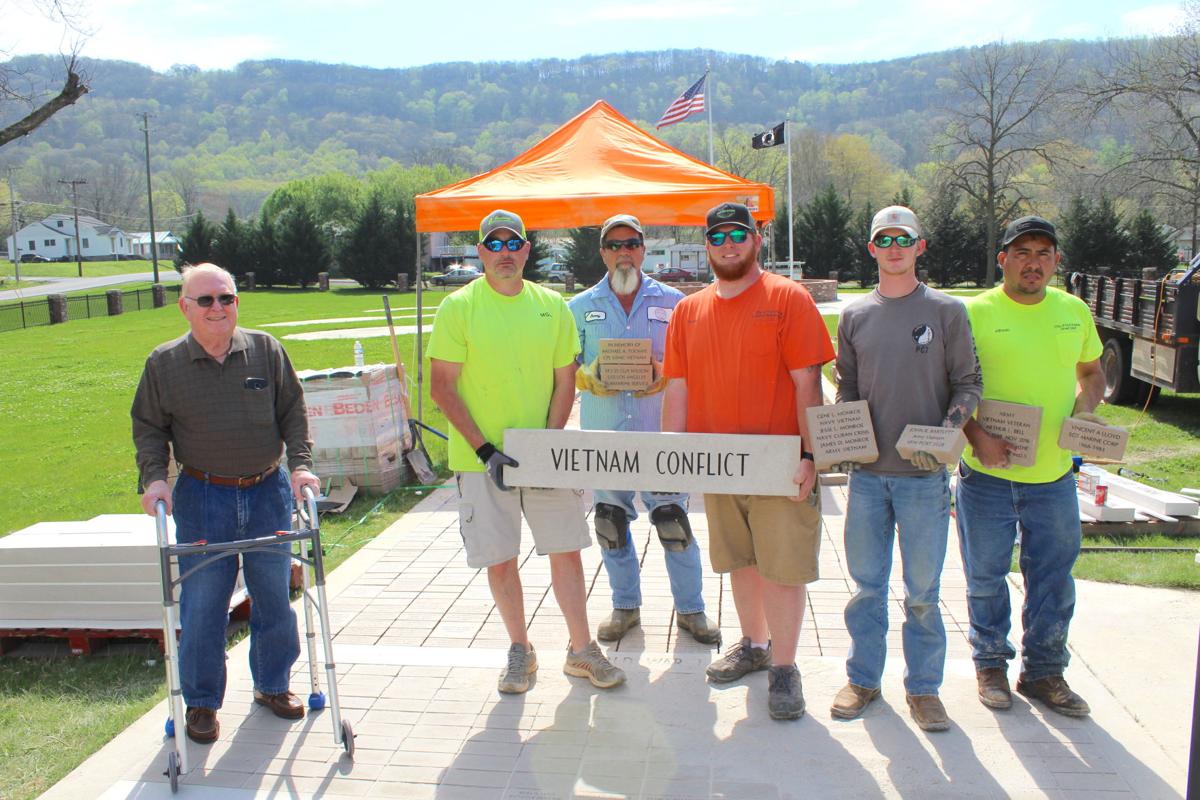 Top is Charles Stephens, Vietnam veteran, past VFW Alabama State Commander and president of the Patriots Memorial Park Committee for Fort Payne, with Jeff Wigley, Jimmy Barnard, Dustin Christopher, Justin Langston and Alfredo Gallegos hold up the Vietnam Conflict paver and some of the Vietnam bricks yet to be set. 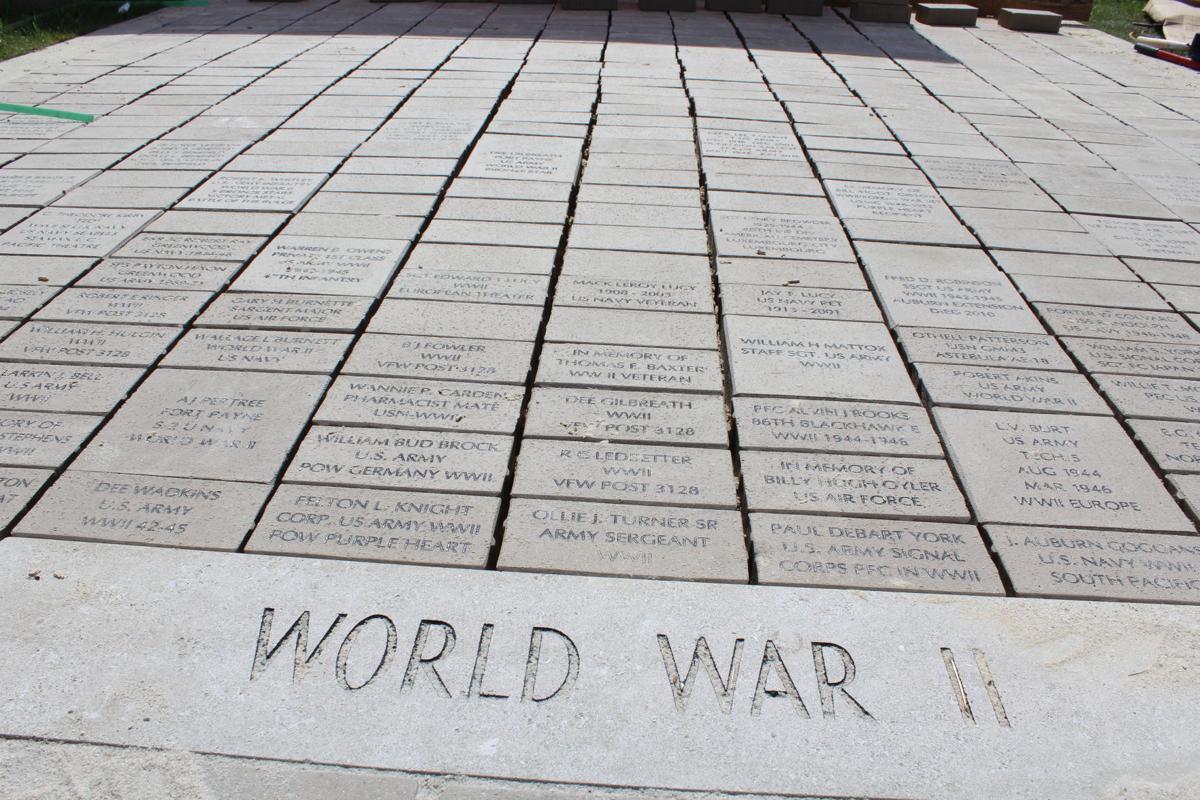 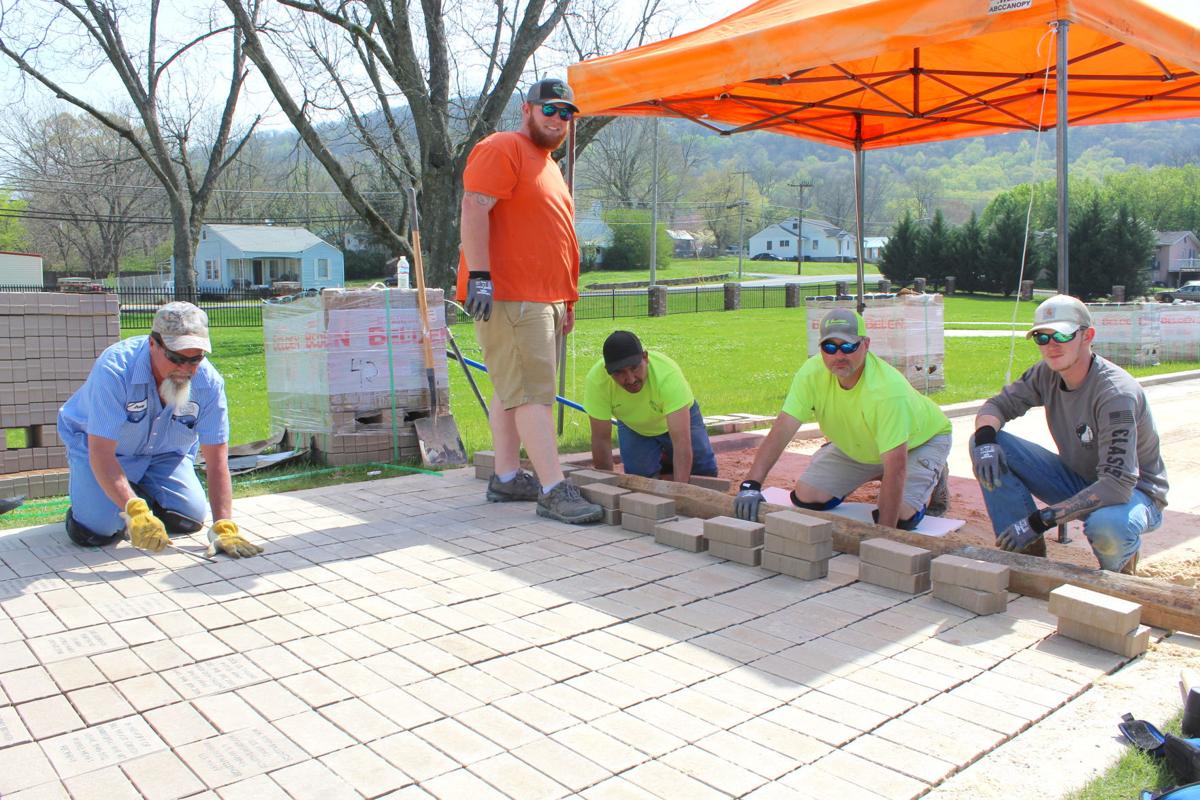 Top is Charles Stephens, Vietnam veteran, past VFW Alabama State Commander and president of the Patriots Memorial Park Committee for Fort Payne, with Jeff Wigley, Jimmy Barnard, Dustin Christopher, Justin Langston and Alfredo Gallegos hold up the Vietnam Conflict paver and some of the Vietnam bricks yet to be set.

Drier weather will allow the Patriots Memorial Park Board to install long-awaited brick pavers and benches inside the park, which sits on land adjacent the Rotary Pavilion at the corner of Godfrey Avenue and Fifth Street NE.

Charles Stephens, president of the park’s board, said the project started about six years ago and grew beyond an effort that could be handled by Veterans of Foreign Wars Post 3128 alone. He invited the public to visit the park over the summer to see the progress being made. He would like to see an event there on Memorial Day (May 25), if public health conditions permit such gatherings by then.

“This is the first stretch of dry enough weather we’ve had to make progress,” Stephens said. “It’s going to be a really nice park, truly wonderful.”

Each personalized brick will go to fund the Patriots Memorial Park. The smaller paver can contain up to the three lines of text and the larger pavers with six lines of type.

The biggest financial hurdle the project has faced is the purchase of seven large granite monuments representing each of the major conflicts the U.S. has fought in – World War I, World War II, the Korean War, Vietnam War, Desert Storm, Afghanistan/Iraq, and international conflicts - along with two monuments constructed to honor police and fire departments. There is an area with no military designation that clubs, families, individuals or other can purchase pavers to be placed.

The granite monuments are 10-feet tall, 4-feet wide and 1-foot deep. The names of local service members killed in action will be listed and an image capturing some iconic image of each conflict – such as doughboys for World War I, for example – will appear on the opposite side.

Stephens said the park board still needs to raise $150,000 to complete the memorial, which will stand as a solemn tribute to the men and women who made the ultimate sacrifice to preserve the American way of life. The nation’s warriors have not always received the appreciation they deserve when returning from battle, so he explained that a memorial park serves to correct that error and make sure their legacy endures beyond the current times.

Stephens said the Gerald Smith donated $25,000 to use for the park and three benches are coming in mid-May, with a total of nine benches on order. Stephens said different civic clubs in the community are contributing to the effort. The benches can be sponsored for $3,500 each.

The Fort Payne Garden Club will plant flowers once the park is ready for landscaping, and Stephens said the Fort Payne Parks and Recreation and Street departments will help with maintaining the appearance of the Patriots Memorial Park, including regular mowing.

Johnny Miller, agent for Woodmen Life insurance, donated flagpoles for the center of the park and is adding seven additional flagpoles representing the service branches, plus police and firefighters, according to Stephens.

Although it would be great if DeKalb County never lost another service member to an armed conflict, Stephens said the monuments in the park could be expanded if future military actions evolve into full-scale wars.

“We keep hoping the wars we finish will be the last one, but with the world being the way it is, that just doesn’t seem likely,” he said.

Whatever the future holds for the defenders of freedom, the Patriots Memorial Park will make sure their sacrifice is never forgotten.

To contribute to the fundraising effort, applications to purchase a paver can be found at the Fort Payne Post Office, the local VFW Hall at the county fairgrounds, in businesses across Fort Payne or at the DeKalb County Revenue Commissioner’s Office in Fort Payne (206 Grand Ave. SW.) or Rainsville (42 McCurdy Ave. S.). Contact the VFW at 256-845-5466 for more information.