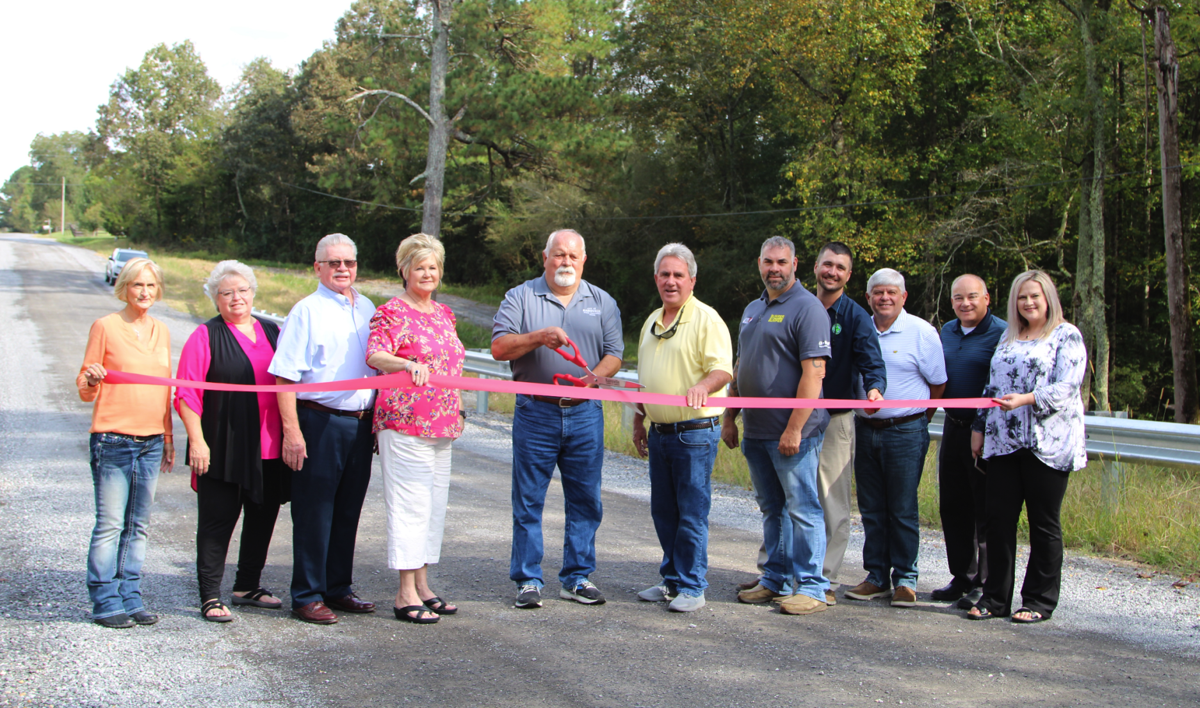 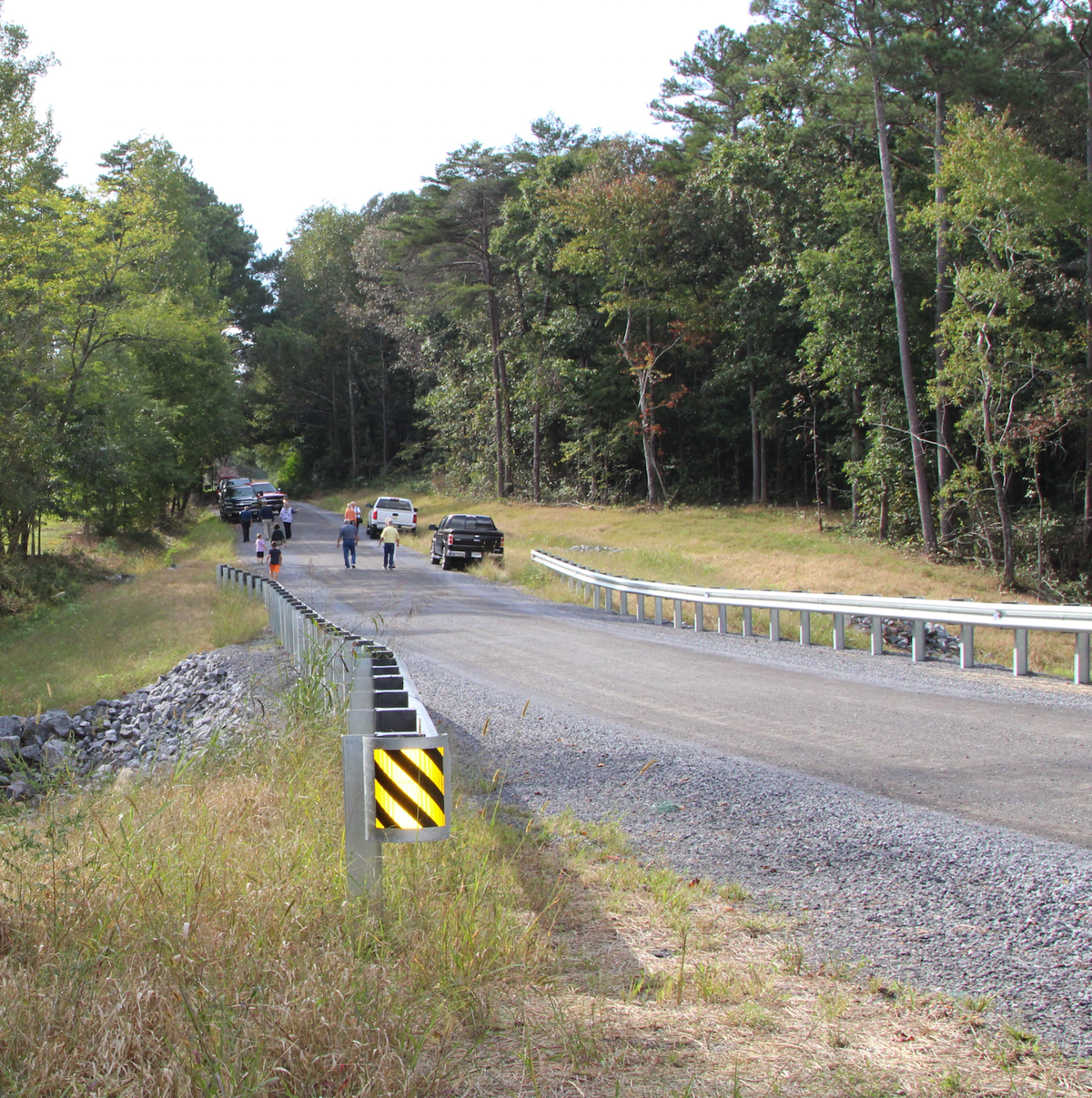 Rainsville City officials and the Rainsville Chamber of Commerce held a ribbon-cutting Monday evening at the site of the new Boozer Bridge.

Mayor Rodger Lingerfelt said the project began in 2012 as part of the Alabama Transportation Rehabilitation and Improvement Program (ATRIP) in conjunction with the Chavies Bridge project.

He credits Councilman Bejan Taheri and Carol Lee Forman, who began the grant paperwork that led to Rainsville securing the grant, originally intending it to fund both projects.

Lingerfelt said the "dragging out" of the Chavies Bridge project prompted an increase in project cost, doing away with the Boozer Bridge project.

“However, we decided to go back and look at a way of funding this and still do the project because the ATRIP funding was gone,” he said.

In Aug. 2019, the council designated its Alabama Gas Tax revenue toward the replacement of the decades-old bridge.

The bridge features 11.5 inch thick outer walls with 9.5-inch center walls between two barrels. The bottom and top are 13.5 inches thick and are reinforced with a little over 40,000 pounds of steel.

As previously stated by Adam Lea of Ladd Environmental, the structure itself is a modified version of the standard ALDOT double barrel culvert and is a 12X10 that they made into a 12x12.

Lingerfelt thanked the DeKalb County Commission, who in Oct. of 2017 approved a partnership with the city of Rainsville with the Boozer Bridge project.

Work began in late June of 2019 and during construction, it saw various delays due to multiple heavy rains in the area.

“It’s been a long time coming and I’d like to say thank you to all the people that live over here and had to put up with all the construction and the long-drawn-out time,” he said. “Thank you for being patient with us. This is just another project this council has finished.”

The newly opened bridge awaits paving, which is scheduled to begin in the upcoming weeks.

What is the status of the Chavies Bridge project?