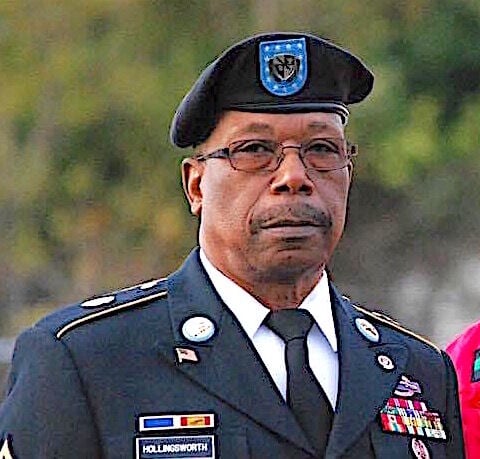 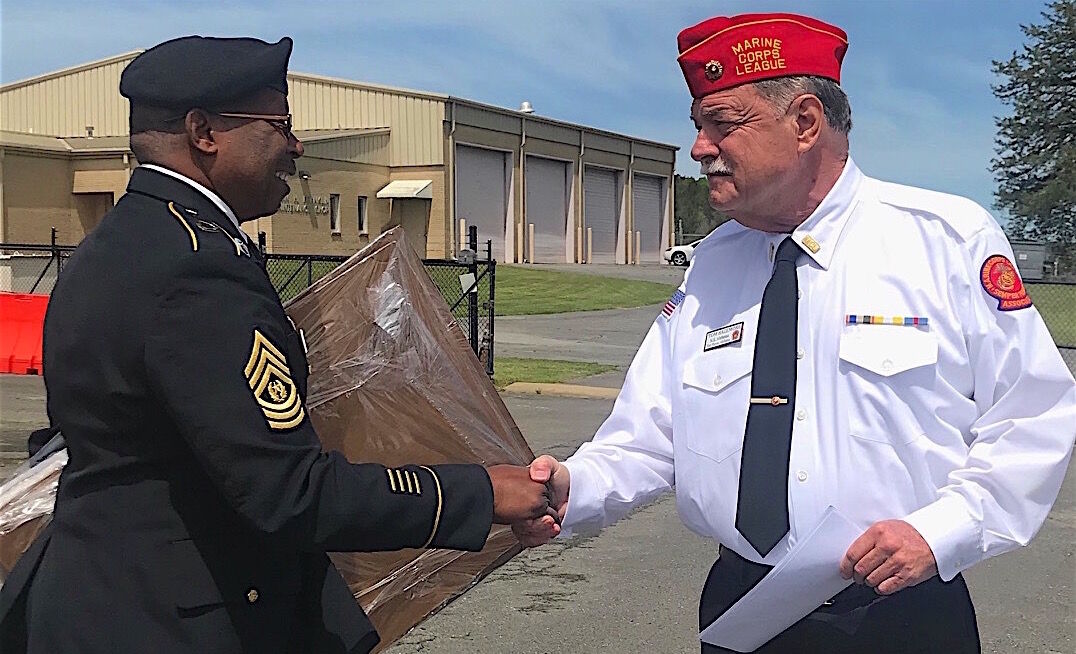 Fort Benning, GA holds special memories for Hollingsworth, who spent much of his stateside active duty there. The gift was presented by Bazemore on behalf of the N.E. Alabama Marine Corps League in Fort Payne, AL.

At his surprise retirement ceremony from 23 years of service with the FPHS JROTC, which he founded, Hollingsworth was presented the Key to the City of Fort Payne by City Councilman Gerald ‘Red’ Taylor.

Prior to founding the JROTC program, CSM Hollingsworth spent 24 years’ active duty in the U.S. Army, including 2 years in Vietnam in the 25th Infantry Division.

CSM Hollingsworth’s US Army commendations include:

Since retirement, CSM Hollingsworth has faithfully served in MCL Detachment 1404 as Chaplain; and as Fort Payne City Schools Volunteer Liaison for Marine Toys for Tots of DeKalb County, AL.

CSM Hollingsworth is a humble man and dislikes the limelight, but this recognition is overdue.

He has dedicated a lifetime to serving others with 24 years of exemplary military service, 23 years of shaping the lives of young JROTC Cadets and five years volunteering with Marine Toys for Tots of DeKalb County, making sure over 7,000 local children received a new toy for Christmas.

We at MCL Detachment 1404 wish to congratulate CSM Hollingsworth and salute him for his lifetime of distinguished military and community service.

A mix of clouds and sun in the morning followed by cloudy skies during the afternoon. High 79F. Winds SSW at 10 to 20 mph.