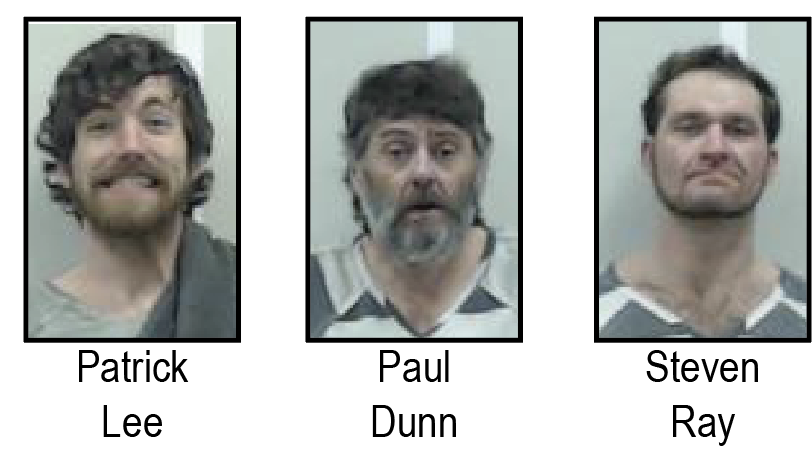 More than a dozen people have been arrested this week after another saturation by the sheriff’s office.

“We conducted another successful saturation operation last night in the Sylvania/Powell area,” Welden said on Friday. “We’re going to continue to these at random times and different locations within the county.”

There were two incidents Thursday involving subjects attempting to run from deputies and those involved were captured.

Barry Blake, 50, of Henagar, and Vicki Williams, 50, of Henagar, were arrested after Blake fled on foot during a traffic stop on County Road 576 near Buttram’s Crossroads. Blake was later located with assistance from the Sylvania Fire Department and is currently facing eight charges.

Jesse Buttram, 21, of Dutton, also led deputies on a chase beginning near Northeast Alabama Community College and ending near the Powell Crossing.

“We hope to make this county feel like a safe place for our law-abiding citizens, and not feel like a safe place for criminals,” Welden said. “I’d like to commend our deputies and Drug Task Force Agents for participating in this. I’d also like to thank all the other agencies who came out to help. Also, a big thank you to the Sylvania Fire Department for coming out and assisting us to find a subject who fled on foot. Their firefighters were essential in apprehending the suspect. As always, God bless.”

The following were arrested and charged in Thursday night’s saturation:

• Outstanding Warrant for Failure to Pay

• Arrested for an Outstanding Warrant for the Attalla Police Department

Considerable clouds early. Some decrease in clouds later in the day. High 53F. Winds NNW at 5 to 10 mph.

Some clouds early will give way to generally clear conditions overnight. Low near 25F. Winds light and variable.