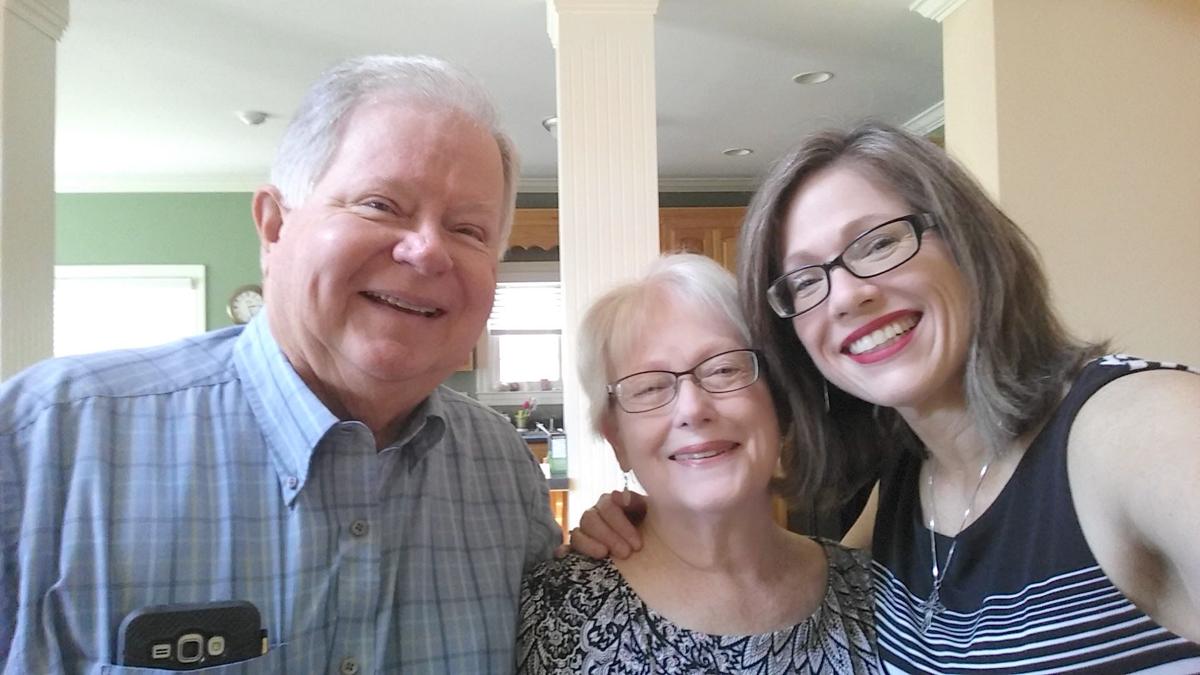 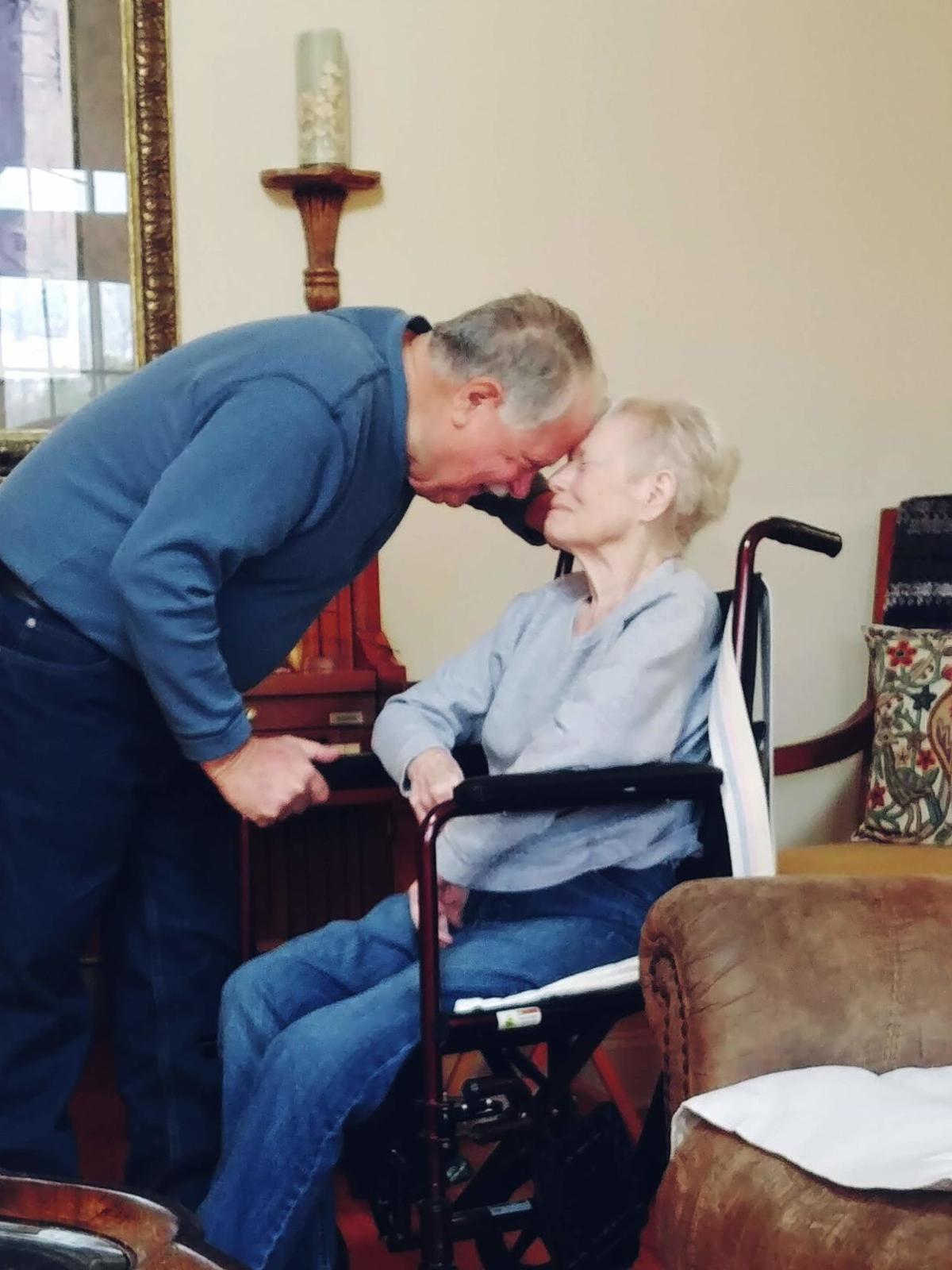 Right is Dough, husband and caretaker of wife Vyva, who is fighting Alzheimer's disease. 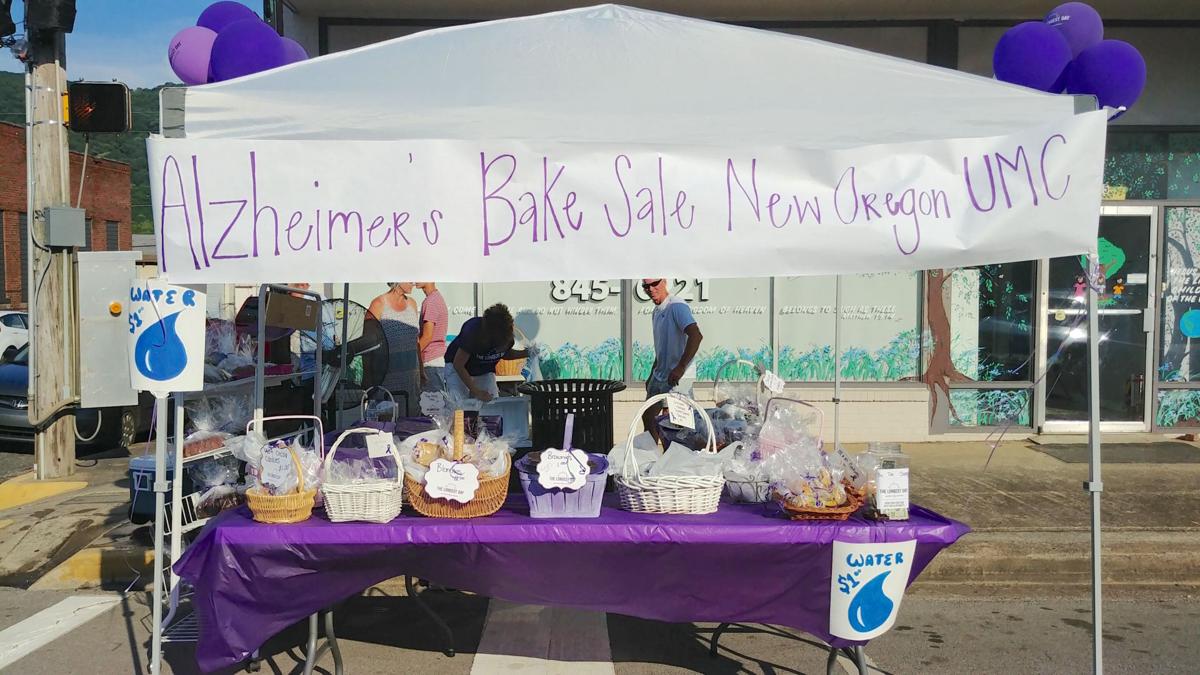 Right is Dough, husband and caretaker of wife Vyva, who is fighting Alzheimer's disease.

On June 20, residents across the world kicked off “The Longest Day” fundraiser to fight Alzeheimer’s darkness through various activities. It’s the day with the most light known as the summer solstice.

According to the Alzheimer’s Association, this annual fundraiser is used to advance critically needed research and awareness.

One of those advocates is Daphne Simpson, a licensed professional counselor who grew up in Huntsville but moved to Fort Payne after marrying 18 years ago.

Like many other advocates, Simpson uses her skills, creativity, passion and daily experience for raising critical funds and awareness for advanced Alzheimer’s Association care, support and research programs.

“My mom was a champion of all causes. She participated in prison ministry and was in studies for Alzheimer’s. It honors her memory for me to be active in what she did,” said Simpson.

The Alabama Chapter of Alzheimer’s Association stated that due to the COVID-19 crisis this year, many “The Longest Day” participants would support the event virtually through at-home and social-distance activities such as biking, hiking, playing bridge and knitting.

Advocating participants help shine a light on the more than five million Americans living with Alzheimer’s or other dementias and the more than 16 million family members and friends providing care and support.

During Simpson’s 20’s, her grandmother was diagnosed with Alzheimer’s and dementia.

“She went from living in an apartment by herself to not being able to find her car in a parking lot and having to call us for assistance,” she said.

Her grandmother eventually was moved to an assisted living facility and from there to a nursing home. However, lucky for her at the time, Simpson worked at the nursing home as a geriatric therapist and was able to see her daily until her passing.

“My mother, Vyva Hendrix, was a choral teacher in Huntsville for 30 years and an advocate for many things, she had my grandmother involved in a study at UAB and was also in a study herself,” said Simpson.

She recalls when her family noticed signs of the disease with her mother before 2011 when it became apparent something was wrong.

“That year, she could not recall events that had occurred the day before. Having Alzheimer’s was one of my mother’s biggest fears, and she didn’t talk about it a lot,” Simpson said.

Through her family's journey with the disease, Simpson’s father Doug Hendrix has been her mother's full-time caregiver with the support of Encompass Health Hospice Care.

Simpson said her mother is currently non-verbal, usually needs assistance with feeding, is non-ambulatory and does not recognize any of her family.

“Before COVID-19, I went over most weekends to talk to my dad and give him a small break since he is completely homebound as her caregiver,” she said. However, she hasn’t been able to hug her mother since late-March or early April.

The weekend drives to spend time with her parents have not been an option for her since the start of the pandemic.

“Hugs are all we have left. I am unable to help my dad the way I did before because I don’t want to be around them and potentially expose them to the virus,” said Simpson.

She said because of the circumstance, her father carries the majority of the responsibility of caring for her mother.

“My dad gets lonely. So we talk on the phone and through video chat but it’s not the same,” she said.

Simpson's father has been involved in an Alzheimer’s support group through the Alzheimer’s Association for several years and attended multiple seminars.

She said most recently, her father has stayed connected through “webinars” because he is homebound due to her mother's health.

“He’s a full-time caregiver at 77, and I can’t provide the same amount of support to my father in the form of relief,” said Simpson.

Four years ago, Simpson began raising money for the Alzheimer’s Association through The Longest Day Fundraiser, encouragement from friends and the help of her congregation.

“My church, New Oregon United Methodist Church makes a ton of baked goods and they help me packaged, set up and sell at the local Third Saturday Sunset Cruise-In in Fort Payne,” she said.

At their annual packaged fundraiser, the team would wear purple and set up to raise money and awareness for Alzheimer’s. However, this year the bake sale could not take place due to the global health crisis.

Simpson said she was at a loss regarding this year's fundraiser because of the coronavirus. She said thankfully, Ian Conerly, the senior pastor at her church, had the idea to do a “No Bake Cake Sale.”

Participants ask previous donors to donate the amount of money they would have spent at the bake sale or buying supplies for the bake sale.

“I really think we’re going to make what we made last year and I am really pleased with that,” said Simpson.

Simpson’s husband noticed that two boxes of cake mix would cost about $10, and if everyone donated that amount, they would raise more money this year than in the past years.

There are two goals Simpson said she looks forward to achieving via the fundraiser, one is to raise money for the organization and the other is to raise awareness.

“I really try and be transparent in my family’s journey. I think it’s important that people see the face of Alzheimer’s,” she said.

Simpson said at the start of the fundraiser she didn’t have a goal, but after raising $700 the first day, she decided to try and beat last year’s goal of $2,000.

“Every year we’ve made a little more than the year before. I am really happy with everyone coming together and giving this year and being even more generous,” she said.

Simpson said every donation feels like an affirmation to someone who is fighting this disease. She credits the Alzheimer’s Association for all of their support, education, research and advocating for the disease.

“No one should have to watch their loved one slip away like this. It is incredibly devastating and heartbreaking. To know that people are fighting for you is incredibly important,” she said.

The Alzheimer’s Association extended it’s “Longest Day” fundraiser due to the coronavirus and the difficulties with raising money virtually. As a result, Simpson’s “No Bake Cake Sale” fundraiser is still going on and people can still donate.

The Longest Day fundraiser will continue through mid-August. For more information or register, visit alz.org/thelongestday.

Clouds and some sun this morning with more clouds for this afternoon. A stray shower or thunderstorm is possible. High near 90F. Winds SE at 5 to 10 mph.

Partly to mostly cloudy with a slight chance of showers and thunderstorms late at night. Low near 70F. Winds light and variable. Chance of rain 30%.

Some clouds and possibly an isolated thunderstorm after midnight. Low around 70F. Winds light and variable. Chance of rain 30%.