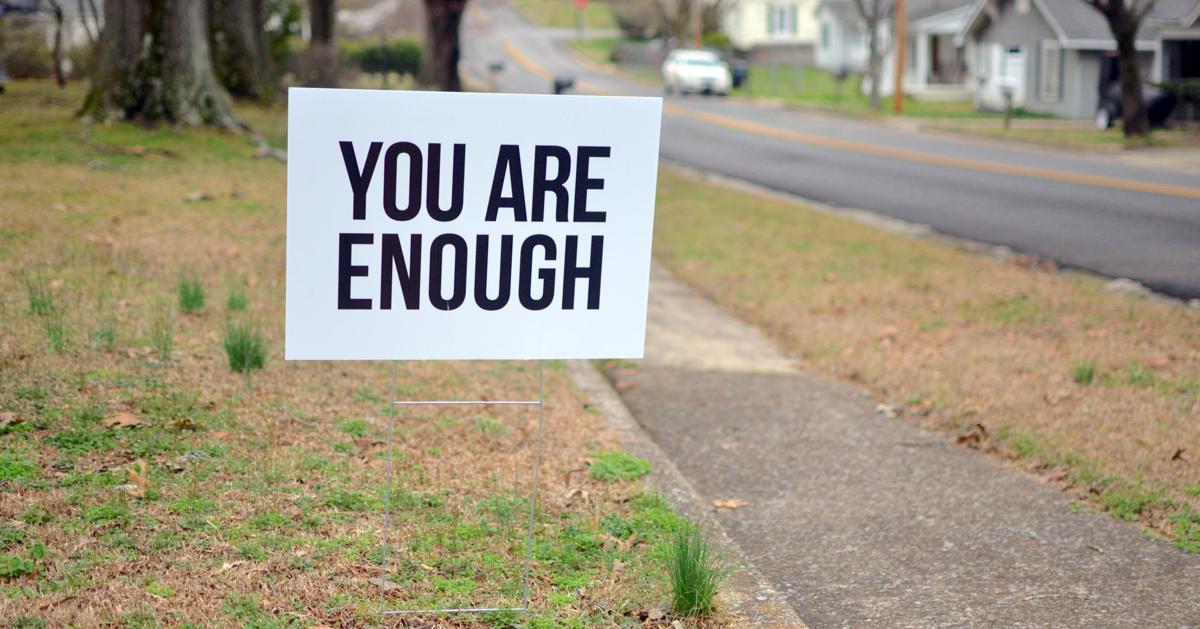 This sign on Alabama Avenue in Fort Payne offers words of encouragement to anyone who may feel discouraged. 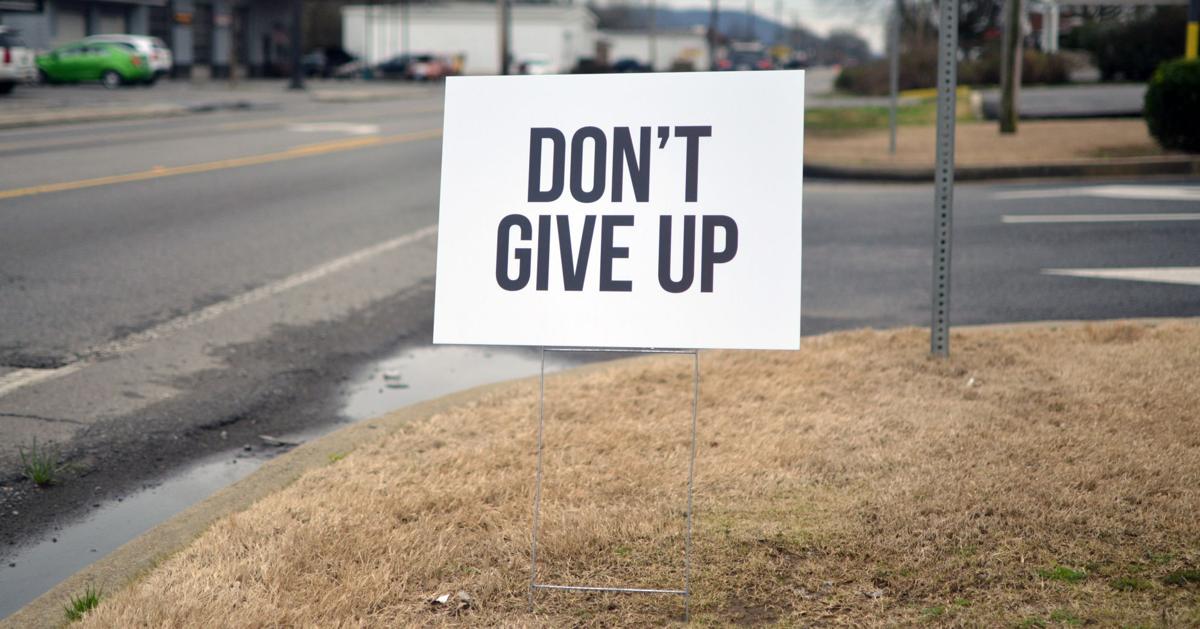 For those who feel at the end of their rope and ask God to give them a sign, there literally are now signs offering encouragement to keep trying and not lose hope. Organizers say the signs give people a sense that there is something they can do to fight suicides.

This sign on Alabama Avenue in Fort Payne offers words of encouragement to anyone who may feel discouraged.

For those who feel at the end of their rope and ask God to give them a sign, there literally are now signs offering encouragement to keep trying and not lose hope. Organizers say the signs give people a sense that there is something they can do to fight suicides.

“I alone cannot change the world, but I can cast a stone across the waters to create many ripples.”

Perhaps you’ve seen the signs around Fort Payne with encouraging messages like “You Got This,” “Don’t Give Up” and “You Are Worthy of Love.”

The simple black and white signs share messages of love, hope and positivity with the goal of reaching someone who needs encouragement. That was the aim of Loriah Goggans, the woman behind the empathy campaign.

“Our little community has seen and felt the impact of hopelessness and depression too many times, and it makes you think there’s got to be something we can do,” she said. “So I thought about church signs and the sign on the auto parts way communities view mental health and serve as a resource for those who have been affected by suicide.

Nicole Goggans said she saw on a friend’s shared Facebook post that similar signs were being put up around the Johns Creek, Roswell and Alpharetta area in Atlanta by a non-profit foundation out of Oregon operating the website dontgiveupsigns.com. The organization provides the signs at-cost.

“The founder translated all of her signs in Spanish, and I ordered 30 signs to pass out to our volunteers with The SAM Foundation. Once the signs were placed around the area, people began contacting me about having any more signs. Loriah Goggans called me and wanted to take over this project because we had already spent our budgeted money on signs. She is now ordering signs and asking that people pay $8 per sign to cover the costs. ”

When Nicole Goggans first ordered signs, her thought process was "you never know who might need to read this on their way to work, home, or school. I want people to know that they are not alone and if they are feeling blue, don’t give up! We are all in this together, and I want us to keep spreading the love!”

The signs have become so popular, a second batch has been ordered, she said. Future signs may include the three digit suicide hotline number as it becomes available.

Loriah Goggans encourages people to put the signs where they’ll be seen, but she asks that property owners give their permission first. If someone no longer wants to display a sign, they can return it to Foster’s Training or pass it on for someone else to display. The signs are free to take, but the $8 donations are appreciated.

The signs may soon appear in Rainsville, Scottsboro and Fyffe, she said, because some residents of those communities have seen the signs in Fort Payne and want to spread the positive message.

Loriah Goggans said she’s received Facebook messages from people saying the signs have lifted their spirits on days when they’ve felt down and provided comfort to a family affected by a relative’s suicide attempt.

“People want to do something to address suicide, but they don’t know what to do. This gives us a way to offer support. Let’s spread messages of love all over this town and then the county and maybe we will just cover the whole state. Or maybe we can touch just one person. And that’s worth it,” Loriah Goggans said.

Foster’s Training is located inside the old city recreation building just off Alabama Highway 35/Wallace Avenue. A new batch of signs are expected to be available for distribution by early next week.

Partly cloudy this morning, then becoming cloudy during the afternoon. High 71F. Winds NNW at 5 to 10 mph.