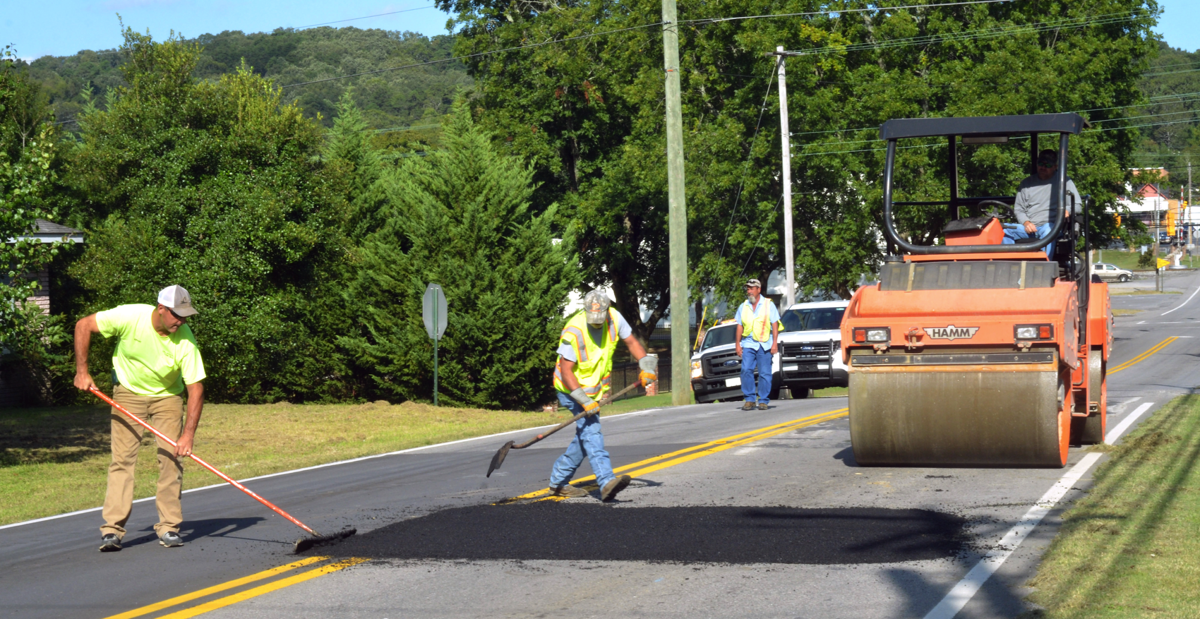 The Fort Payne Street Department repaves a section of Fifth Street N that was cut to make water line repairs, then sank after being patched. City leaders say they are looking for ways for city utilities to better work together. 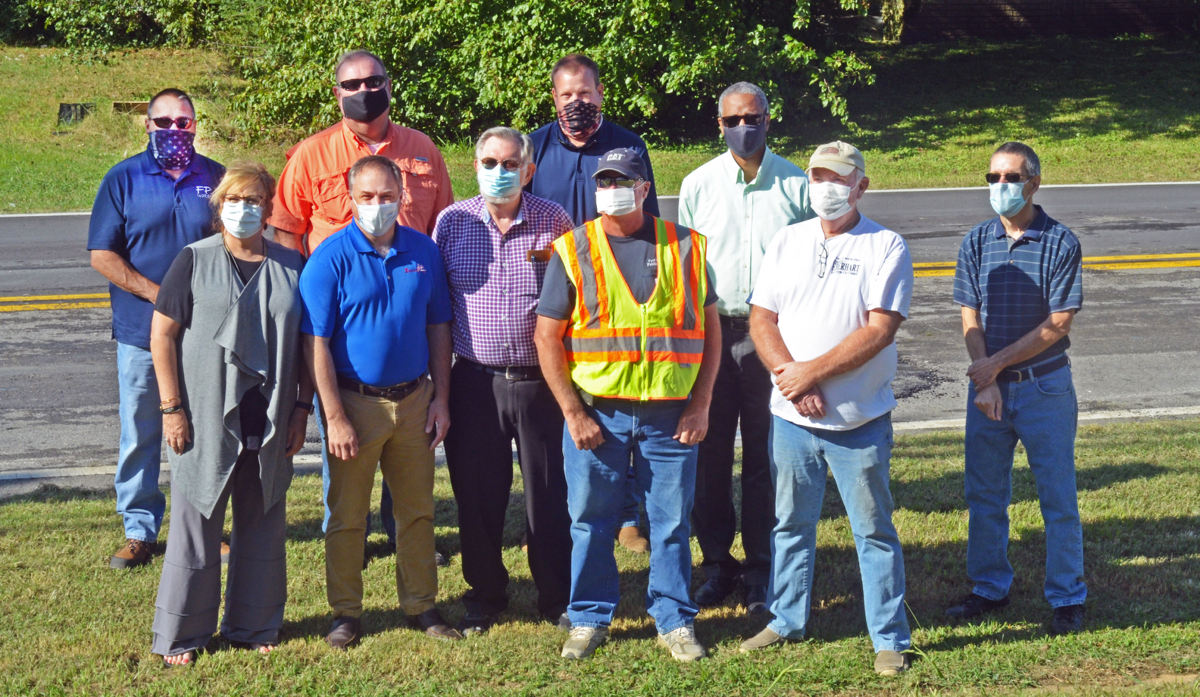 The Fort Payne Street Department repaves a section of Fifth Street N that was cut to make water line repairs, then sank after being patched. City leaders say they are looking for ways for city utilities to better work together.

On Monday, city officials and utility directors gathered roadside to watch as the Fort Payne Public Works Department repaved a patch of Alabama Highway 35 that had sunk after settling.

Homeowner Boyd Johnson, who called the city about the sunken patch of road, said the dip in the road has “been a problem for some time. It comes and goes. It’s very difficult to make [repaving] last longer to stay in place. I think [the utilities] are trying to learn to do a better job of that. It shows they are making an effort to repair the roads after underground utility repair, and maybe they’ll come up with methods that will allow the repairs to last longer.”

“We’ve had a cut here for a while, and it resettled a couple of times,” said Fort Payne Public Works Director Tim Williams. “Now that we think it has finished settling, we’ve come back and overlaid the whole cut. Hopefully, that’s going to smooth it out enough for it to not be as rough as it has been in the past. We work with the water department on a daily basis so if they have an issue we can help them with, we help them out. They help us out too. We try to work with everybody as much as we can.”

Fort Payne Water Works Executive Director Paul Nail said he appreciated the city’s assistance, adding, “We’ve fixed this [road] three times ourselves. The water department is just limited in what we can do.”

Mayor Larry Chesser said, “The purpose of us gathering today was to show the cooperation of the various departments of the city. We’ve got a very good relationship with the water company, the power company and the gas company – probably the best it’s ever been.”

Mayor-elect Brian Baine said, “It’s good that the city and the utility departments can work together on projects like this.”

Council Member Wade Hill said he was glad to “be a part of a group that works well together. We try to do what’s best for the entire city, and it’s nice to be able to work with all of the utilities.”

Hill, who serves as a water works board member, said there are advantages to having city officials serving on utility boards. “I was on the water board before I was elected to the city council, and being on [both] has led to several joint ventures that have saved both of us money in the long run. We have the same situation on the [DeKalb-Cherokee Gas District Board of Directors], that’s been the standard norm for years. [Directors from Fort Payne, Collinsville and Centre] all work together to bring money back to their respective communities, so it’s beneficial to everybody.”

Incoming Council member Walter Watson said the city is “working with our utilities to keep our road systems fluid and better. We are noticing that as we do the work, areas are sinking, and we don’t have a plan to come back and revisit it in a year or two years. I don’t want to just leave [the uneven pavement] like that. We have come together to see how we can fix this more affordably and make it last until the state comes back to repave it. We hope to work with citizens going forward to try to come up with solutions for problems like this.”

Council member Lynn Brewer said, “We continue to work together as a team with the utilities. We like to be able to do that and show that we can get a lot of things done together.”

Council member Johnny Eberhart, who serves as president of the DC Gas board serving alongside Brewer and Baine, said collaboration becomes essential because “we’ve got an old infrastructure with occasional leaks so water cuts happen. It’s hard to smooth out a patch real good. You have to do it over a period of time. I think this shows the water company and the city are working together. We’re trying to get to where we know what’s going on with each other.”