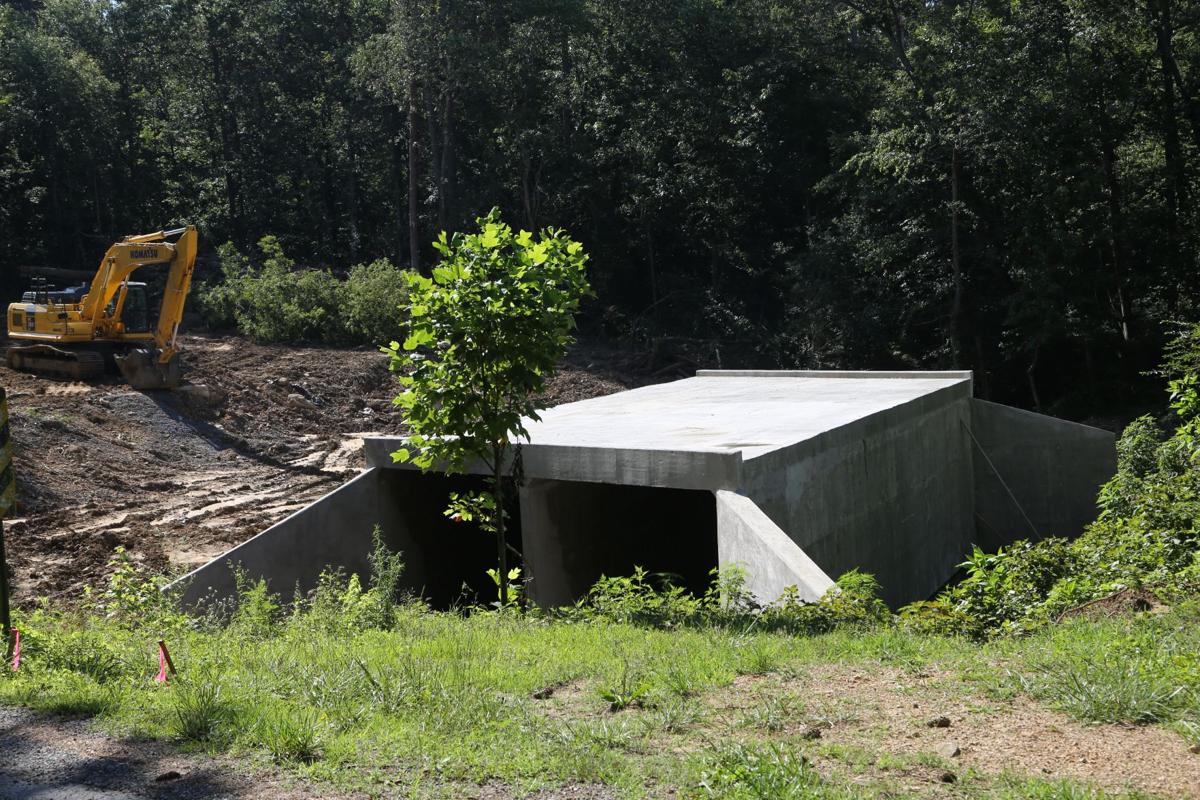 Pictured above is the construction site of the new Boozer Bridge located on County Road 584 in Rainsville. 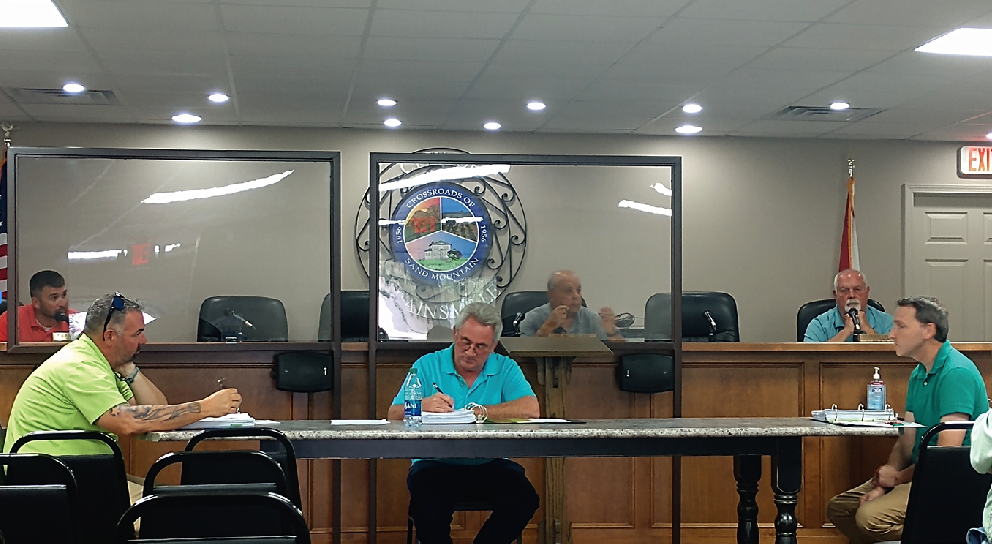 Pictured is the Rainsville City Council during Monday night’s meeting. 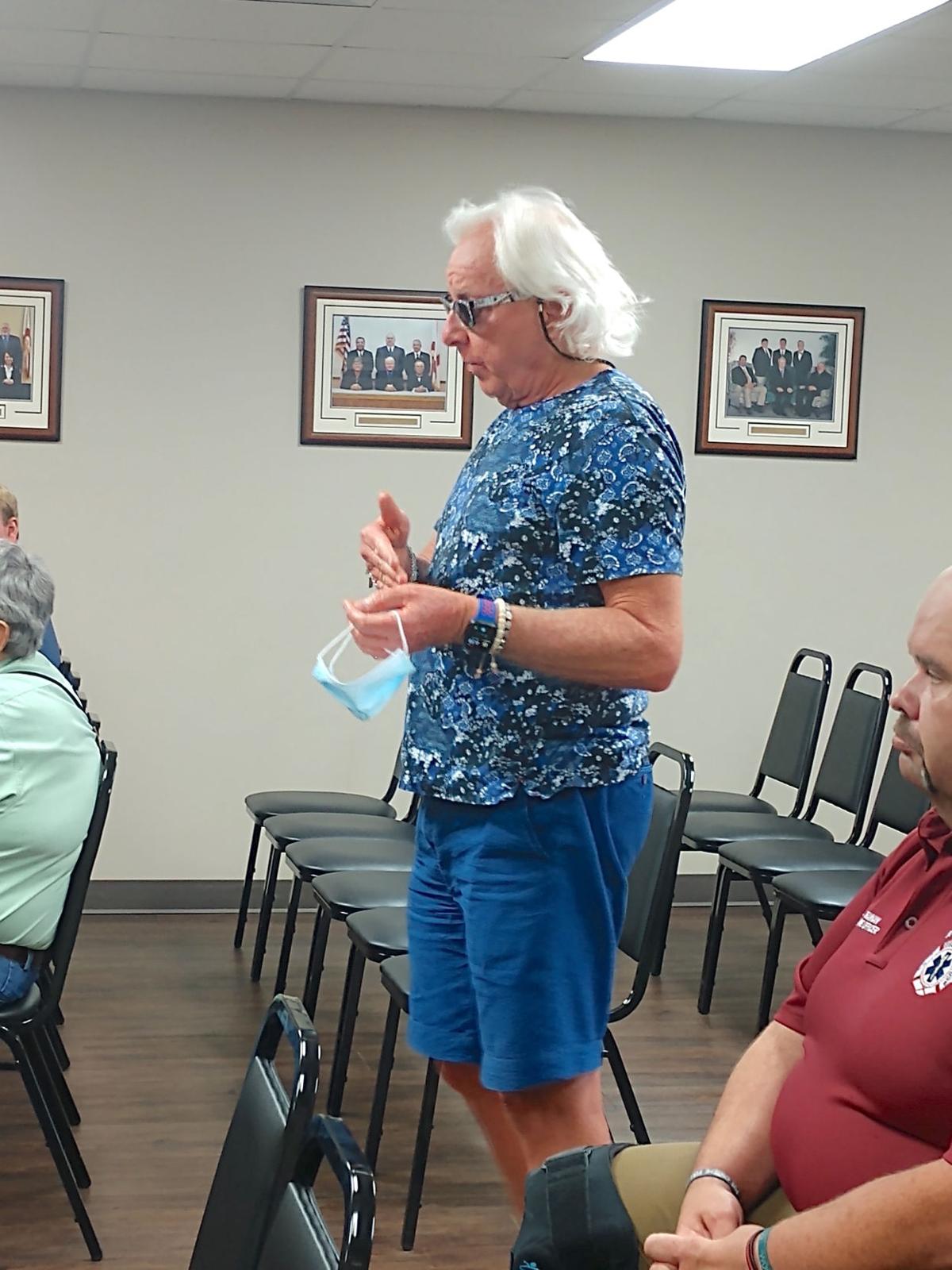 Pictured is Freedom Run Director and Rainsville resident  Jerry Clifton who addressed the council on Monday regarding the upcoming Crazies Marathon Challenge on November 14, 2020.

Pictured above is the construction site of the new Boozer Bridge located on County Road 584 in Rainsville.

Pictured is the Rainsville City Council during Monday night’s meeting.

Pictured is Freedom Run Director and Rainsville resident  Jerry Clifton who addressed the council on Monday regarding the upcoming Crazies Marathon Challenge on November 14, 2020.

The Rainsville City Council heard an update from Adam Lea of Ladd Environmental on the Booze Bridge project during Monday night’s work session.

In August of 2019, the council designated its Alabama Gas Tax revenue toward the replacement of the bridge on County Road 584.

Mayor Rodger Lingerfelt said the Boozer Bridge (culvert) that overpasses Caney Creek in Rainsville had been a topic of discussion since 2012.

In recent months it has been undergoing construction, which was hindered earlier this year due to the amount of rain the area received.

Lea said the contractors have completed the bridge culvert and have mostly finished up beside a small amount of cleaning that’s left to be done.

“They have the actual structure finished and should be getting the last 28-day break here pretty soon on the top pour,” he said.

He said after the top pour is completed, the county will come in to build the rest of the road.

“They want to make sure the concrete gets its strength before they start,” said Lea.

Lingerfelt said some people were concerned the structure wasn’t strong enough, but after visiting the site and talking to the contractors about the concrete thickness while looking at the walls, he said, “it seems pretty strong.”

Lea said the outside walls are 11.5 inches thick, and the center wall between the two barrels is 9.5 inches.

Lea said the structure itself is just a modified version of the standard ADOT double barrel culvert and is a 12x10 that they made into a 12x12.

Councilman Ricky Byrum asked if any of the onsite material would be available for further use. Lea said, “no,” most of the material that was dug up was sediment rock, and it’s not what you want to use to build a roadway out of.

“We talked to [DeKalb County Road Department Superintendent] Tom Broyles, just to make sure there wasn’t any of it he wanted to use and he said no,” said Lea.

Lingerfelt said after June 28, the building of the road structure was able to begin. However, the county is dealing with flood and rain damages.

“The way I understood from the county it would be the middle of July to the last of July before they actually get started on the roadbed,” he said.

After that work is completed, the guardrails would be the next item to work on.

Lingerfelt said the city of Rainsville is paying for the guardrails, cement and asphalt, and the county will do the roadwork and the rock back over the top of it.

“After that settles, then we will come back and pave that road,” said Lingerfelt.

Councilman Bejan Taheri asked if they planned to pave it that road this year, to which Lingerfelt said it would depend on how everything went.

The council also heard updates from the following departments and councilmen:

Lingerfelt announced qualifying elections began July 6, starting at 8 a.m. and would run through July 21 at 5 p.m.

Lingerfelt also announced DeKalb Urgent Care & Wellness Clinic, LLC is having their open house and ribbon cutting on July 12, 2020, from 2 p.m. to 4 p.m.

Councilman Derek Rosson reminded and encouraged the public to complete their 2020 Census, which takes only about six minutes and affects how federal funding flows into states and communities each year.

Councilman Brandon Freeman expressed his thanks to Rainsville Chamber of Commerce Executive Director Sandy Goff and members of the chamber for their work with Rainsville’s 2020 Freedom Fest on June 27.

He said the chamber did an outstanding job and the event went as well as it could have despite the weather conditions.

He said the challenge would be a three-stage event, one that involves running from Rainsville down the mountain along Highway 35 almost to Fort Payne and back three times for 26.2 miles.

– Editor’s note: Look for more information in an upcoming edition of the Times-Journal.

• approved the purchase of a new 5x10 sign at the Rainsville Field of Dreams Sports Complex and the Northeast Alabama Agri-Business Center for Metal Market at $3,580.00.

• approved Boozer and Son Construction L.L.C quote at $11,790 for the concrete flume work on Church Ave beside McDonald’s.

• approved to hire Tyler Ledford as part-time maintenance for the shop at $11.43 an hour.

82°
Thunder in the Vicinity

Scattered thunderstorms in the morning becoming more widespread in the afternoon. High 84F. Winds SSW at 5 to 10 mph. Chance of rain 80%.

Thunderstorms likely in the evening. Then a chance of scattered thunderstorms later on. Low near 70F. Winds light and variable. Chance of rain 80%.