Victoria and Joseph Nunen tell their story in their Fort Payne apartment where they recently relocated. 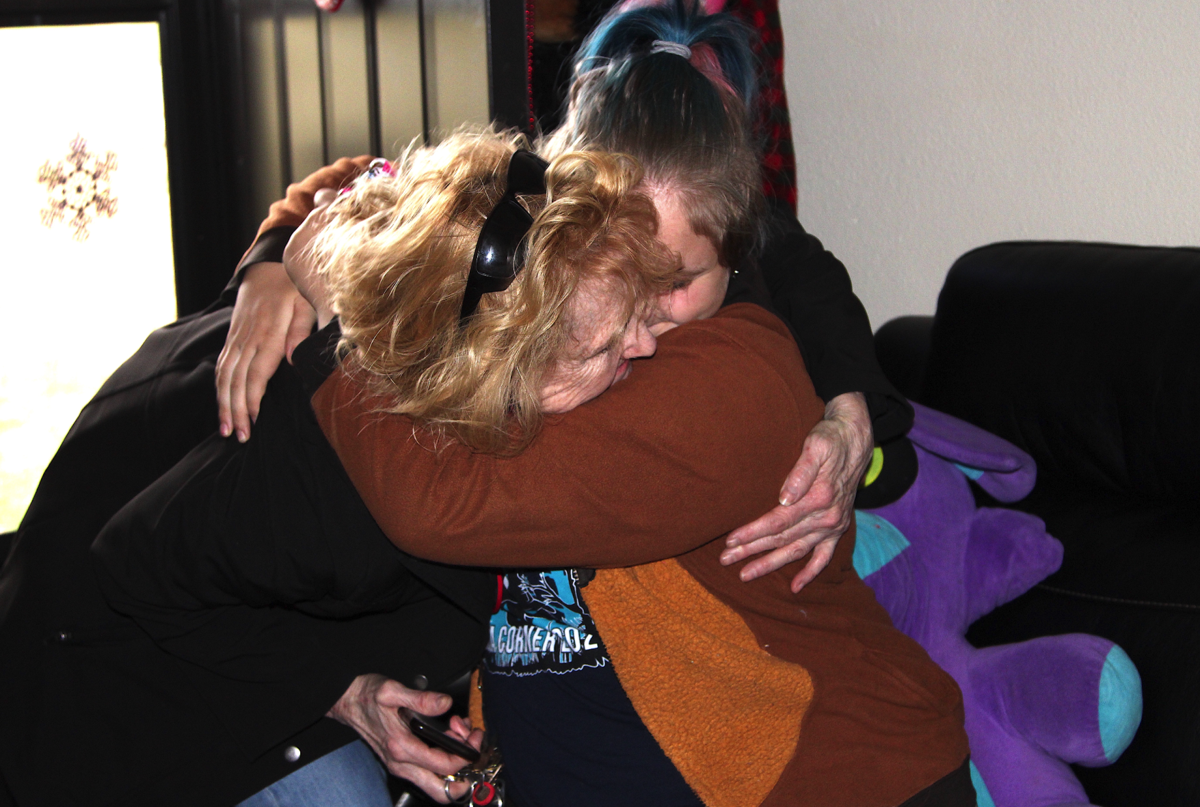 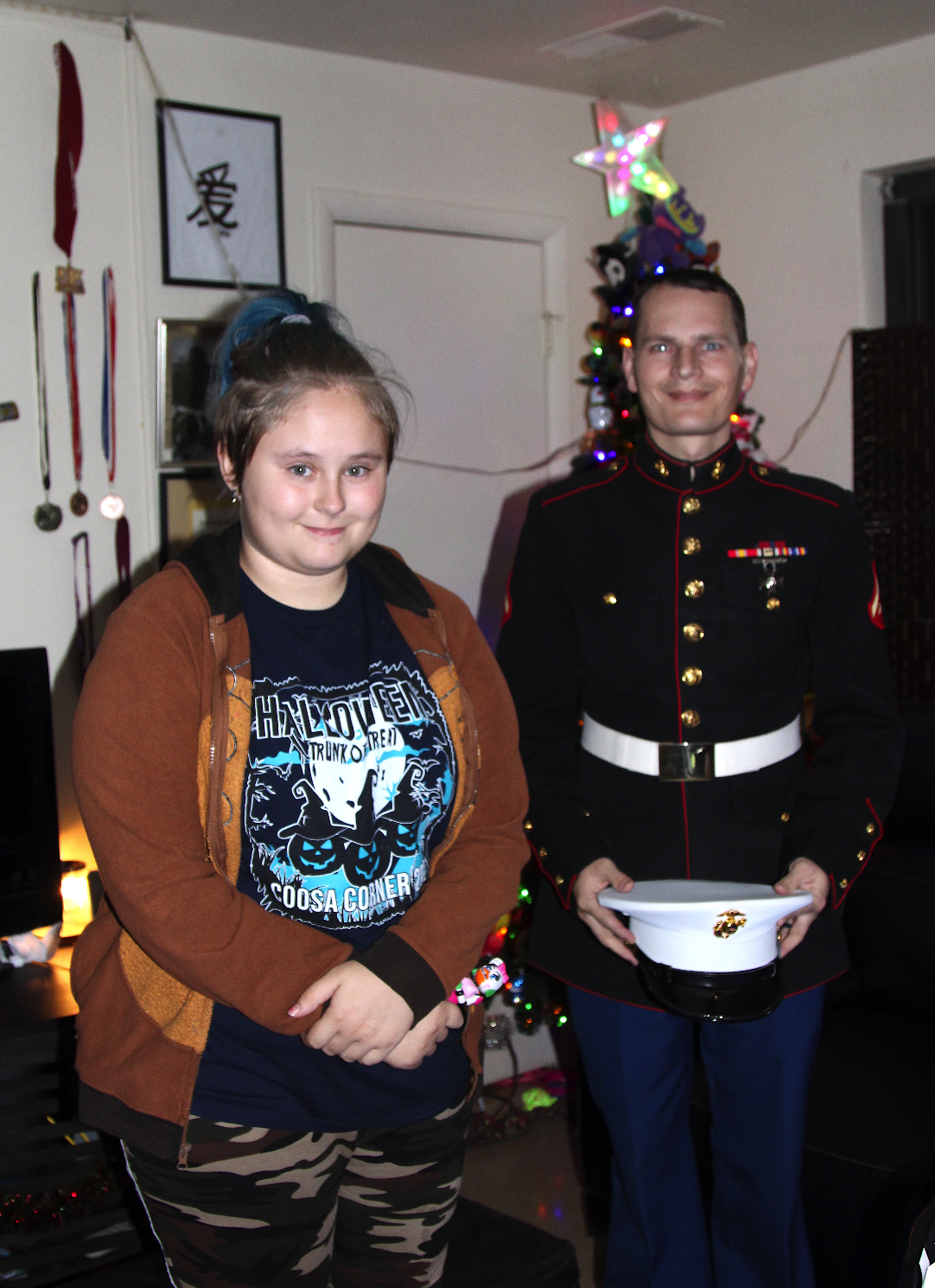 Victoria said she was very excited to meet Marine and Co-coordinator Landon Fant.

Victoria and Joseph Nunen tell their story in their Fort Payne apartment where they recently relocated.

Victoria said she was very excited to meet Marine and Co-coordinator Landon Fant.

The Marine Toys for Tots of DeKalb County recently wrapped up its 2021 season, serving 1,459 local children.

Due to the lack of resources, one family couldn't attend the distribution event to pick up the donated gifts. However, Coordinator LaRue Hardinger and Co-Coordinator Landon Fant paid a special visit to the Nunen family in Fort Payne.

Joseph and granddaughter Victoria Nunen recently moved to DeKalb County from North Carolina in search of a safer and more peaceful environment.

Their relocation came with a slew of hurdles the pair continues to work through.

"I am 64 years old and retired," said Joseph. "We've had nothing but bad luck since we moved here. To give you an idea, my social security and food stamps were deducted."

According to Joseph, although he's been a constant figure in Victoria's life, he became her sole caretaker after the death of his son, her father.

This year, the duo has faced many obstacles as they adjust to their new life. Joseph said he tries to keep a positive attitude.

"I got kinda desperate after, and a neighbor suggested going to the food stamps office and inquiring about help," he said. "I applied for Toys for Tots but thought she wouldn't get it because she's 16-years old, although she is a special needs child."

However, she was approved and days before Christmas, the duo received a special delivery from Marine and Co-Coordinator Landon Fant, who hand-delivered Victoria's Christmas gifts to their front door.

An excited Victoria greeted Fant. She later revealed her appreciation of the United States Marine Corps and thanked Marine Toys for Tots of DeKalb County for her gifts.

Joseph said, in her short life, Victoria has overcome many battles. He describes her as a selfless animal lover with a big heart.

"Although it's been a struggle for us here, we love the country and the people here are so much friendlier," he said.

Joseph recalls a neighbor inviting them over to dinner. The gesture left him in shock. He said in their old neighborhood that wasn't something that ever happened.

"I am illiterate and have no car, but I've applied to jobs within walking distance since I've been here," he said. "I haven't gotten anywhere."

Currently residing at the Fort Payne Housing Authority, Joseph and Victoria continue to adjust to life in DeKalb County, striving to overcome their hardships.

"I thank God we have a place to live and I feel safer here than I did at my other place," said Joseph. "God bless the Toys for Tots for helping us."

Joseph said he is open to employment opportunities and aid of any kind and may be reached at 980-425-4553.