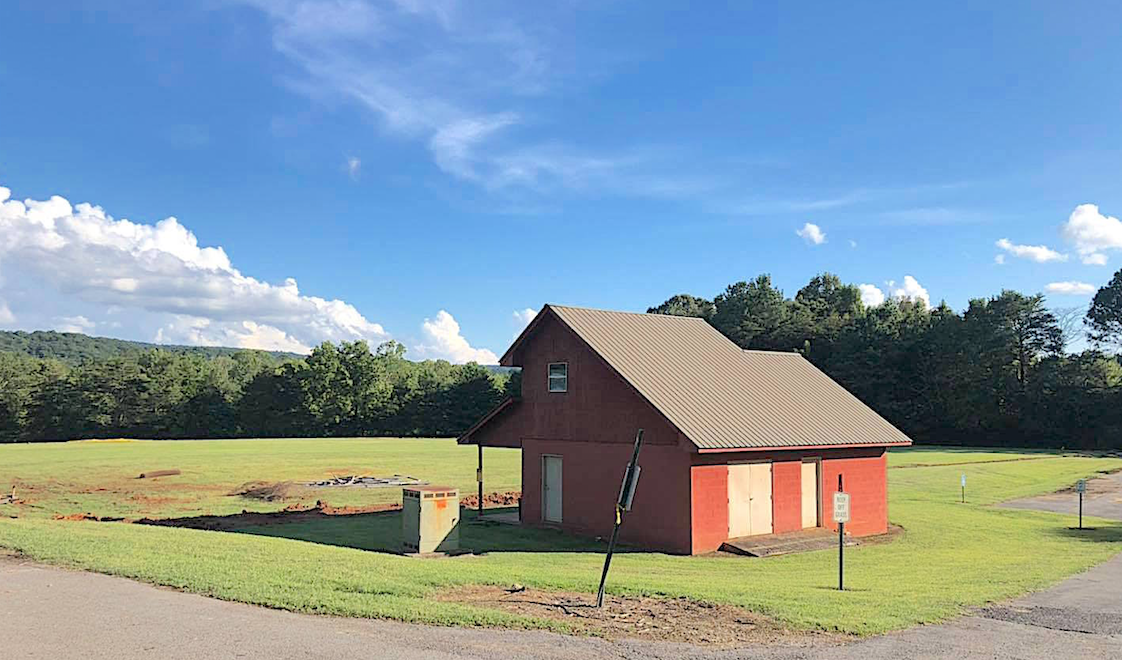 Volunteers have already taken down the fencing to ready the field for the next phase of the project. 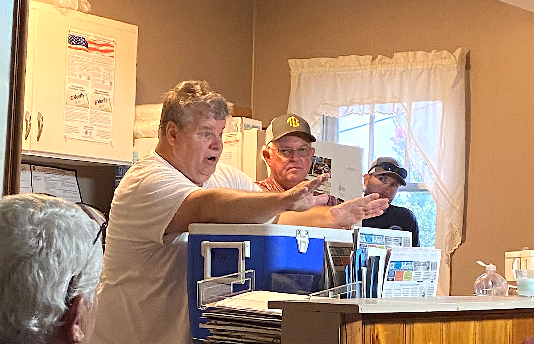 Mike Crane tells the council there are plenty of people who want to contribute work or equipment to the cause. 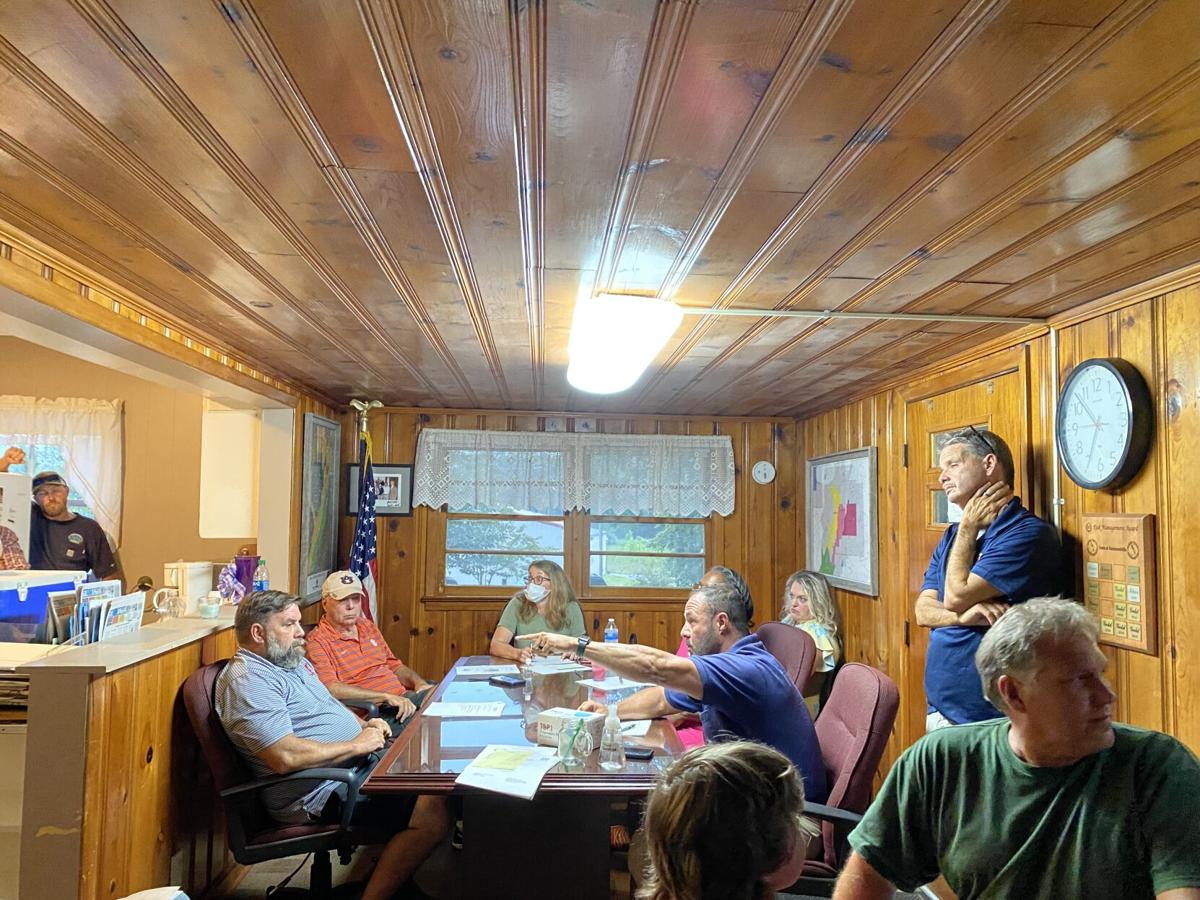 Dave Vest explains the phases of the pro

Volunteers have already taken down the fencing to ready the field for the next phase of the project.

Mike Crane tells the council there are plenty of people who want to contribute work or equipment to the cause.

Dave Vest explains the phases of the pro

The Town of Hammondville held a public meeting Tuesday night to discuss the status of the baseball field renovation.

The council’s goal was to establish a Park Committee to work with Dave Vest, president of the Valley Head Athletic Club.

It was announced last month the Hammondville field would serve as Valley Head Baseball team’s home field; however, the various parties had yet to combine efforts to begin work on the dilapidated park.

• establishing a Park Committee; the comnot chosen at the work session but are expected to be at the council’s next meeting.

• current status of where the town, athletic club and citizens are in their progress on the field, along with coordinating efforts.

• what has been finished and what needs to be accomplished in next phases.

Town hall was filled with several local residents who said they wanted to know the status of the field’s progress and the town’s plan to move forward.

One attendee, Mike Crane, said there are plenty of businesses and individuals with equipment, labor or funds to help the city and school achieve their goal.

“Most of these folks here are here because they’ve got machinery, they’ve got dozers, they’ve got backhoes, they’ve got dump trucks, and they’ve got access to dirt and gravel and things like that and are willing to help. Some of us don’t have anything but just our hands and some free labor,” Crane said.

Residents with adjoining land also attended the meeting to learn where and how the work might affect them, if at all.

Crane said there had been some confusion as to who would do what work and what phase the project was in currently.

“This was looked at for three years. Three years is a long time,” he said. “When you’re looking at a project and the only thing that's holding you back is the money, it looks like there would be something in place right now to give these folks some direction to where we’re headed.”

Crane said the project now “has wind and is going to sail”.

Councilwoman Felicia Harrison urged attendees to come together and for the city to accept the help being offered.

“These kids need a field to play on next year. There’s been two years they’ve been to the playoffs and had to go to other schools to borrow their fields,” Harrison said.

According to Harrison, she and Vest approached the board of education for help last year, but were told at the time that since it was not academic, they could not help. Now, she is encouraging anyone who can, to contribute.

Vest updated the council and guests on where the athletic club stands in contacting parties for electrical work needed and the beginning phases of the general work.

Phase I included taking the fence down, followed by removing a certain number of trees and moving in dirt. Next, Vest said Robbie Johnson would donate time and labor, if materials are provided, to build the block wall dugouts. Each phase cannot be started until the previous one is finished, he said.

“Basically, we’re just waiting on each party to finish their part,” Vest said.

It was decided the council and athletic club would contact a local engineering business in Fort Payne to either help make a blueprint of the plans or point the council in the right direction.

Crane and others during the meeting provided the council with a list of local contacts to assist the town in different areas of work, including large equipment needed and electrical work.

Combined with money from the State of Alabama, Rep. Nathaniel Ledbetter and individual donations, the town of Hammondville’s funds for the field are approximately $119,000; however, it has not been established how much the work for the project will total. A GoFundMe account is in the works, along with a sign at the field detailing the plans and ways to donate. For now, anyone who wishes to make tax-deductible donations, provide labor or anything else, can contact the Town of Hammondville Monday through Friday from 9 a.m. to 5 p.m. at 256-635-6374.

The council is set the meet again Sept. 7, but will hold another work session before the meeting. A date has not been announced for the upcoming work session. For updates, follow the Town of Hammondville on Facebook, Instagram or Twitter.