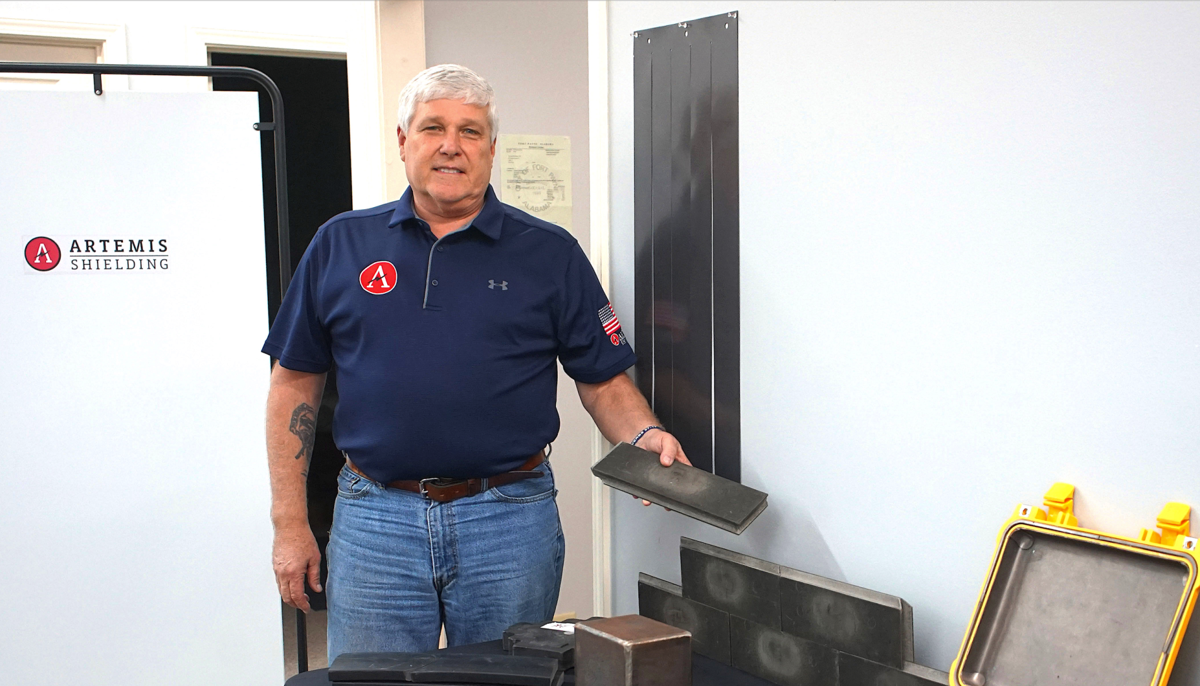 Randall Ham, above, and Buddy Lockwood show some of the company’s unique shielding products. 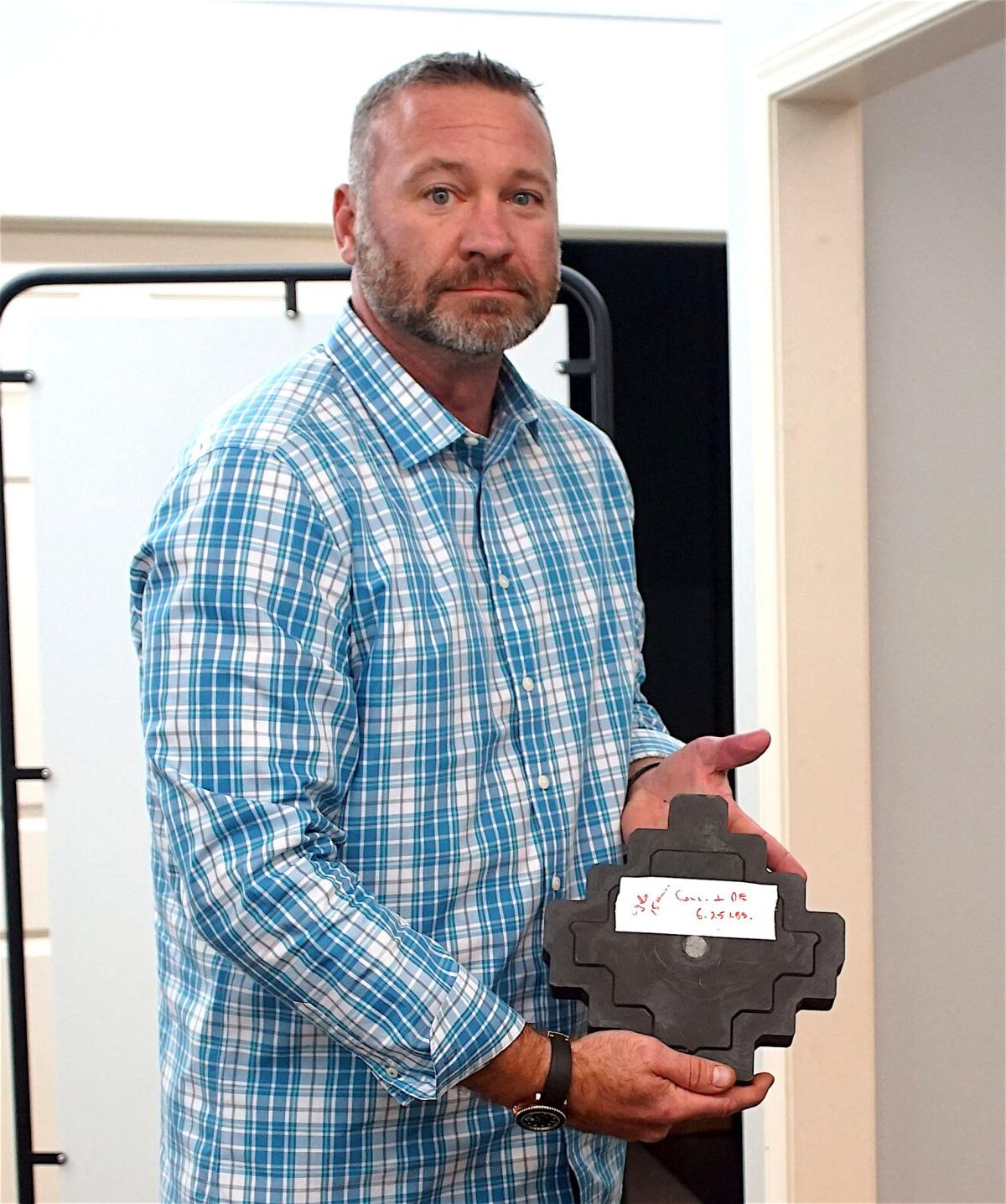 Randall Ham, above, and Buddy Lockwood show some of the company’s unique shielding products.

Because of its density, lead has traditionally been used to shield physicians from x-rays and gamma rays, which can penetrate deep into matter, thus allowing them to examine the inside of the human body. Protection is required to avoid damage to DNA resulting from long-term repeated exposure, but lead is less than ideal because it is a neurotoxin that accumulates in soft tissues and bones and can damage the human body.

One key benefit of Artemis products is that many are lead-free and nontoxic while still offering strong protection.

Artemis Director of Sales and Marketing Randall Ham said their patented materials are designed to be less susceptible to radiation leaks while allowing for easier transport and faster installation of modular, expandable components in any environment – from a C-130 cargo plane on a humanitarian mission to the unforgiving vastness of outer space.

On Feb. 20, Artemis Shielding material resembling rubber or plastic was used in Northrop Grumman’s Cygnus resupply spacecraft which launched from NASA’s Wallops Flight Facility in Virginia. The company’s material was commissioned to protect testing equipment from the harmful effects of radiation during extended exposure periods on the International Space Station.

“[Astronauts] originally planned to use it in space between 90 and 120 days, but they’ve gone beyond that, so they’re happy,” Ham said.

Private space companies have an eye on returning humans to the moon and eventually Mars. This will require continued innovations to deal with high ion radiation since the technology used today was designed and tested for low Earth orbit only. The sun continuously emits protons in the solar wind while particles from deep space contain higher energies.

Someday, travel to orbit may become as ordinary as daily commercial flights. If you’ve taken such a trip recently and experienced the joys of running your carry-on luggage through a security checkpoint, you’ve no doubt seen their state-of-the-art, lead-free and non-toxic security curtains integrated into the scanning devices that allow TSA to peek inside bags for any threats to passenger safety.

“The curtains are one of our most popular products,” Ham said. The protection is critical in the post-9/11 environment. Artemis Shielding partnered with IDSS, which has deployed thousands of these security scanners and is developing high performance, next-generation CT x-ray based security scanners.

Artemis also makes products to protect people from radiation in the medical field and partners with the Birmingham-based Rampart IC to offer protection for cardiologists and lab technicians, Ham said. In the past, technicians performing diagnostic scans relied on heavy lead aprons that limite their mobility to shield their internal organs from repeated exposure to radiation.

“Those aprons created a lot of back issues for people wearing them, so the health threat was orthopedic,” Ham said. New shielding products offer alternative protection so the lead aprons become unnecessary.

Artemis products also offer protection to the inspectors scanning the nation’s food supply for bone and metal fragments inside processed food containers before the end up on grocery store shelves. They have also designed containers for radioactive pills and substances administered in syringes used by physicians to treat certain types of cancer, including thyroid, bone, and prostate cancer. Artemis also works with the nuclear power industry and others seeking customized protection.

Lockwood said partnering with private contractors and government agencies requires a high degree of testing to understand exactly what to expect from products, along with some degree of secrecy. Artemis continues to develop new products and partnerships to address society’s needs for better science, security, health and technology.

A few clouds from time to time. Low 33F. Winds light and variable.