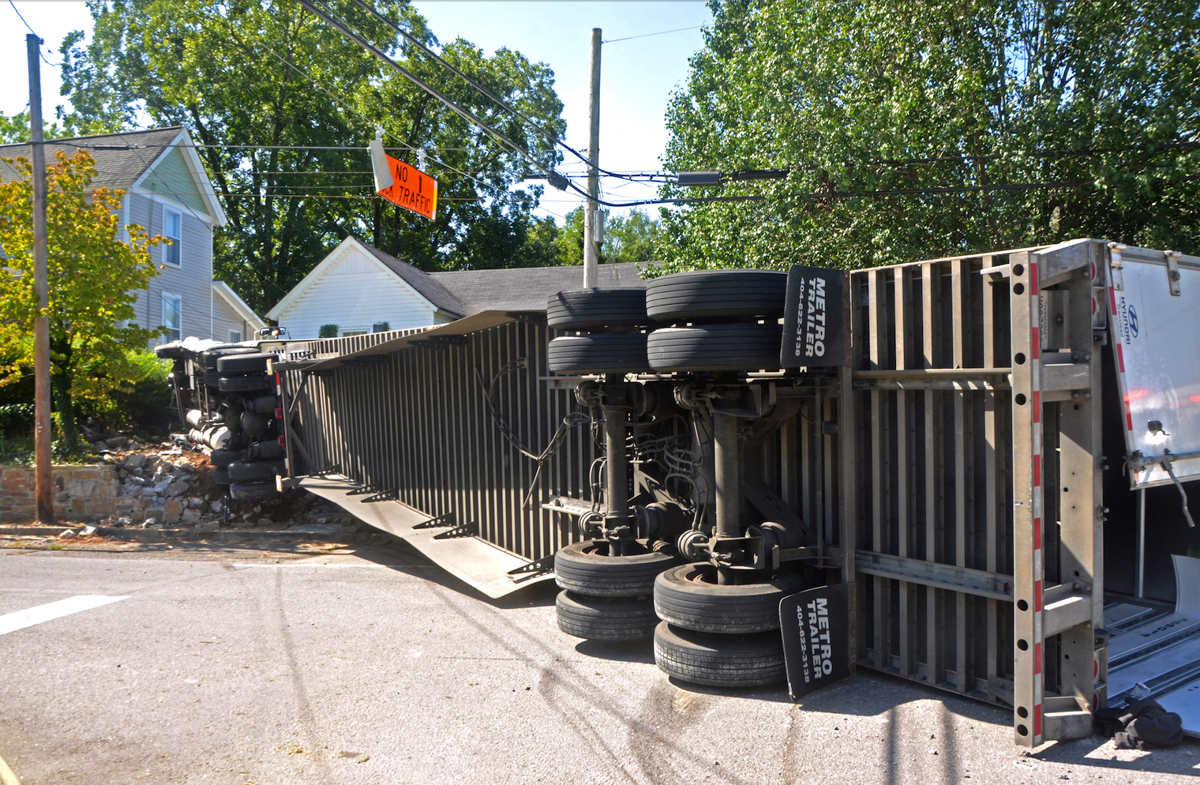 This Monday morning crash at Joe's Truck Stop was unique in that the truck driver said he turned left, against the sharp curve, to avoid striking an oncoming car. 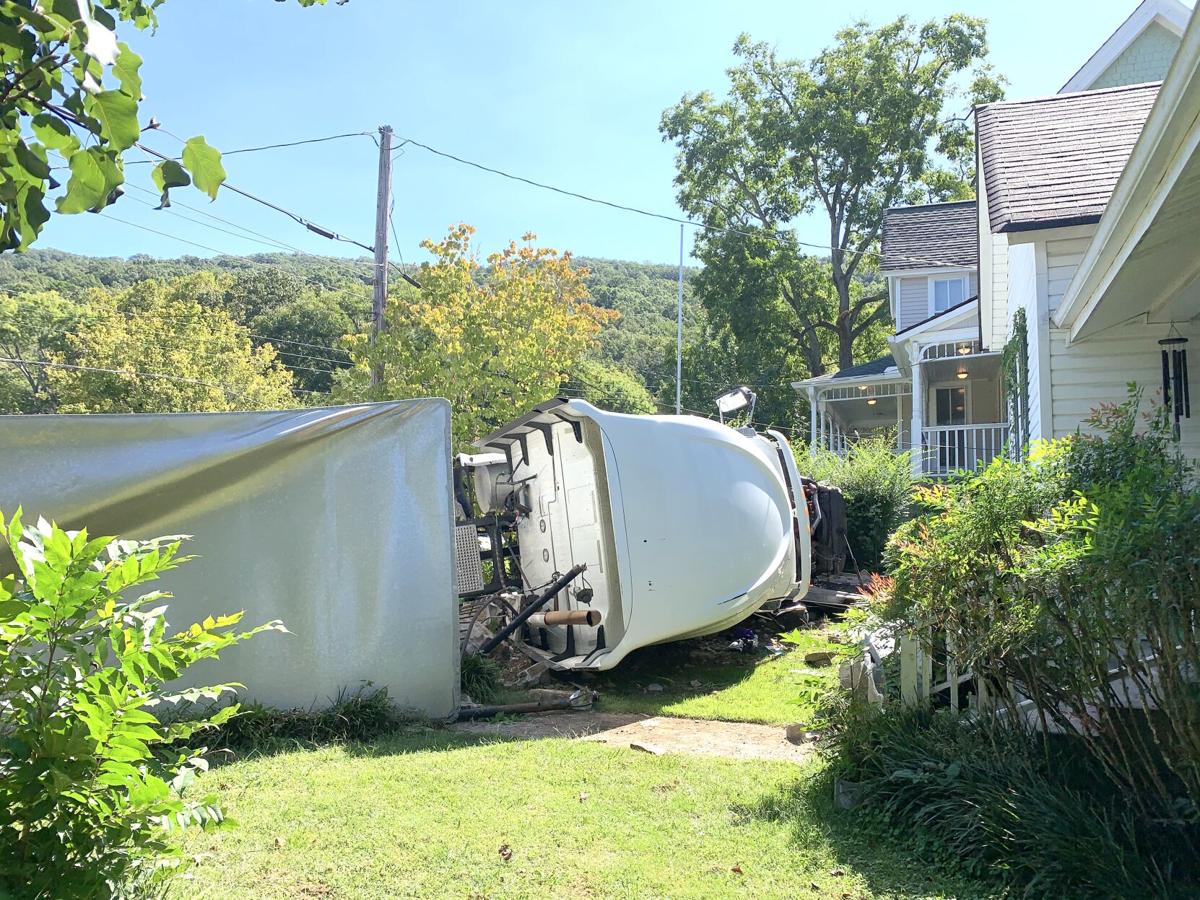 The crashed truck rests on its side after smashing through a rock barrier. The yard of this home on Fifth Street N was littered with shattered glass, plastic and twisted metal Monday morning.

This Monday morning crash at Joe's Truck Stop was unique in that the truck driver said he turned left, against the sharp curve, to avoid striking an oncoming car.

The crashed truck rests on its side after smashing through a rock barrier. The yard of this home on Fifth Street N was littered with shattered glass, plastic and twisted metal Monday morning.

For the second time in less than a month, a large truck has crashed Monday at Joe’s Truck Stop, the infamous sharp turn at the base of Alabama Highway 35. This time, however, the truck driver swerved left against the turn and barreled into a yard, nearly smashing into the front of a house.

The driver, Rodney Chandler, 54, of Snellville, Georgia, who was alert and walking around after the accident, said he swerved to avoid crashing into a car that was about to make the curve and start up the mountain.

In a statement to police, Chandler said he did stop at the mandatory brake stop at the top of the mountain but his braked went out as he came down the mountain. The truck and trailer sustained severe damage, along with the rock wall belonging to James Donald Faulkner.  The road was closed for several hours while 24/7 Wrecker Service off loaded the trailer and removed the wreckage from the scene. Chandler wasn’t injured and was able to climb out the vehicle on his own, reported Police Chief Randy Bynum.

The driver said the transfer truck was loaded with the thick wiring used for electrical power lines. He barely missed crashing into a utility pole holding such wires.

With the front engine of Monday’s wreck turned on its side and resting near the front steps of a residence, the truck trailer laid shredded open on the downturned side, partially spilling its load onto the pavement. Men emptied the trailer, placing boxed bundles of the spooled wiring on a nearby palette for a forklift to cart away, as the Fort Payne Fire and Rescue and Fort Payne Police personnel responded to the wreckage. A wrecker waited nearby for the opportunity to haul the twisted metal away.

Two blocks over, a different 18-wheeler still sat in shambles from a separate wreck at the same location. That earlier crash prompted the Fort Payne City Council to discuss Joe’s Truck Stop at its meeting last week, reviewing plans by the Alabama Department of Transportation (ALDOT) to eventually extend Wallace Avenue and give trucks more of an opportunity to slow down at the base of the mountain.

Fort Payne Mayor Larry Chesser said he expects it will take the state at least five more years before this happens. The hazardous roadway has been the topic of discussion since at least the 1950s when J.D. Faulkner erected the first 4-foot-thick steel-reinforced concrete barrier at the turn to deter vehicles that lose their brakes while coming down the mountain from striking his family’s property.

Over the years, the yard and house behind the barrier have been showered with large quantities of potatoes, steel, live poultry, cattle, sugar, lumber, manure, frozen chicken, watermelons, rice, eggs, lettuce, wood chips, marble chips, milk, cement filler, tar, clothing, cardboard and beer. Several truckers have been killed in grisly accidents. In 2012, a truck in a separate crash actually did result in damage to a home, according to news archives.

Truck drivers are cautioned at the top of the mountain with multiple signs about the steep grade and sharp turn ahead, including flashing warning lights. In 2014, the state added a mandatory brake check pull-off atop Lookout Mountain.

A few clouds from time to time. Low around 45F. Winds light and variable.