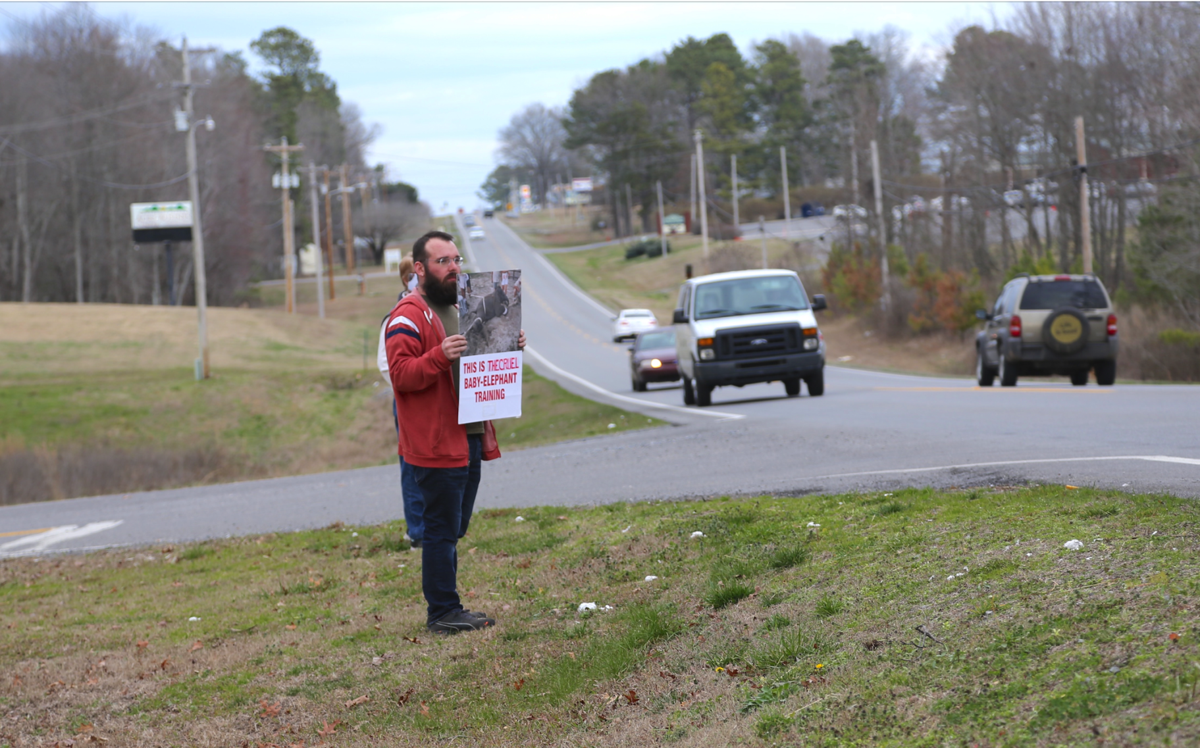 Johnathan Fuller holds a sign by the roadway Monday afternoon for motorists to see at the entrance of the Northeast Alabama Agri-Business Center. 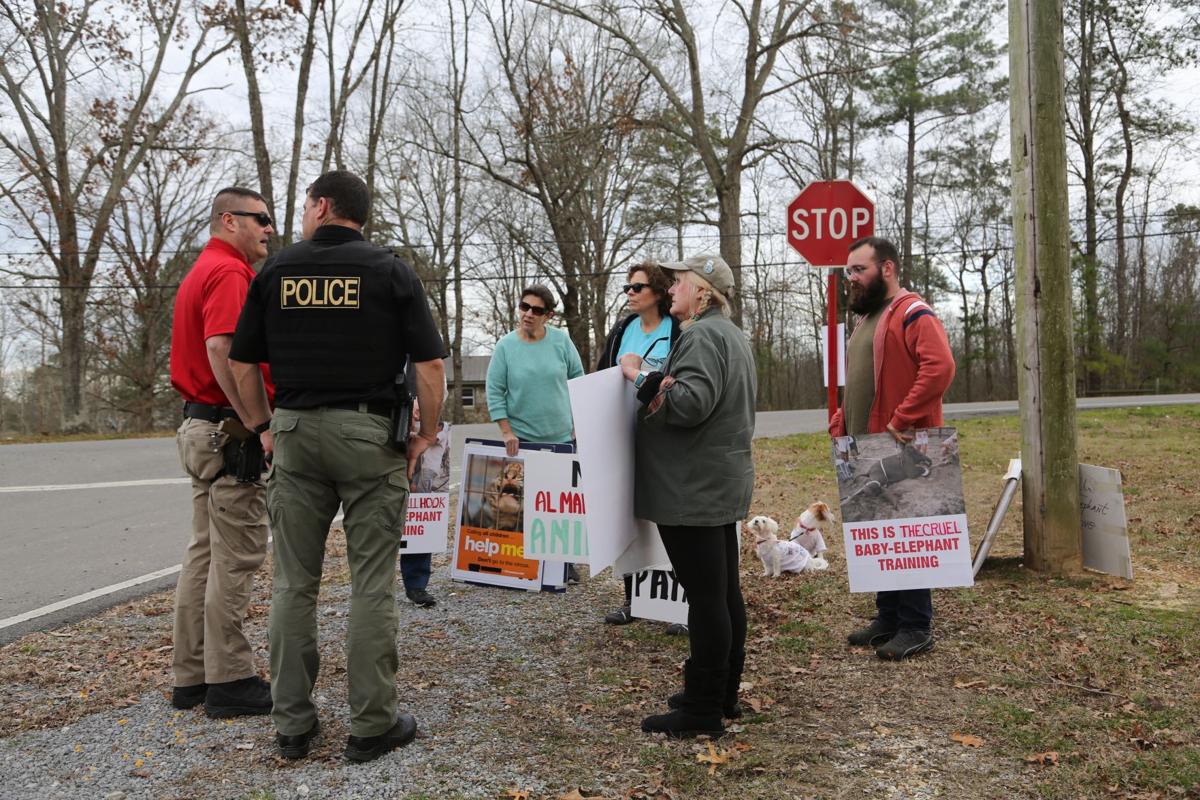 Left, the Rainsville Police Department holds a brief meeting with activists about safety while protesting along the roadway. 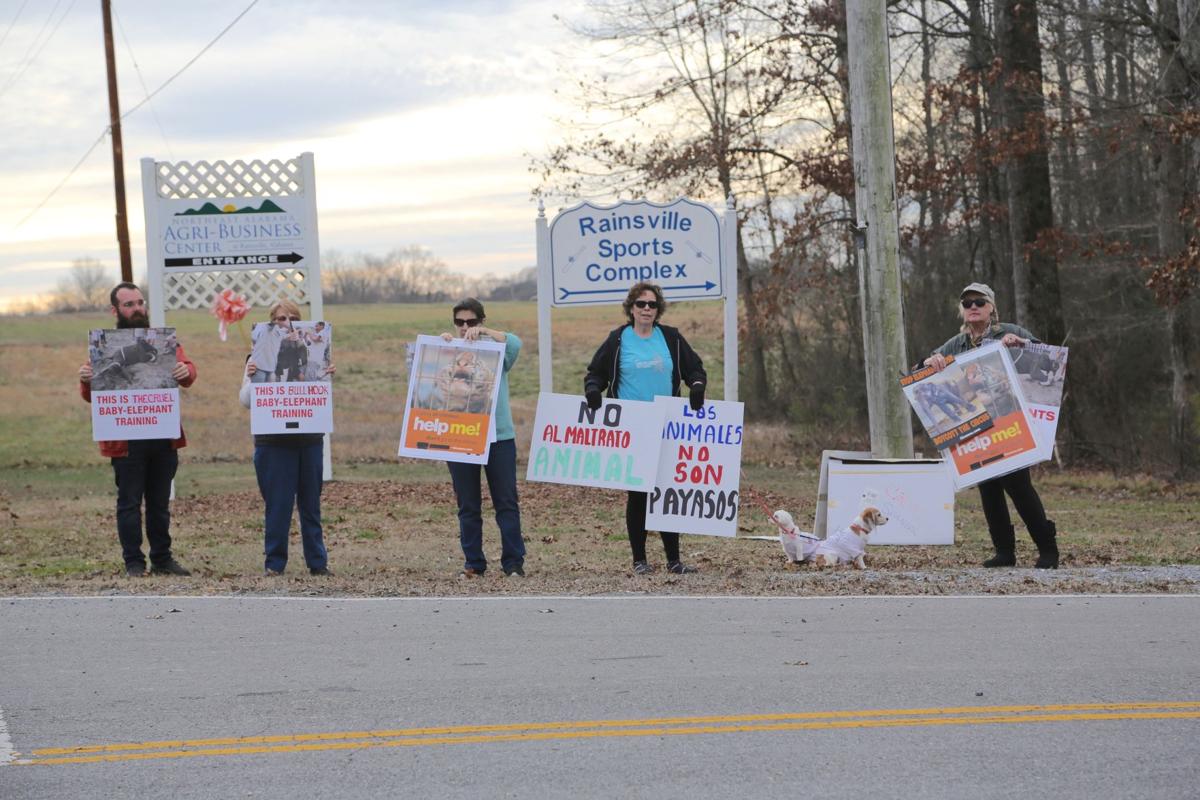 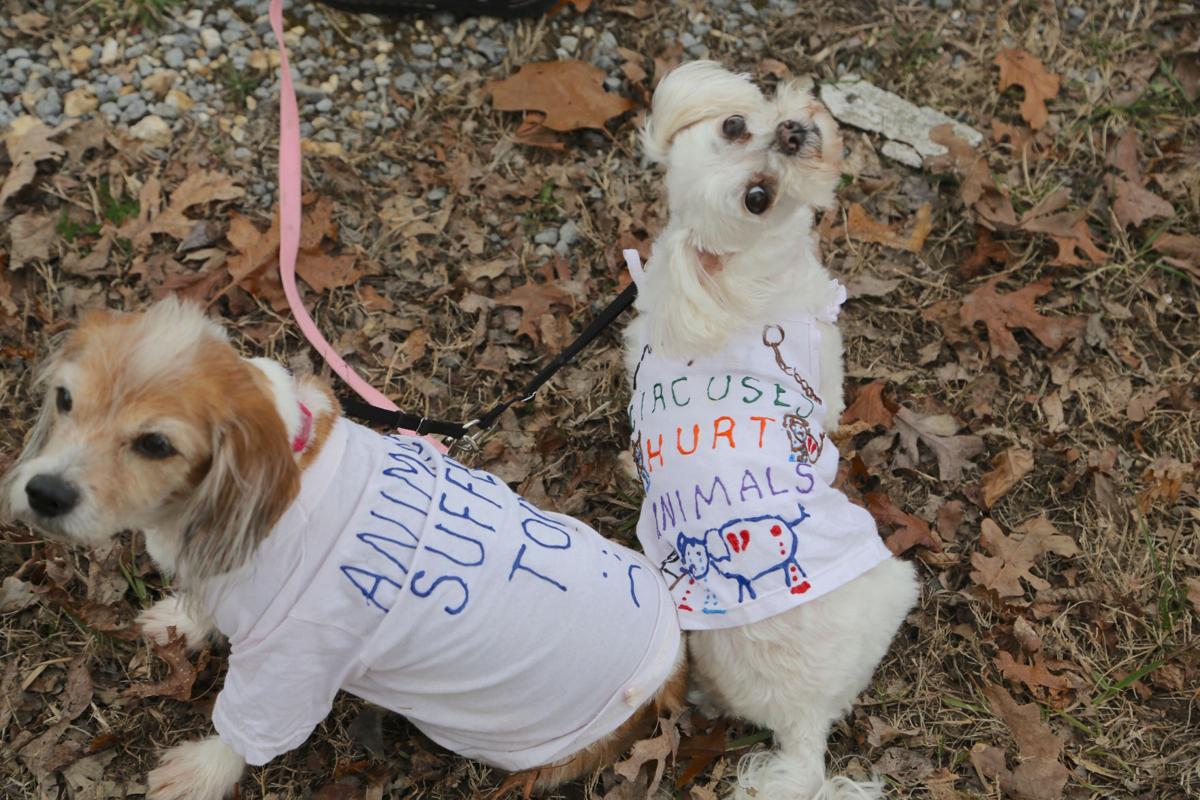 Johnathan Fuller holds a sign by the roadway Monday afternoon for motorists to see at the entrance of the Northeast Alabama Agri-Business Center.

Left, the Rainsville Police Department holds a brief meeting with activists about safety while protesting along the roadway.

The Loomis Bros. Circus made its yearly arrival at the Northeast Alabama Agri-Business Center this week.

The circus was in Rainsville Monday and Tuesday night and hundreds of people came to enjoy the two-night show. Others came to voice their opinion on the Loomis Bros. Circus, holding protest signs, both in English and Spanish. The group stood near the entrance to the center on Alabama Highway 75 for visitors to see as they drove into the parking lot.

The signs depicted scenes of exotic animals being mistreated and with quotes such as “Help me!” above a photograph of a baby tiger.

Carole Edmonds, of Pisgah, said the group of local activists have been bringing signs to protest the circus in Rainsville for at least 10 years, even before the center was built.

“Wild animals belong in the wild,” she said.

“These animals are neglected,” she said. “They need veterinary care which they do not get.”

Dalenberg said, “teach your children compassion for these animals.”

Claudia Croxton also emphasized the impact such treatment could have on the children that come to the shows.

“If you could see behind the scenes at how these animals are treated, you definitely would not want your children to see it and think it was okay to treat the animals this way,” Croxton said.

Johnathan Fuller stood near the road with a sign that read: “This is the cruel baby elephant training.” The picture shows an elephant with all of its legs tied in separate directions.

According to loomiscircus.com, the 20-year, traveling circus features three rings, exotic animals and live music. The Facebook page says it is an animal-friendly event that provides the elephants, tigers and many other animals with “the best care” 24 hours a day and seven days a week.

Rafe Starkey is the director at the Agri-business center and said the event has been a good draw for the community.

“It’s been great, and it’s been packed both performances [Monday],” Starkey said. “It’s just been a great show for us. The animals are treated just as good as any kid could be.”

Partly cloudy in the evening then becoming cloudy with a mix of light rain and snow after midnight. Low near 30F. Winds WNW at 5 to 10 mph. Chance of precip 40%.

A few clouds from time to time. Low around 35F. Winds light and variable.