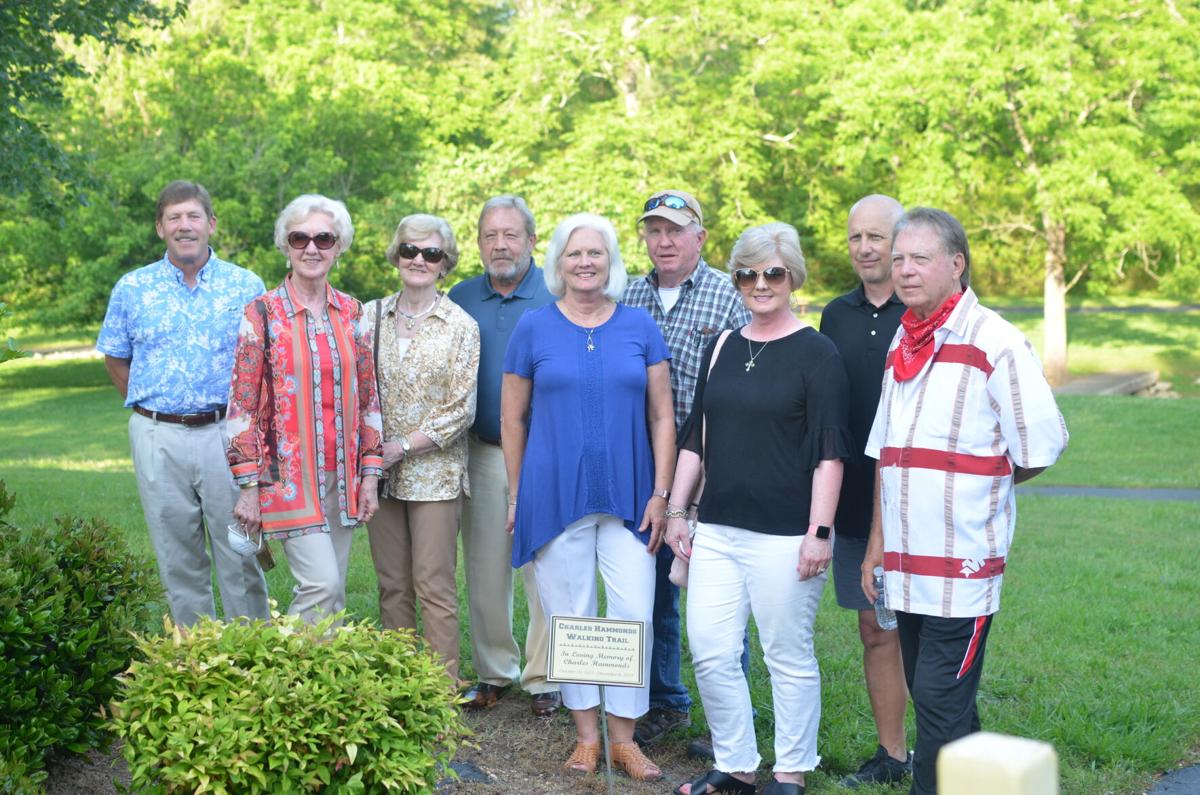 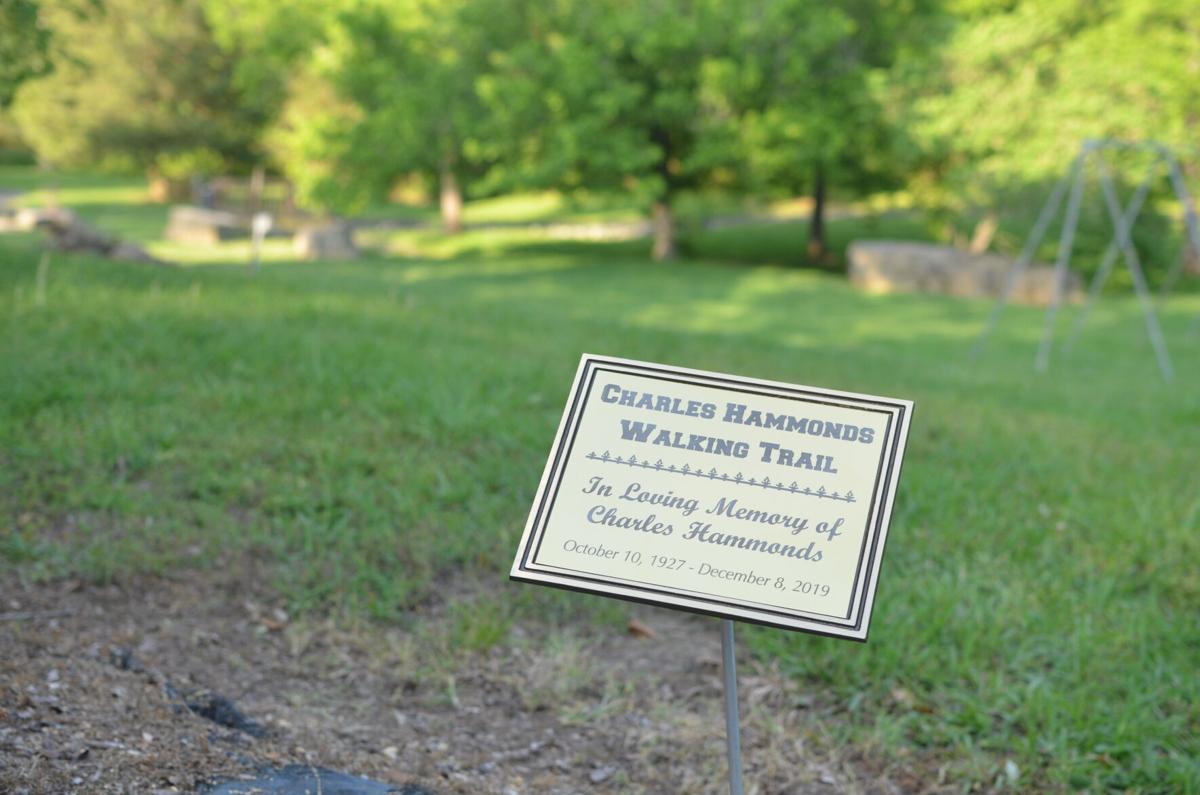 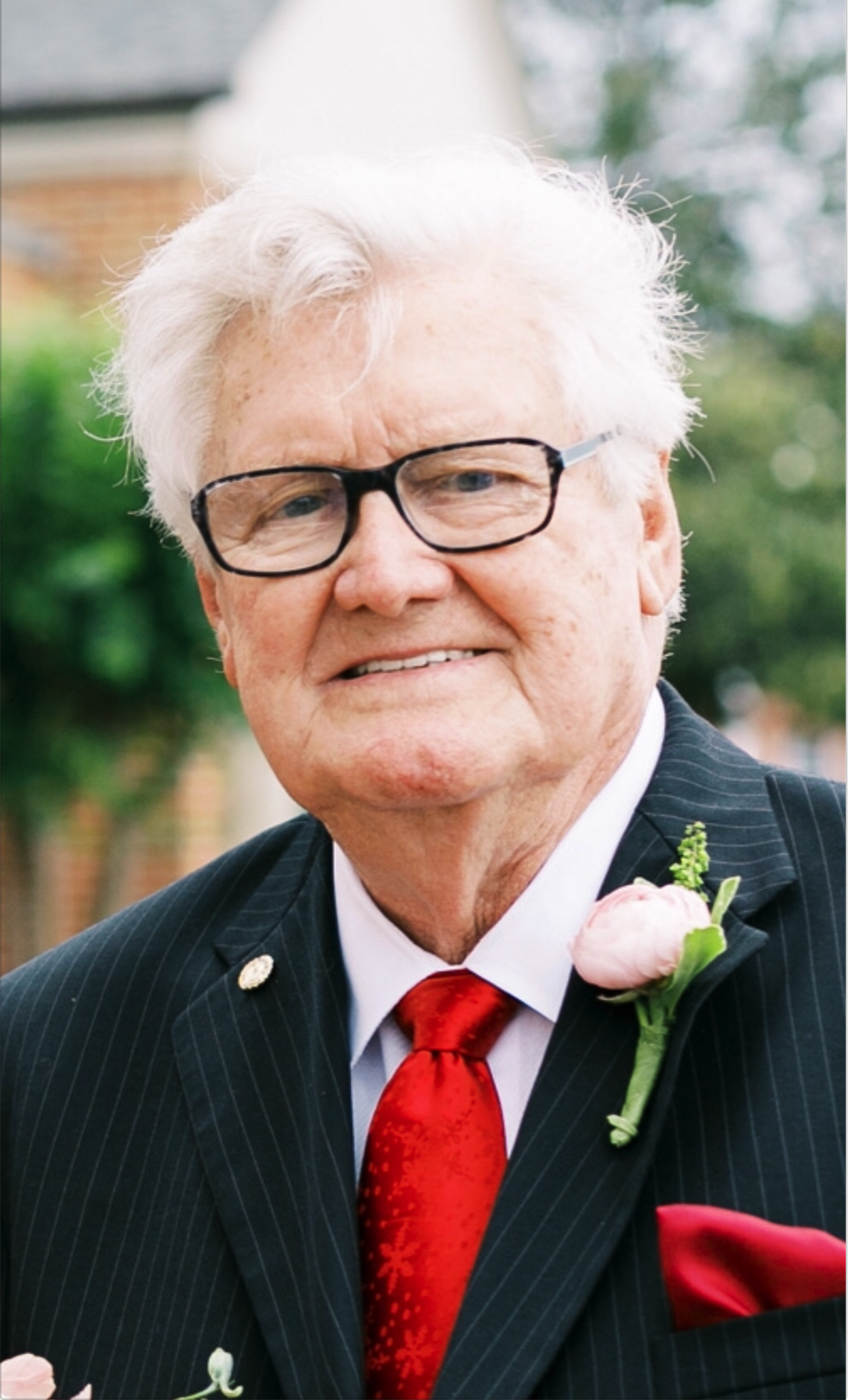 Charles Hammonds passed away in December at the age of 92.

Charles Hammonds passed away in December at the age of 92.

The Town of Hammondville dedicated the walking trail in the town park Tuesday in memory of Charles Hammonds, who passed away Dec. 8 at the age of 92.

His son, Tony, gathered with family and friends, thanked the town for the honor and spoke of his father’s fondness for walking daily at the park. He committed to walking two miles a day.

“He wouldn’t ever miss a day, except when he had a doctor’s appointment early or it was raining – the cold sure didn’t keep him from walking,” said Tony Hammonds.

“Richard Ellis, a good friend of the family, said he’d walked at least 3,000 miles with dad. Larry and Marie Bailey are a special couple that, in the last couple of years, walked with him because of balance issues – even though he thought that walking contributed to his longevity, he still had an inner-ear issue. They would walk with my dad in between them. They’re very organized people, and when they gave me a number, they said 3,100 miles. So, with Doug McMahan’s miles and all of his buddies, paired with Richard Ellis’s miles and the Baileys’ miles, I don’t think it would be a far reach to say my dad walked 10,000 miles here, maybe more,” he added.

City Council Member Brandy Akes, in dedicating the trail, spoke of Hammonds warmth, welcoming her to the community when she first arrived.

“He treated me like he’d known me his whole life. It’s only right to dedicate this trail to him so we can always remember his presence and the goodness he gave to this community,” she said.

Hammonds was preceded in death by his wife Mary and a daughter, Debra Hammonds Owens. On hand for the dedication were several members of the family including Tony Hammonds, Pam Burge and husband Bucky, Amy Kirby and husband John, as well as sisters Nadine Shipp and Kathleen Purcell.

Cloudy this evening with showers after midnight. Low 46F. Winds light and variable. Chance of rain 60%.

Cloudy this evening with showers after midnight. Low 46F. Winds light and variable. Chance of rain 60%.